On Mar. 13, a video of a woman lying motionless on the floor of a shopping mall was uploaded to Facebook page All Singapore Stuff.

Woman lying on the floor

In the 30-second clip, a woman wearing a mask can be seen lying on her side, on the floor of Jinjja Chicken.

The store is located at the basement of Clementi Mall.

Nobody at the fast food outlet, or walking past, appears to have noticed the fallen lady.

Other customers at the outlet continue eating unaware or unperturbed, or stand to the side warily.

One man approaches the woman with a temperature scanner in hand, and squats down to take her temperature from a distance.

He announces her temperature and walks away.

You can watch the full video, which was titled "Nobody help fainted lady" here.

The caption reads, "This poor lady fainted at Clementi Mall, but everyone still happily eating away."

The video has since gone viral and garnered over 3,200 shares within two hours of posting.

It also sparked some backlash from some Facebook users, who lambasted the person behind the camera for simply filming the situation and not offering help.

Other customers and visitors in the area were also criticised. Other social media users however, gave them the benefit of the doubt, stating that they might have already been waiting for an ambulance.

Some added that in light of the Covid-19 outbreak, those without proper protective equipment should not approach the woman, and that they should let professional frontline workers should handle it. 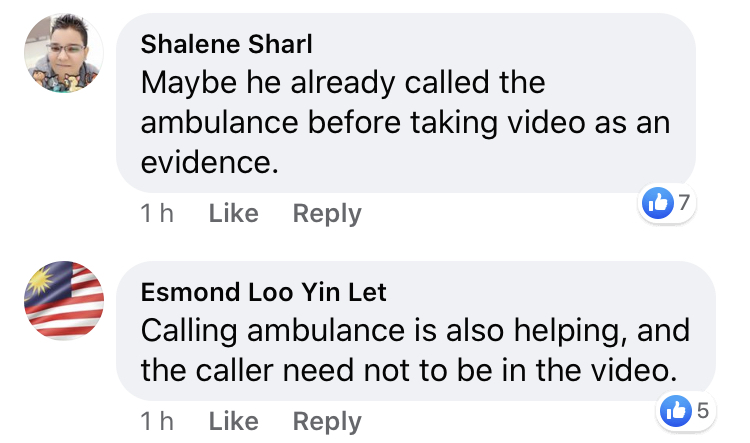 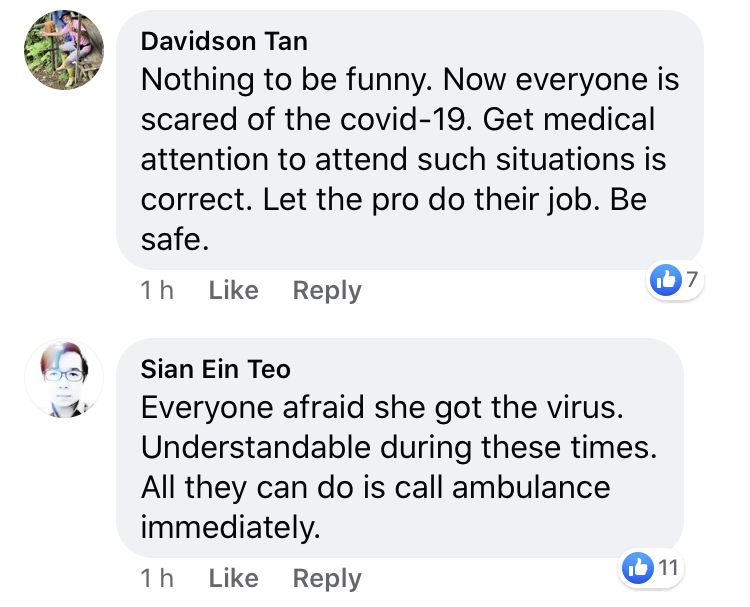 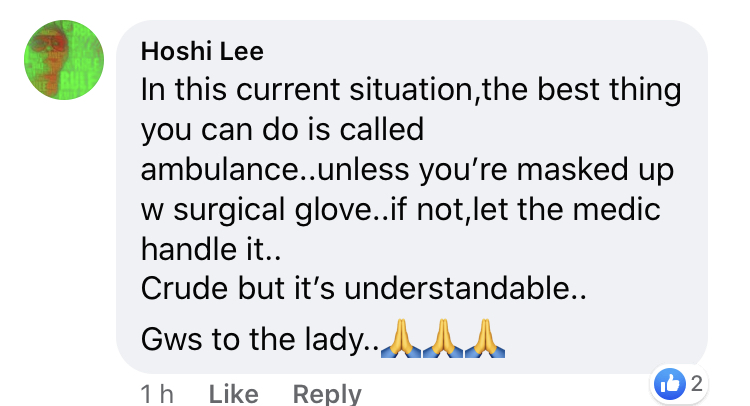 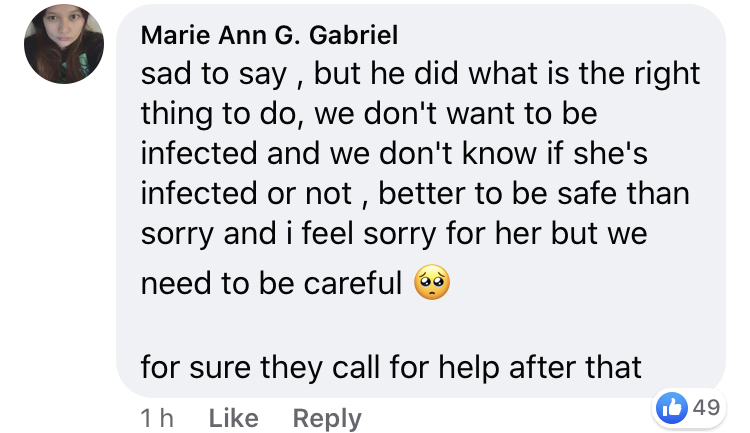 Mall security instructed others not to go near woman

Jinjja Chicken told Mothership that the incident had occurred on Mar. 11.

The woman had fainted at around 2:30pm outside the outlet.

They clarified that the woman had not been a customer of the fast food place, and did not purchase anything from the restaurant.

She had apparently exited from FairPrice next door, and stopped briefly to rest at the outlet.

Jinjja Chicken stated that as soon as she fainted, a customer from the shop immediately called the ambulance, while the outlet's manager contacted the mall's security.

The manager was reportedly instructed by security not to touch the lady and not to allow customers to go near, or touch any objects in the vicinity.

This was because the woman was wearing a mask, which indicated she might possibly be ill.

A medical team then arrived soon after. The lady also regained consciousness, according to Jinjja Chicken, and was subsequently taken away in an ambulance.

In response to queries by Mothership, SCDF said that they received a call for medical assistance at 3155 Commonwealth Ave 4 at about 2:25pm

A person was conveyed to Ng Teng Fong General Hospital in relation to the call.

Jinjja Chicken also shared that the restaurant was then sanitised twice, first by the outlet's crew, followed by the mall's cleaning crew.

The Ministry of Health will inform Clementi Mall and Jinjja Chicken if the lady is tested positive for Covid-19, according to the fast food outlet.