The coronavirus outbreak has shut down large swathes of China's industry and travel.

And the dramatic drop in activity has been captured in satellite images showing the decrease in pollution over China. 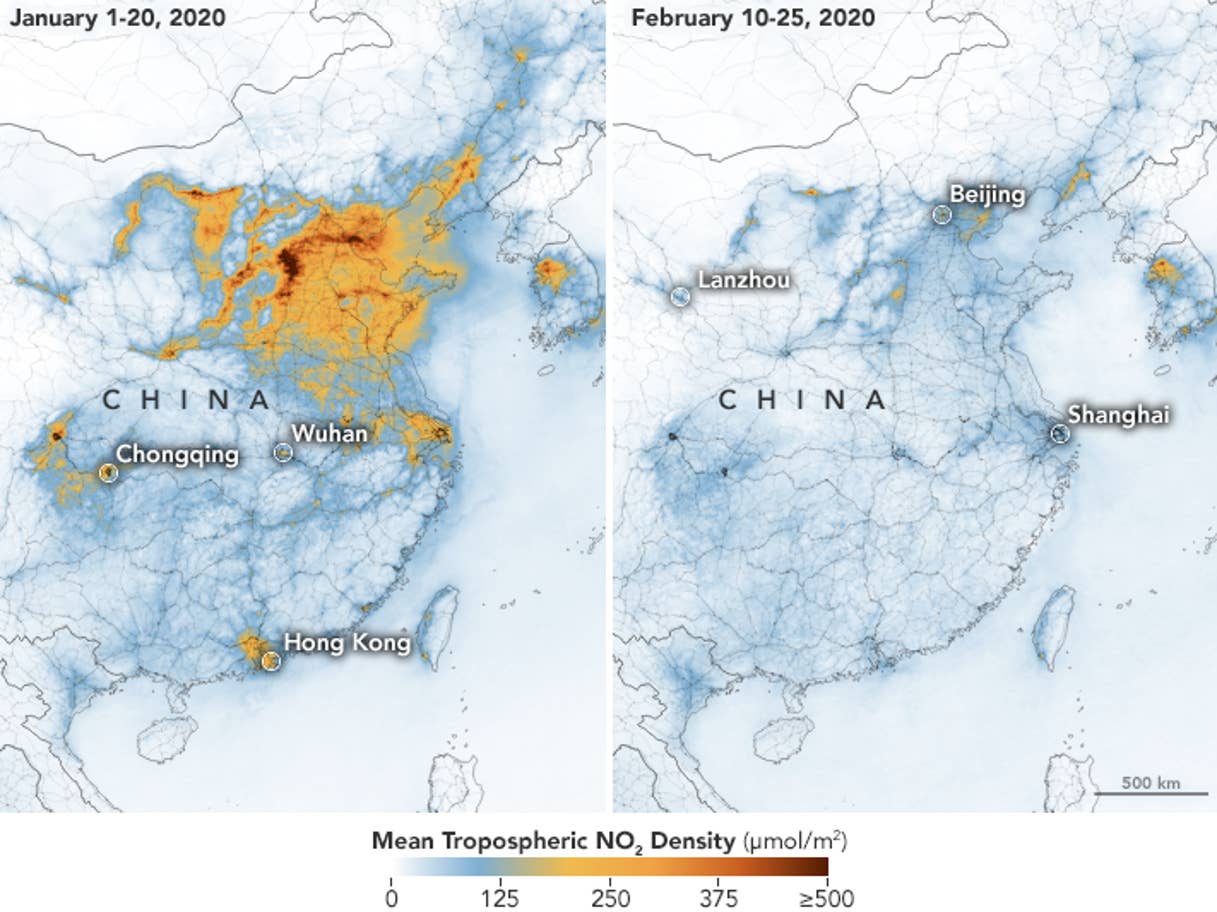 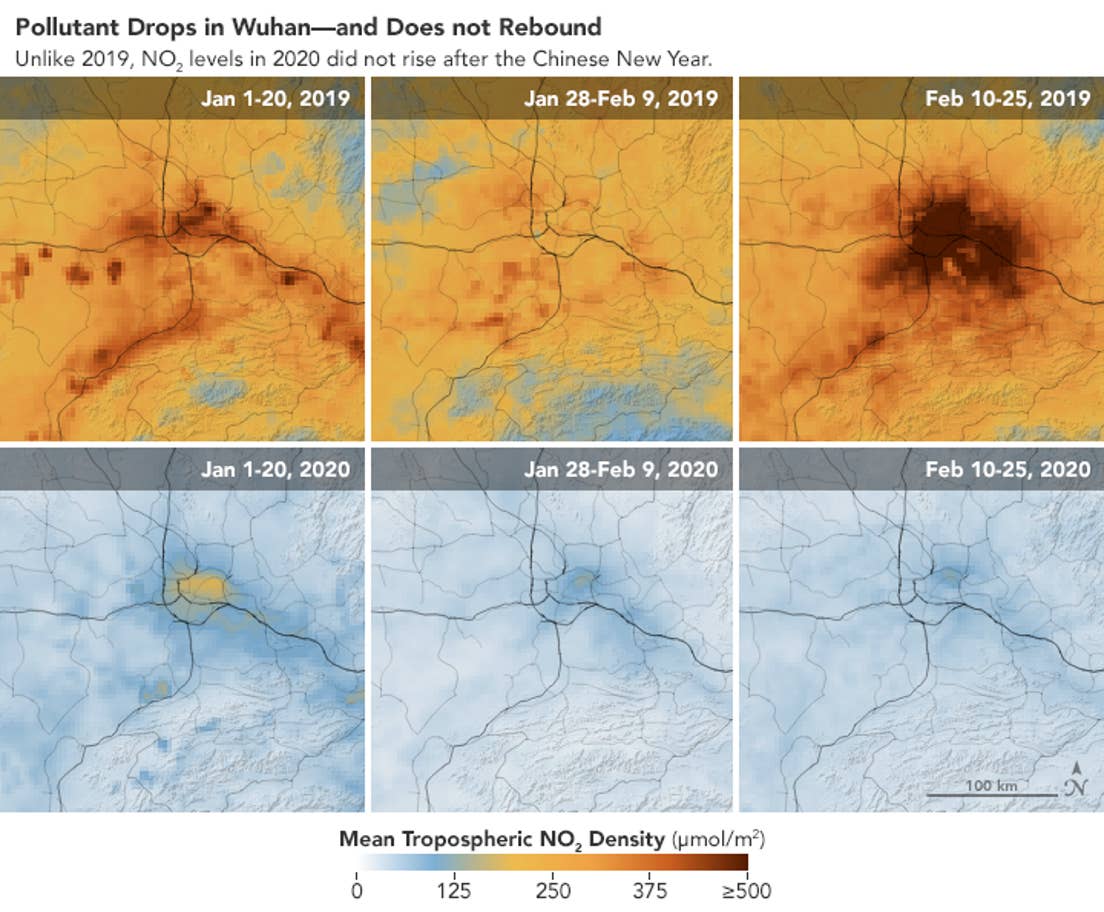 NASA maps show how levels of nitrogen dioxide, a toxic gas from vehicles, power plants and factories, plummeted after the mass quarantine.

NASA said the change was at least partly related to the economic slowdown.

The slowdown was caused by efforts to contain the virus as well as a negative feedback loop kicking in with lower economic activity generated as a result.

The space agency’s scientists said the fall in pollution was first apparent near Wuhan, the source of the outbreak, but eventually spread across the country.

Scientists previously estimated the coronavirus wiped out at least a quarter of China’s emissions of damaging greenhouse gases in just two weeks in mid-February.

A sharp drops in the burning of fossil fuels — a key cause of the climate crisis — in the world’s largest greenhouse gas producer has been an unexpected positive side-effect of the virus.

“This is the first time I have seen such a dramatic drop-off over such a wide area for a specific event,” said Fei Liu, an air quality researcher at NASA's Goddard Space Flight Centre.

She said she had seen a decline in nitrogen dioxide levels during the economic recession of 2008, but said that decrease was more gradual.