A 42-year-old Singaporean, Mok Wai Hoe, has won an award in the Underwater Photographer of the Year (UPY) competition on Feb. 22, 2020.

This year is the first time a Singaporean has won the overall prize in one of the categories. 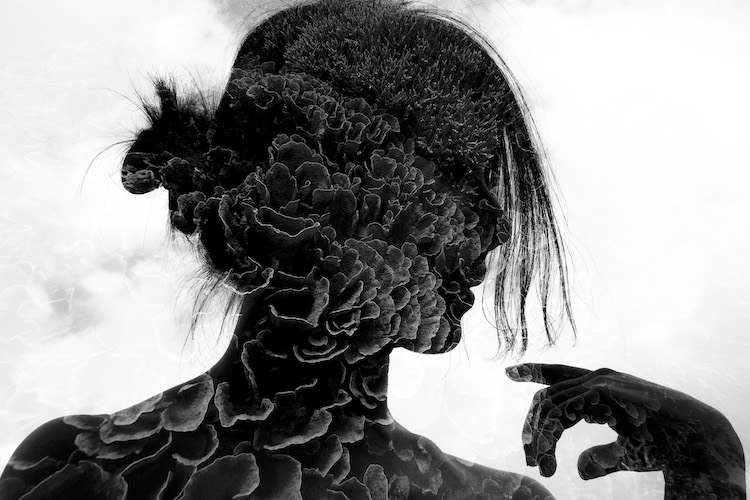 Mok told Mothership that he received his award virtually and watched the competition through live streaming, as he did not want to travel to the U.K. amidst the global novel coronavirus outbreak.

Photographer took a week to find the right underwater shot

Mok's winning shot, "Layered Thoughts" was a double-exposure photo of his wife and a coral reef in Komodo National Park in Indonesia.

He captured the photo of his wife and re-exposed the same photo of her with a photo of a coral reef.

It took him a week to find the right underwater shot in Indonesia.

Mok said the photo did not involve any photo editing software.

"The image is not created using any photo editing software. It is created in-camera, using a technique called double-exposure. A photo is first shot and then re-exposed on a textured background. The result is a single RAW file saved in the digital camera. This technique pays tribute to multiple exposure techniques in traditional film photography, where a film negative is rewound to expose another image on top of an existing one."

While double-exposure photography is not new, Mok mentioned that he had never come across an example of this technique being used for underwater photography.

After a year of researching and experimenting, he finally mastered the technique of double-exposure underwater.

Mok said the camera he used was a Canon 5D Mark III.

He shared that the silhouette image of his wife was shot using a 24-70mm lens, while he used a 16-35mm lens for the underwater second-exposure, aided by a pair of underwater strobe lights (Seacam Seaflash 150D).

To thank his wife, who stood on a step-ladder and participated in several of his shoots, the photographer said he will be getting her something nice with the prize from the competition.

He said: "I selected the US$600 voucher for Scubalamp products."

For coming out tops, Mok could pick from a range of prizes that included products and trips, but his wife needed a video light.

He said it was his way of thanking her for her troubles.

According to one of the judges from the competition, Alex Mustard, Mok's shot was praised for being "memorable":

"They say the best ideas are the simplest ones and this is a stunning and original photo that is without doubt one of the most memorable in the contest. The minimalism of the concept marries perfectly with the monochrome presentation. An exquisite piece of competition photography."

According to the UPY competition's organisers, this is the first year Singaporeans have won the contest, since it started in 2015.

He is one of two Singaporeans to win overall prizes in different categories.

In 2018, the UPY competition attracted over 5,000 underwater photographs from photographers in over 60 countries.

Started winning awards for his underwater shots in 2013

When he first started scuba diving in 2009, Mok had a point-and-shoot camera inside a plastic housing, which allowed him to document and share what he saw underwater with his family and friends.

While underwater photography and diving started out as a hobby, he started to take it more seriously when he signed up for a trip to South Africa in 2011, where he met photographers from all over the world.

He won his first award in 2013, in a competition organised by Ocean Geographic magazine, where his photo essay received first place and overall grand prize in the competition.

While the awards were great to receive, Mok shared with Mothership that he would like his photographs to serve as a stark reminder for the importance of conservation of our oceans and seas.

In the decade that he has been diving, he has witnessed coral bleaching, disappearance of important predators, such as sharks and the perils of plastic pollution.

He shared that topics surrounding climate change can be difficult for members of the public to grasp as it involves experiencing the change first-hand.

This is where he hopes that his photographs help to inspire behavioural change to protect nature as people will be able to see that there is a lot worth protecting in the oceans and seas.

When asked about his favourite subjects to shoot underwater, Mok said:

"My favourite subjects are sharks - the bigger the better, the more the merrier."

Growing up with films about man-eating sharks, such as Jaws, he had a fear of sharks and a lot of misconceptions about them.

However, he said that those fears melted away and he only had fascination, awe and utter respect for sharks after diving with them.

His love for these majestic creatures can be seen in his shots of them in their natural state, which he describes as "placid and graceful":

Tips for those looking to pursue underwater photography

For those looking to pursue underwater photography, here are two tips from Mok:

You can check out his winning image and other winning shots here.