The author came into contact with a Covid-19 case, and was subsequently quarantined as a first-degree contact.

She describes what it was like serving out her Quarantine Order (QO) at home, and reflects on these two weeks.

The first call was straightforward enough. After all, by that time, the news had already explained what contact tracing was.

Someone over the line identified herself as calling from MOH, and quickly explained that I had transient contact with a suspected case. She also advised me to monitor my well-being over the next couple of days.

I thought to myself: Eh, what are the chances that this suspected case will turn out to be confirmed?

At that point (with less than 30 cases in Singapore), the thought of being in possible contact with any actual carrier of the virus seemed far-fetched.

But shortly after, another caller from MOH calmly said the suspected case had just been confirmed, and told me to head home to wait for further instructions.

It all became pretty real rather quickly, and it finally sank in: I was a first-degree contact.

No hazmat suits, only surgical masks

As soon as I got home, I called my mum and dad to let them know. I was expecting them to overreact (typical Asian parents), but they were surprisingly calm.

Perhaps a little unsure as to how to process this information, my dad said: “Okay, drink more barley water.” I suppose it was his way of showing concern in whatever way he knew.

Another call informed me that some officers and nurse would be heading over later that evening, to check if my home was suitable for home quarantine, and to serve me Quarantine Order (QO) papers.

They arrived late at night, just before 11pm (nope, they were not dressed in hazmat suits, only surgical masks).

To qualify for home quarantine, one would need an “isolation room” with an attached toilet (unless you live alone of course). I live with my fiance in a small flat with 2 bedrooms, but only one toilet (unattached to any rooms).

After some deliberation, they let me stay in my flat but with one condition-–I was to have minimal contact with my fiance, separate rooms and all. All cool.

We finished up the paperwork, took my temperature (I didn’t have a functioning thermometer so they gave me one), and they left me to start serving my QO.

I got my first call midday into my first day of being quarantined. It was a video call via WhatsApp.

The caller seemed friendly enough, and asked for my most recent temperature reading. He also asked me to show him three different angles of the room, so he could take some screenshots.

“Thank you so much have a nice day! Oh by the way, we will be calling you three to four times a day so make sure you have your phone with you. Bye!” said the caller.

I would receive calls every day, at around 8am, 2pm and 8pm, to check on my health. During these calls, I would also have to give them my temperature readings.

Over the rest of QO, I would carry my phone with me wherever I went (well, it wasn’t like I had many places to go to anyway), in order to not miss these calls.

The earliest call I got was about 8am, and the latest some time at about 1:30am. The caller chirped “Good morning!” for the call at 1:30am, and apologised for calling at such an unearthly hour.

I felt an initial flash of irritation given the late call, but this soon gave way to shame. Because the truth is, he shouldn’t be apologetic, I should be thankful.

It hit me how this caller was putting in long hours for a seemingly mundane (but important) task of recording our temperatures; the 1:30am call (my third call that day) probably meant there were many other QO folks to get through before he reached me.

Being quarantined made me realise the extent of the efforts devoted to contact tracing, which must have been a huge logistical undertaking. All in a bid to keep Singapore as safe as possible.

Seeing the (possibly) worst, and also good in others

Anyone under home QO is not allowed to leave their house. Social responsibility aside, stepping out for a stroll in the park comes with a S$10,000 price tag for first time offenders.

As per the official guidelines, you are advised to get food delivered and left outside the door, to limit contact with another person.

I tried to be as careful as possible and avoid human contact when getting my food delivered. When I told my delivery driver to leave my food outside the door because I was under quarantine, he seemed to exhibit mild panic.

Which is perfectly understandable, given that most people are generally anxious and fearful during this time. So I shrugged it off, because at least I’ve got food.

But when I decided to replenish my groceries on online grocery platforms, I was sorely disappointed by the amount of items that were out of stock after Singaporeans rushed to buy a whole plethora of goods (including instant noodles and toilet paper) when DORSCON Orange happened.

Given such uncertain times, I can empathise with the panic. But I couldn’t help but feel that this hoarding mentality is really selfish.

Because this means that a good portion of people–those on their weekly grocery runs or others like myself looking to get groceries delivered as I am unable to leave the house–cannot get their hands on essentials.

Sure, the virus is certainly frightening, but what is also frightening, I think, is the potential for people to do some really extreme things when they panic.

Thankfully, I had decided to stock up on groceries on the very first day of my QO, right before everything was out of stock. 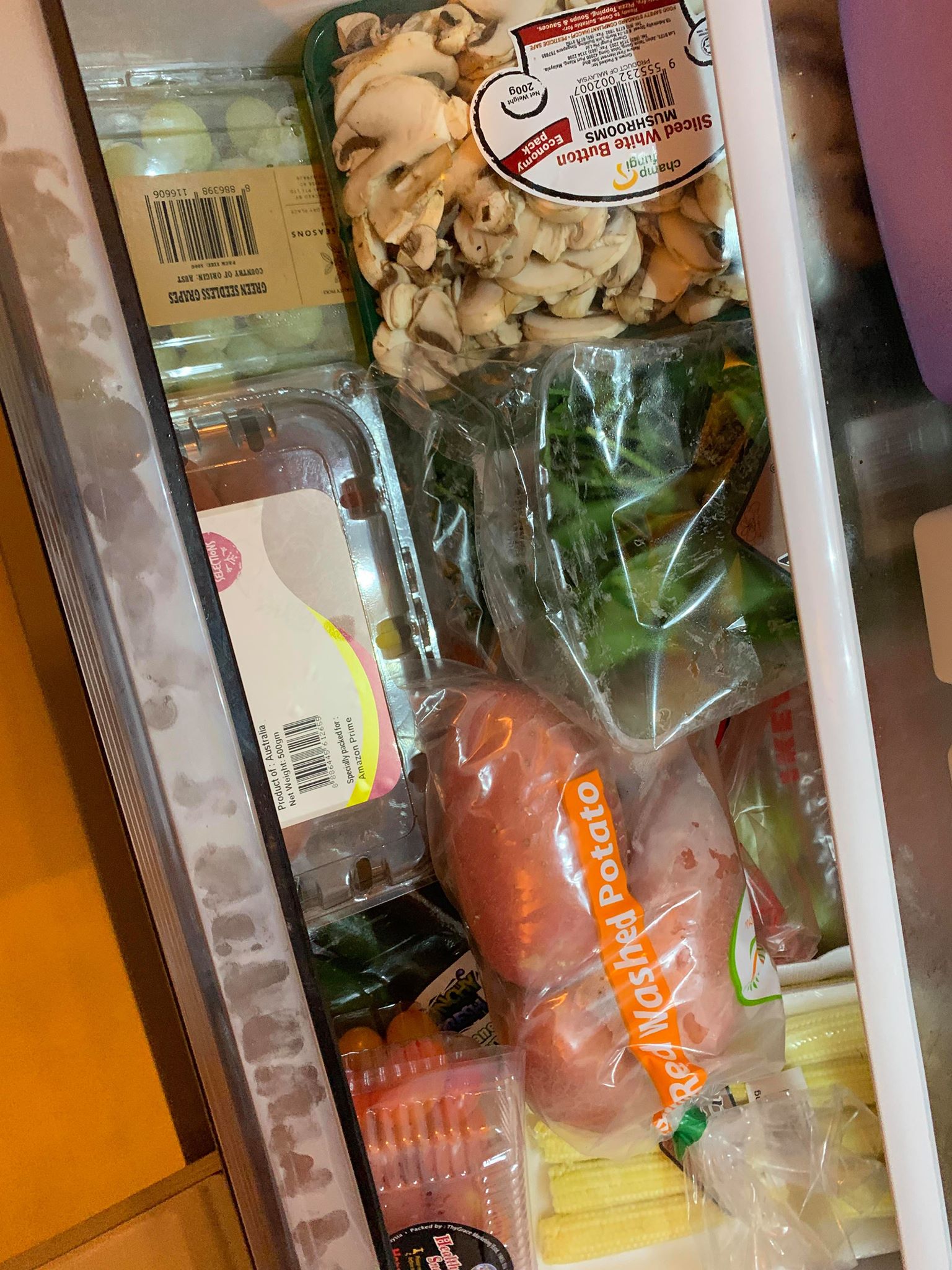 And more importantly, while I have observed the ugly side of some Singaporeans, I have also witnessed how generous others can be in trying times like these -- I’m extremely grateful, for instance, for my very sweet friends and family who constantly checked in on me, and who readily offered to buy and leave food at my door.

Do I blame the confirmed case that I came into contact with, resulting in me being quarantined for nearly two weeks? No, of course not. After all, nobody wishes to be infected with the virus.

But was it tough being quarantined? Yes, perhaps it was a little tougher than I expected.

During the entire time, I realised that I have taken little things for granted. Like going downstairs to buy food from the coffeeshop, interacting with community cats, or riding my bicycle.

But all in all, I think it wasn’t so bad. I count myself lucky that I could still get some work done at home via my laptop, and I was also fortunate to not have been in utter isolation, knowing that my fiance was just a room away (he had opted to be quarantined as well).

By the last morning before the end of my QO, I was counting down the hours to the time that I could walk out of my door.

The call came from MOH, to check my final temperature reading. I asked the caller how this QO would end, and he said “Er just walk out the door?”

I don’t know what I was expecting, but yes, that’s all there was to it.

If there's anything to take away from this experience, it is the realisation that small acts of kindness can go a long way. And that Singaporeans can all benefit from being a little more considerate to each other.

From healthcare professionals and contact tracing staff who work around the clock to service staff and delivery personnel who deliver food and parcels to your doorstep.

After all, you’ll never know when you’ll need that kindness returned.