In the lead-up to the Taiwanese presidential election, Chinese state broadcaster CCTV reported that Han Kuo-yu, the presidential candidate from Kuomintang (KMT), was receiving way greater support than candidates from the ruling Democratic Progressive Party (DPP).

In an episode of CCTV's Across the Strait (Hai Xia Liang An) current affairs programme that was aired on Dec. 23, 2019, the news anchor, Sang Chen, claimed that the number of people who turned up for the pro-Han rally in Kaohsiung on Dec. 21, 2019, was twice the number of the anti-Han rally.

In addition, she questioned if the numbers provided by both camps -- 350,000 for the pro-Han camp, and 500,000 for the anti-Han camp -- really reflect the ground situation.

CCTV: All estimates point to greater turnout for pro-Han rally

Lai Yueqian of China Times, one of the four biggest newspapers in Taiwan, who was invited to speak on the programme, claimed that according to police estimates, about 60,000 people showed up to support the Kaohsiung mayor, as compared to just 25,000 people who turned up for the anti-Han rally. 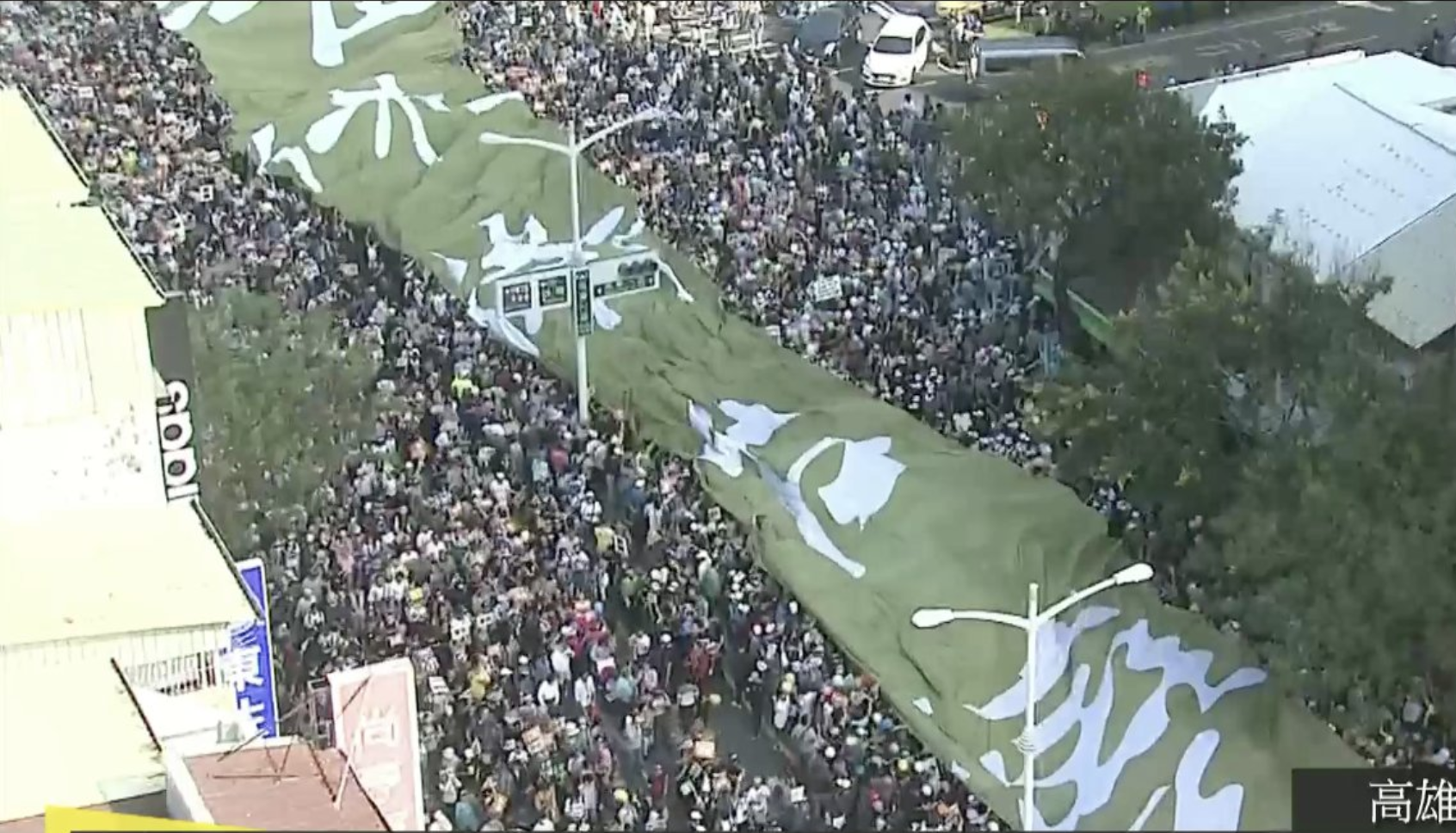 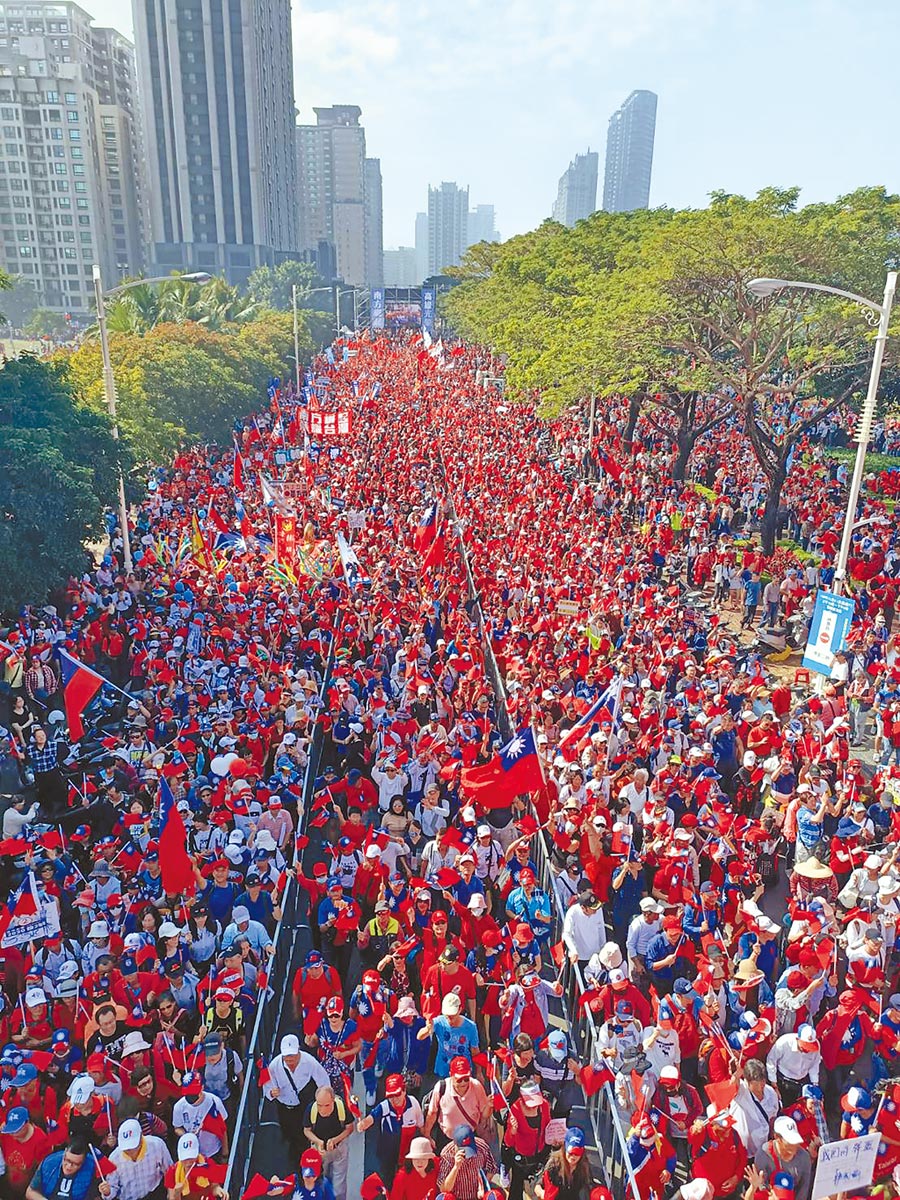 The pro-Han rally that Han called for in response to the anti-Han rally. (Image via China Times)

In addition, he claimed that the Kaohsiung police, having been "pressured by their higher-ups", delayed the release of the numbers.

Lai further said that more "conservative" estimates say the turnout for the pro-Han rally was an overwhelming 100,000 people, while the anti-Han rally only attracted 40,000 people.

"While the numbers all differ, what's indisputable is the fact that there are a lot more people supporting Han than being against him," Lai concluded.

ET Today reported that the Kaohsiung police claimed it was not easy estimating the number of people who showed up for both rallies, as there were people who joined the march and left before the march ended.

The report also cited the numbers given by Zheng Liyan, a Math teacher, who estimated the turnout for both rallies using the size of the area that the crowds congregated at.

The news announced on the CCTV programme contradict what was reported elsewhere.

Final poll results before a 10-day polling blackout revealed that Tsai was polling ahead of Han by at least two-digit percentage points, Focus Taiwan reported.

Tsai won a second term in a landslide victory last Saturday, Jan. 11, as well, winning about 8.17 million votes, or about 57.1 percent of the popular vote.

The results mean she beat her own performance in 2016, when she won 56 percent of the total vote, as well as former president Ma Ying-jeou's record of 7.65 million votes in 2008.

An overwhelming show of support for Han in the form of online comments that helped him emerge victorious in the Kaohsiung mayoral election were reported to have originated in China.

Chinese state news agency Xinhua has accused Tsai of winning the election by using “dirty tactics such as cheating, repression and intimidation” in a commentary published on Sunday, Jan. 12.

But it did not cite any evidence or examples.

Han back at work in Kaohsiung

Han is currently facing calls from Kaohsiung residents to step down as mayor.

Kaohsiung had voted overwhelmingly for Tsai in the election -- 62.2 percent as compared to Han's 34.6 percent.

Riding on the "Han wave" that got him elected in November 2018 as mayor, Han had launched his presidential bid barely a year later.

He then took three months off his duties in Kaohsiung from October 2019 onwards to campaign islandwide, further fuelling complaints from local residents that he was neglecting his duties.

Han has since returned to work on Monday, Jan. 13.

You can watch the entire CCTV programme here.