A hotpot restaurant in Clarke Quay has created quite a stir after it introduced rabbit meat as a new delicacy on its menu.

And the backlash has been immediate.

Some 5,000 signatures and counting have been registered on a petition against rabbit meat being served in Singapore and it appears the restaurant might stop selling it.

There is diced rabbit in chilli oil: 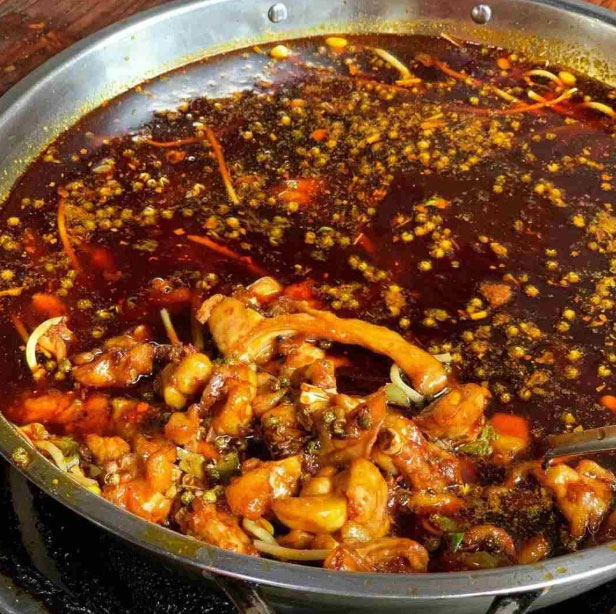 Not that many rabbit eaters

On Friday, Dec. 6, Lianhe Wanbao reported that reactions to rabbit meat being served in Singapore has been mixed.

While some are game enough to have a taste of it, others are not so ready.

The restaurant owner said he received many orders from Sichuan customers and an average of 20kg of frozen rabbit meat gets sold every day.

He estimated only 20 percent of those who tried the rabbit dishes are Singaporean, owing to the fact that locals are not used to the taste.

According to Wanbao, the owner said he wanted to bring the rabbit dishes to Singapore for Sichuan natives here.

Rabbit is served in Sichuan.

The owner had applied for a license that allows the restaurant to import rabbit meat.

The list of meat products allowed to be imported into Singapore includes rabbit meat.

The restaurant had imported 600kg of frozen rabbit meat in November.

Rabbit welfare groups in Singapore, Bunny Wonderland and House Rabbit Society Singapore, have circulated a petition against the dish.

A Facebook survey revealed that the majority of those who voted said they would not try rabbit meat, with only 32 percent saying they would try. 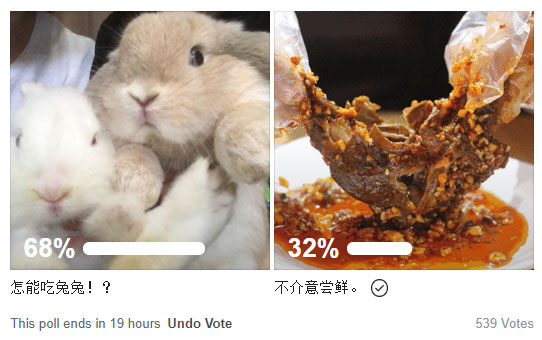 Sichuan natives might beg to differ, as rabbit meat is regarded as nutritious and tasty.

The petition, Say “No” To Rabbit Hotpot, has attracted more than 5,000 signatures.

Rabbits are the third most common household pet in Singapore.