One of the most well-known dishes in Singapore is chicken rice.

But there might be a foreign chicken rice concoction you could theoretically make at home that could give our Singapore version a run for its money.

How to make it

The simple recipe calls for soy sauce, chicken stock, KFC original recipe chicken, uncooked rice, and one (or more) human(s) willing to put health considerations aside for a meal.

Wash the rice and submerge it in water, add soy sauce and chicken stock.

Add chicken. The author added two here, but speculated that it might possible to use just one. Why do less though?

Close the lid and allow the rice to cook as usual.

Once it's cooked, open the lid and observe your good work.

Breathe in the smell of fried chicken and satisfaction.

Loosen the chicken from the bones and remove the bones.

Separate the chicken into small pieces and mix into the cooked rice.

Add salt and pepper to taste.

Plate it and dig in!

Unfortunately, it is not clear what quantity of each ingredient should be used in the recipe, so it's possible that initial attempts at this recipe may see varying degrees of success.

Here is a YouTube video showing someone trying their own take on the KFC chicken rice combo.

A lot more chicken though. 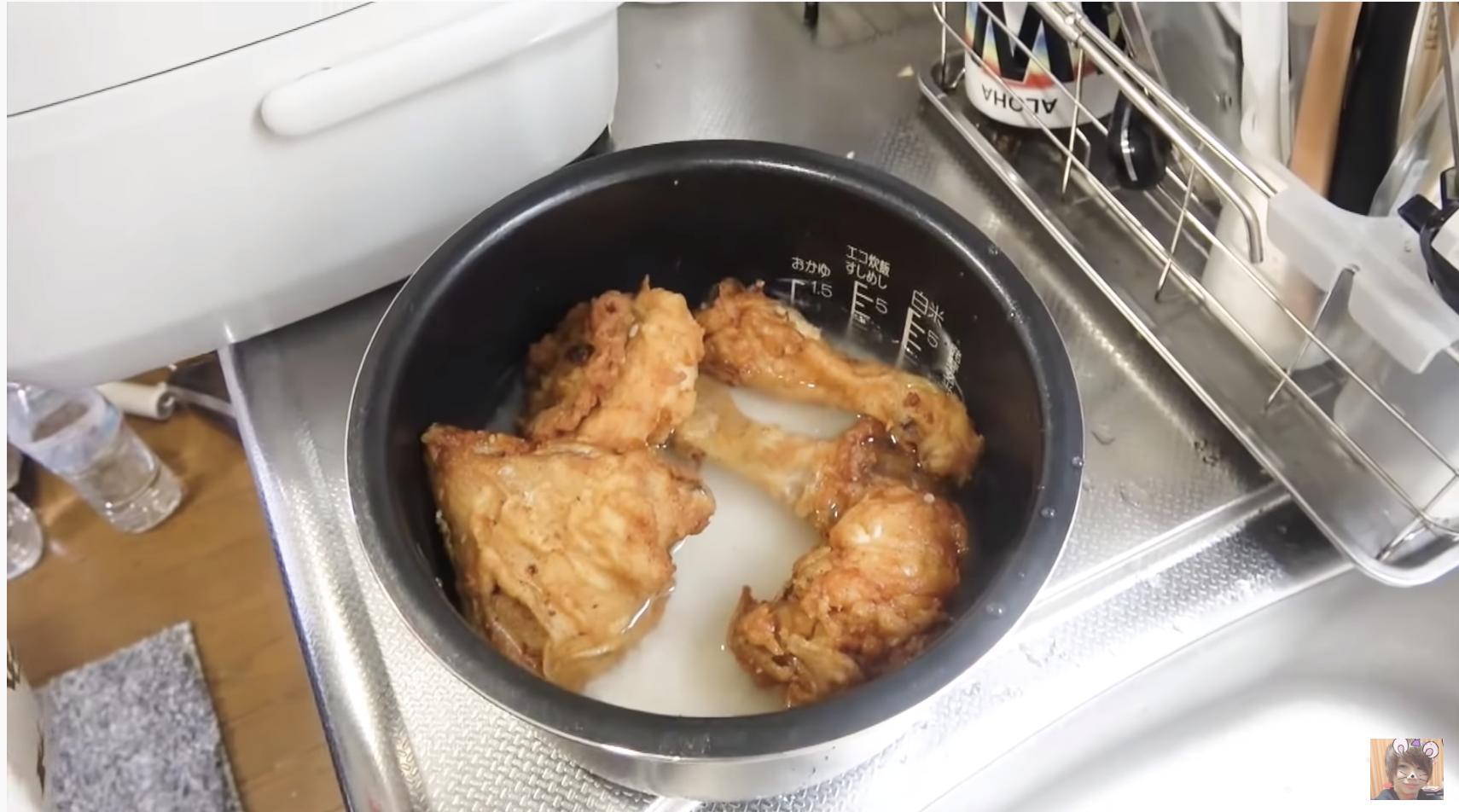 Is the dish good enough to pass up the chance to eat perfectly good, crispy fried chicken by hand?

Guess you'll just have to try it out this Christmas season and see.

Bon appétit! Or should we say - itadakimasu!