SB19 is the first Filipino idol group to debut under a Korean entertainment company.

On a somewhat unrelated tangent, Negros is a province in The Philippines, it's also quite a picturesque island.

The island was initially called Buglas, but the Spanish dubbed it Negros in 1565 after spotting "dark-skinned inhabitants" on the island.

The island, one of the largest in The Philippines, is home to over 4 million people.

Those two separate pieces of information would collide on December 23, 2019.

SB19 announced the start of their "In Your Zone" tour.

Now perhaps if you were aware of the aforementioned geographical facts of The Philippines, this tweet would have barely raised any eyebrows.

In fact, the concert appeared quite well-received by their fans.

With some finding out that a potential racial slur was also a rather scenic island.

The fans were adorably explaining how their favourite idol group was not racist. 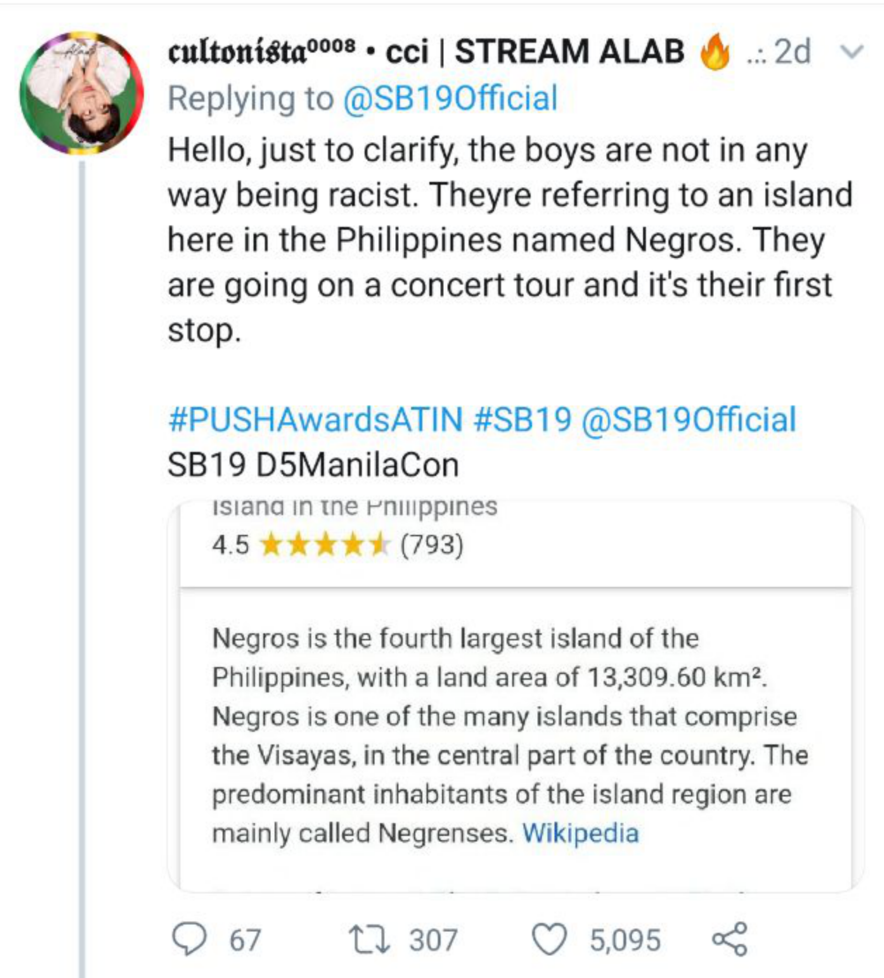 Despite some taking offence, most took the news with good humour. 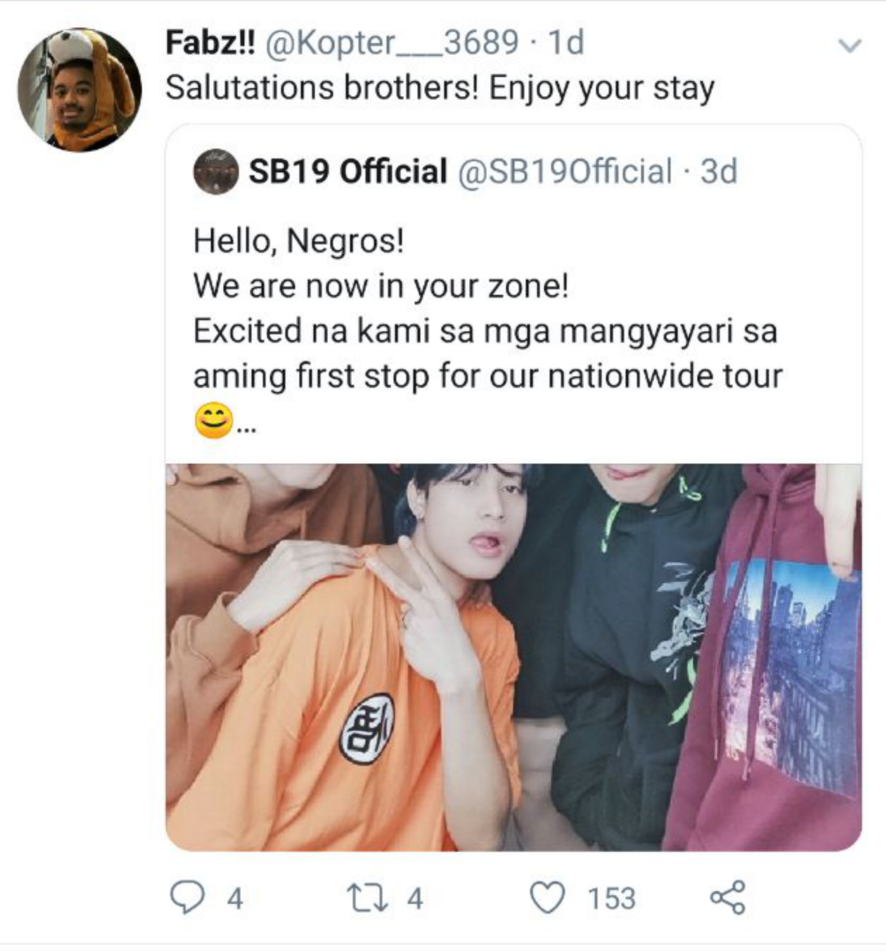 Even if their first impression was shock at the initial tweet, new info mostly changed their minds. 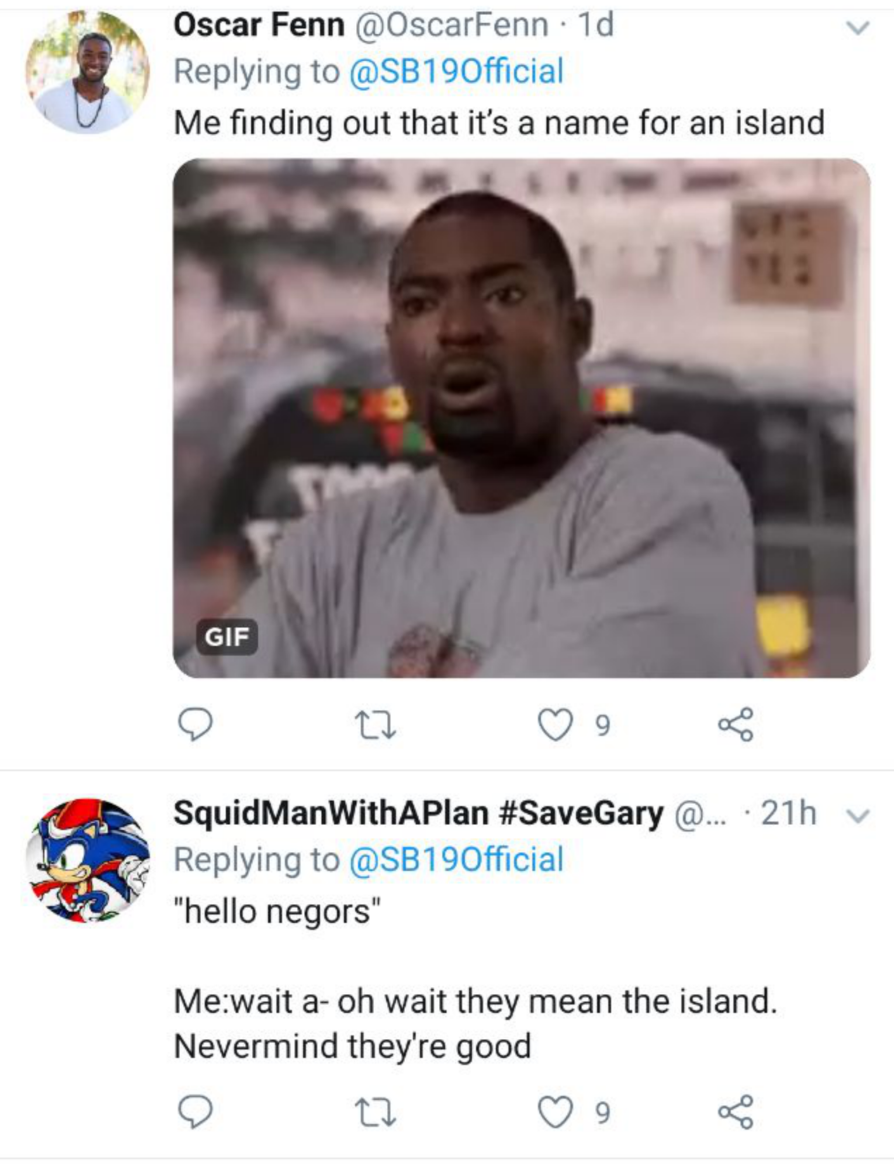 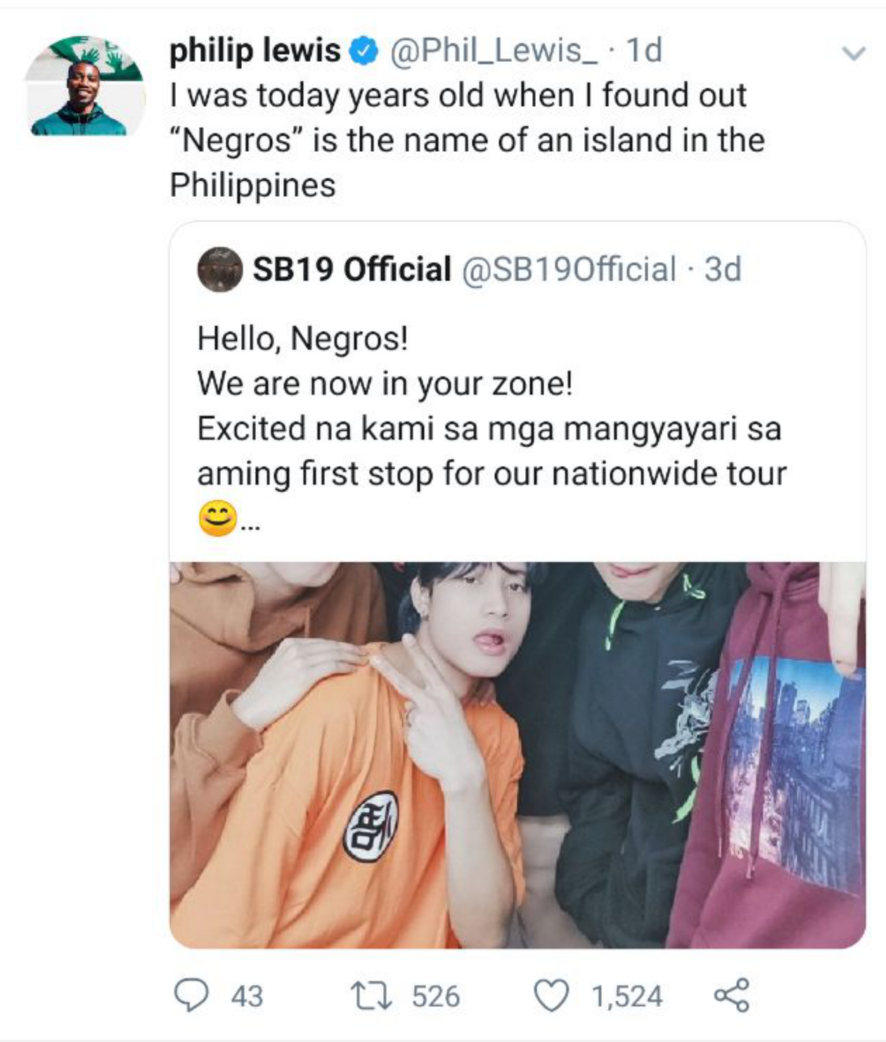 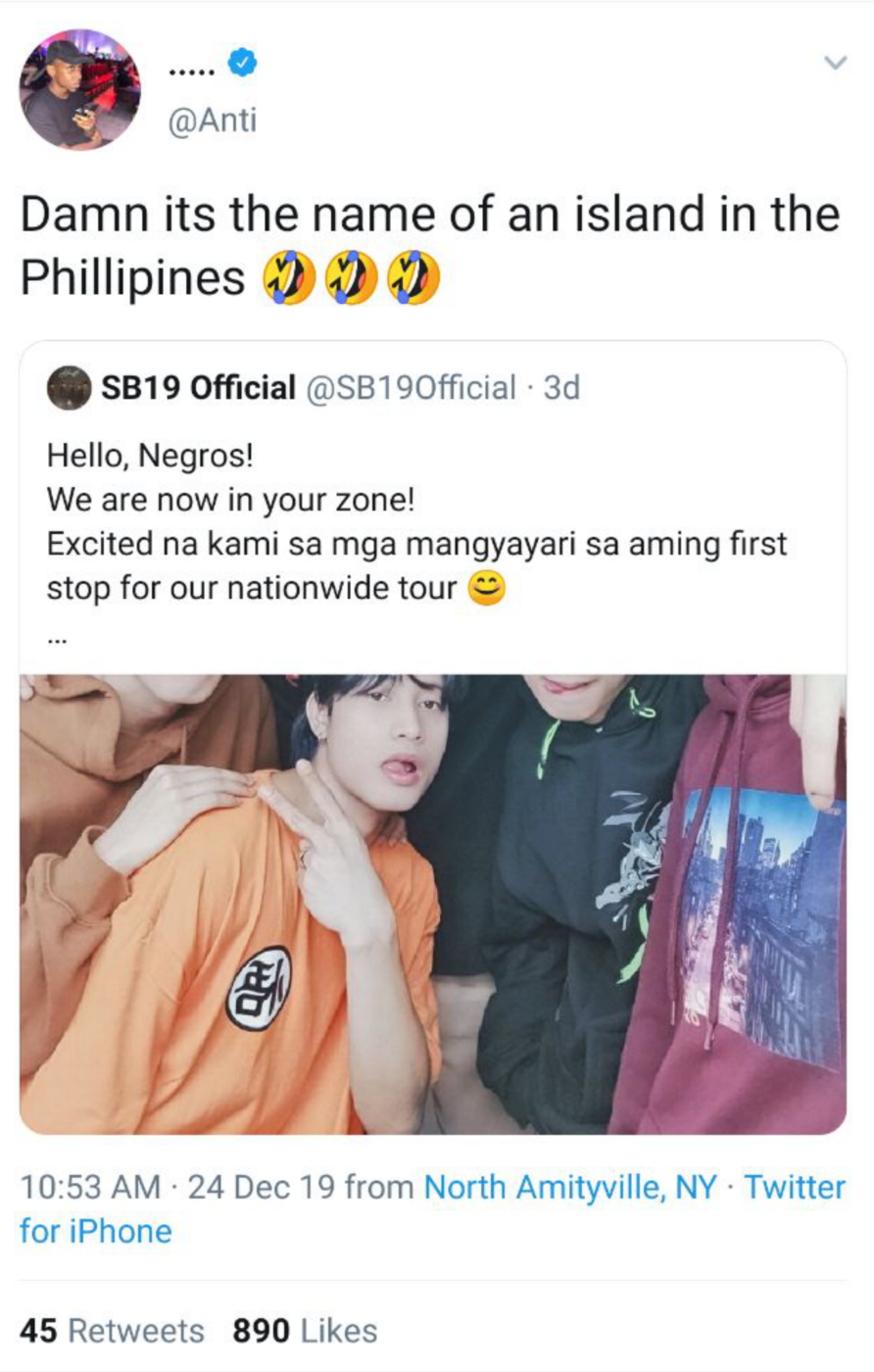 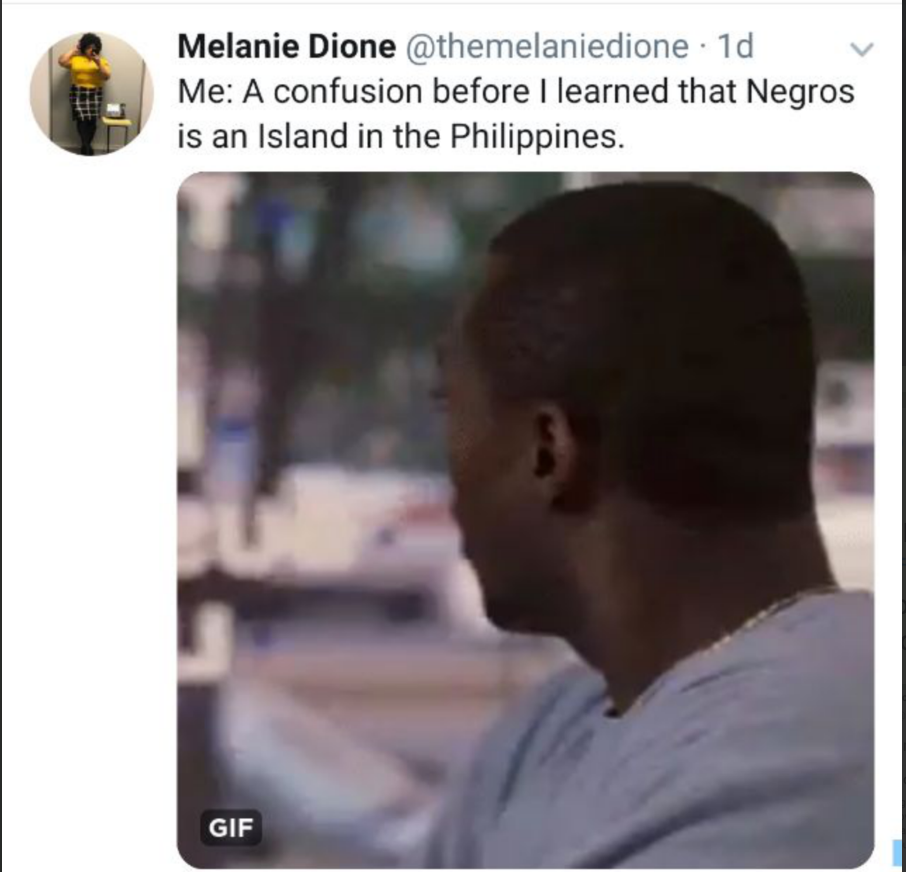 Pronunciation is different as well.

Although some felt the word could be used better lest it cause offence to Western ears. 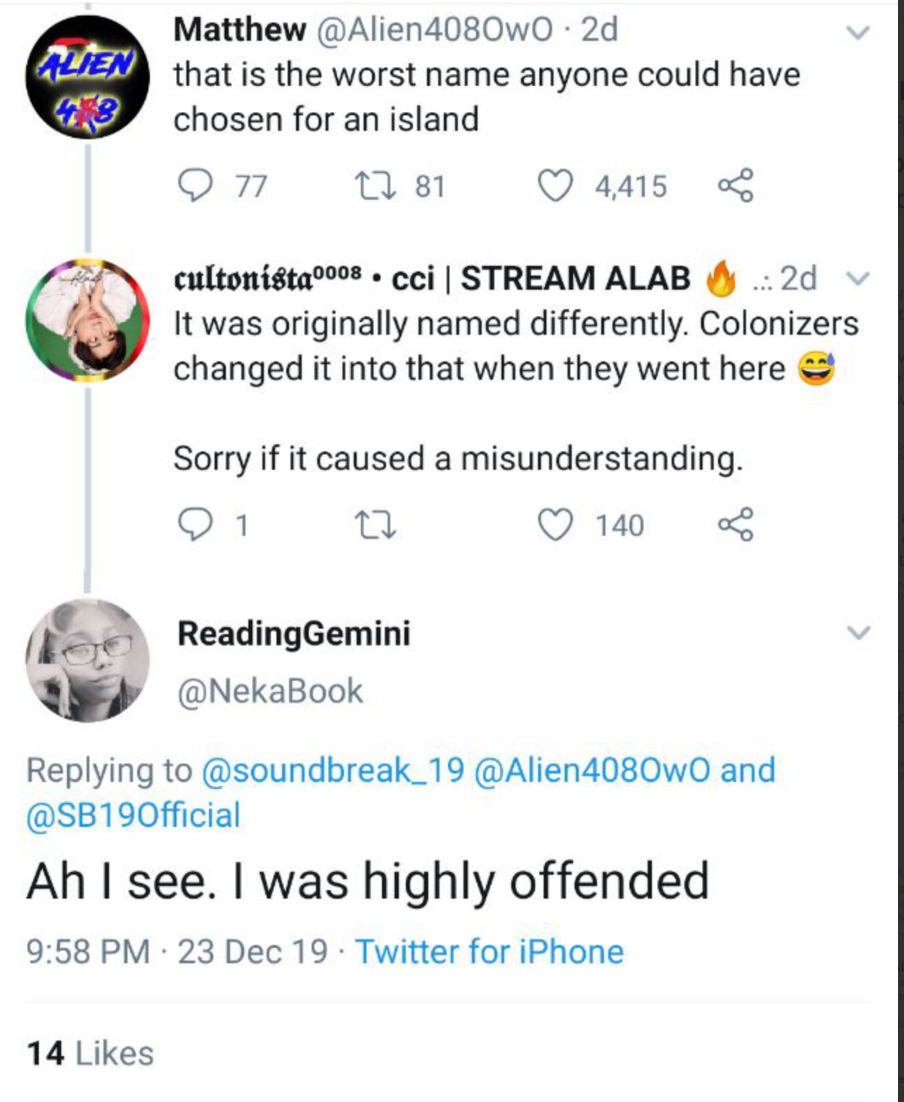 Which raised a very good point. 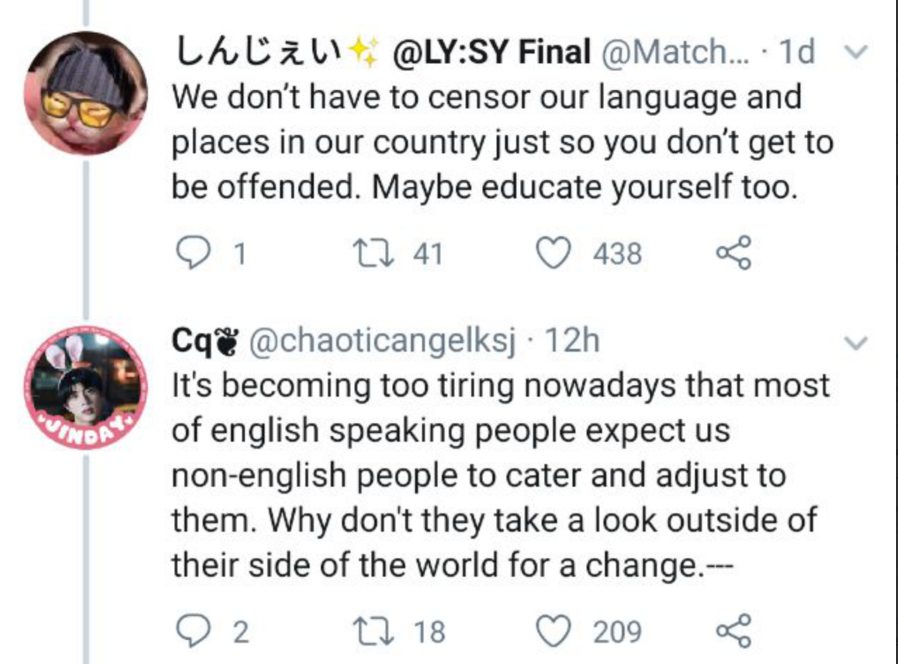