While the limelight is on Teoh, Keh also got a fair share of attention for his acting chops during one of the Star Search challenges on Sunday night (Nov. 3).

At the finals of Star Search 2019, contestants had to impress the judges in a round of acting challenge.

Acting forms 50 per cent of the judging criteria, in addition to an individual's X-factor, dancing ability, and eloquence.

Keh was acting in a skit from a 1997 Channel 8 drama, The Guest People, along with Teoh.

Here's the snippet of the skit where Keh's exaggerated expression was captured:

This expression was subsequently circulated online, and even compared to the screaming chicken prop.

Netizens were also discussing it on the HardwareZone forum: 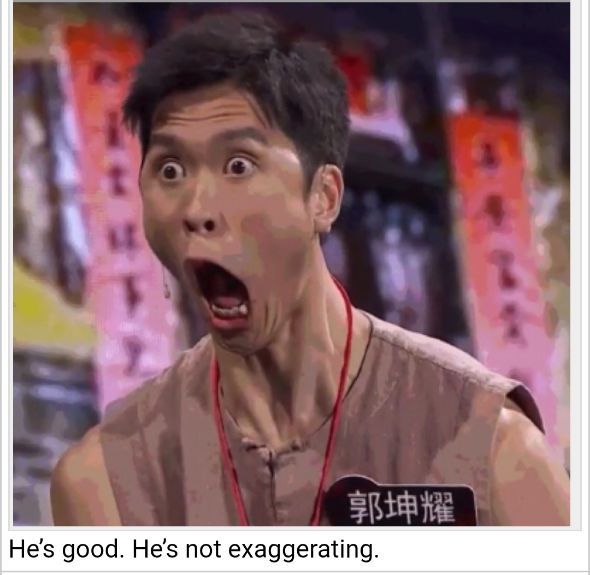 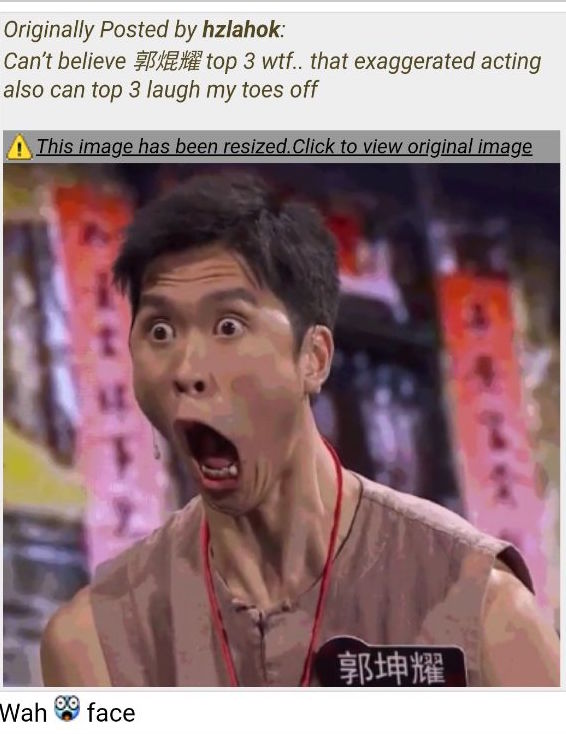 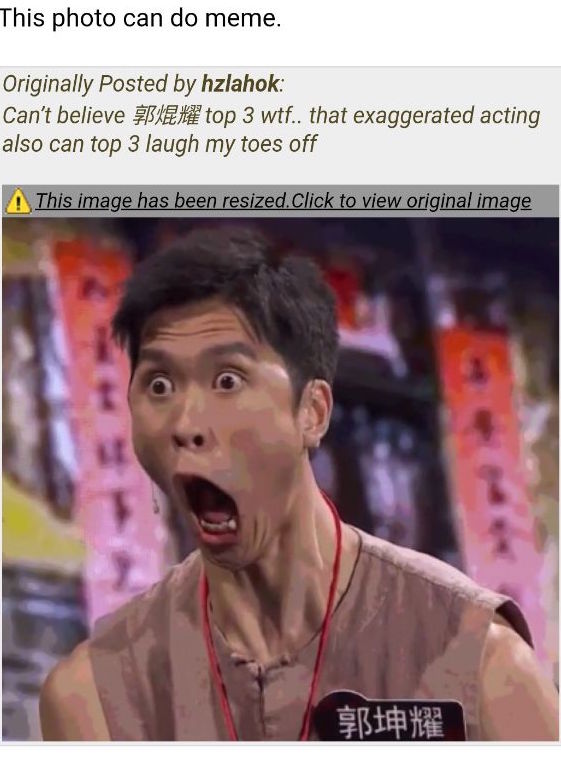 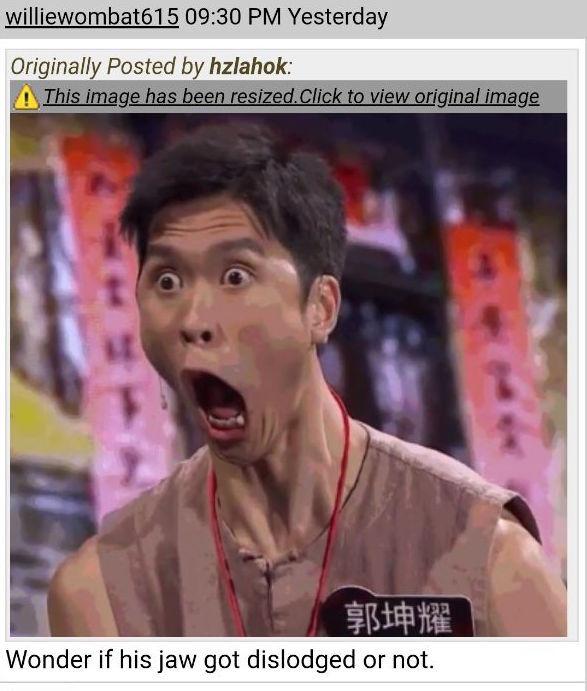 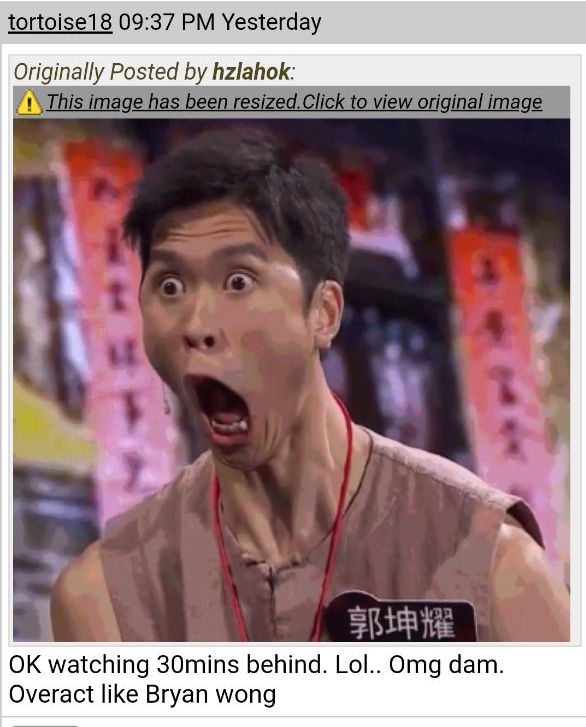 Keh was noticed by Carina Lau

Even though Keh's acting was not exactly well received by the netizens, he appeared to take the criticism well.

The runner-up said that he is aware that his face is making rounds online in an interview with 8 Days, and even hopes his face will go more viral in the future.

Keh also added that he aspires to become Singapore's first "Mr Bean", which was originally portrayed by Rowan Atkinson.

He also wishes to win the local audience's hearts with his humour instead of looks.

Keh quipped that he wants to be "Johnny Chinese".

According to 8 Days, Hong Kong actress Carina Lau also praised Keh's performance in the skit, which won a room of laughter.

Lau commented that he stole the spotlight from everyone else that night.

Well, perhaps that's a head start for this newcomer in the showbiz.