On Thursday, Oct. 31, a 21-year-old man pleaded guilty to raping a 17-year-old girl while she was inebriated and too weak to fight him off.

Court documents reflect details of the widely-reported and horrific attack, which happened while she was aware of everything that was going on, happened at the foot of a Pasir Ris HDB block two years ago.

The attack took place after she had downed about four cans of beer in a “Truth or Dare” game with him and another man.

Another 20-year-old man who was with them at the time also molested her, rubbed his penis against her vagina, penetrated her vagina with his finger and put his penis in her mouth because he was unable to sustain an erection. His case is still before the courts.

The victim was 15 years old at the time.

The identity of the victim, the offender and all others involved in the case are withheld by a gag order.

Unfortunately, though, news of the case reported in almost all English media resulted in a spate of responses from readers online that assigned blame to the victim as well.

Some particularly appalling ones were flagged by one Benjamin Machap, who took to Facebook with the following screenshots:

There were more to be found on the posts shared by other media: 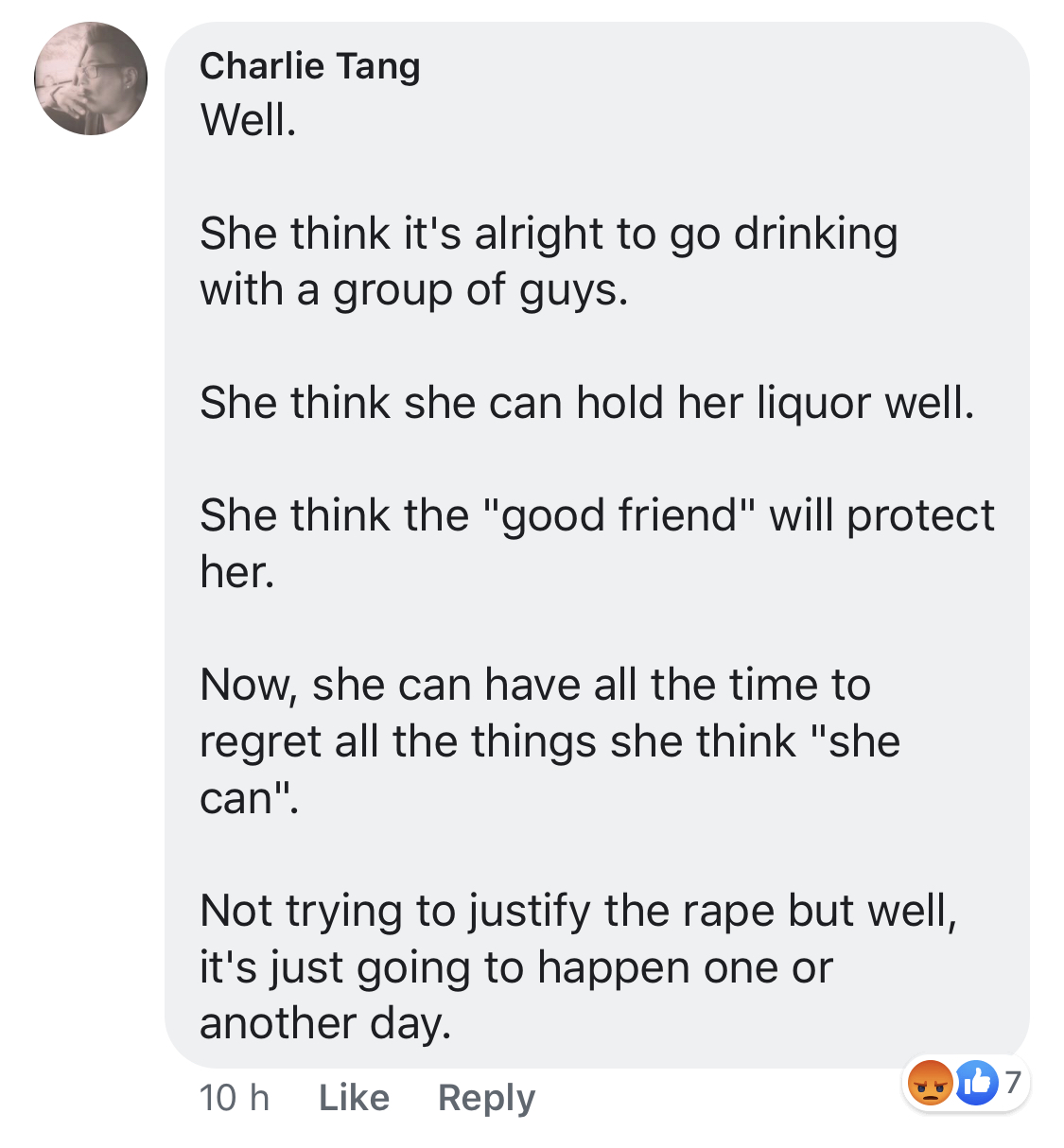 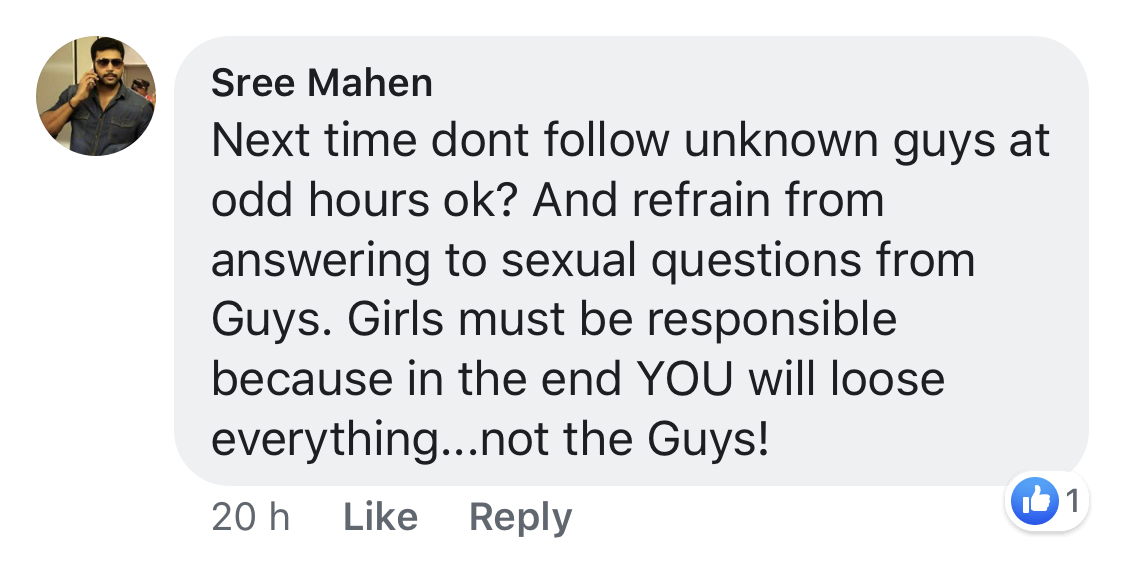 The facts of the case are detailed below.

Initially, the victim was hesitant about joining the group of 18- to 19-year-old boys as she was the only girl. But she gave in as W1 was "protective" of her.

The offender, A1, suggested heading towards the void deck of a nearby block to have beer.

He bought some cans of beer before joining the victim and W3. Meanwhile, W1 and A2 left to meet their other friends.

Truth or dare with beer

According to Deputy Public Prosecutors Winston Man and Lim Ying Min, the offender, the victim and W3 then began to play the game "Truth or Dare", and she was asked many sexual questions.

Whenever the victim refused to answer a question she was asked, she was made to drink beer.

She consumed around four cans of beer by the time the other two youths returned.

W3 and A2 bought condoms

When W1 returned, the victim spoke to him separately about some personal issues.

While they were talking, W3 asked the offender and A2 if they wanted to have sex with the victim.

Although the offender and A2 initially thought that W3 was joking, W3 and A2 eventually went to a nearby provision and bought three condoms.

He passed one condom to the offender and kept two for himself. After this, the offender told them that he wanted to go home.

Victim had to be carried on piggyback

As they headed towards Pasir Ris Central, the victim was unable to walk properly as she was increasingly intoxicated.

However, the victim also felt the urge to vomit at this point and ended up lying on the ground next to where she had urinated.

W1 and W3 were also separated from the group by this time.

Offender and A2 sexually assault victim

Initially, the offender and A2 tried to rouse the victim from her stupor.

However, when she remained unresponsive, the offender touched her breasts over her clothing without her consent, with A2 following suit.

The offender then moved the victim's shorts and panties to the side before inserting his middle finger into her vagina, with A2 doing the same.

After this, the offender put on a condom and raped the victim while A2 held onto the victim's head.

As this took place, W1 tried calling A2's phone twice but his calls were rejected. The offender proceeded to tell A2 to text W1 that they were taking care of the victim.

After raping the victim for around two minutes, the offender withdrew his penis and masturbated before ejaculating into a nearby drain.

A2 then tried to rape the victim after he had put on a condom but was unable to sustain a firm erection.

In the end, he only managed to rub his penis against the victim's exposed vagina.

After a while, A2 removed the condom and penetrated the victim's mouth with his penis. He then masturbated and ejaculated into the nearby drain.

Throughout the entire incident, the victim was aware that the offender and A2 were sexually assaulting her.

However, she was too weak to defend herself as she was intoxicated.

After the assault, the pair re-dressed the victim and called W1, saying they needed help as she was still intoxicated. They then left before W1 arrived.

The victim informed W1 that the offender and A2 had raped her. W1 called W2, who listened to the victim's account.

They called A2 to ask for an explanation.

When A2 returned to the scene, the victim confronted and slapped him. However, A2 maintained that he did not do anything to the victim.

Eventually, police officers on patrol duty noticed that the victim was crying and approached the group.

While the victim did not immediately disclose what had happened on the spot, she later provided a full account at Bedok Police Station.

Later that day, the offender and A2 were arrested.

A2's case is currently pending, while the offender will be sentenced next month.

The rapist faces a maximum sentence of 20 years' jail, a fine and/or caning.

Top image via niuniu and Alex Boyd on Unsplash