A Malaysian Instagram influencer, Sara Anna, caused a ruckus online after she filmed herself saying that she will not date Malaysian men anymore after too many disappointing first dates at hawker stalls.

A repost of her Instagram story video was uploaded onto Twitter on Nov. 17, and it went viral.

If you can't see the video, here it is:

Works too hard for hawker stalls

In the video, Sara said that most of the Malaysian men she has dated would bring her to a hawker stall on their first date.

Sorry, I'm not being choosy, but I don't work hard just to sit and chill at hawker stalls.

Sara has over 260,000 followers on Instagram and at only 25 years old, she is the founder of the Sara Anna Beauty Parlour.

In the video, Sara added that she prefers going to a fine dining restaurant instead of a hawker stall.

"Maybe after we've been a couple for a while, it would make sense to bring me to a hawker stall.

But for the first 10 dates, I want fine dining."

Her ideal man would be someone who always compliments her and gives her flowers and gifts.

She admitted that she is very clingy, which most Malay men can't stand.

The Malay men she dated had also taken advantage of her status as an influencer, she explained in an interview with mStar.

Once, she went on a date with a Malay man at a hawker stall but when it was time to pay the bill, he acted clueless.

She ended up paying for their meals.

"I'm honestly tired of Malay men because I've had too many bad first date experiences with them."

The online reactions to Sara's video have been polarising.

Some netizens were on her side, stating that there's nothing wrong about expressing one's own personal preferences. 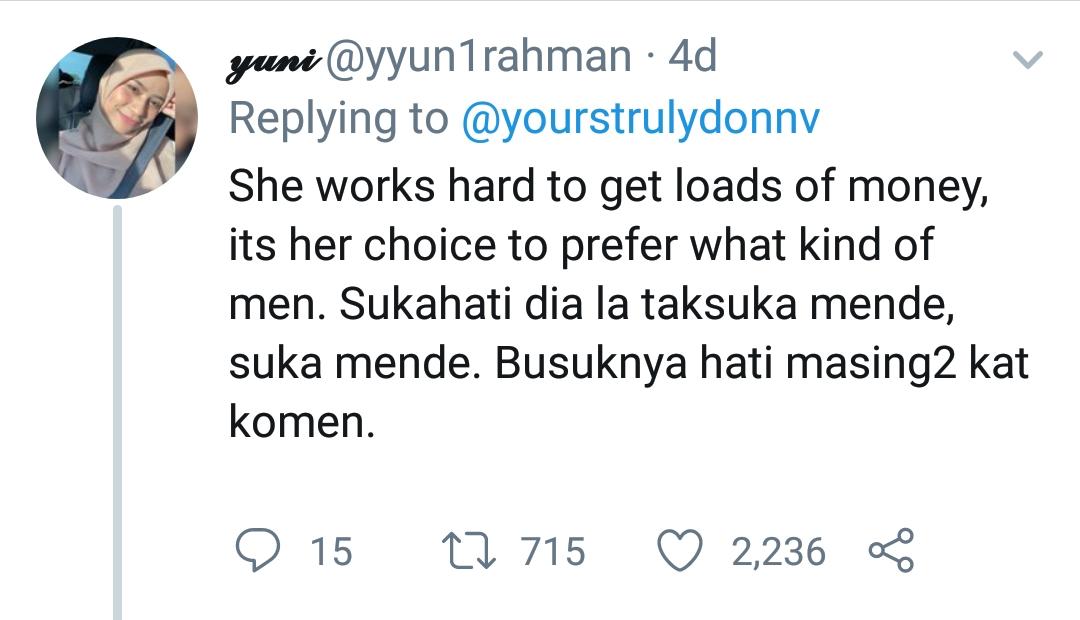 Translation: "She works hard to get loads of money, it's her choice to prefer what kind of men. It's up to her what she likes and what she doesn't. Most of you are just sour grapes."

Translation: "At least this girl is honest. She states her preference clearly. There's no hidden meaning. May she find someone compatible." 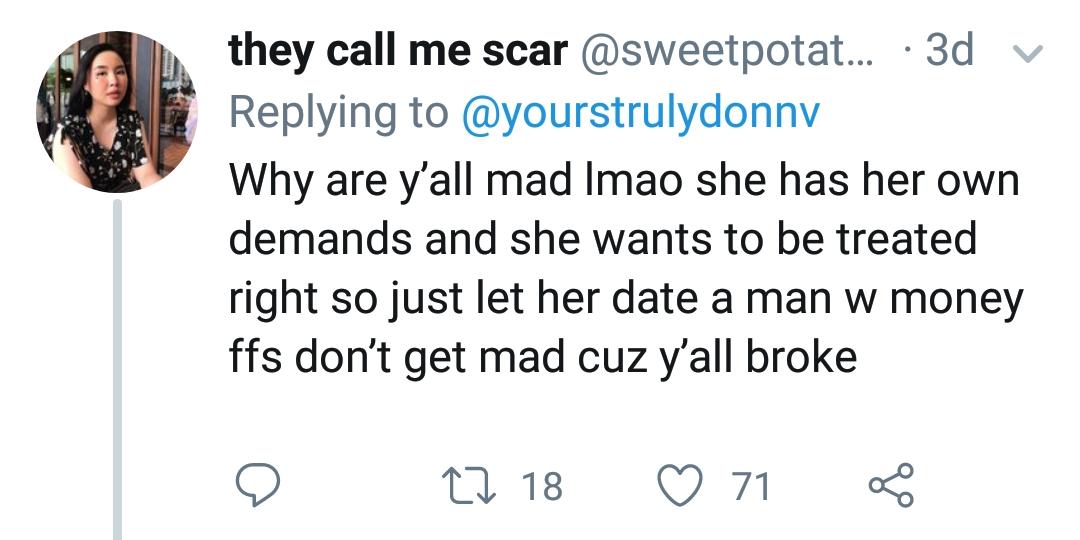 On the other hand, there are some who found her standards unreasonable.

Translation: "Who wants you? Hahaha."

Translation: "You're too high maintenance."

Translation: "Just say you're a gold digger next time. It'll be easier for us to understand."