Nov. 21 was the first day of the three-day BeautyFresh Christmas bazaar.

But it seems that not everyone enjoyed the bazaar.

Patrons have uploaded photos of the long queues that extended to outside of the warehouse in Redhill.

Unfortunately, the rainy weather and lack of shelter made things worse.

According to one patron, the queue for payment extended all the way to the third floor when the bazaar was located on the fourth floor.

The same patron also alleged that she spent four hours on queuing.

Others found it a wasted trip: 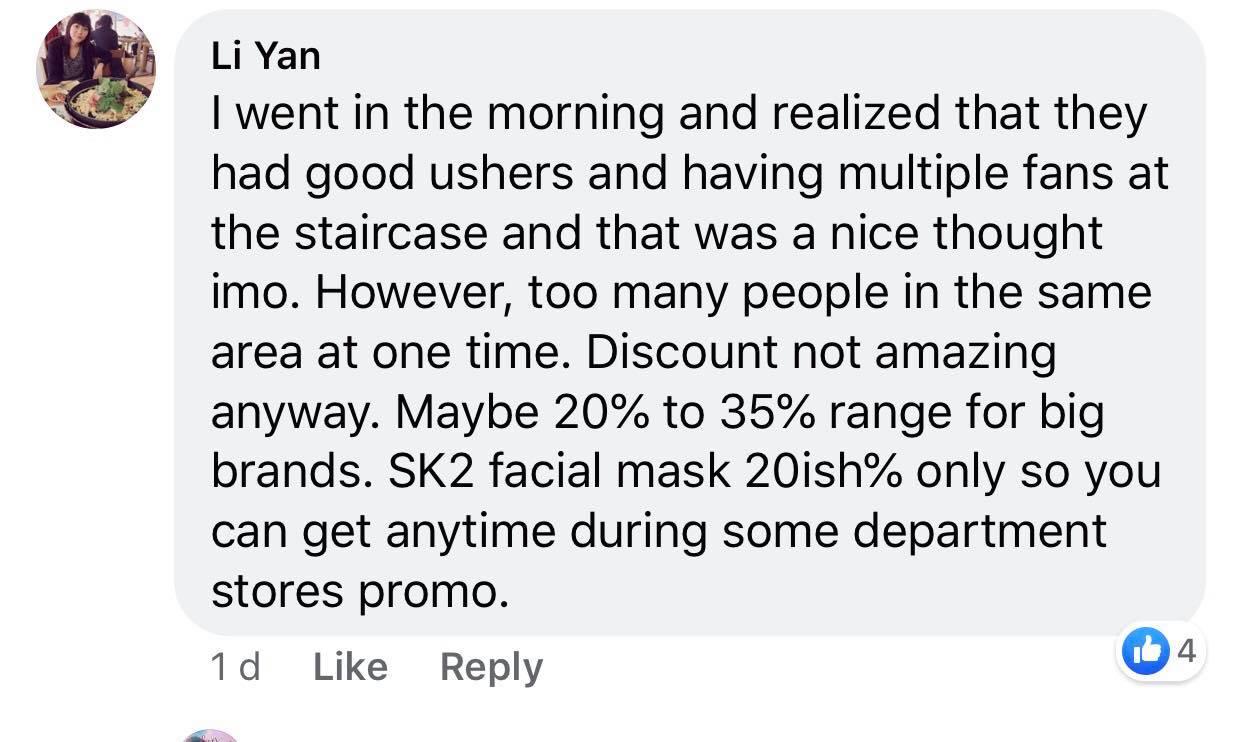 Following the long queues, BeautyFresh made a post on Facebook on  Nov. 21 announcing that they will be closing their queues at 5pm in an attempt to control the situation.

This was because of the three-hour waiting time.

But it seems like BeautyFresh management did try to improve the situation.

Yesterday (Nov. 21), for example, customers queuing outside received a bottle of mineral water, which was appreciated as they had been standing outside for "more than an hour".

On the second day of the sale, they updated their Facebook and Instagram pages frequently with the queue times, which fluctuated between 30 minutes to 2.5 hours.

Mothership has reached out to BeautyFresh for a statement and will update this article when they reply.