Truly, because even their app and site were overwhelmed.

But despite the torrent of complaints and unfulfilled orders, a number of customers apparently managed to purchase the loungewear sets... and promptly listed it on Carousell.

More than three times the price

It consists of six-piece chicken McNuggets, four-piece McWings, and the loungewear set.

On the Carousell app, however, prices went up to a whopping S$90 for the clothes.

The average resale prices on Carousell hovered around S$50-S$60.

Here are some of the listings. 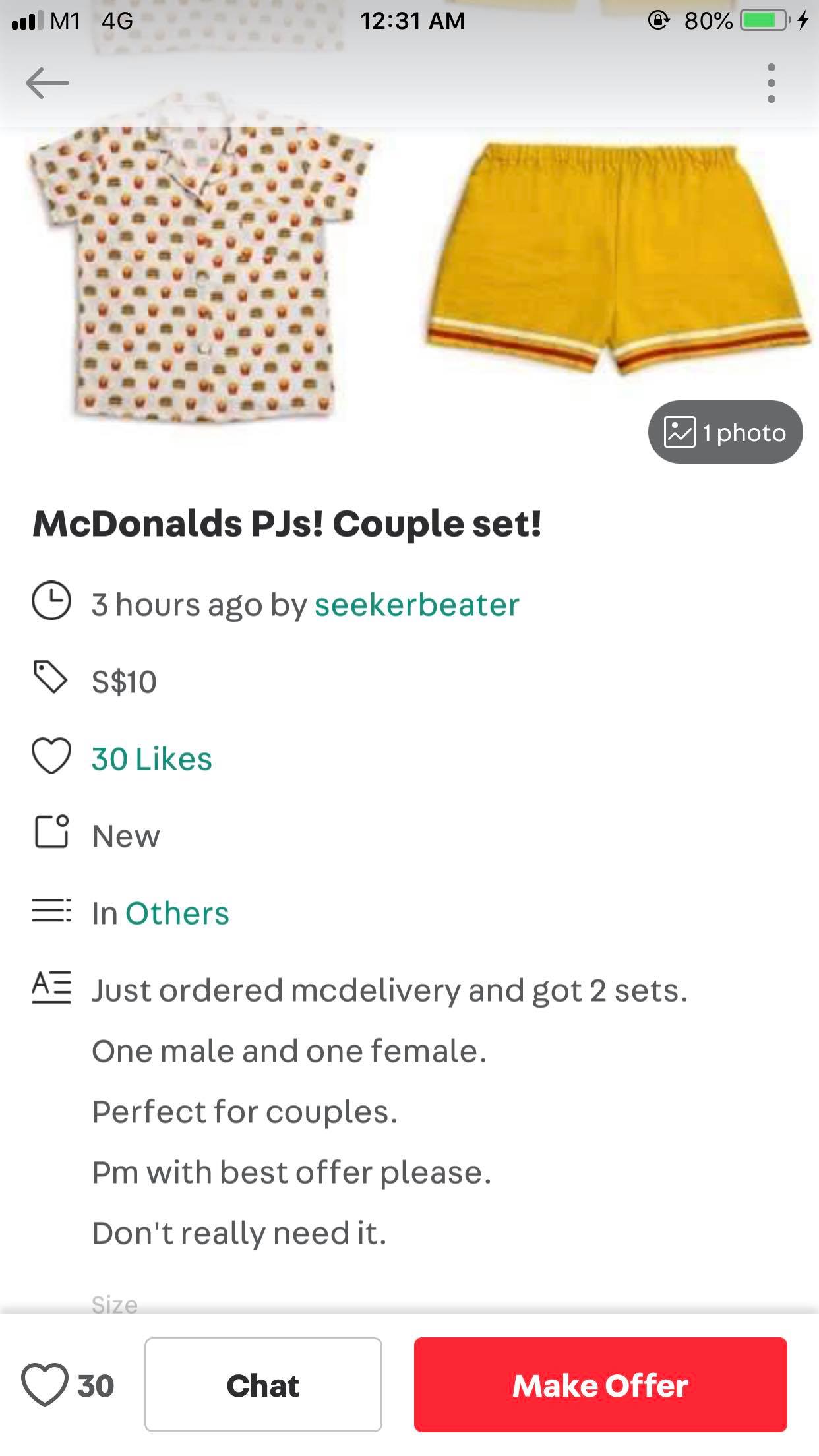 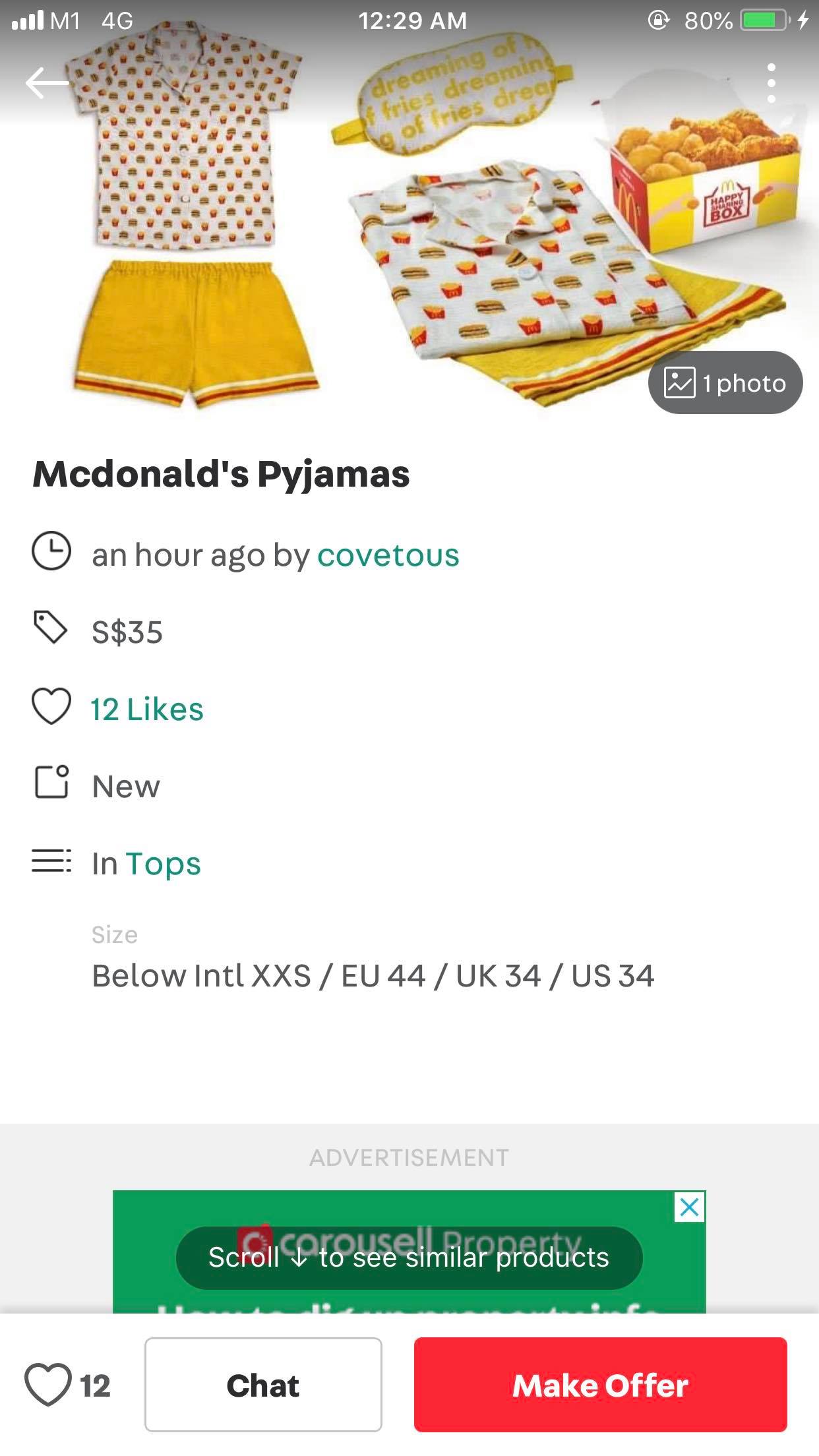 Yeah, get it before it's sold out, guys. 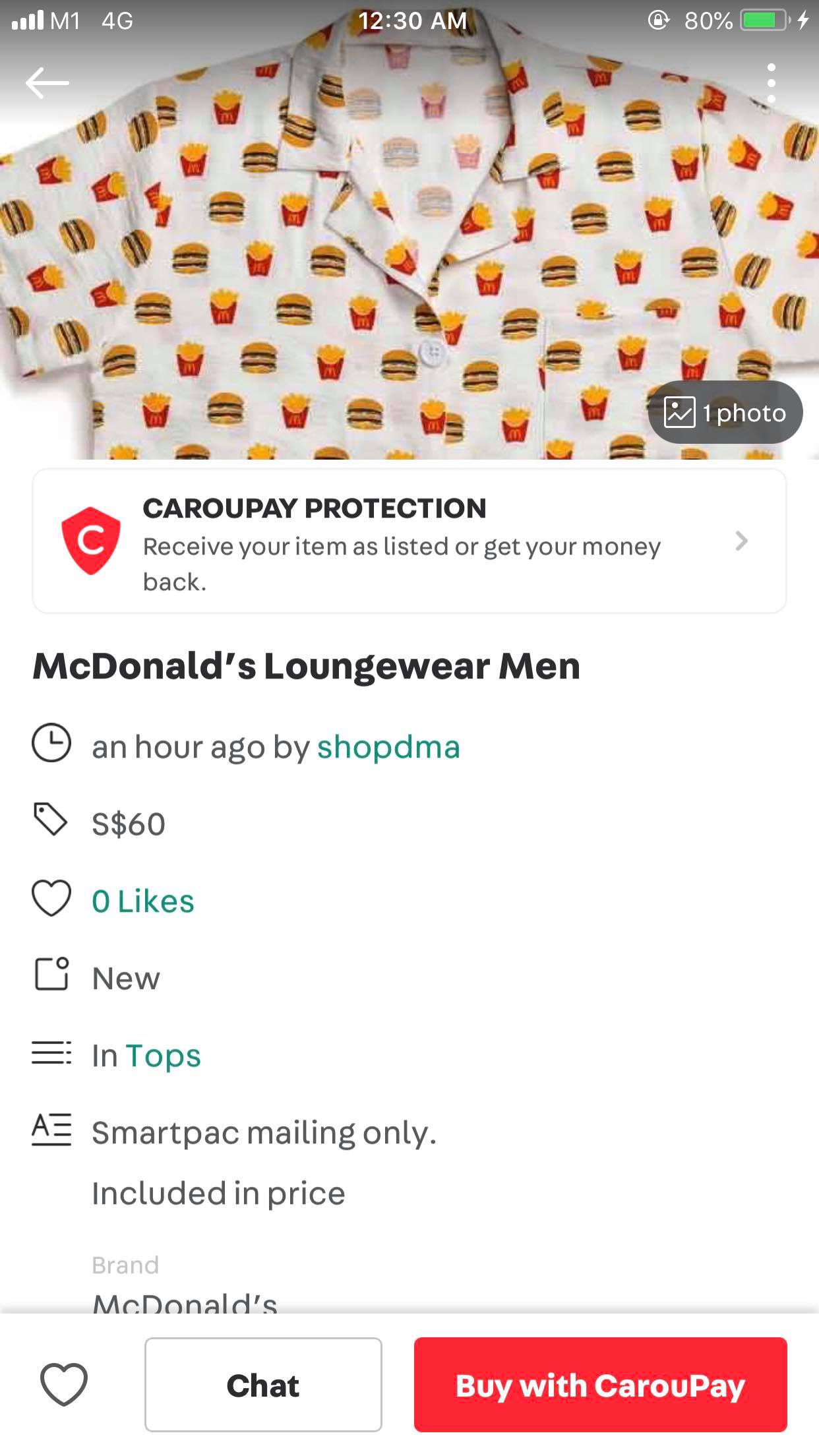 This user appears to have multiple sets, going by their description of "male and female available, chat to buy, left two sets". 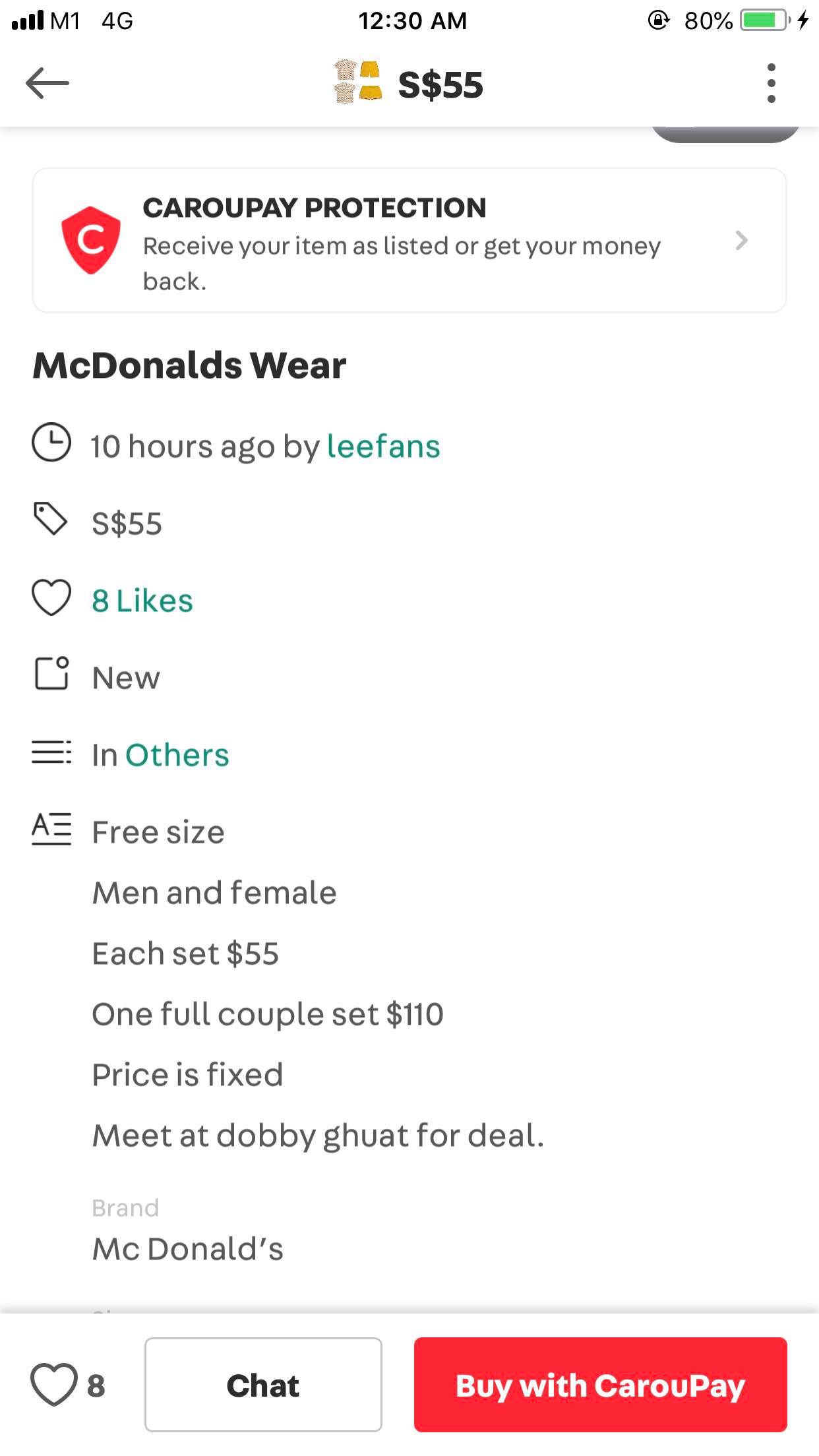 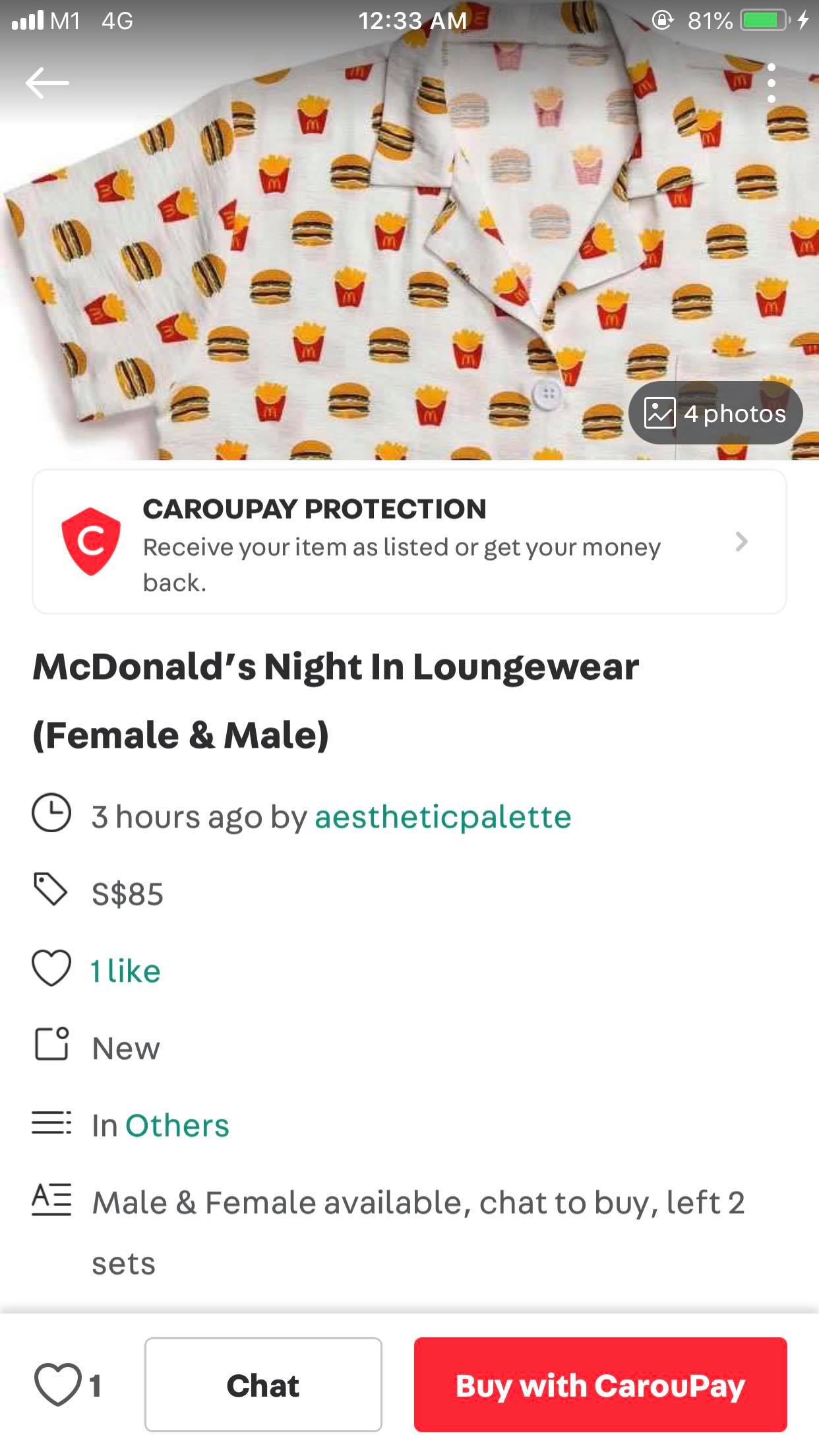 Until we saw the S$180 listing that sold two sets as a bundle: