After taking into account government grants and net gains to the tune of S$2.282 billion, the Authority reported a net deficit of S$130 million.

The Authority received more income and spent more money in this financial year.

Bus revenue not keeping up with expenditure

Under the Bus Contracting Model, the bus assets are owned by LTA and leased to public transport operators.

The last, which forms the bulk of the BCM expenditure, is paid to operators to run bus services.

Bus fare revenue, which forms the bulk of Bus Contracting operating income, also went up -- but only by a paltry S$2 million in comparison. After taking in account government grants, only the Bus Contracting Model fund reported a surplus of S$14 million. 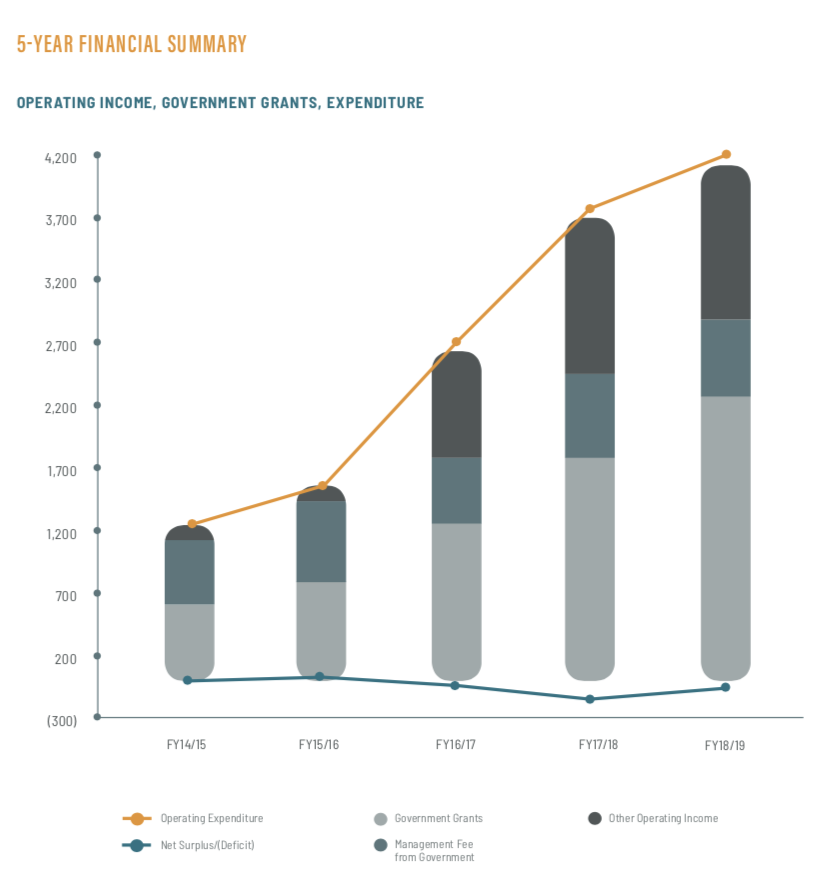 According to The Straits Times, transport economist Walter Theseira said that the Bus Contracting Model is "not about saving cost" but "operating at the level and frequency of services that the Government believed the public wanted".

"Now, the real question is whether the price LTA is paying for bus services today is the lowest it can go, for the level of service quality desired," Theseira said to the paper.