A new "panda" cafe in Chengdu, China has received criticism for dyeing six chow chows in black and white to make them look like panda cubs.

According to The Guardian, the cafe is called The Cute Pet Games.

It opened last month in the south-west Sichuan province, which is home to a large proportion of the endangered species.

Besides serving food and drinks, the cafe also offers a dyeing service to pet owners who want their pets to go through similar makeovers.

In the video, the owner of the cafe, Huang, said that he imports his dye from Japan and has hired special staff for dyeing the dogs.

He assured everyone that the dye did not affect the animals.

However, a veterinarian told Chengdu Economic Daily that dyeing animals is not recommended as it might harm the dog's skin and fur.

A number of comments under the video also expressed disapproval at the way the cafe treats its animals. 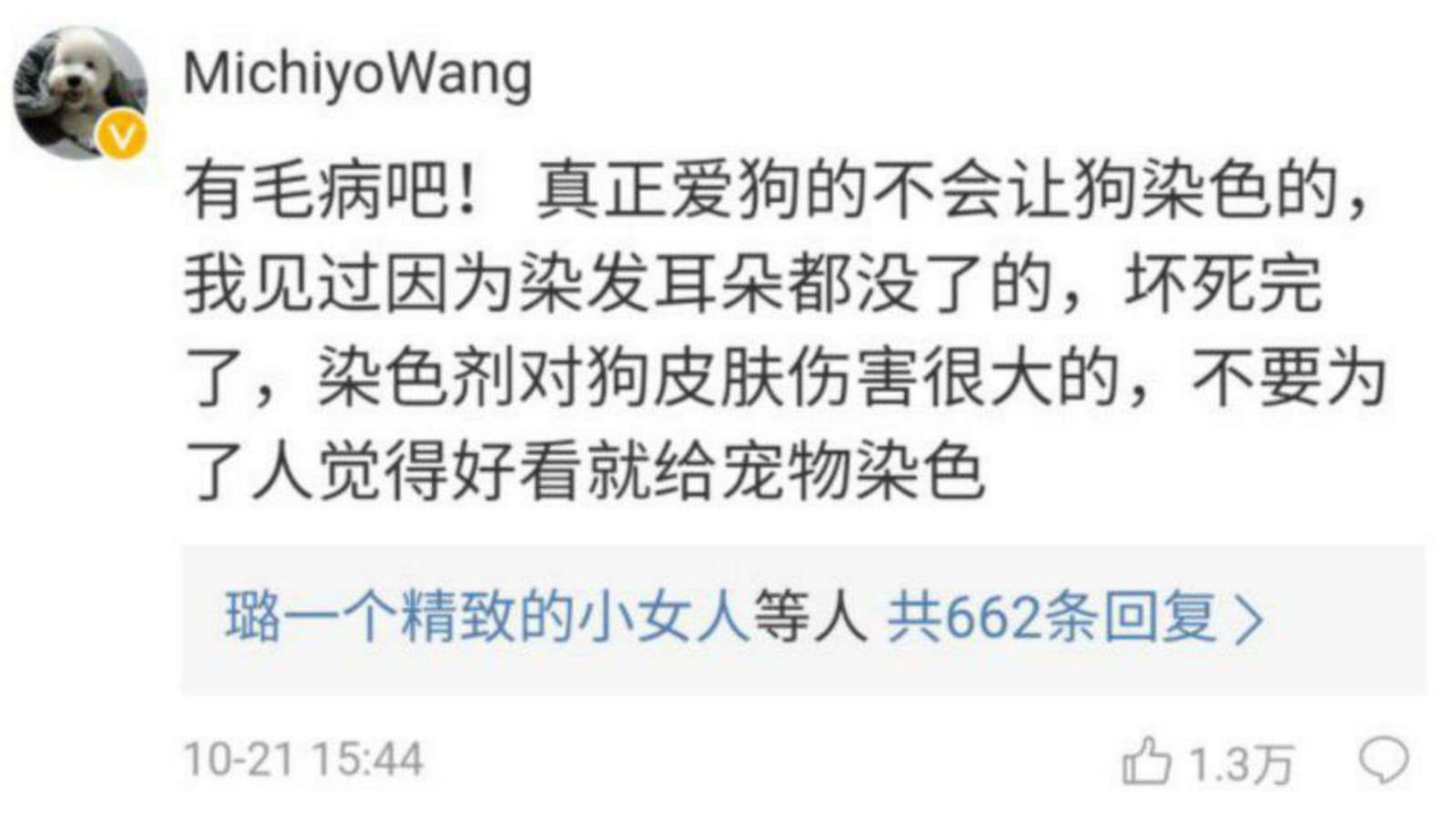 "They must be sick in the head! Those who really love dogs will not dye the fur of their dogs. I've seen those dogs where their ears drop off or are damaged irreversibly. Dyeing agents are very hurtful to the dog's skin, please do not dye your pets just because it looks good."

"My heart goes out to the doggo. They were just fine but they were dragged to get their fur dyed."

However, a few were ready to defend the cafe's actions.

"My goodness, you all are a bunch of saints. Why can't we dye the hair of the dogs we own if you can dye your own hair? As long it doesn't touch the skin it's fine. Let the owners take care of their own dogs, outsiders should not blindly worry and tell me what my dog thinks. Dogs don't want to be sterilised, you're going to scold them to get sterilised?"

"Isn't it normal to dye [the fur of the dogs]? My friends have dyed their pets in all sorts of colours, and lived for so long without any problems. How did we get this serious about this discussion about dyeing fur? I would have believed it if not for my friends' cases."

According to The Guardian, the cafe said on its Weibo page that it would not continue to offer the dyeing service.

“Chengdu is the home of pandas.

We wanted to do something different, to differentiate us from other regular dog cafes and pet shops."

The Guardian also reported that the cafe made another statement on Tuesday (Oct. 22), saying:

“As their owners, their lives are much better than ours. They are also very healthy.

Netizens please don’t project your thoughts onto us.”