On Aug. 27, 2019, a video was posted on YouTube showing what appears to be a Vietnamese man seemingly arguing with a woman.

The man is seen gesturing at an item off-screen, while the lady is holding a baby.

After over a minute of this, the man moves towards the direction of the item he was initially pointing at, but while passing his wife, he takes a swipe at her.

While that doesn't appear to have landed, he comes in from behind and starts pummelling her, till she falls on the floor, baby still in her arms.

It is then, that another woman comes to her aid. 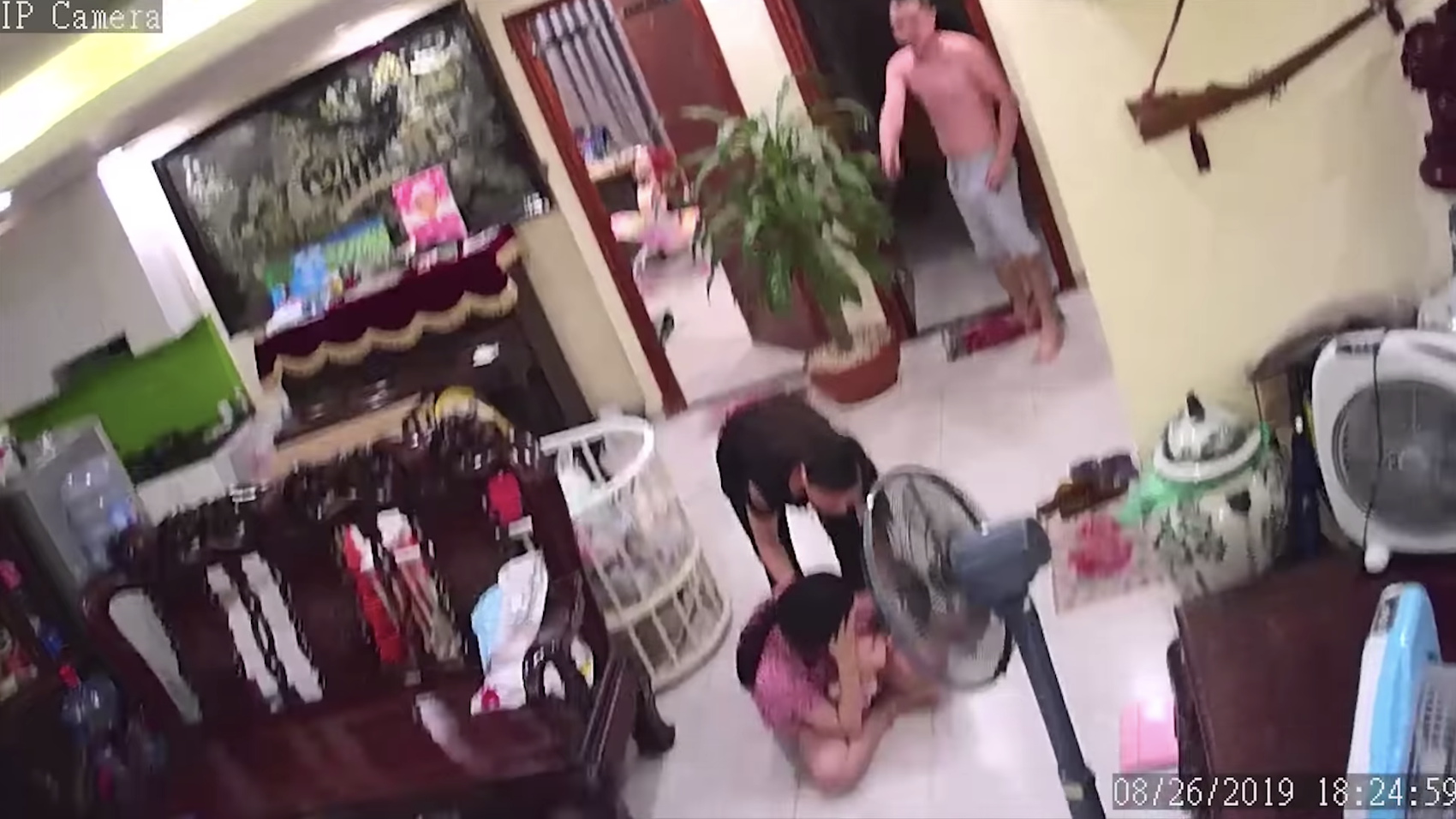 Despite this, the assault doesn't stop, with the husband continuously chasing her around the room, and once again striking her down.

The commotion attracts a young boy out of his room, but he is quickly ordered back by the man. 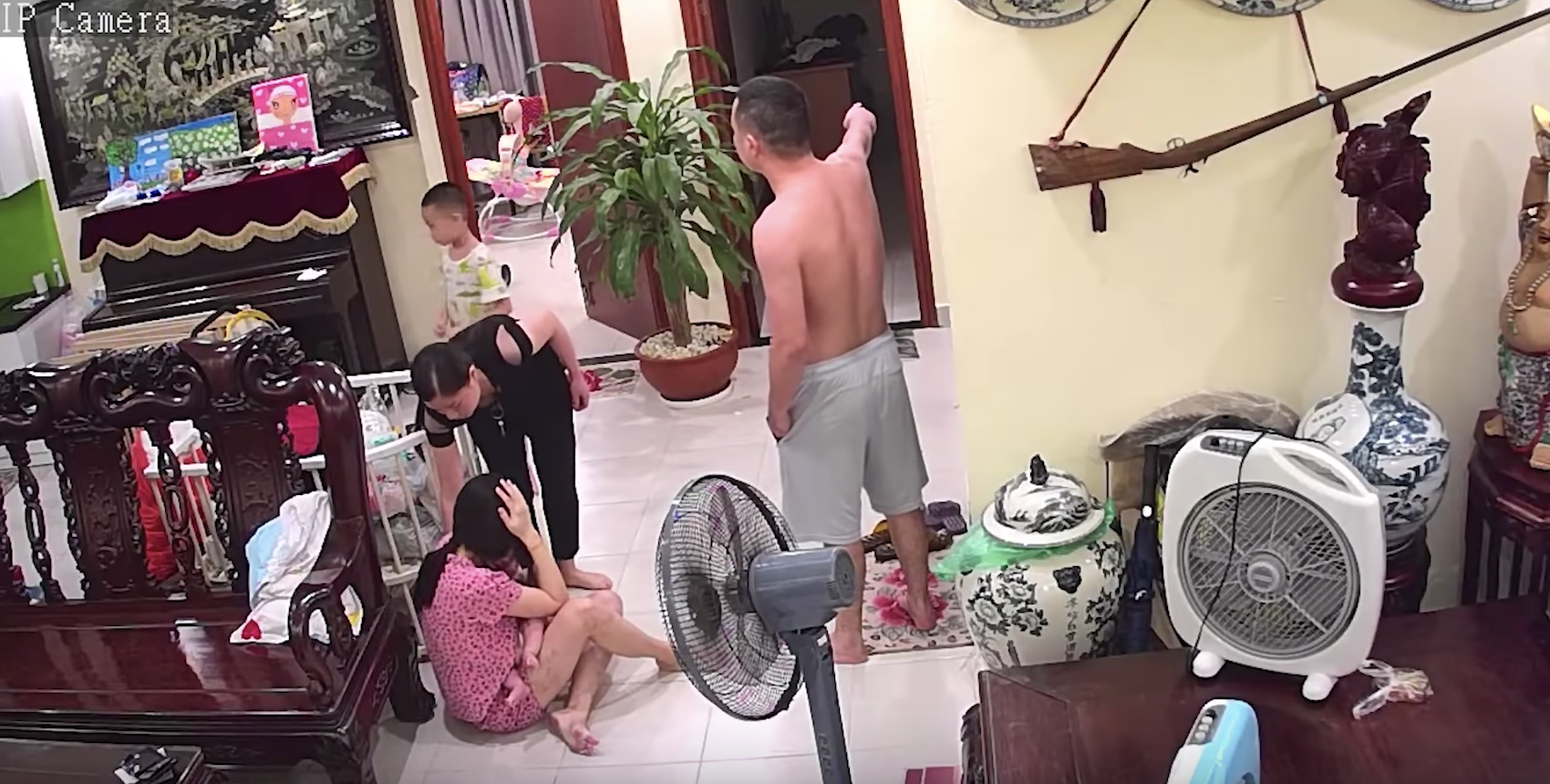 Vietnamese viewers also point out what appears to be a hunting rifle mounted on the wall as well, which some suggested might be technically illegal to own, provided he doesn't have a license.

The video continues with yet another scuffle in the bedroom, this time, the husband with the man unleashing a high kick aimed at the wife's head.

The video ends with yet another strike that leaves the wife flattened on the ground. 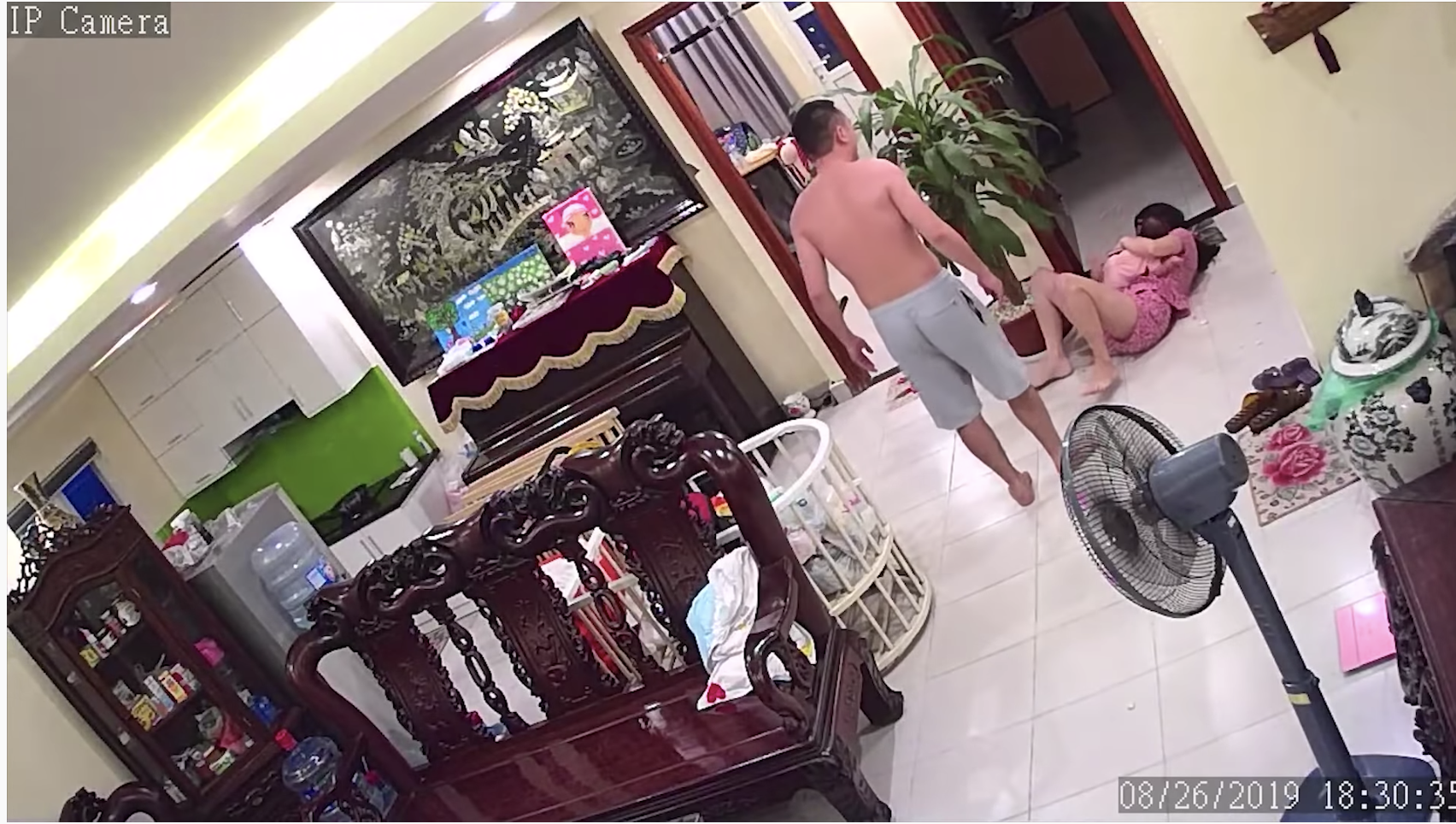 Still holding on to the baby.

It turns out that the victim was Vu Thi Thu Ly, 27, a radio presenter in Vietnam.

She had uploaded the initial video of the attack.

The attack was apparently ignited due to Ly having moved the television into another room.

According to The Star, Ly later received treatment in the hospital.

The husband, despite the footage, has apparently not been arrested yet.

Here is the video. Warning, it is graphic in nature.