Everybody can now be petty and a tattletale.

This was clearly the case for one road user who cannot live and let live and have to take matters into one's own hands .

The road user not only reported a violation to the Land Transport Authority via a few simple clicks of an app -- but even showed how it was done as it was shared on Facebook on Sept. 12:

What was the matter?

The road user shared how a report was made using the OneService App -- an all-purpose app to report on anything wrong in Singapore so the authorities can react to them.

The road user found out chrome wrapped cars are not allowed in Singapore.

According to one of the screen shots provided, the road user first engaged the LTA chatbot to ask about chrome surface vehicles in Singapore and if they are allowed. 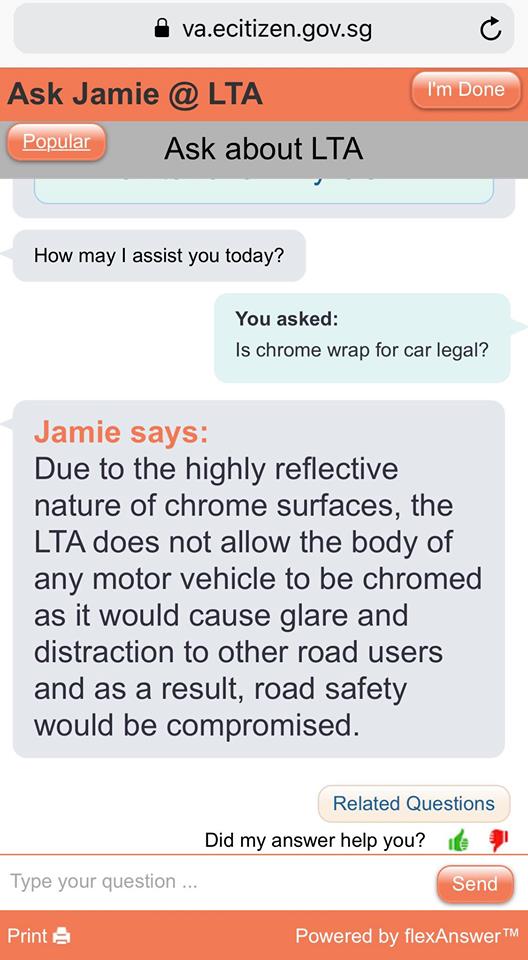 Turns out, they aren't as highly reflective surfaces causes glare and a distraction to other road users.

How report was made

First, the road user took a photo of the car: 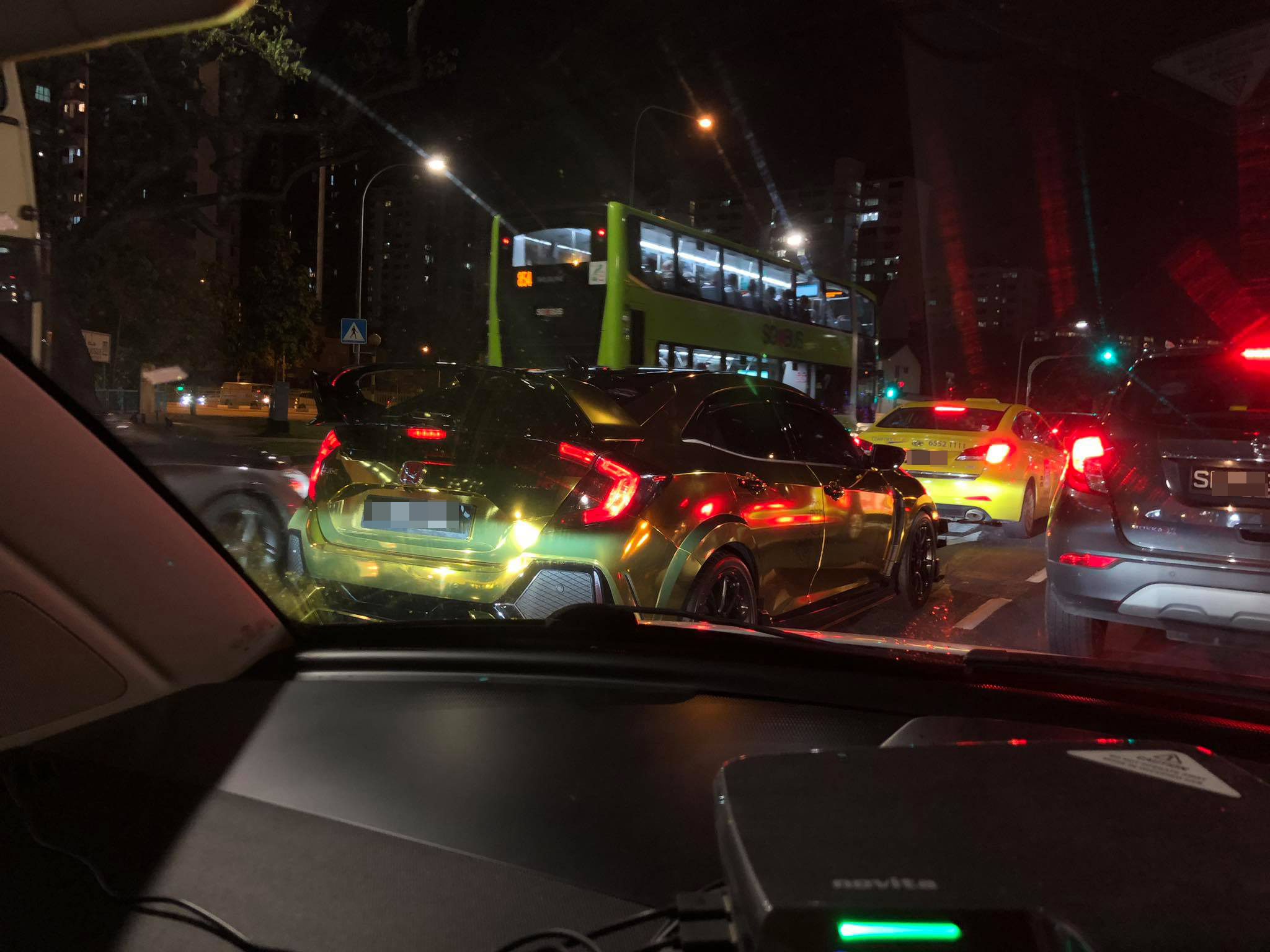 And then submitted the details, such as the car's license plate and where on the road it was spotted -- in this case, at 7.46am in the morning:

And the case would then be verified to have been received by the authorities who are presumably working on it as we write:

Of course, the reactions were all against the road user who made the report because no one really aspires to be this level of petty: 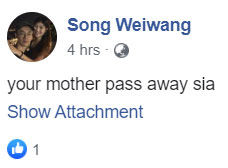 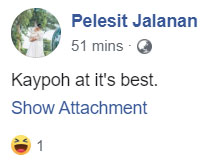