The prime minister shared his morning excursion on Facebook:

He wrote that they were "extremely lucky" to witness the event and encouraged Singaporeans to take their children to parks and nature reserves to explore these places.

The National Parks Board turtle hatchery opened on Little Sisters’ Island about a year ago on Sept. 29, 2018.

The clutch of hawksbill baby turtles that PM Lee saw emerge from the nest was the highest number hatched so far in 2019.

The hatchery is to allow conservationists to better protect rare sea turtles.

Nesting season lasts from around May to October. There are between 120 and 180 eggs in each nest.

NParks said the facility is located on Small Sister's Island because it sits between East Coast Park and the other Southern Islands, the two areas where most turtle nesting activities have been recorded since 2005.

Staff and volunteers will transport eggs found across Singapore to the incubation sandpit if their original sites are not suitable.

Volunteers help to take measurements of the weight and length of the baby hawksbill turtles before they are released to the sea: 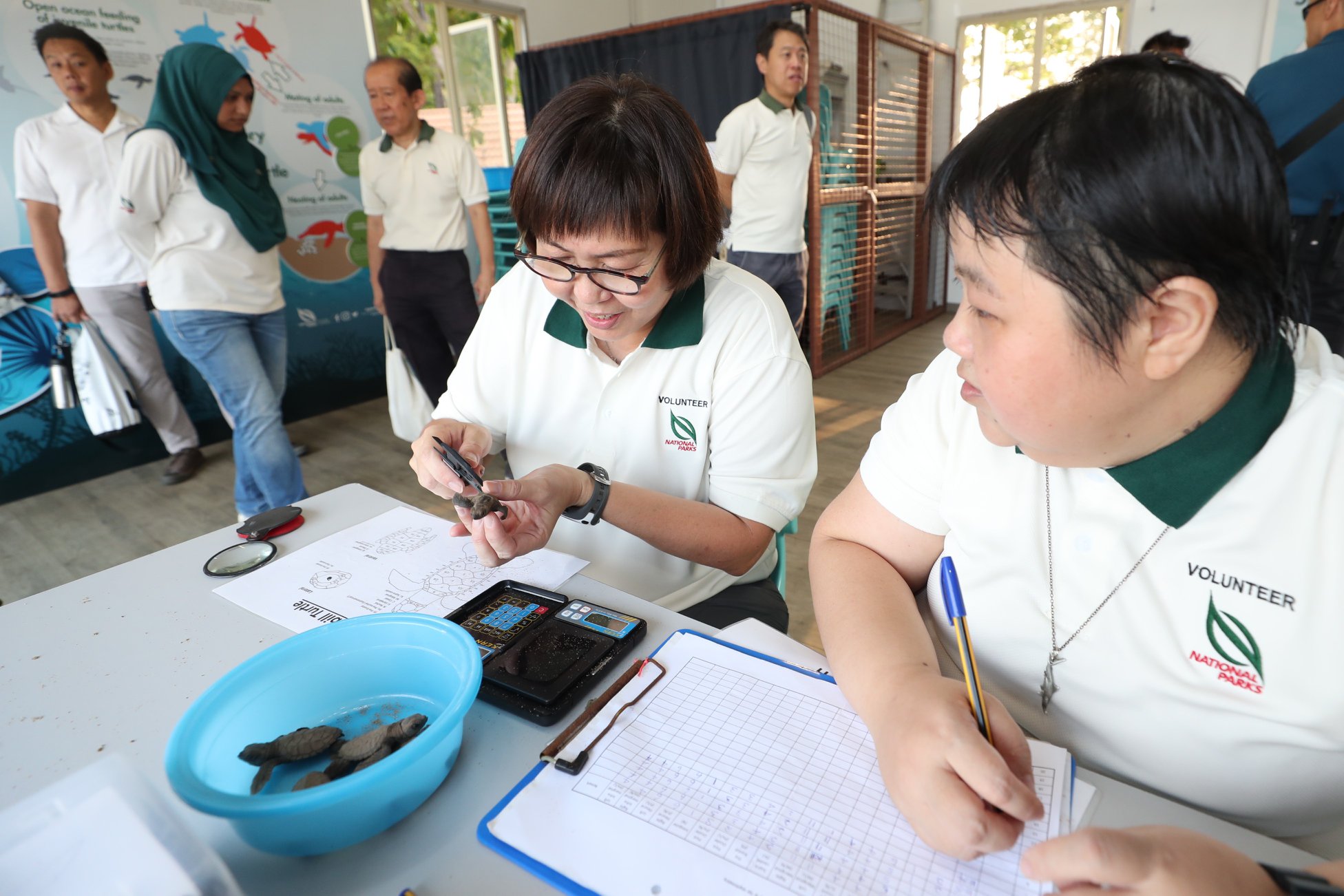 Ho helped release the turtles back into the sea: 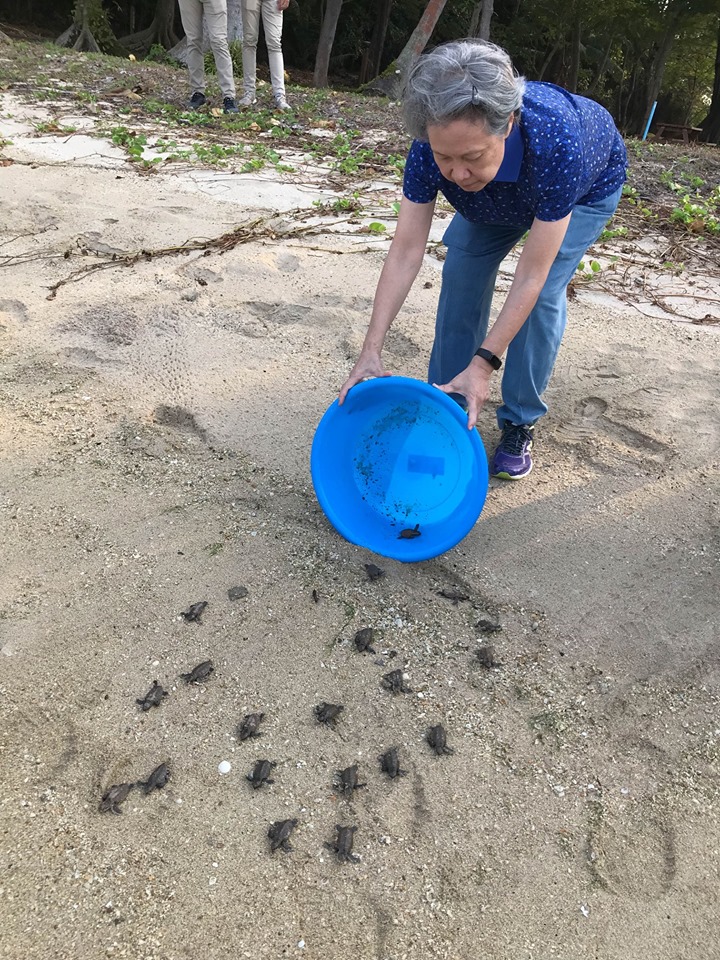 The turtles are released in batches where they instinctively make their way towards the sea.

This helps the females "imprint" on Singapore's beaches, so that one day they may return when it is time for them to nest.

After the turtles crawl down the beach into the water, the NParks team carefully collects them again, and then re-releases them further out at sea. The stronger current helps to sweep the baby turtles out to open water, and at the same time, helps prevent them from being eaten by the reef sharks that lurk close to the shores.

The hatchery comprises two sections: An incubation sand pit area, where trained volunteers and staff take care of eggs as they incubate, and a turtle field station that provides volunteer training, educational and research programmes, and other hatchery-related activities.