Malaysia's National Day on Aug. 31 has just passed, and in the lead-up to it, a particular hashtag began trending on Twitter.

The hashtag, "SayangIMalaysiaku", roughly translates to "I love Malaysia".

The tweets are rather lovely, with many Malaysians expressing their love for their country.

Freedom is for everyone. It doesn’t see colors or shapes 🙆‍♂️🙆🏽‍♀️🙆🏿‍♂️🙆🏻‍♀️. We’ve had enough of hate and violence, and now we need to build our new future, full of love and understanding. Let’s raise our glasses to Independence Day!#sayangimalaysiaku pic.twitter.com/ILZWMev54K

Even Lee Chong Wei got into it.

We love Malaysia so much that when my wife and I travel we don't tell people we're Malay or Chinese. We tell them we're Singaporeans so that when we act like a couple of idiots, people will say, "Fucking Singaporeans!" #SayangiMalaysiaku pic.twitter.com/bbZe2Zgkz9

In case you can't read it, here's what it says.

"We love Malaysia so much that when my wife and I travel we don't tell people we're Malay or Chinese. We tell them we're Singaporeans so that when we act like a couple of idiots, people will say, "Fucking Singaporeans!" #SayangiMalaysiaku"

As of this article's publication, it has received over 4,000 retweets.

Now to be fair to the Twitter user, his bio is quite clear with how seriously you should probably take the veracity of the man's claims in his tweets.

Still, his tweet was well-received by Malaysians, who saw it as a lifehack of sorts. 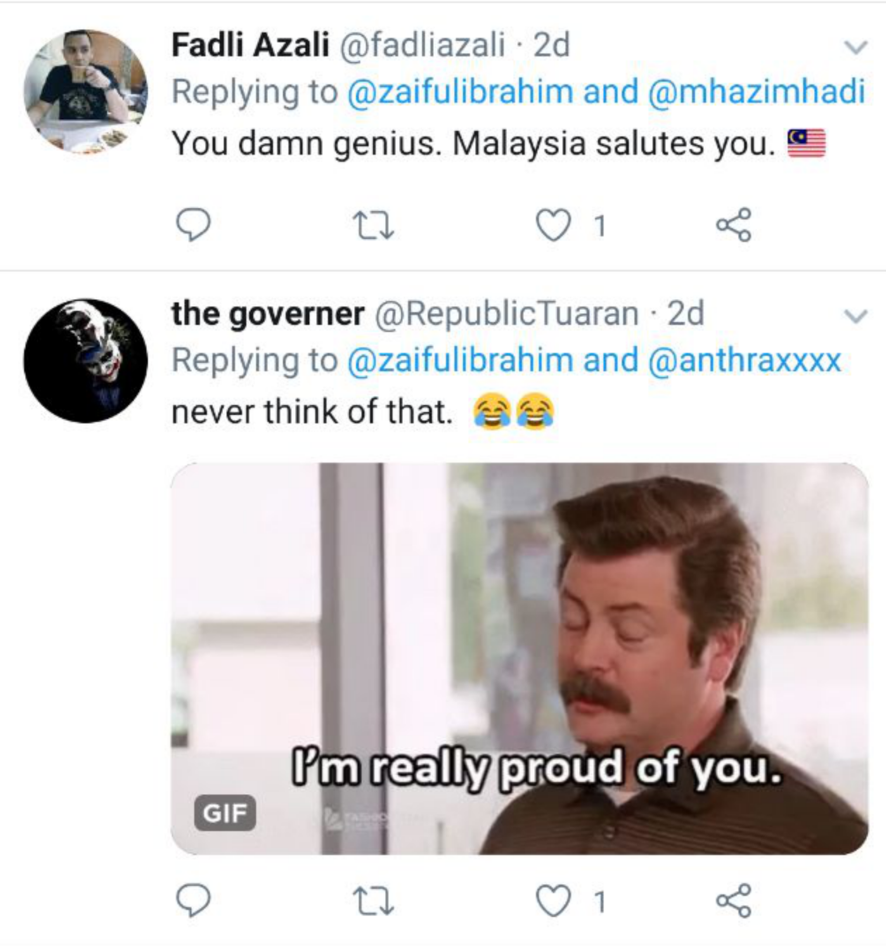 Although other Malaysians frowned upon the act.

Singaporeans, however, didn't take too kindly to his plan, with some pointing out the flaws in their plan.

As well as the ever-subtle economic flex.

Ahhh nothing UNITES Malaysians better than their hate for Singapore. ❤️ See u at work on Monday. Leave early k causeway jam. https://t.co/FlSx8eCy6h

No worries mate, when we go to 3rd world countries for holiday we say we’re from Malaysia too so that we don’t get scammed cos everyone will think we’re broke. https://t.co/nbhI0usinI

Others saw it as a learning opportunity though.

Going to tell people that I’m Malaysian when I go overseas next time. Thanks for the idea 🤣 Singaporean here 😀

A few took it as banter between two countries locked in perpetual passive-aggressive brotherhood. 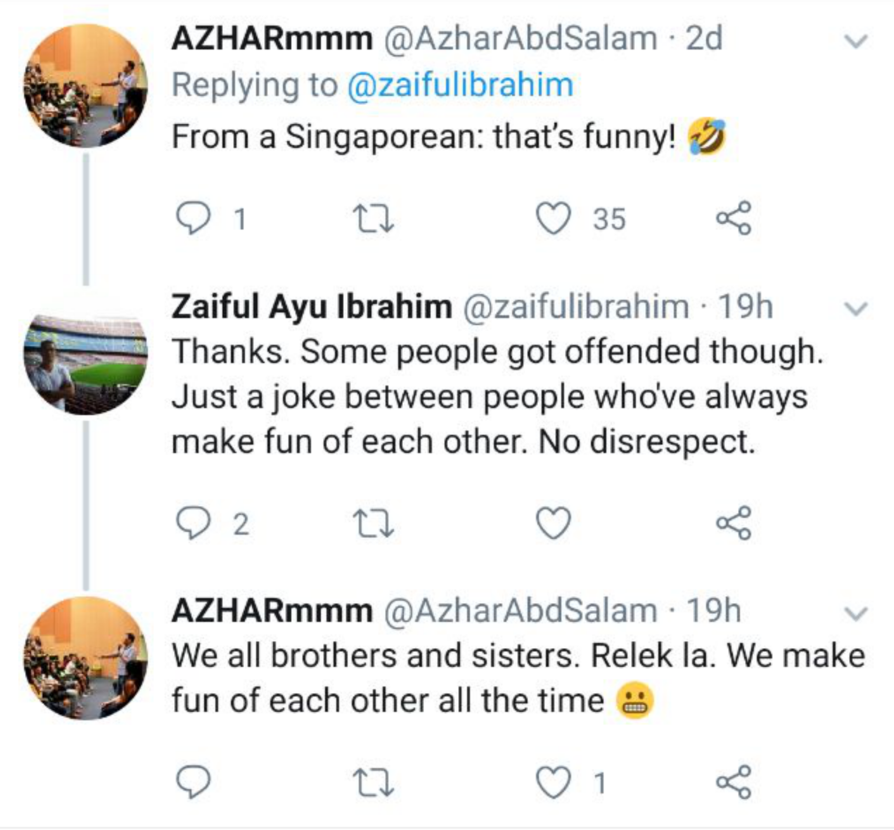 Image from Getty (ZoraZhuang and Deejpilot)