China Daily's Hong Kong edition posted a picture of the 9/11 terrorist attacks moments before the twin towers of the World Trade Center collapsed, along with the claim: "Anti-government fanatics are planning massive terror attacks in Hong Kong on Sept 11".

The terrorist attacks in 2001 resulted in the deaths of 2,763 people in total.

The claim was incredulous enough to netizens, as they flooded the post with comments, accusing China Daily of making up a story to malign the protesters and stoke fear among pro-government Hongkongers.

Many of the online commenters also pointed out that by using a picture of the 9/11 attacks to propagate a piece of misinformation for their own agenda, China Daily was being disrespectful to the victims of the actual attacks, as well as their family members.

The Editor-in-chief of Hong Kong Free Press, Tom Grundy, weighed in on the post as well:

China's state media are officially losing their minds over #HongKong: https://t.co/0LV9cYcGC8 (This is China Daily. TOP papers like @washingtonpost & @nytimes accept millions from them to plant genuine-looking 'news' inserts into their print editions.) pic.twitter.com/Cdi9UT5Ub4

One commenter also urged China Daily to uphold a higher standard of professionalism and provide readers with reliable news on "greater China", instead of perpetuating catchy "propaganda" that sparks paranoia and serves no constructive purpose. 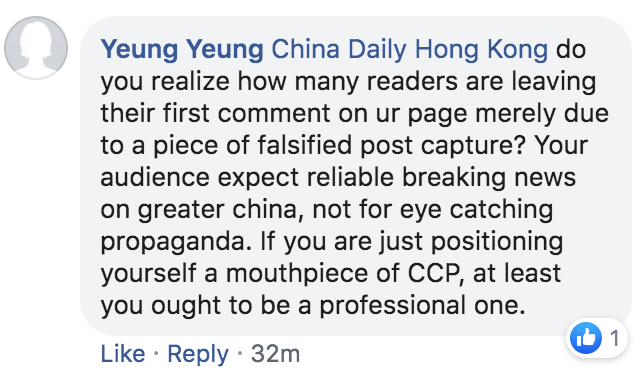 In addition, they asked China Daily to present the relevant evidence to back its claim.

Perhaps feeling the pressure to provide some sort of evidence to make its claim sound more valid, China Daily posted the alleged screenshot of a "group chat message" that it claimed was sent on instant messaging platform Telegram.

The screenshot of the post was taken 15 hours after China Daily first published the claim. 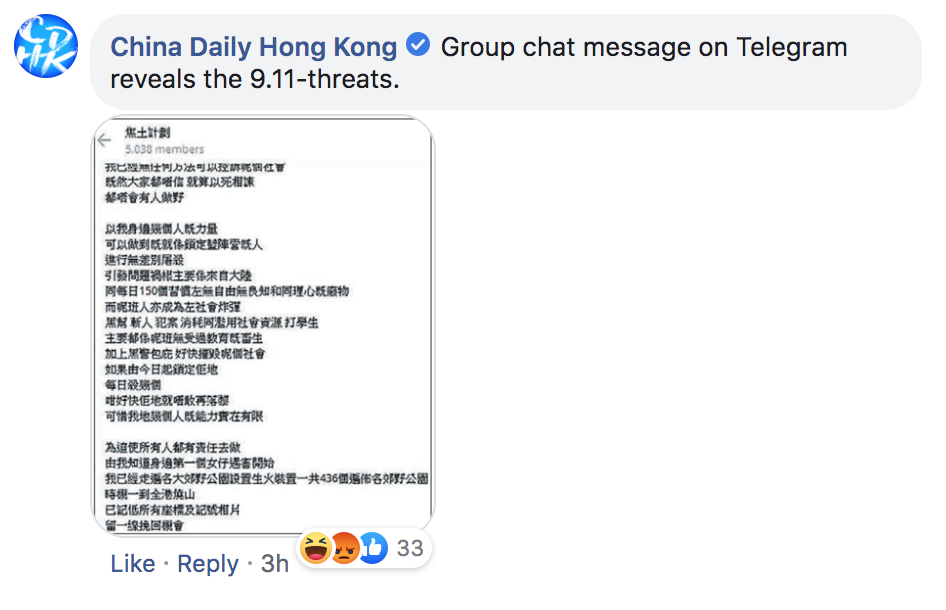 The post, seemingly written from the perspective of a Hong Kong protester, claimed that a total of 436 incendiary devices have been left at multiple parks in Hong Kong, waiting to be detonated.

The author of the post also claimed that he or she would reveal the locations of these devices should the Hong Kong government give in to the protesters' demands, one of which was letting the arrested protesters off lightly.

Should the government not give in to their demands, Hong Kong would be set ablaze, the post claimed. 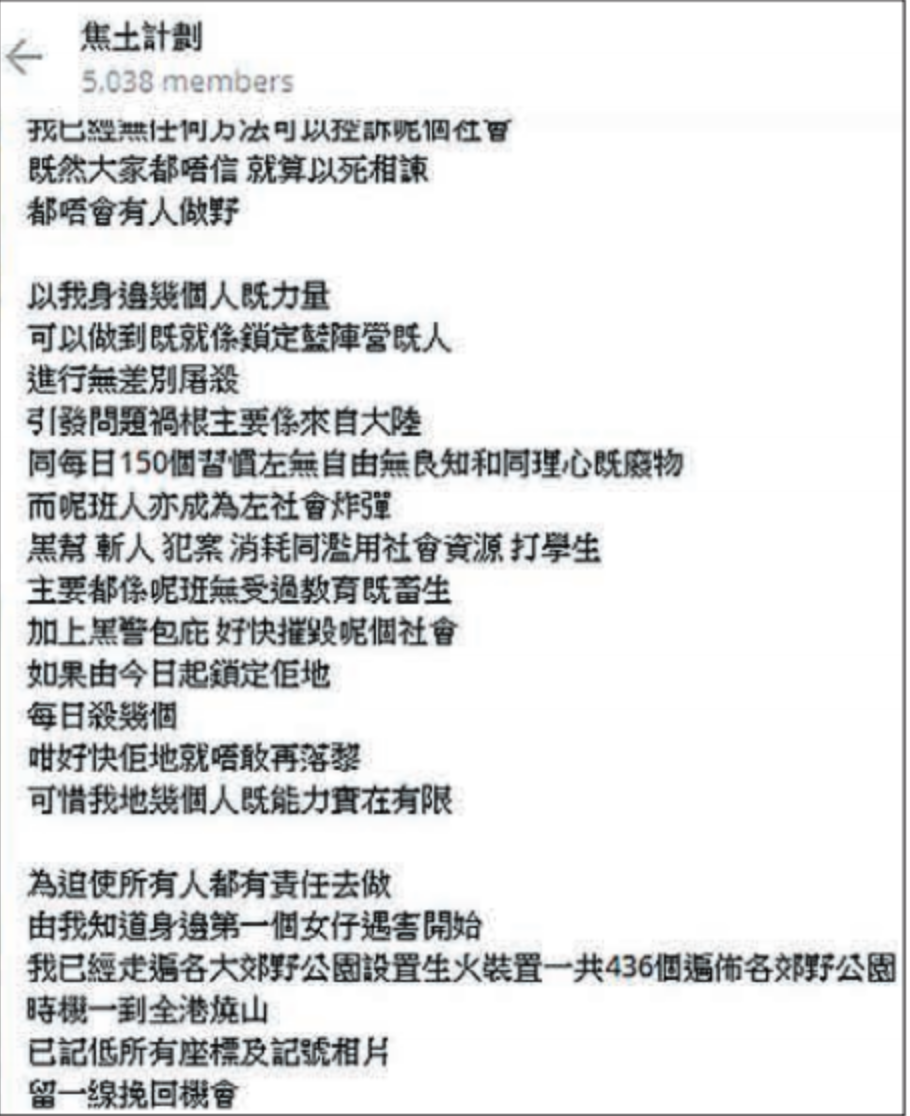 It is not common for terrorists to announce their plans regarding a planned terror attack beforehand.

However, China Daily failed to convince the sceptics with the piece of "evidence" it produced, with many dismissing it.

One even pointed out that the screenshot did not appear to be one taken from the Telegram platform.

Protesters question origins of the claim

A quick search on the Internet turned up certain posts with the exact same words, such as this YouTube video, this public post on a Facebook group, as well as a post on Hong Kong's Reddit-like platform LIHKG that has since been removed.

According to South China Morning Post, LIHKG users questioned if the post was deliberately written by pro-establishment or pro-Beijing actors in an inflammatory manner in order to smear the protesters.

A Telegram group with the same name in Traditional Chinese, which means "scorched earth operation" in English does exist as well.

However, the channel appears to be a private one, as it could not be found by searching for it within the app itself.

In suggesting that Hong Kong protesters are plotting a terrorist attack against their own homeland, China Daily appears to be positing the same conspiracy theory that 9/11 was an inside job -- one that was orchestrated by the American government.

This particular theory has been debunked multiple times.

But even so, it remains a popular theory that resurfaces every now and then.

The main thrust of the conspiracy theory is the normalising of the claim about how Americans are capable of worse things if they are already able to commit an act of atrocity on themselves.