A love story shared to the worldwide phenomenon known as the Subtle Asian Traits Facebook group, where millions of Asians congregate, has blown up for how sweet it is.

The man, Clarence Tan, who says he is half Singaporean and half Hongkonger, had recently married his fiance, Edna Sophia, who is from Ghana in West Africa.

However, the relationship was far from smooth sailing because Tan's father was initially unwilling to give them his blessings.

In his post, Tan detailed some of the challenges they faced.

Did not approve of the interracial couple

Tan said that some of the things his father told him were "hurtful".

According to Tan, his father thought that the difference in culture would result in lots of conflicts between them, which is bad for marriage.

His father also claimed that the relationship would be "bad for business", especially if he intended to work in Asia.

Due to these reasons, Tan's father apparently told him not to expect his blessings, and added that he may not show up at the wedding.

Tan said that he got into a lot of arguments with Sophia because of these tensions.

However, determined to get his family to warm up to her, he would constantly encourage his then-girlfriend to visit his family.

Over time, Tan shared that his family eventually accepted her upon finding out that she's "intelligent, kind, extremely caring and considerate, and polite".

Got married with family's approval

After three years of dating, they got married with his family's approval.

And Tan revealed that he has "never seen (his father) happier than on (his) wedding day".

Here are some other photos from their wedding: 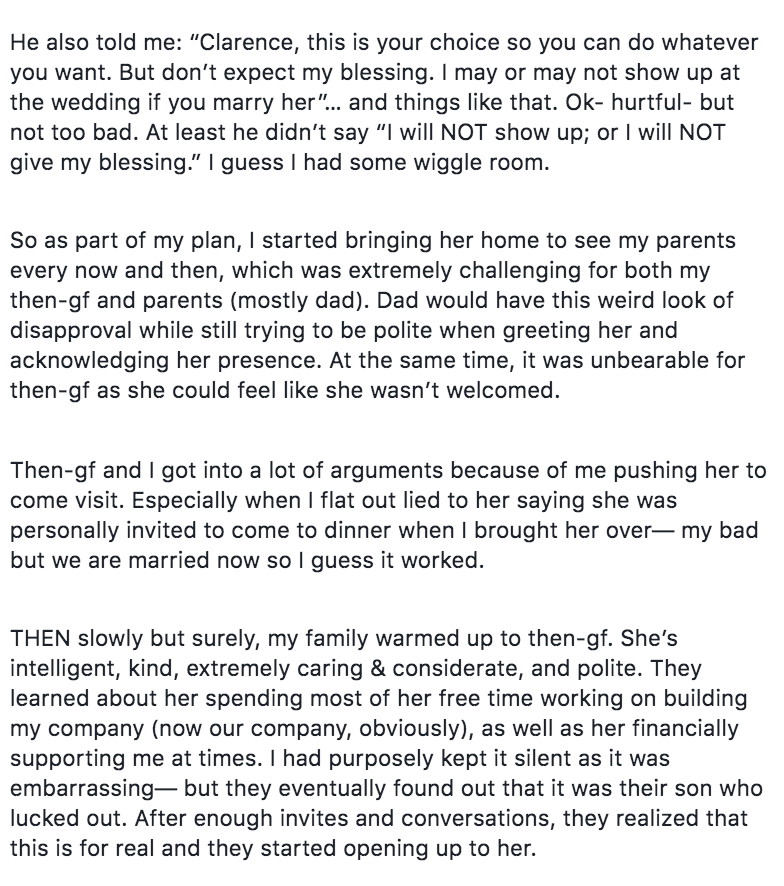 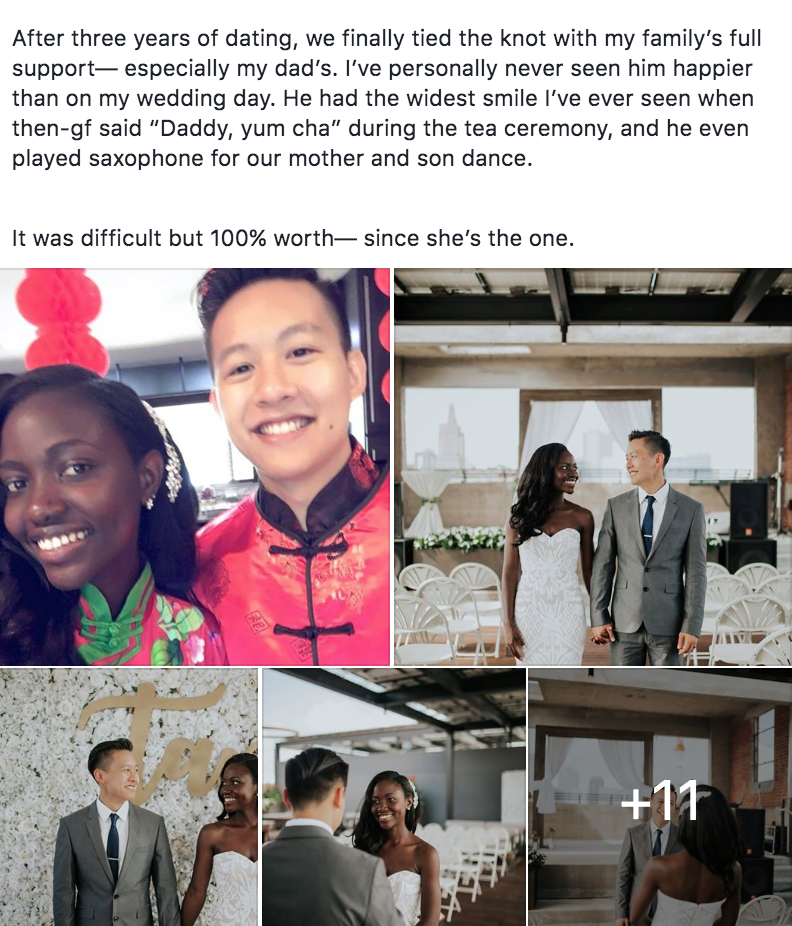