Many people might know Adam Khoo for his educational seminars or his motivational speaking.

The topic? On how the internet might respond to misogyny and jokes made in poor taste.

It all started with this "zinger" of an observation:

In a Sept. 10 post on his Facebook account, Khoo recounted his experience of being patted down by a "fortunately attractive" female security officer while passing through airport security.

He claimed that he could see her "enjoying herself smiling as she carrassed (Khoo's) leg".

Khoo added his observation that male security officers were not allowed to pat down female passengers.

"Why should only the lady security officers get to enjoy their job?" he wittingly quipped, before ending his bit with this punch line: "Normally people have to pay money to touch me."

However, it seemed that not everyone was left in stitches by Khoo's attempt at light entertainment. 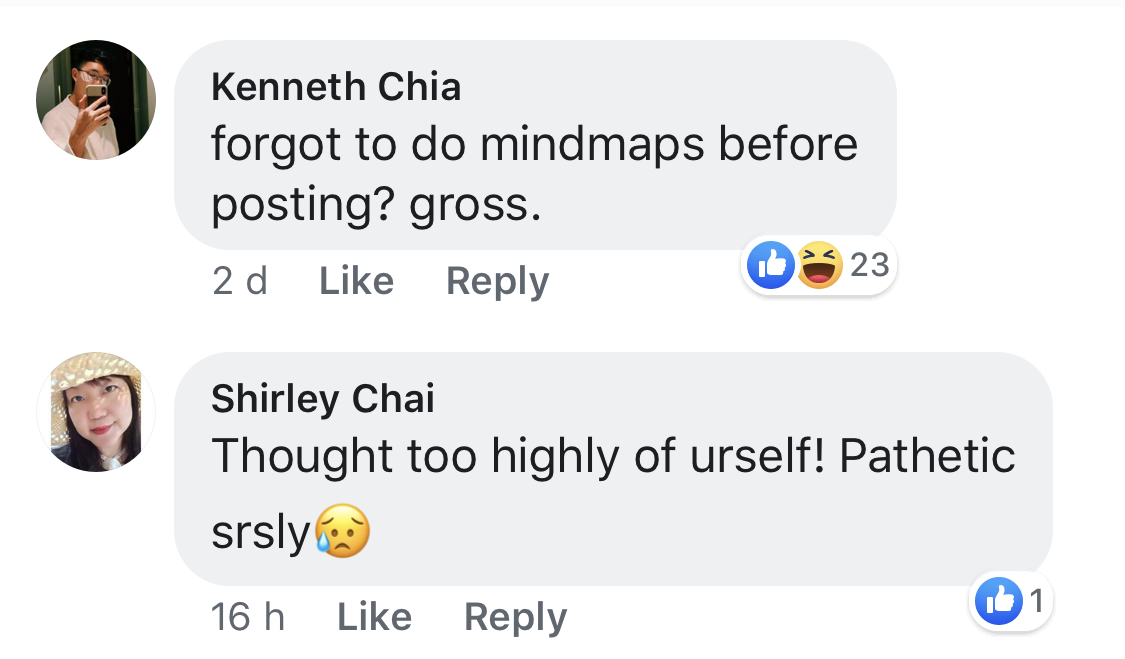 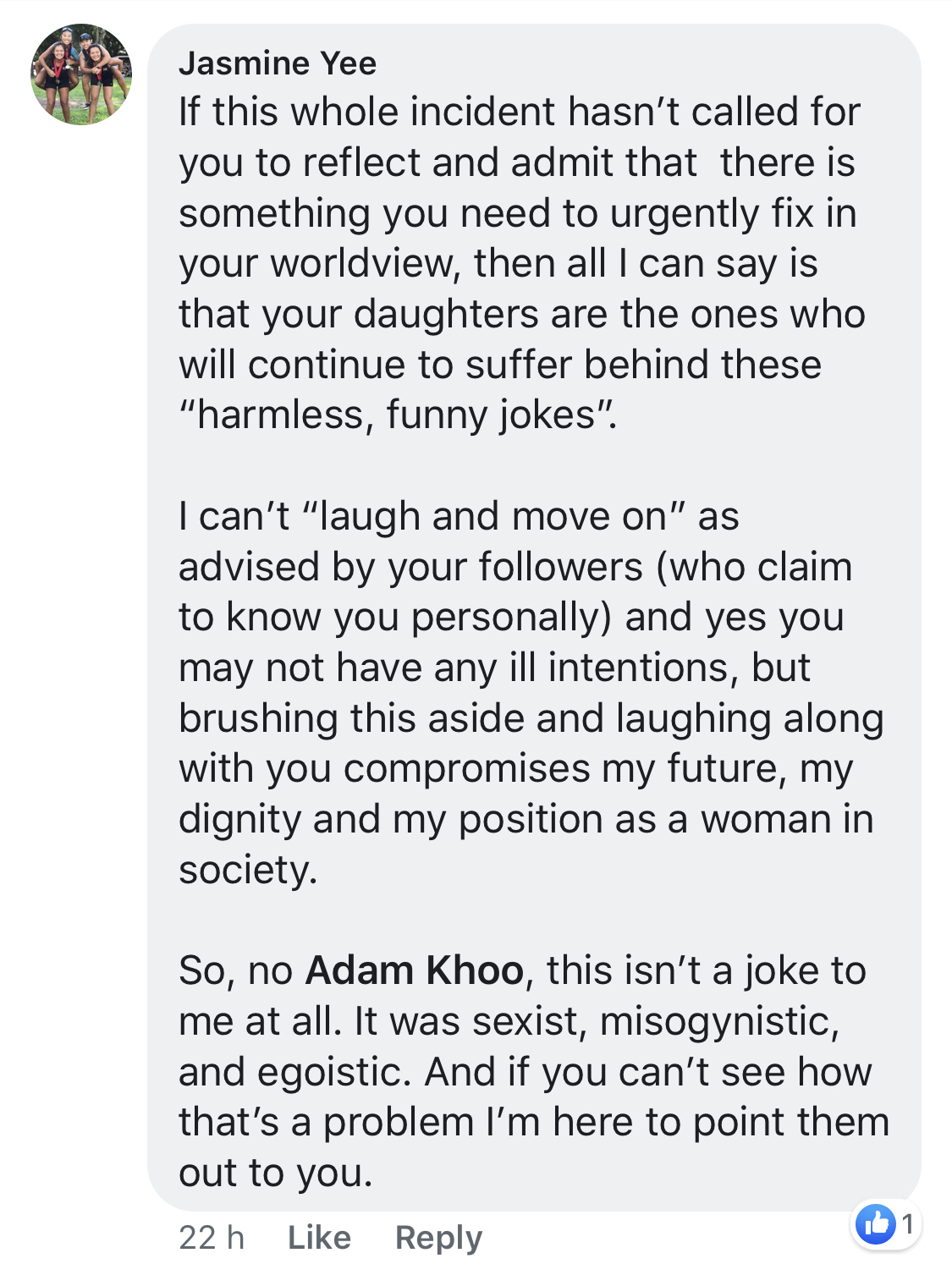 Not satisfied with the response to his foray into 18th-century stand-up comedy, Khoo retaliated with the following post on Wednesday, Sep. 11, which was also posted in the comments section of his original joke:

The double down included a riposte that accused his detractors of having "an inflexible mind" that rendered them unable to understand the nuances of his finely crafted knee-slapper.

According to Khoo, these people "get offended by anything that does not match their perfect model of the world".

In his model of the world, they are "very sad people".

It must have come to Khoo's surprise then, that his second post didn't motivate people to change their opinion of him.

Instead, it drew the entrepreneur even more flak. 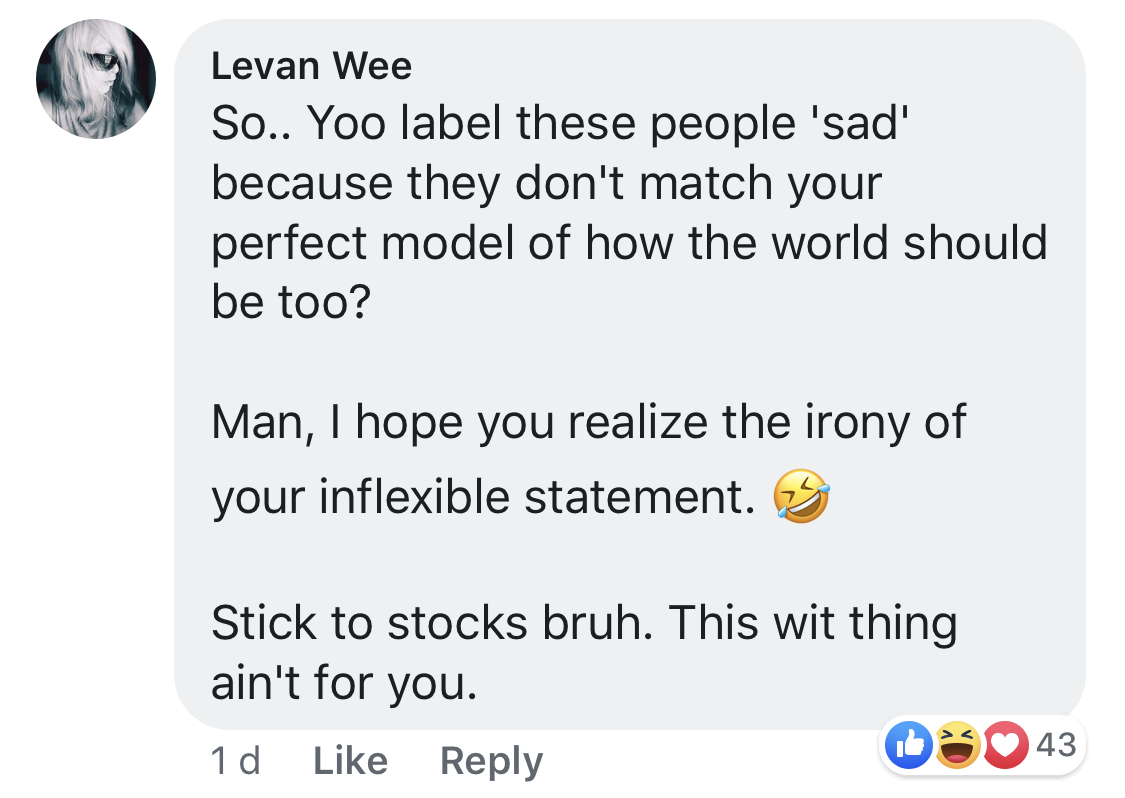 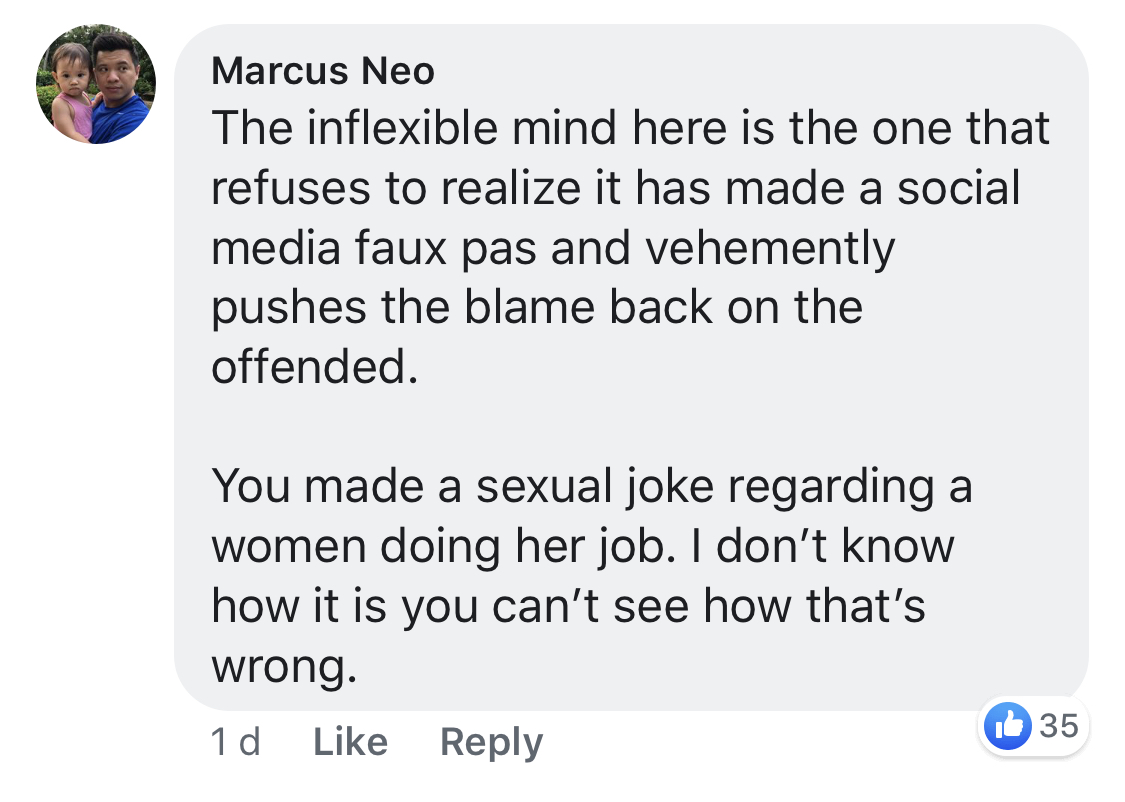 This second barrage of hate must have finally caused Khoo to sit back and think, because on Saturday, Sept. 14, he returned to his educating ways with a lengthy post.

In his teaching moment, Khoo thoughtfully and sensitively reflected on why it was that "the same words (he) wrote made some people laugh and another group of people got offended/disgusted".

"Indeed it is not the event (words) that determine our emotions BUT how we choose to interpret, give meaning to and respond to an event that determines how we feel and how we act."

Khoo then apologised for "attacking those who gave negative comments", as well as the manner by which he had "disregarded feelings".

"I will continue to do my best to make this world a better place and if I do screw up again, do remember to let me know," he wrote.

It seems that after his failed comedic ventures, Khoo might now be a trying what it's like to be a feminist.

He wrote that "if women lead the world, we would have a lot more peace, love and understanding".

Will we next hear of unconfirmed reports surfacing that Khoo is also planning on campaigning for women's rights alongside Emmeline Pankhurst this weekend at Hong Lim Park?