A video involving a grisly stabbing scene that allegedly took place in "Tampines Mall" has been making the rounds.

According to a tweet, a video of the "fatal stabbing" has been circulating on WhatsApp, allegedly occurring at Tampines Mall. 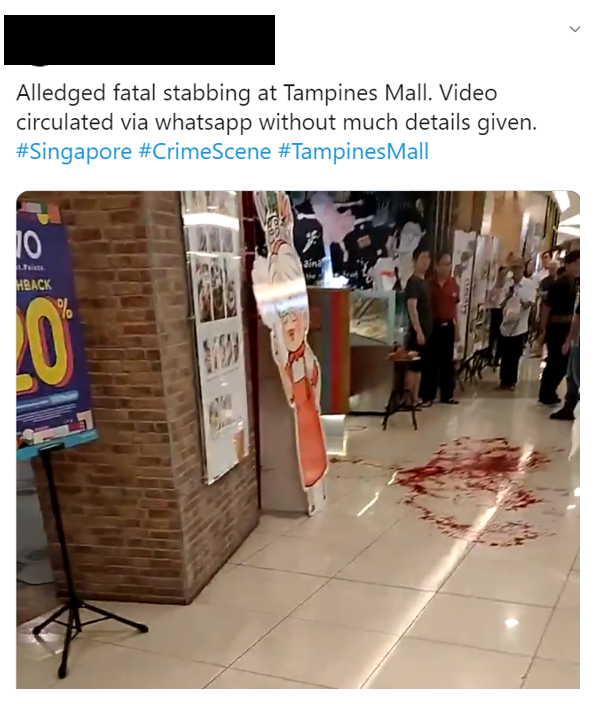 The same video has also been uploaded to YouTube:

In the video, a large pool of blood can be seen on the floor of the mall. A small crowd can be seen gathering outside the restaurant where the incident purportedly took place.

The video also shows several people attending to a casualty.

Unlikely to have happened in Singapore

It is unlikely that the incident took place at Tampines Mall, or even in Singapore.

The video shows an Ovo poster regarding a 20 per cent cashback promotion.

Ovo is a telco company that cannot be found in Singapore.

Several Indonesian media outlets also reported on a video of a stabbing incident that took place in Pluit Village, which is a mall in Jakarta.

According to Merdeka, the incident allegedly involved a restaurant employee stabbing his colleague in the neck. The incident took place on Aug. 25.

The layout of escalators and mall fixtures also look similar to the environment captured in the video.