Unless you're great with claw machines or downright lucky, you would never be able to land a huge prize.

Especially one of those life-sized Hello Kitty plushies, for instance.

For one Mike Yea, he recently took to Facebook group Claw Machine Club to try and sell a huge plushie that he had apparently won from a claw machine.

Here's a photo of the "brand new" Hello Kitty, still wrapped in the plastic:

The plushie is about 1.5m tall, according to him.

And if you need a closer look:

Yea said that he is selling the plushie for S$300, and interested parties should message him directly.

In response to his offer, several people pointed out that the price Yea quoted was way too much. 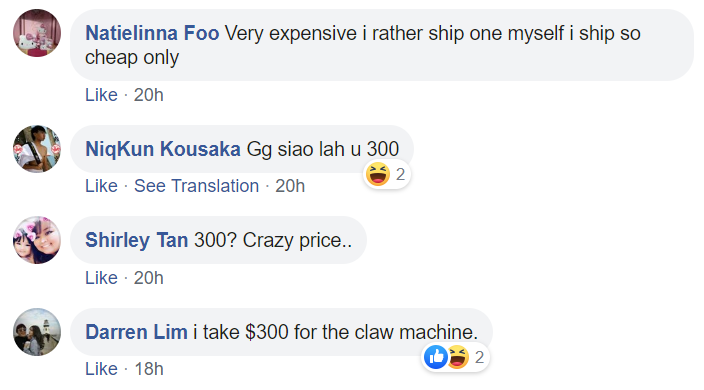 Yea, however, apparently seemed unperturbed by this feedback.

This is his response, urging people to "think about the time and money" spent to obtain the plushie.

He even added that it was "not easy for (him)" to obtain it.

Oh, the price is apparently negotiable too.