Ever tried to help someone only to be told off by that ingrate of a person?

Well, one guy in Singapore was on the receiving end of some impoliteness, despite taking some time out to help a Mandarin-speaking tourist.

But the Singaporean got the last laugh, apparently.

Tourists asking for directions in Singapore are common enough, given how Singapore received a record number of tourist arrivals in 2018.

The Singaporean recounted his story in a very succinct tweet: 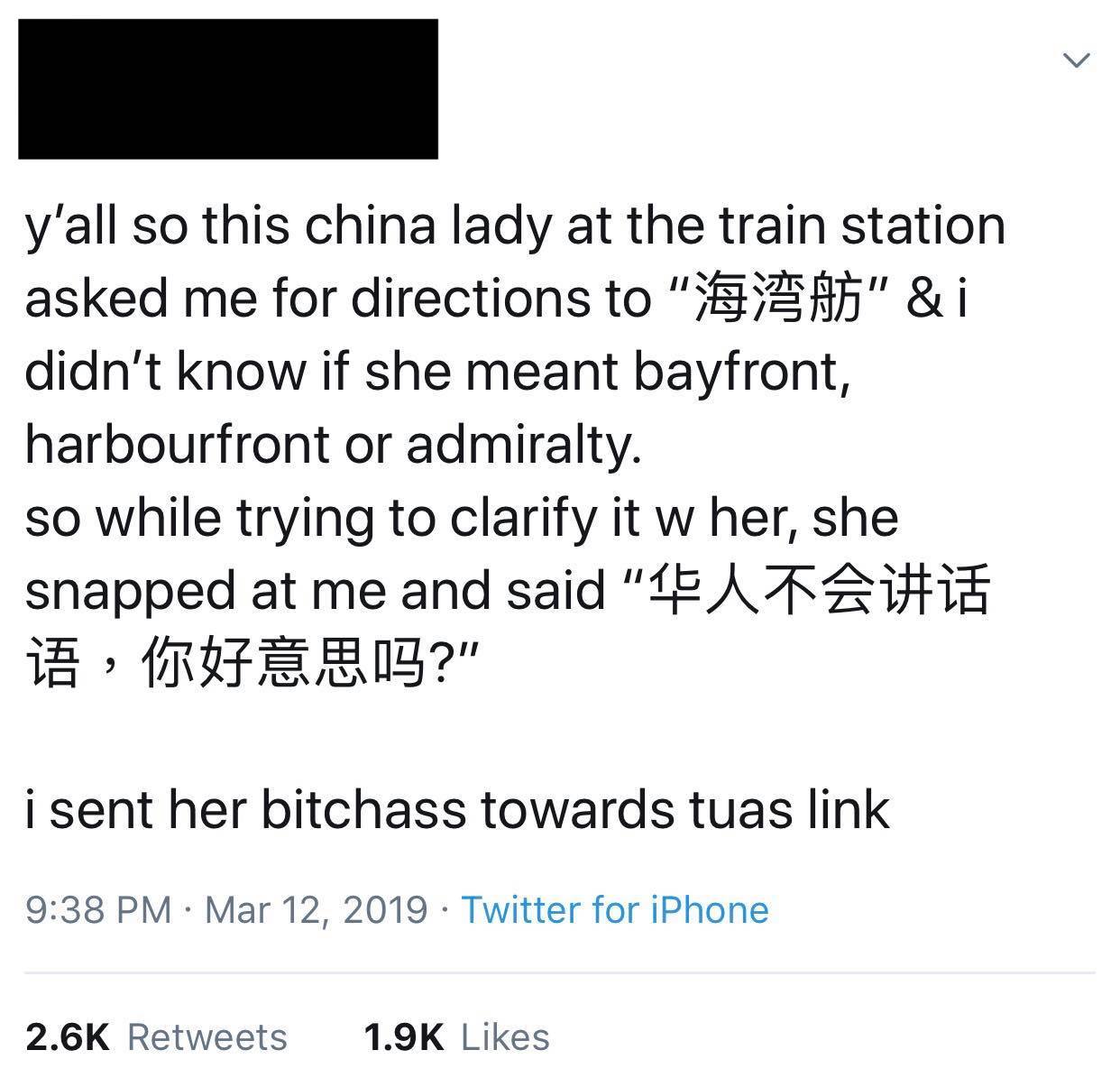 He tweeted that the Chinese tourist he met at a train station asked for directions to 海湾舫 (hǎi wān fǎng), which is Bayfront.

But he was not sure if that location meant Bayfront, HarbourFront or Admiralty, and he tried to clarify it with her.

However, according to him, the tourist snapped at him and said: "华人不会讲话语，你好意思吗?"

Her reply roughly translates to: "Chinese but don't know how to speak Mandarin, aren't you ashamed of yourself?"

The Twitter user then decided to send the tourist in the direction of Tuas Link instead, which is at the extreme west end of the island.

The hilarity of the situation was not lost on other Twitter users.

The tweet received more than 1,900 likes and was retweeted 2,600 times in less than a day.

Tried to help but was taking too long

He provided more details in subsequent replies to his original tweet.

He said that he was "genuinely trying to help", but the woman "got mad because [he] took too long".

Proof that he was not proficient in Chinese at all

In addition, he subsequently realised that he keyed in the wrong Chinese character in his tweet, and this was as good as any proof that he is not lying when he said he got a C6 for the subject in the past. He also revealed that he has dyslexia, a common learning disorder that makes the learning of languages tough. 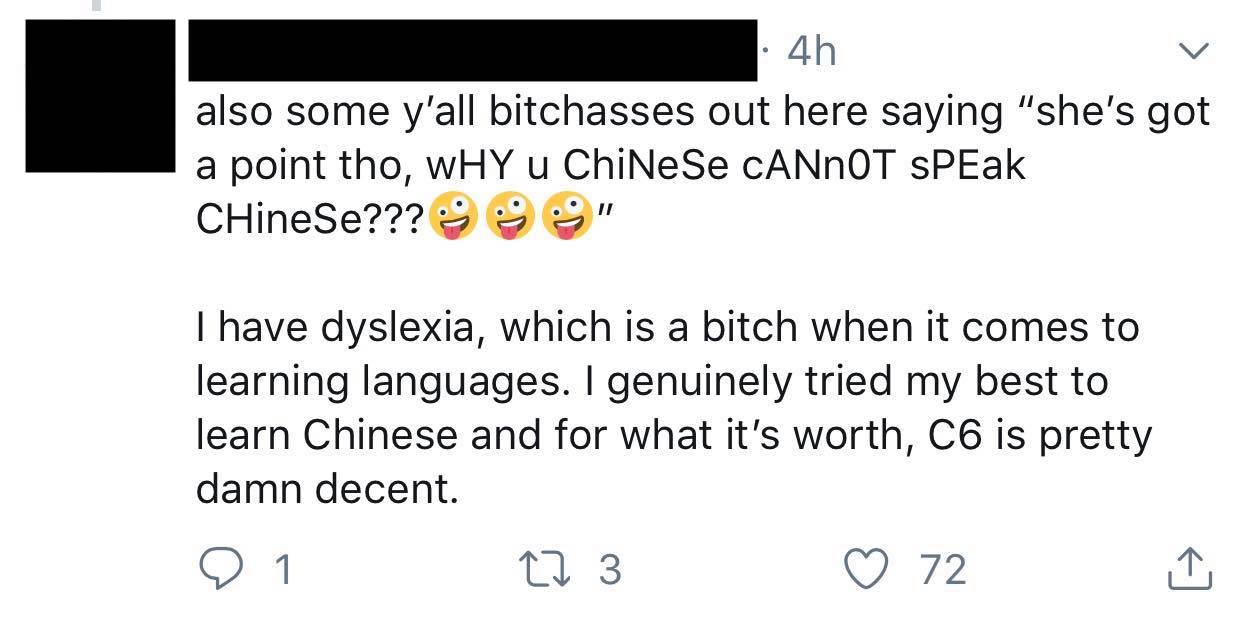 But even so, he is proud of himself for getting a C6 for his Chinese, because he managed to pass the subject.

And he probably should be proud he can even point the Mandarin-speaking tourist to Tuas Link at all.

For those of you still wondering what the station names of Marina Bay, HarbourFront, Admiralty, etc are in Chinese: