The next time you head towards Newton Food Centre for a delicious meal, keep your eyes peeled for what looks like a giant bamboo treehouse.

Say hello to DBS Newton Green – the first bank building in Singapore that produces as much energy as it consumes. The 30-year-old building was certified by the Building and Construction Authority (BCA) to be net zero after it got a facelift over the past year.

DBS CEO Piyush Gupta said DBS decided to retrofit the building as opposed to redeveloping it to “lead by example and embed sustainability into our business practices and operations”.

Retrofitting an existing building is a more sustainable move than demolishing and redeveloping the entire structure, as construction emits a significant amount of carbon.

The World Green Building Council estimates that carbon emitted from construction constitutes up to 40 per cent of Singapore’s carbon emissions due to the greater rate of urban renewal and shorter building lifespan in the city.

How did DBS do it?

The bank minimised energy consumption in creative ways by using new technologies, then maximised renewable energy production to generate the rest of the energy needed.

Reduced energy consumption by 70 per cent

Before retrofitting works began in 2021, DBS Newton Green consumed about 845,000 kWh each year.

This is equivalent to the annual energy consumption of about 200 four-room HDB homes in Singapore.

Now, the retrofitted building has slashed its energy consumption by 70 per cent.

This was primarily achieved through using smart lights and air-conditioning, which automatically turn off when the space is unoccupied. 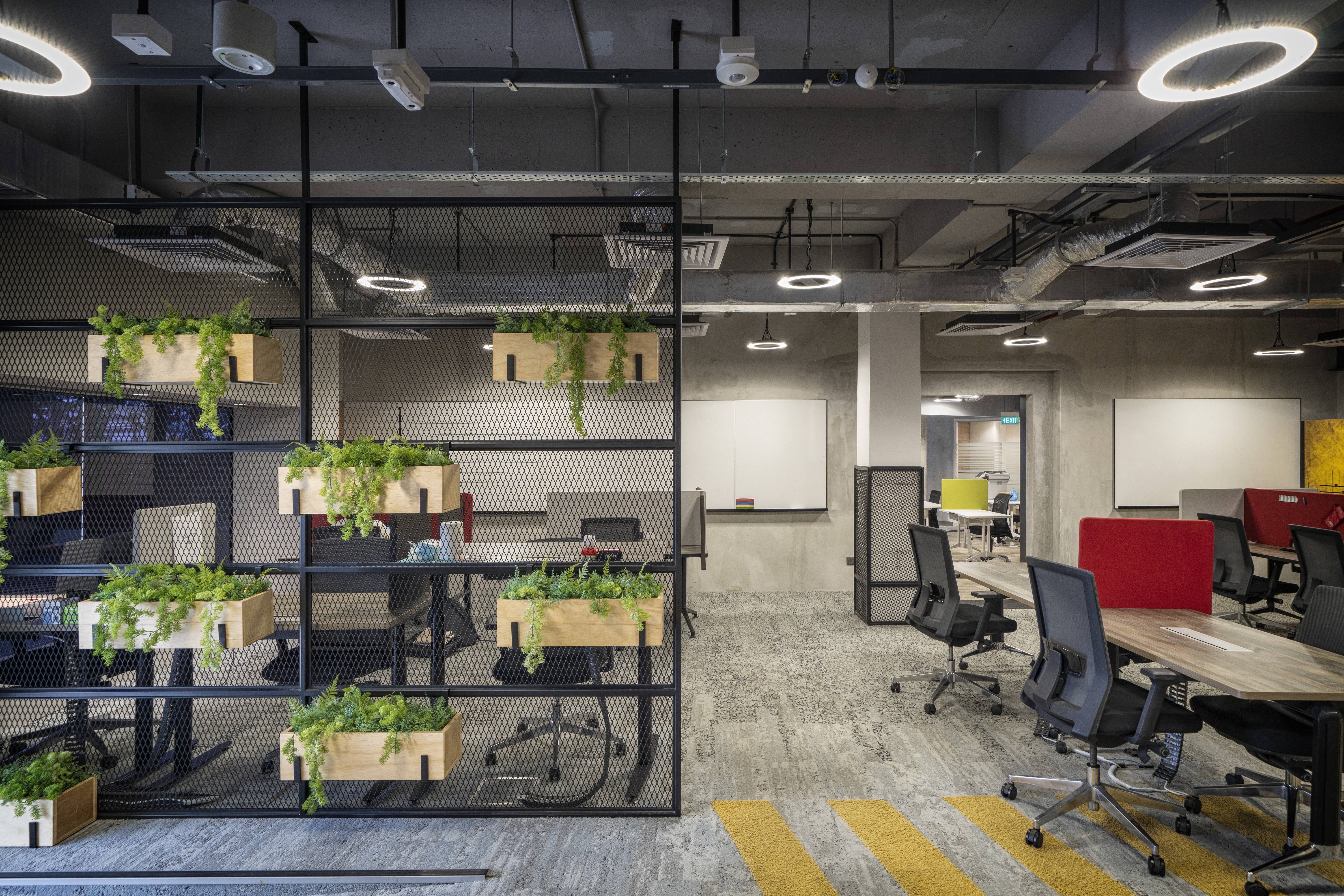 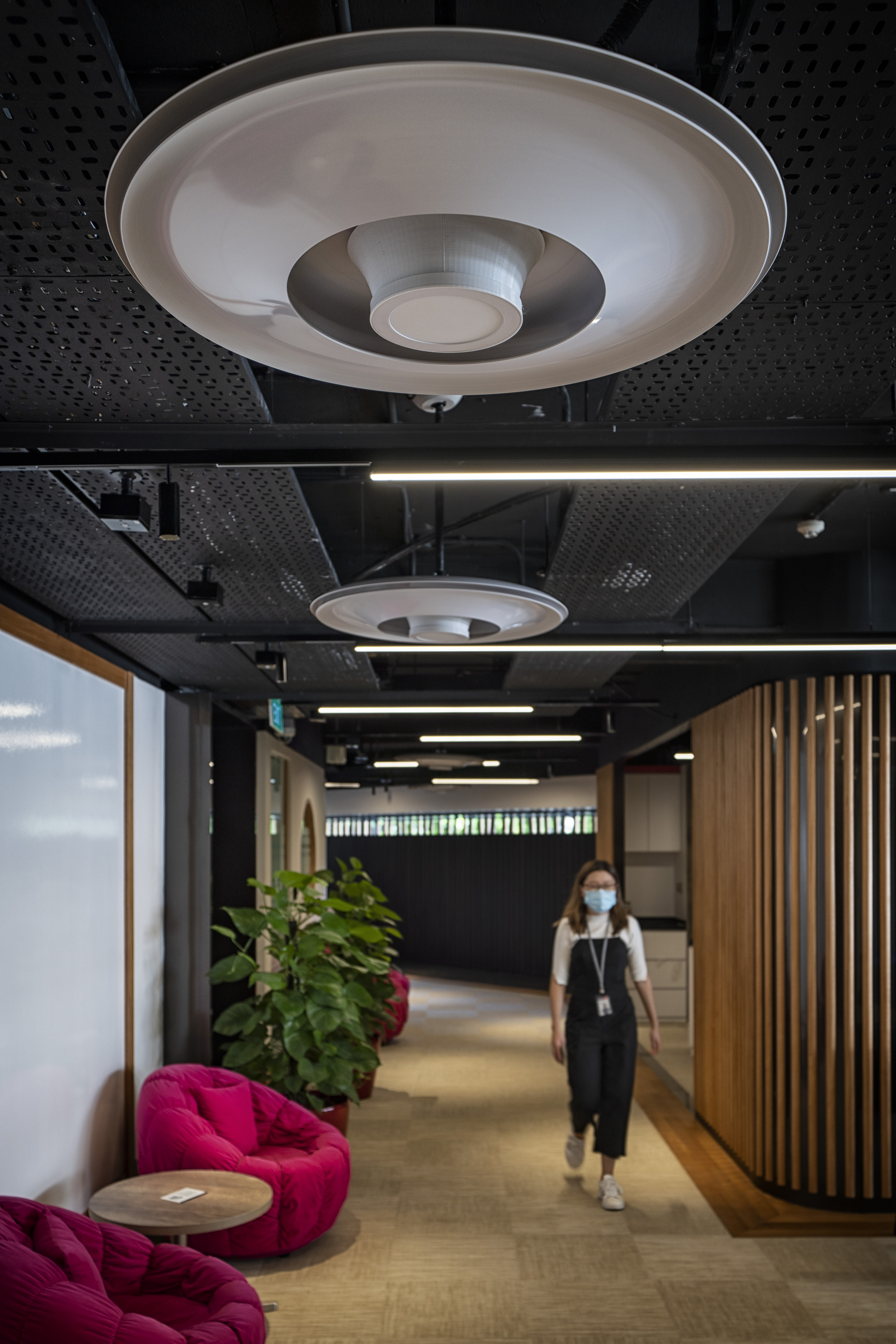 The office also cut down on air-conditioning by converting 10 per cent of its floor area to naturally ventilated spaces. The four-storey building has a slatted facade made of bamboo, which shades the building while encouraging natural ventilation.

As a natural material, the carbon footprint of using bamboo is lower than that of steel or concrete. The building, which houses over 400 employees, is also designed to let in natural light which reduces the amount of energy needed for lighting. DBS Newton Green now consumes only 30 per cent of what it used to, which is about 265,000 kWh annually.

The net zero building runs only on renewables – over 1,000 square metres of solar panels deployed on the rooftop harvests energy from the sun.

Innovative design features such as a newly created overhang were incorporated to create more space for solar panels, which were optimised using AI to improve their efficiency and performance.

The building’s design was revised to free up more space for solar panels, which were all optimised using AI to improve its efficiency and performance. DBS also worked with Singapore-based company Alpha Biofuels to replace the diesel oil in its backup generator with biodiesel made from used cooking oil.

A safe haven for native wildlife

Over time, living plants will grow to cover more than half of the building’s exterior, which will not only help cool the building, but provide shelter for native bird and butterfly species.

When DBS was designing the building’s bamboo facade, they worked closely with Nature Society Singapore (NSS) to select plants that would be grown on the facade.

The living facade includes plants that can host caterpillars of butterflies like the Common Birdwing, as well as provide niches for local birds to roost.

Ecologist and NSS president Shawn Lum said the intention was to bring meaningful biodiversity value to the building.

“From our earliest conversations with DBS, the goals of the redesigned façade were clear – could the building go beyond being net-zero carbon and become a haven for biodiversity?

The nearby grounds of the Istana are an oasis for urban nature and harbours nationally endangered species such as the Common Birdwing butterfly, the Oriental Magpie Robin, and the Oriental Pied Hornbill.” Making use of local eco-innovations

The driveways in the DBS Newton Green compound are also paved using a sustainable material known as “NEWBitumen”.

NEWBitumen is made from recycled plastic waste and reprocessed asphalt waste, and is produced by local firm Magorium, a social enterprise supported by DBS Foundation. 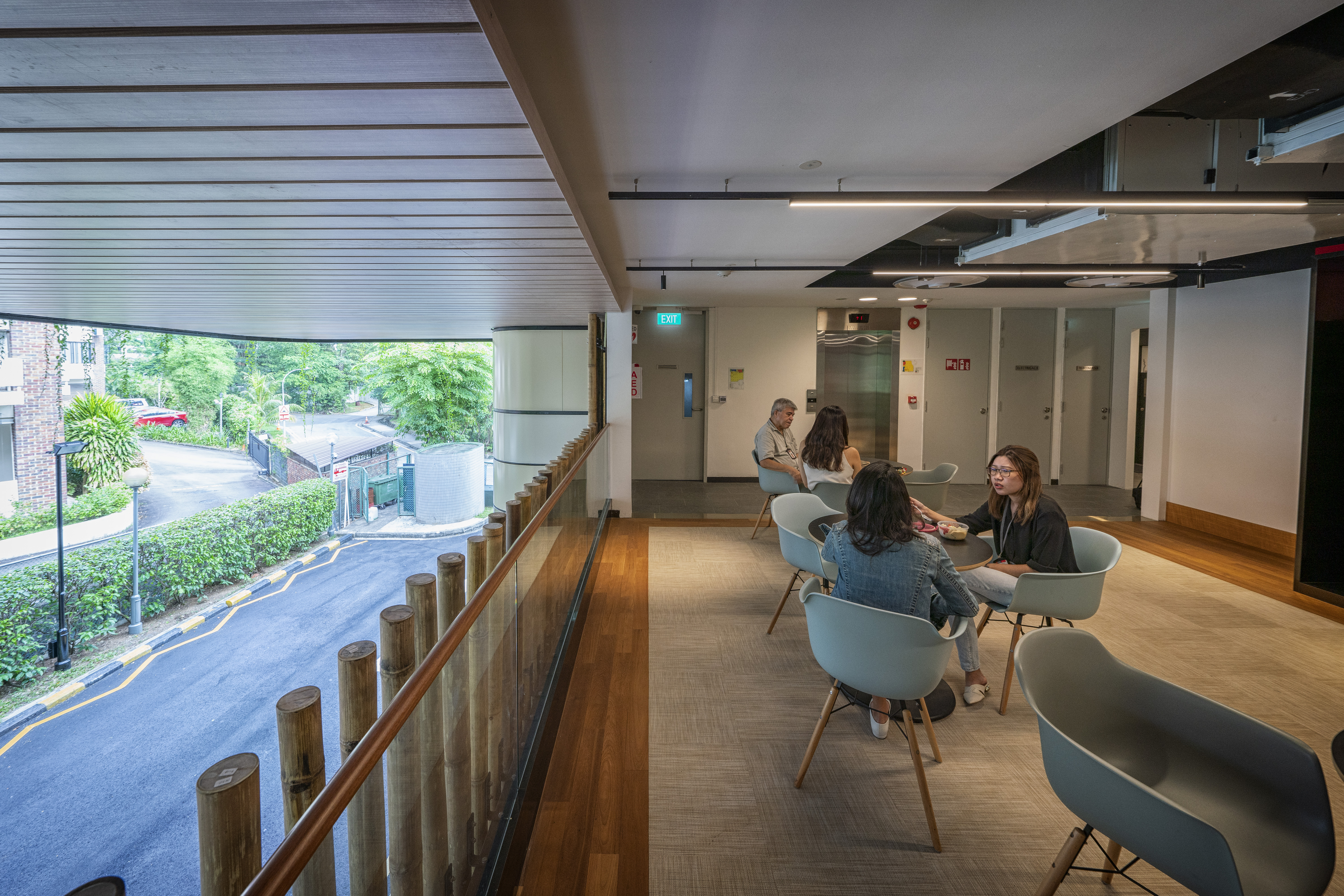 DBS even provides environmentally-friendly options for its employees by offering a range of plant-based snacks made from crops grown through regenerative agricultural practices.

These snacks are manufactured by WhatIF Foods, another local social enterprise supported by DBS Foundation.

A portion of the cost of the retrofitting works for DBS Newton Green was covered by a green grant awarded by BCA.

The renovated building is also part of DBS’ pledge to achieve net zero operational carbon by the end of 2022.

“We see DBS Newton Green as a beacon for what the office of tomorrow should be. It is a living testbed for innovative sustainable technologies which can be scaled up not only to the rest of our offices, but also other organisations looking to green their footprint,” said Gupta.

The writer of this sponsored article by DBS would come to office more often if it was as cool as this one.