Gen Zs and Millennials who love a good shopping deal should head down to Funan this August.

From Aug. 19 to 21, Love, Bonito and ShopBack will be hosting a limited-time Parisian pop-up cafe at the Community Space at Love, Bonito Funan. 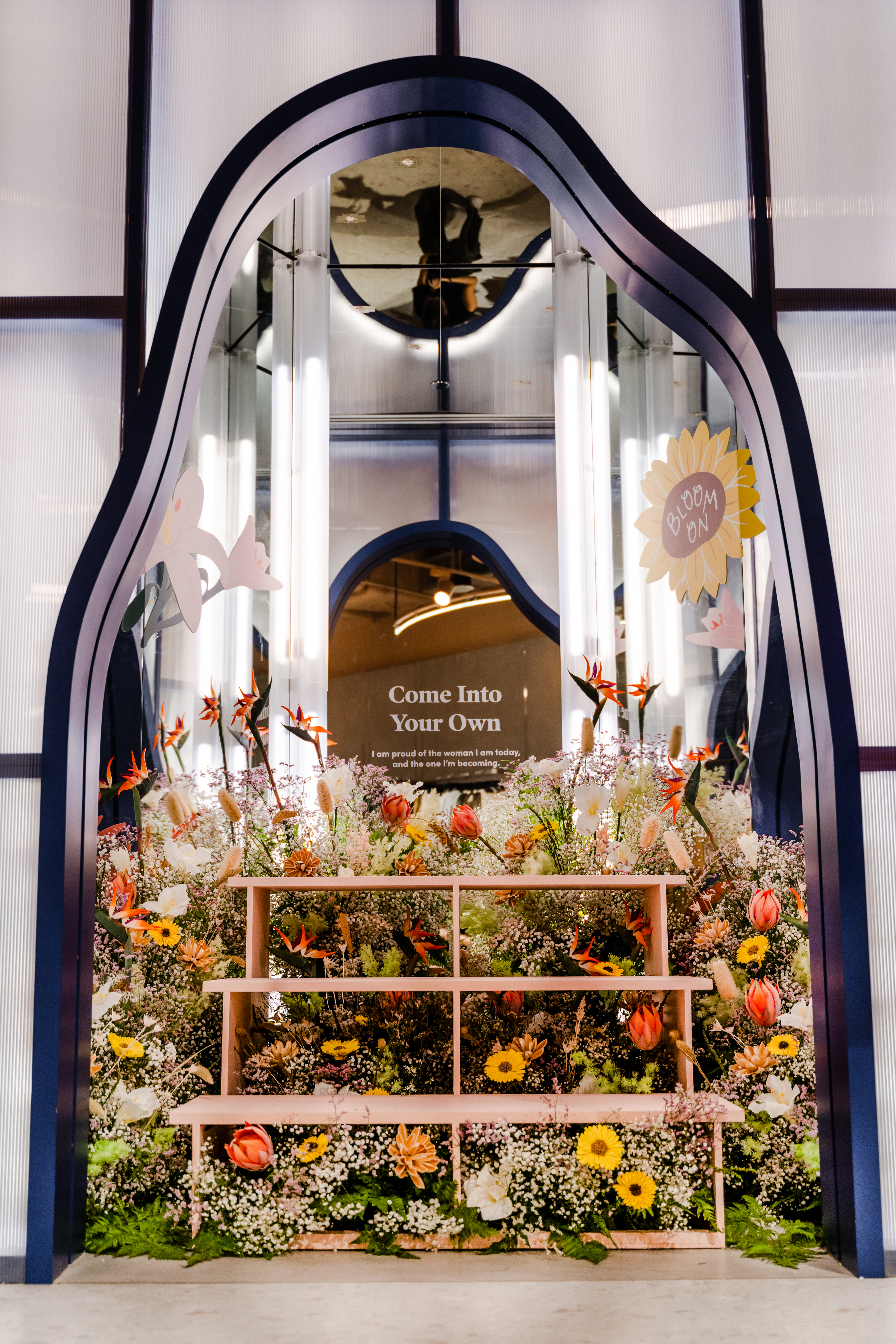 To top it off, customers will also enjoy a freshly brewed coffee or tea of their choice from PPP Coffee, with PPP’s crowd favourite - The PPP Coffee Throwback containing flavourful hints of dark chocolate, caramel and hazelnut. 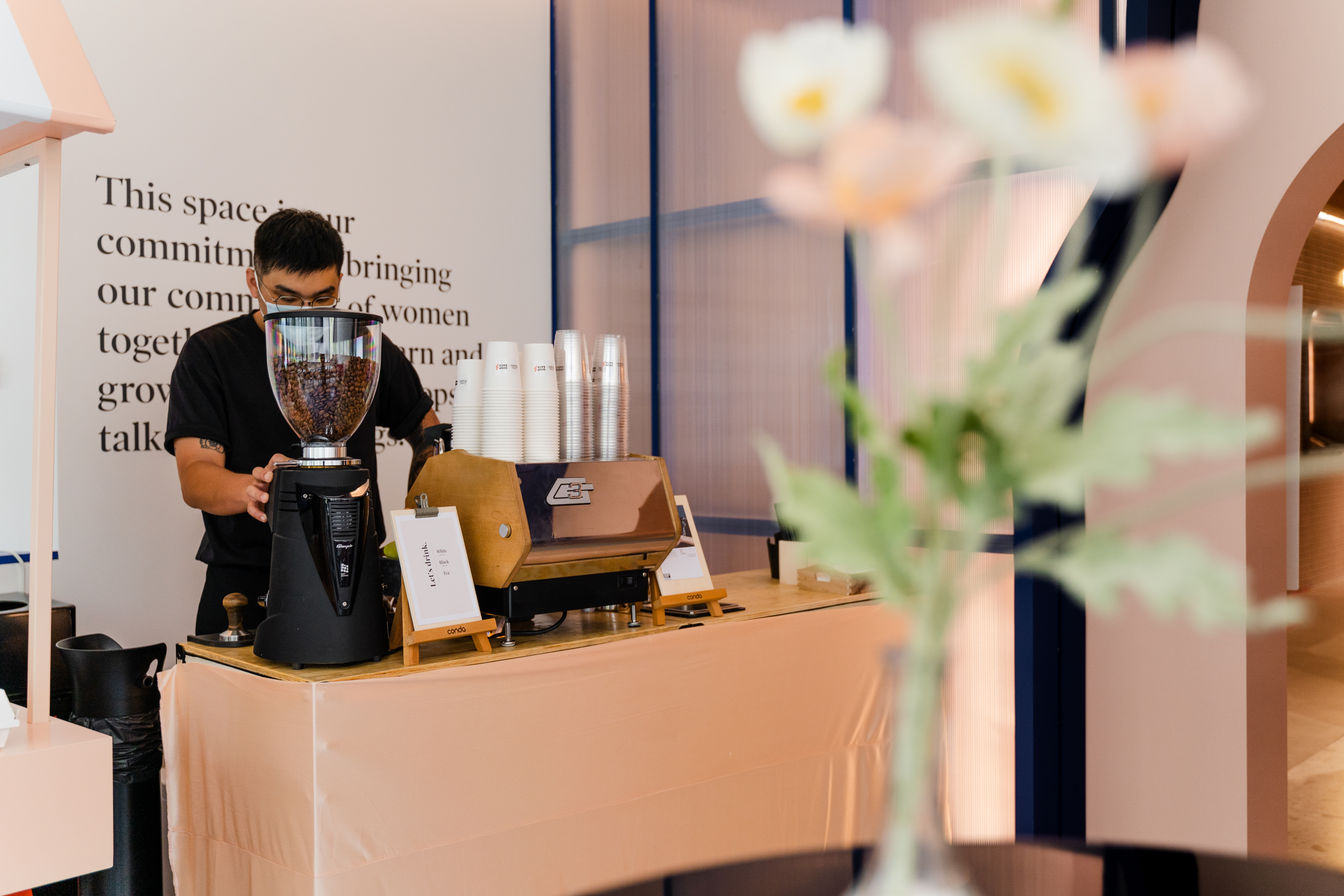 Shoppers who make a minimum spend of S$100 with ShopBack PayLater online or instore at Love, Bonito will also get to enjoy S$10 off, limited redemptions only.

From now to September, ShopBack will be having a Feels Good Carnival to celebrate the launch of ShopBack PayLater. 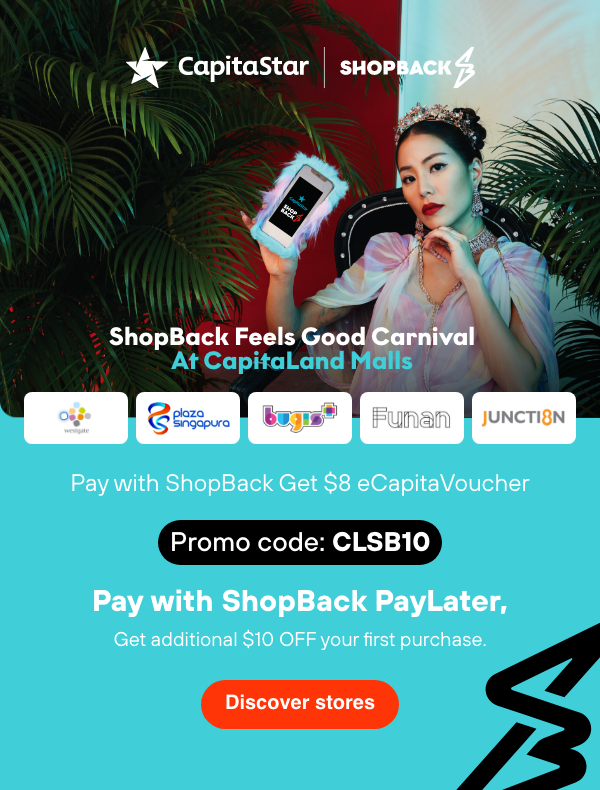 For the uninitiated, ShopBack PayLater allows consumers to split their purchases into three interest-free monthly payments, in-store and online.

With ShopBack PayLater, you can also earn cashback from eligible merchants such as Charles & Keith, Lenskart, and ZALORA when you redirect from the ShopBack app, and use the earned Cashback to offset your PayLater bills.

There will even be a chance to win vouchers, ShopBack promo codes, and even S$100,000 worth of Tesla shares (because shares can go up in value, but cars don’t).

The Feels Good Carnival will be taking place at the following CapitaLand malls on these dates: 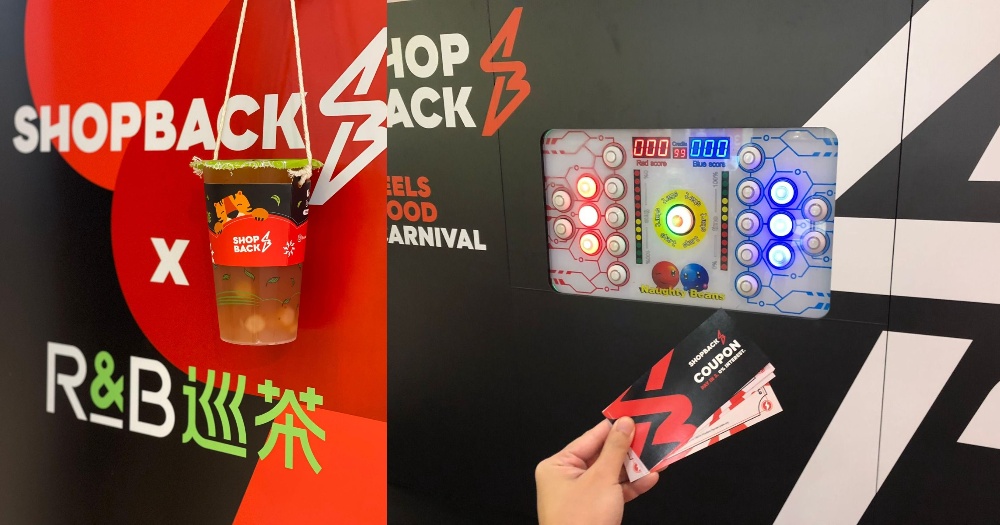 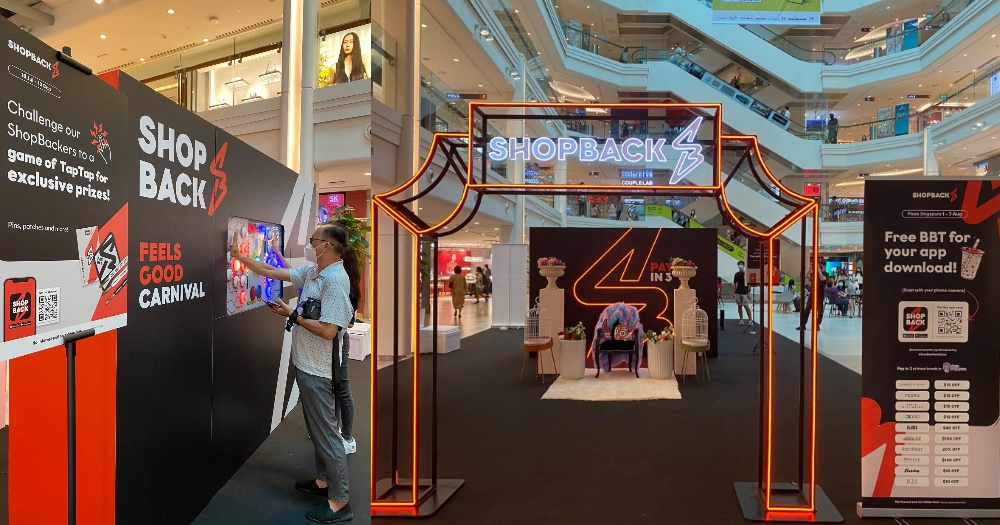 There will also be:

Shoppers will be able to catch homegrown artist Ben Qwek’s larger-than-life 3D street art, ‘The Royal’, at Bugis Junction (on Malay street), in an exclusive collaboration with JD Sports and ShopBack.

Qwek is a crossover artist from the world of graphic design and street art, and his works straddle between mainstream illustration and a flair of street edge.

He is backed by more than 15 years of experience and has done work for companies such as PUMA, Twitter, Express VPN, SEA Group, Guinness, Klaytn, Shopee and Google. 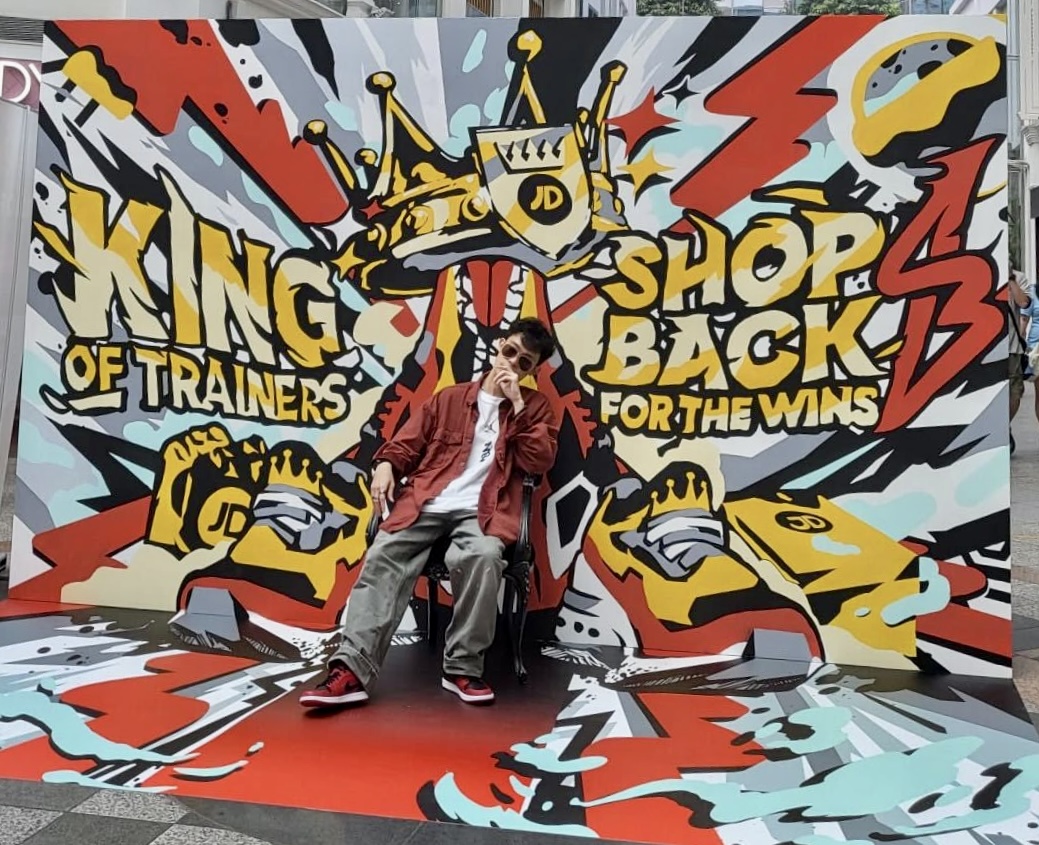 From now to August 21, snap a photo of yourself at the royal throne and upload it to Instagram, tagging @jdsportssg and @shopbackpaylater_sg.

Present your Instagram post (remember to set your account to public) at JD Sports at level two of Bugis+ and get a complimentary gift pack, limited to the first 300 customers, while stocks last.

While you’re at it, you may be one of the lucky six winners to get picked by ShopBack PayLater and win S$100 JD Sports gift cards (winners to be announced on August 31 over at @shopbackpaylater_sg’s Instagram account). 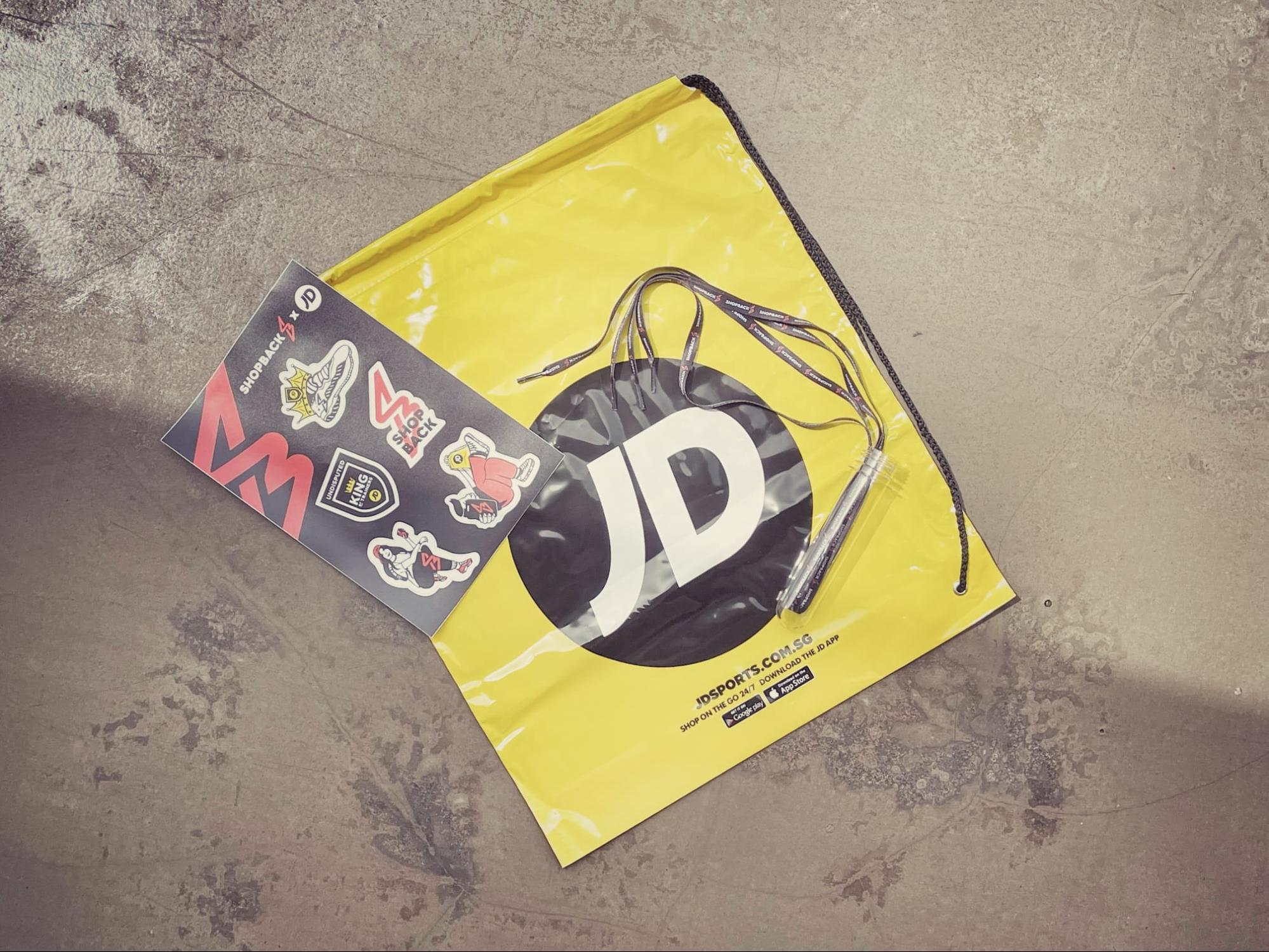 From August 9 onwards, shoppers will receive a limited-edition JD Sports x ShopBack tote bag, vinyl stickers and shoelaces (worth S$100) with a minimum spend of S$150 with ShopBack PayLater.

What’s more, you can even enjoy S$20 off a minimum spend of S$150 at any JD Sports outlet and check out with ShopBack PayLater. This sponsored article by ShopBack made this writer excited to visit the Love, Bonito pop-up cafe.