My boyfriend and I want kids one day.

At least we think we do, but not anytime soon, and definitely not in the next five years.

Yet, when it comes to preparing for children, we’ve tended to focus only on getting our finances in order.

We never once stopped to consider whether we would be able to actually have kids in the future – biologically-speaking.

We’re only in our mid-20s, never had any health issues, and have not actively tried to conceive a kid.

So when presented with the opportunity for my boyfriend and I to go for a fertility health check, we agreed, not thinking much of it and that it would be a fun way to spend an afternoon.

We scheduled an appointment and spoke to fertility specialist, Dr Andrew Kan, who carefully went through our results with us.

He also shared with us the harsh realities of infertility, and why he hopes to see more couples going for fertility health checks while they’re still young.

We were informed that the fertility health check would consist of two separate appointments – each a week apart from the other.

He was told to clear out his old semen and abstain for at least two days but not more than five days before the appointment.

On appointment day, we were greeted by a very warm and friendly receptionist, who guided us through filling some forms and told us what to expect during our appointment.

Her friendliness quickly quashed any lingering awkwardness we might have had at the moment.

She told my boyfriend that he would have a room to himself to *ahem* produce his sample, and to place it in a cubby hole where a lab technician would collect it after he was done.

My boyfriend was guided to a very unassumingly named room called “Collection Room 2”, where she gave her instructions again. 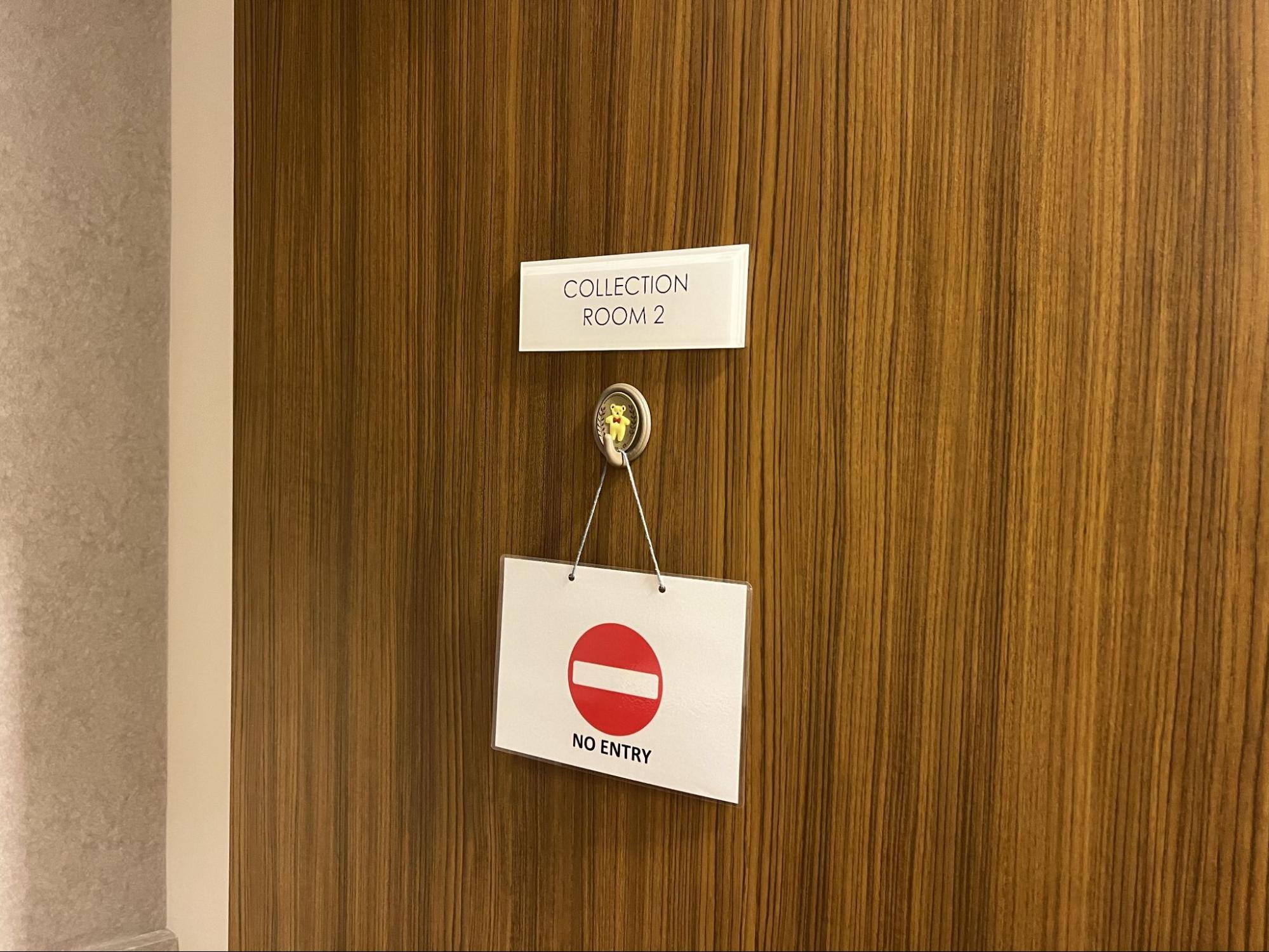 We left my boyfriend to do his thing, and I was guided to another room to collect my blood sample. This was just like any blood collection you would expect at a regular health check up. 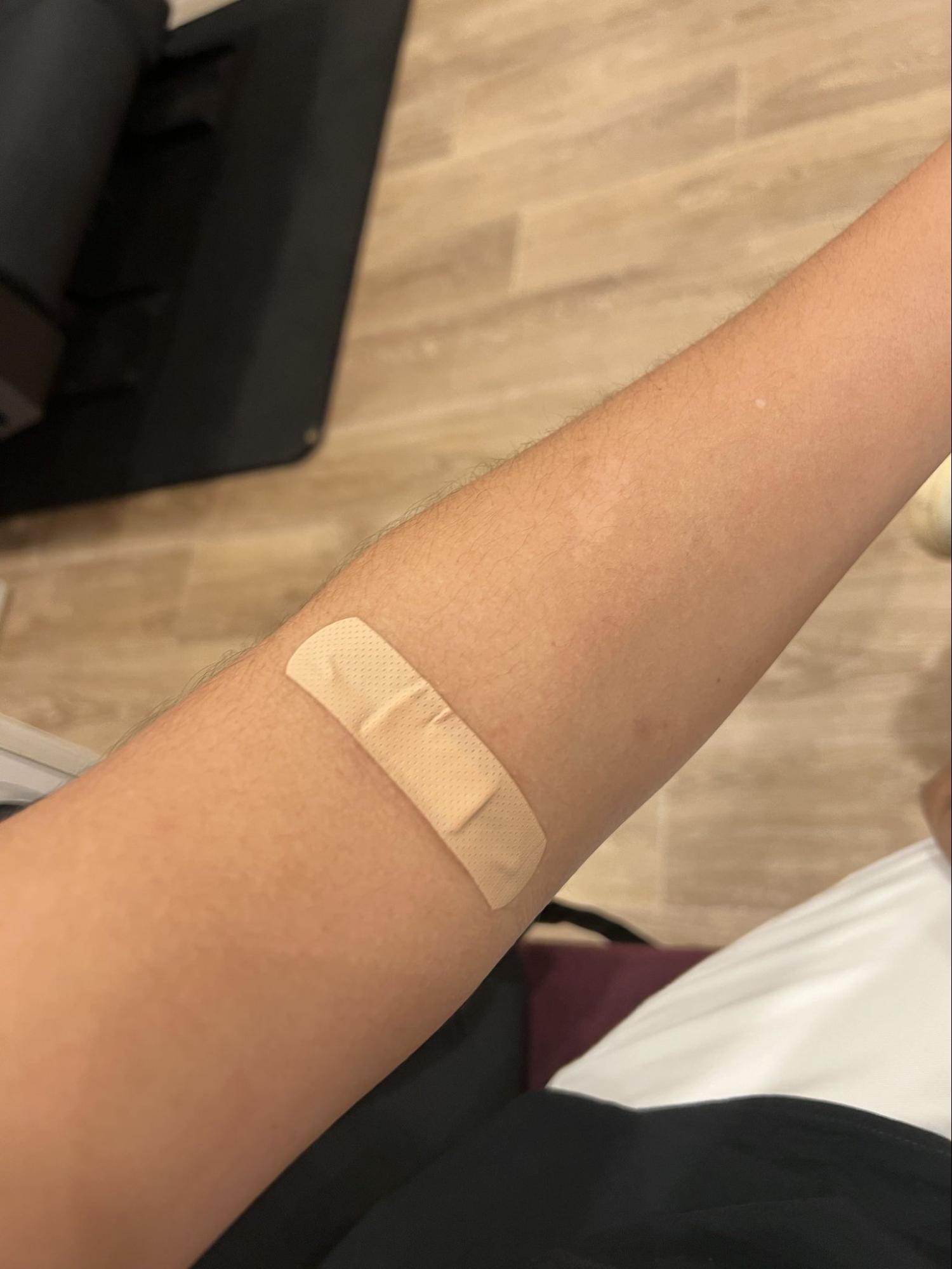 With that, we were done with our first appointment.

We were later told to return for the second appointment with Kan the next week.

The transvaginal ultrasound and our consultation with Dr Kan

Our next appointment a week later involved a consultation with Kan, who went through the results of our semen and blood tests with us.

This also involved a transvaginal ultrasound for me, to conduct an internal scan of my reproductive organs.

As Kan is an experienced fertility specialist with more than 25 years of infertility experience, we knew we were in safe hands.

In great detail, he took us through our results, explaining to us what each indicator told us about our reproductive prospects.

Among other indicators, the semen analysis looked at three important components of sperm health:

Each of these factors influenced how well the sperm would be able to reach and fertilise an egg in a woman’s fallopian tube – therefore resulting in a successful pregnancy.

The blood sample gave us an indication of whether my thyroid gland was functioning normally, and what my hormone levels were like.

Most importantly, it tested for how much of the Anti-Mullerian Hormone (AMH) was in my blood.

The amount of AMH in a woman’s body can give a good estimate of how many eggs the woman had left in her body.

Kan told us that a woman who was reaching or who had reached menopause, would have low levels of AMH, which indicated that she had little to no eggs left in her ovaries.

This would make getting pregnant very difficult.

Kan then took me to do a transvaginal ultrasound in another part of the consultation room.

On an overhead screen, I was able to see for myself what my ovaries and uterus looked like from the inside.

Later, Kan also discussed with us what our lifestyles and medical history looked like – how often we smoked or drank, whether we had underlying health issues, and whether there was any history of infertility or difficult pregnancies in our families.

My boyfriend and I were happy to learn that our fertility health was generally okay and that we are likely able to conceive children if we wanted.

The doctor also told us what we could do to improve our fertility health, such as cutting back on drinking (oops), and possible fertility treatments we could consider if we encountered any problems conceiving later on.

For instance, I could choose to freeze my eggs, and later use them for IVF (in-vitro fertilisation) when I’m ready to have children with my husband.

Of course, he did remind us that this check was just a snapshot of what our fertility health is like now.

This may well change in the future, especially since my boyfriend and I don’t want kids anytime soon.

Nonetheless, it was still good to know that we were doing okay.

If we indeed had any fertility problems, I’m thankful that we would have had the chance and time to weigh our options and plan to have kids sooner if needed.

Kan said that the couples he typically encounters in his fertility clinics aren’t so lucky.

By the time some couples go for fertility checks, it may already be too late

Kan shared that the typical profile of his patients are in their late 30s to 40s, and are often surprised to learn that they have infertility issues – ranging from low AMH levels, hormonal imbalances, blockages in fallopian tubes, abnormalities in the uterus or sperm issues.

“They would say: I didn't know that, my periods are so regular, I'm so healthy, I don't smoke, I don't drink, why do I have these issues?”, Kan recounted.

Kan said that it is good for a couple to know early on why they may be experiencing difficulties in getting pregnant, so that they can start rectifying the issue sooner.

As these couples only tend to visit him after they have spent years trying unsuccessfully to conceive, the success rates of certain fertility treatments may have steeply declined by then.

He shared with me the typical journey his patients would take before going to see him:

“So it's really two or three years down the line before they come to see me. At that stage, they always think that IVF is going to solve their problem,” Kan said.

“IVF is by no means a panacea to infertility issues.”

But Kan offered some sobering statistics:

“Even in the best laboratories around the world, we expect that every time we put an embryo in a woman of 35, we expect a 50 to 60 per cent chance of getting pregnant.”

This was shocking to me, as I had also expected that I could reliably fall back on IVF in my 30s if I found myself unable to conceive. I had no idea that the odds of getting pregnant with IVF then were just one in two.

The success rates get depressingly lower as the woman ages. Kan further shared:

IVF is by no means a panacea to infertility issues.”

Kan said he hoped to educate the public that they should not take fertility for granted.

Why you and your partner should go for a fertility check, even if you’re young and healthy

A fertility health check is just like any other health check – you don’t wait for a problem before checking, Kan said.

Kan was firm that all couples, even if they did not want kids at this point in their lives, should still go for fertility checks.

“If there is any possibility [of you wanting children in the future], I would say, yes, you should do it,” said Kan.

And while people may have misconceptions that fertility issues are primarily due to problems with the woman, Kan said that this was not the whole picture.

A couple who goes for a fertility check together can get a more holistic understanding of what fertility issues they may face, and have more options for treatment.

Thankful that my boyfriend and I had this opportunity

Looking around the waiting rooms in the clinic, I noticed that my boyfriend and I were easily the youngest people there.

Speaking to Kan, it was clear that this was something he would like to see changed.

Infertility issues are often hidden, and there may be no outward signs that you or your partner have any fertility problems.

It only takes a simple fertility test to get a peace of mind, or to prepare yourself early on for treatment.

I felt reassured that our results came back okay, and that we now had the knowledge on how to improve our chances when we want to have children in the future.

This trip to the fertility clinic helped us clarify what our family planning should look like, and how we can better prepare ourselves down the line, such as budgeting for potential fertility treatments.

Sign up for a fertility health check up at Virtus Health here.

This sponsored article by Virtus Health made this writer glad she and her boyfriend went for a fertility check while they were still young.

All photos by Low Jia Ying, unless otherwise stated.