Something that’s become apparent to me since the start of the pandemic is just how technology has made the last two years bearable.

You just have to think back to all the hours we’ve spent on Netflix or the number of well-meaning but awkward Zoom catch-ups with friends; anyone with tech-literacy no doubt indulged in these things when our usual schedules were completely upset by Covid-19 restrictions.

Yet, one person who has missed out on the experience of filling a pandemic-induced soul void with hours upon hours of screen time: my grandmother.

Largely due to the fact that her smartphone skills mostly involved navigating to the phone application and placing a phone call, Popo — as she is known to me — never clung to technology as a comfort blanket the way many of us did during the dark days of circuit breaker.

For Popo, her iPhone exists more as a bright paperweight and occasional communication device, than as the gateway to entertainment and connection that it is for most of us.

While there are definitely pros to not being engrossed in social media or binge-watching the latest Korean dystopian series, not knowing how to use a smartphone can also make your world much smaller.

This, I imagine, would be especially the case when you’re elderly and don’t leave the house often, as is the advice these days.

So, that’s exactly why I thought it wouldn’t be a bad idea to teach Popo how to get more value out of her iPhone.

But where to start? After all, I’m no expert educator and as the old adage goes: “you can’t teach an old dog new tricks”.

Well, it turns out you actually can, with six simple steps as this video showed.

So with pen and notebook in hand — and tongue very much in cheek — I watched the short instructional to see what wisdom I could glean and apply to this totally different but somewhat analogous situation.

Okay, so teaching Popo to unlock the full gamut of functions and possibilities of a smartphone was probably going to be too large a task.

I learned this almost immediately when trying to teach her how to press virtual buttons on the phone's touchscreen — the idea that the phone could react to the amount of pressure one expends through their fingertips was a concept she simply could not grasp no matter how many times I explained it.

This makes sense when you think about the physical buttons that Popo is used to; lifts don’t change speed no matter how hard you press their buttons.

Unfortunately, having grown up and lived most of her life without these handheld marvels, what might be intuitive to us can seem confusing and illogical for her.

But while total iPhone mastery was out of the question for now, surely learning how to use a few simple and useful apps would be achievable.

Which brings us to our next step...

Teaching Popo how to use three apps seemed like a realistic target.

The goal would be for her to be able to use each app confidently, without needing to ask anyone for help.

With a few of her children and grandchildren overseas, a messaging app like Whatsapp was one that I was sure Popo would get quite a bit of mileage from.

I gathered that she wasn’t much of a texter, so I decided to teach her the two functions that she’d probably use the most — how to place video calls and how to send voice notes.

Of course information and entertainment are important as well, so teaching her how to navigate the MeWatch app seemed like a good idea. That way she’d be able to catch up on morning news and also watch her favourite Chinese dramas on demand.

Finally, I wanted to inject some sense of functionality into the curriculum, so POSB’s Digibank app was included so that she’d be able to run her banking and financial errands from the comfort of our living room.

“We need to learn step by step, only a few things at a time,” Popo told me.

It was a good reminder to slow things down and not to move on before Popo really understood each step.

First, that involved helping her to learn some of the foundations of smartphone language.

For example, this symbol always means going back to the previous page: 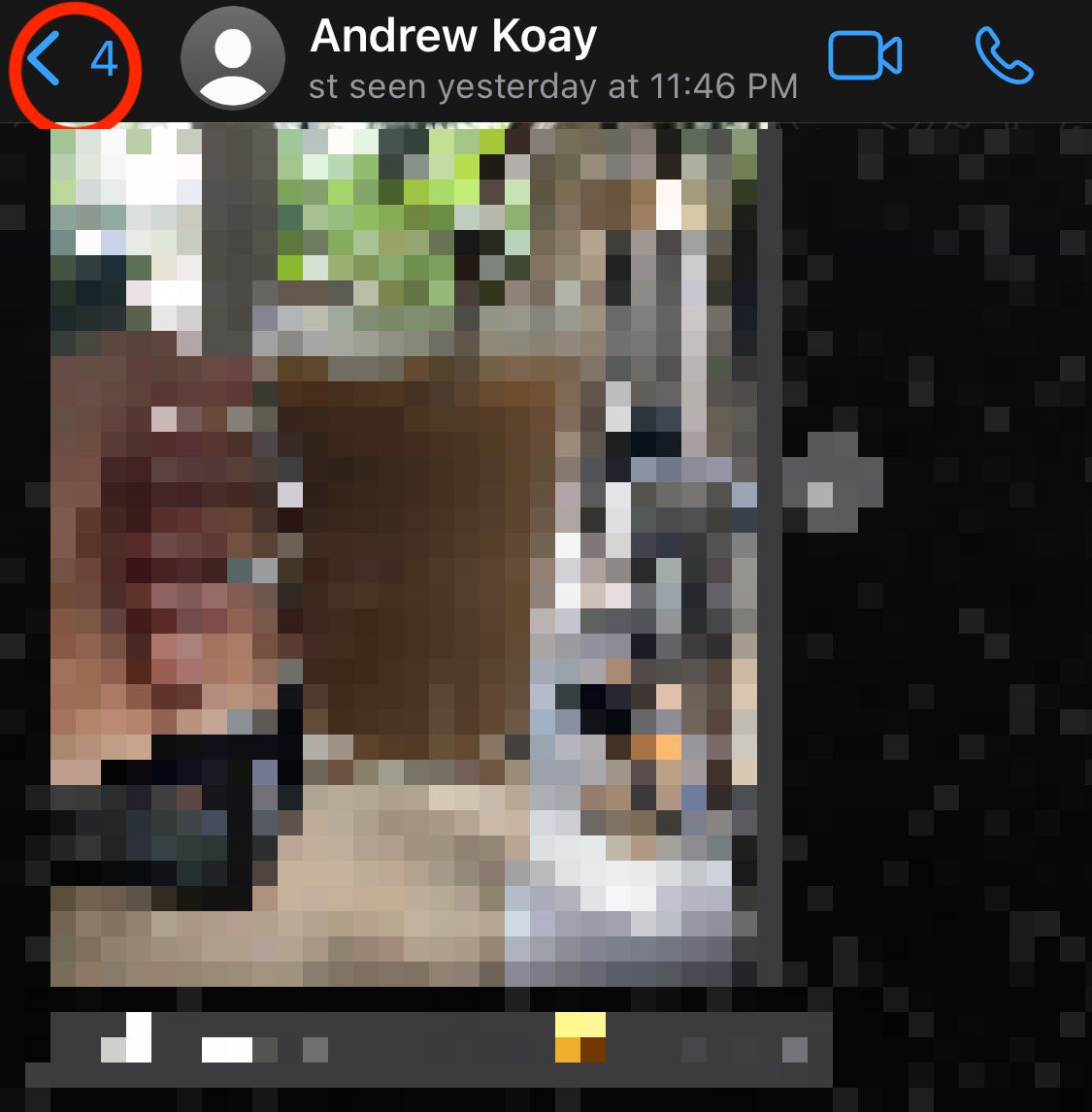 And this three-lined icon normally signifies a menu of some sort: 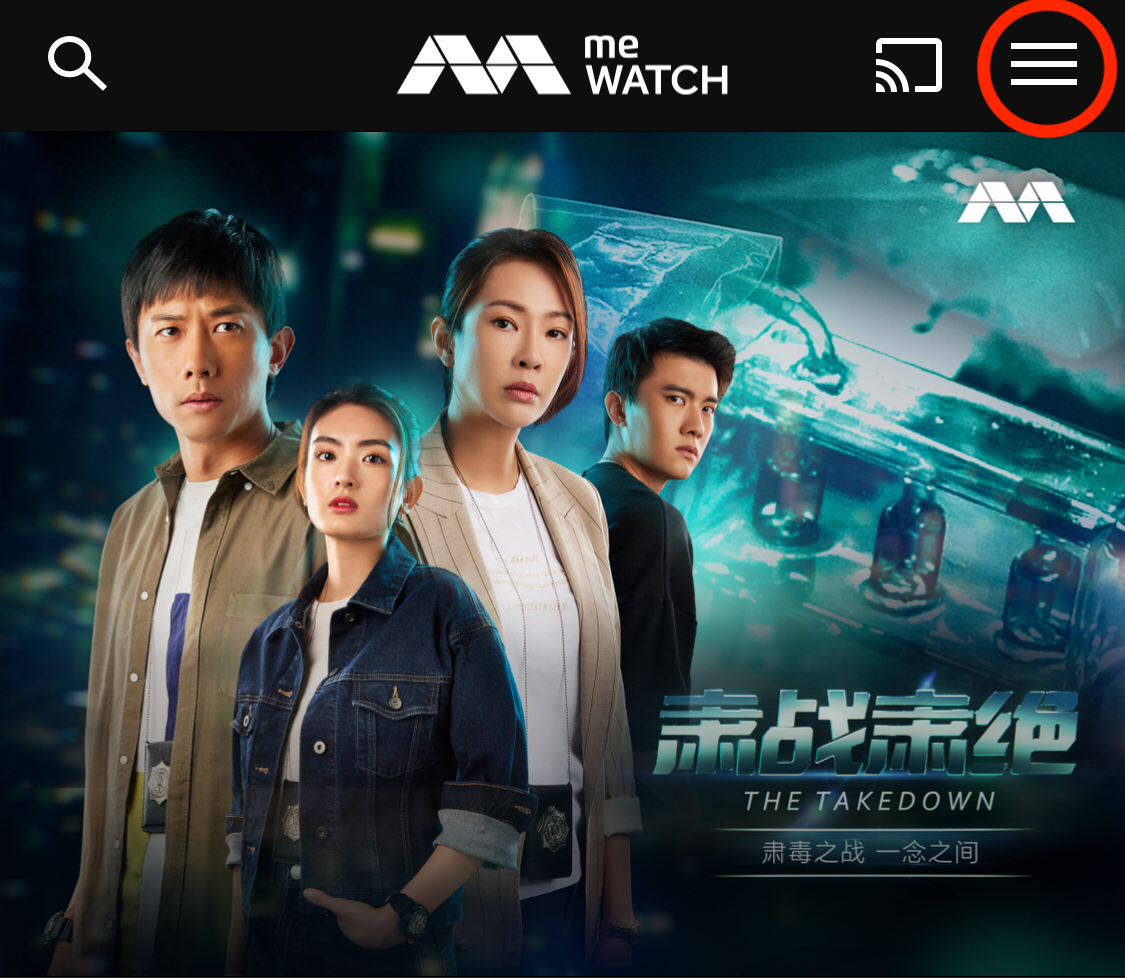 Then there’s showing her how to navigate back to the homescreen, should she find herself lost down a dark alleyway of a random gaming app my sister had installed on the phone.

Teaching her how to start a video call on WhatsApp meant helping her to recognise the symbol associated with that action.

“It looks like that because it’s supposed to be a video camera,” I said. 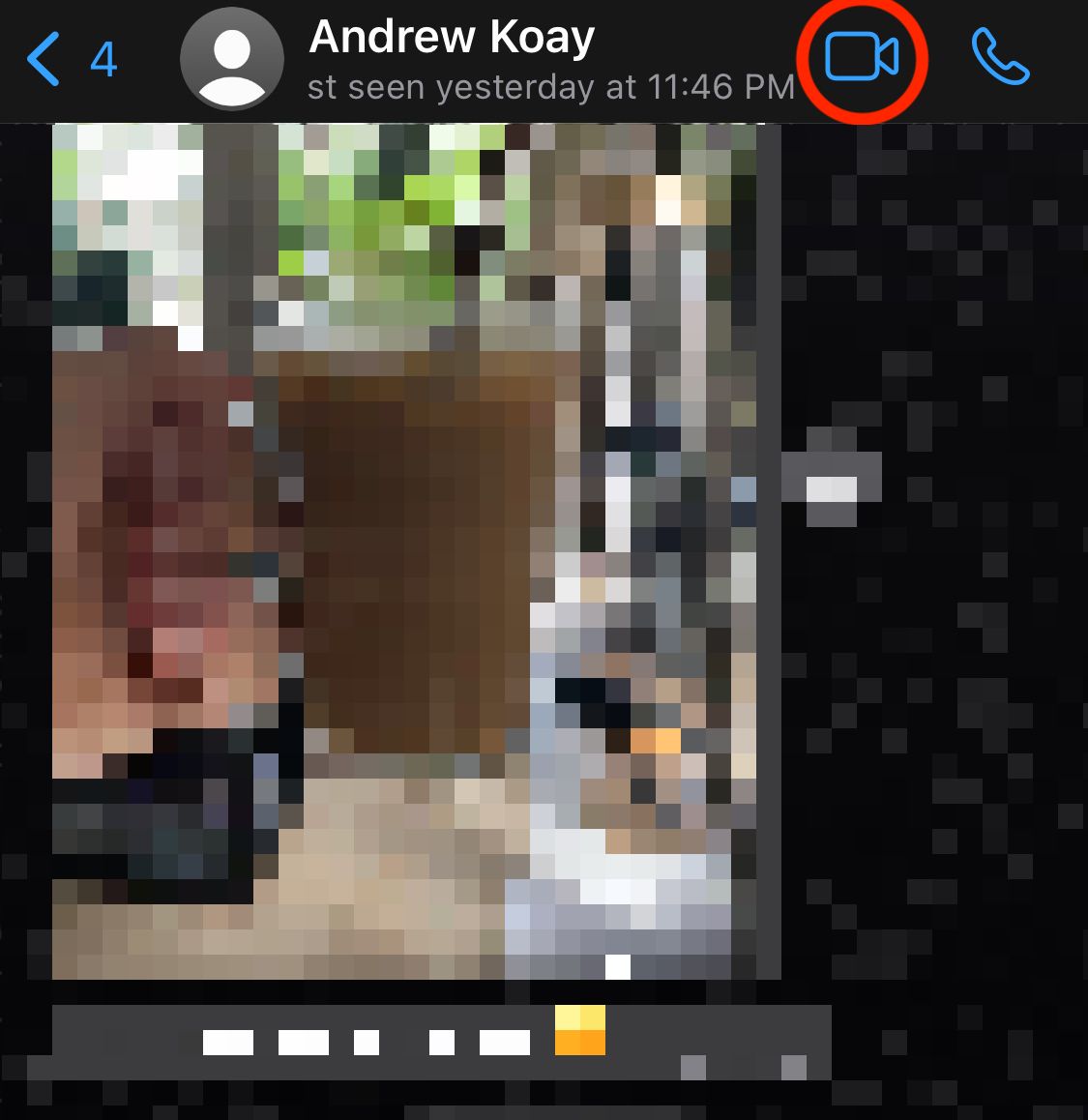 Since voice notes was a bit trickier, I decided it was best that we broke for a snack and some tea before returning to the task at hand.

When I was still in school, a wise sage of a teacher once told me that repetition was the key to memorisation.

I suppose the rule applies whether you’re trying to wrap your brain around algebra or how to find your favourite Channel 8 dramas on the MeWatch app. 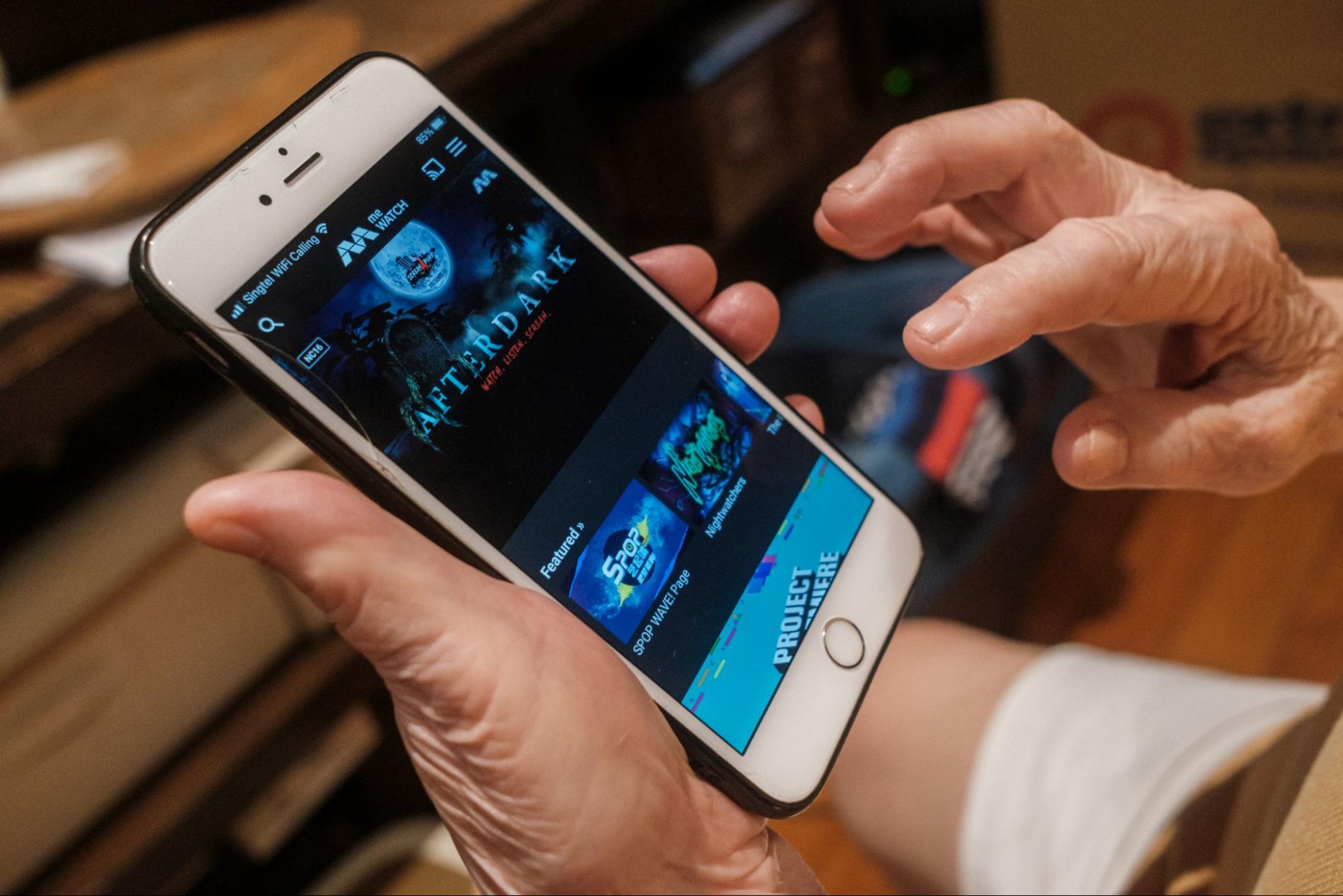 And it also applies to the teacher as well — being consistent and repetitious with the terms and instructions I was giving helped to avoid unnecessary confusion.

After a few tries, we achieved something of a rhythm while navigating from the iPhone home screen to a live stream of Channel 8:

Me: “Then find the three-lined menu button at the top right.”

Me: “Now look through the menu and find what you’re looking for.”

You could call it a drill of some sort, but we practiced that routine multiple times until she could finally do it all on her own.

Sometimes it helps to inject a little bit of fun into the classroom.

That’s why as we attempted to conquer the POSB Digibank app, I created something of a treasure hunt for Popo.

I’d transferred an undisclosed amount of money from my account to hers and her job was to use the app to find out how much.

To make things a bit easier I activated “Simple Mode” on the POSB app.

This allows Popo’s most commonly used functions to be easily found right when she logs into her Digibank account. 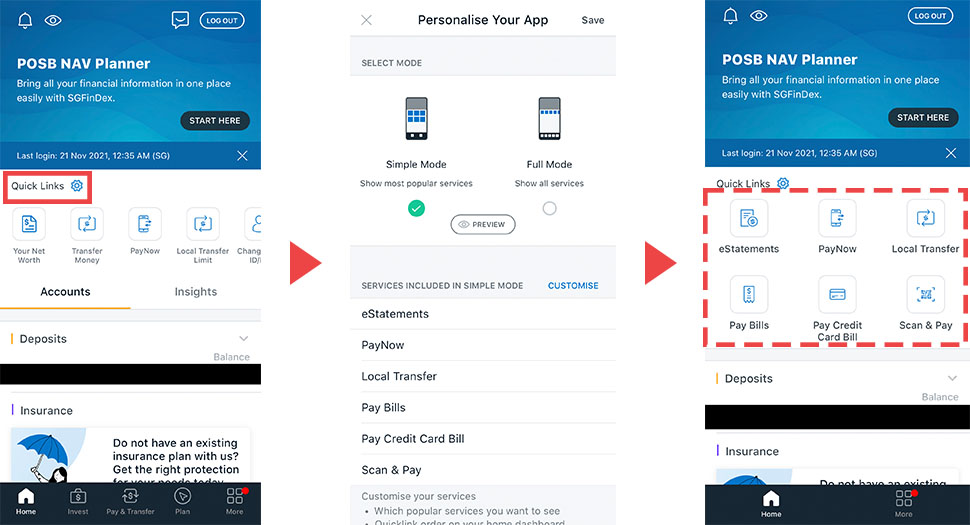 It took a few tries, but it wasn’t long till Popo got the hang of logging in and finding her way to the account. 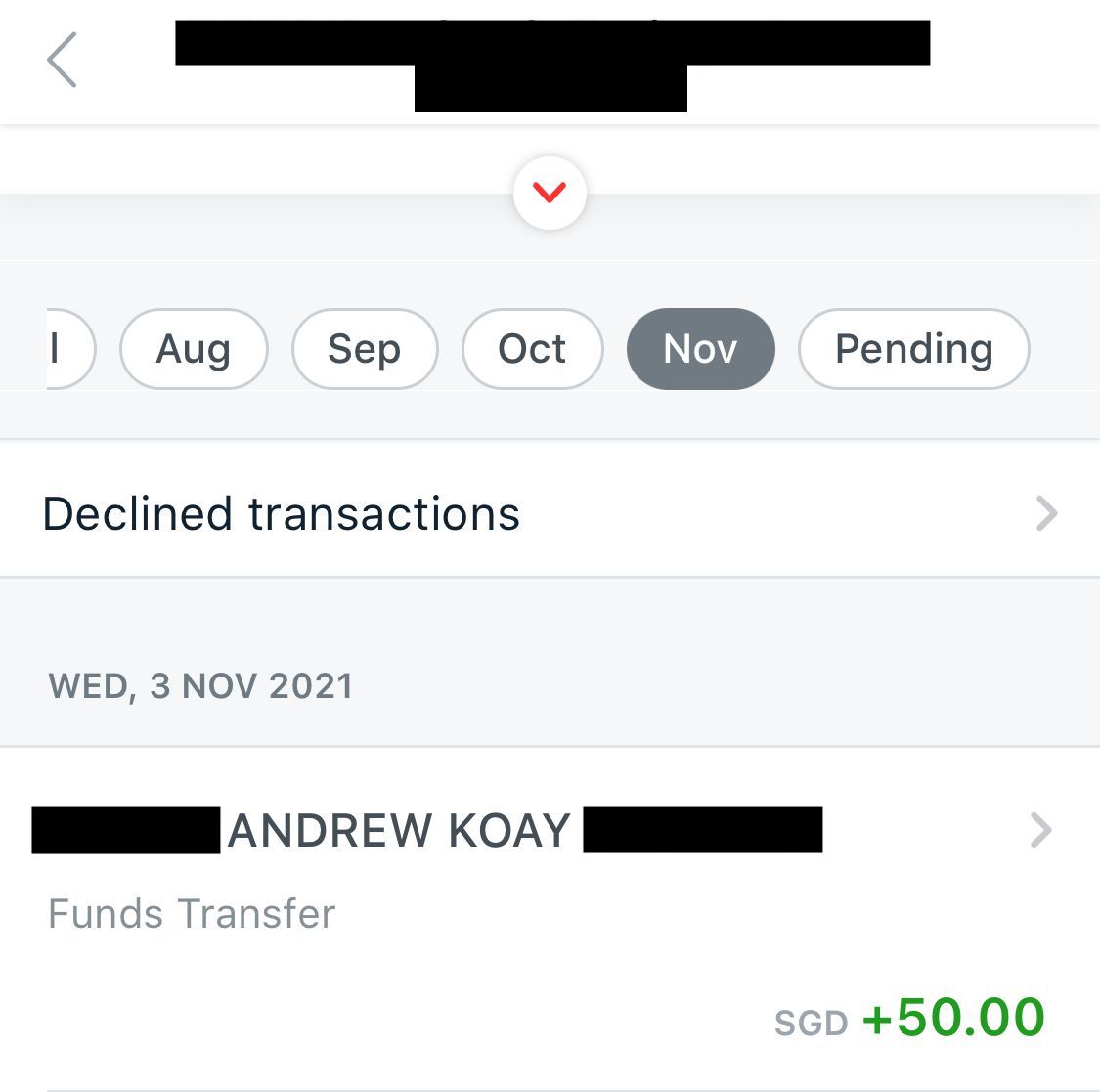 As her prize for figuring it out? She got to keep the S$50.

While checking her bank balances and transactions came easily to Popo, learning to transfer money to someone else proved slightly more challenging.

There were a few security hoops to jump through and double checking of dotted i’s and crossed t’s that needed to be done.

Inevitably this created a bit of frustration for Popo who sometimes got a bit lost in the process.

“Aiyah, this function... you can just do it for me right?”

“I mean, technically yes, but don’t you want to know how to do it for yourself?” I asked and we persevered.

Another 15 minutes and with some guidance she’d completed a transaction, though neither of us were sure that she could repeat the trick.

As much as I wanted to restart the process and have her attempt another transaction, I remembered Step 3 — “Work in small steps & keep learning sessions short”.

We’d done a lot in one day and at the very least, Popo now knew that she didn’t have to haul herself to a physical bank branch in order to transfer money to someone else.

“I’m just happy I can watch Channel 8 on my phone,” she replied cheekily. 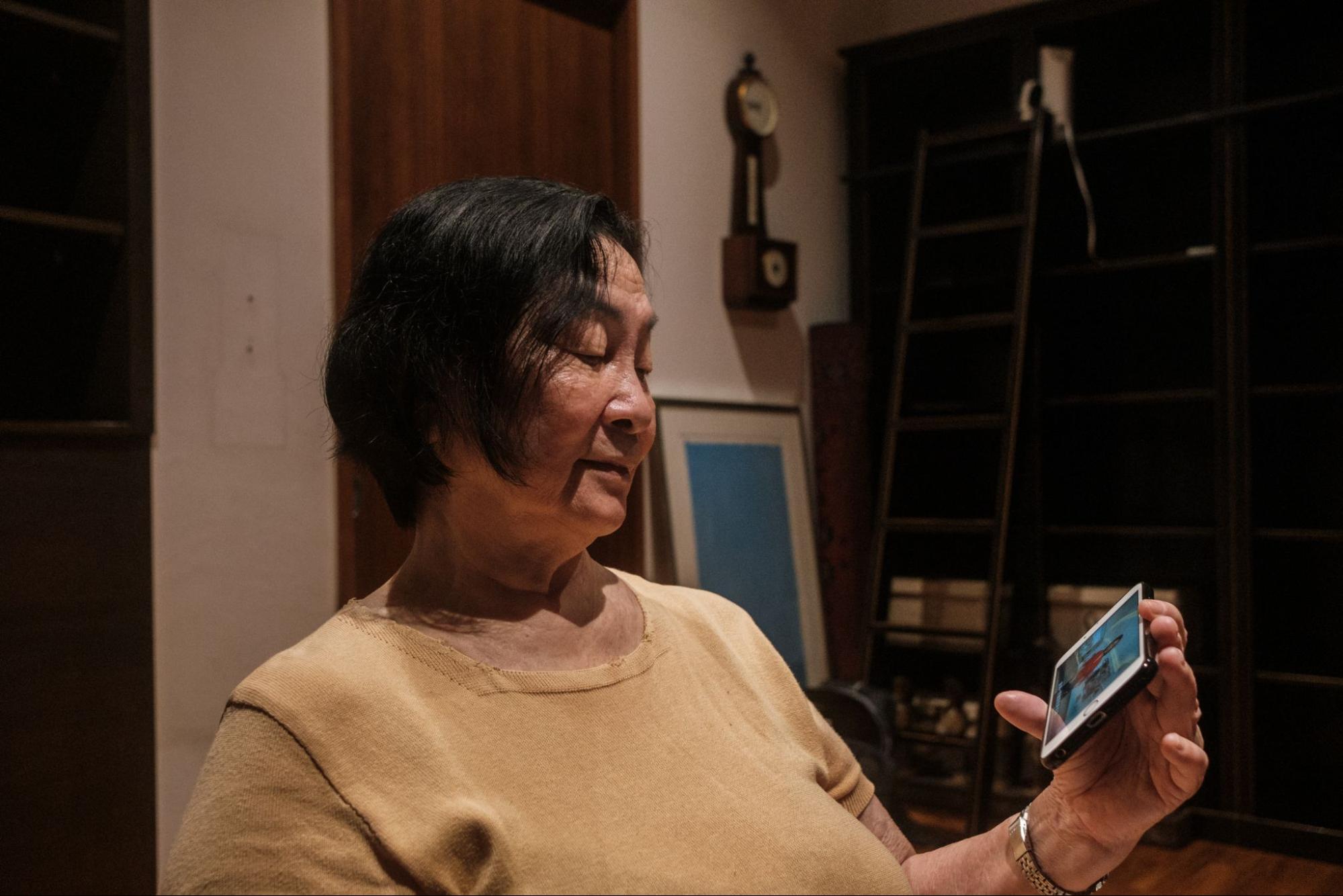 Writing this POSB sponsored-article allowed the writer to spend a whole day with my grandma and get paid for it.