Mesdames et messieurs, fasten your seatbelts and get ready to spray the champere because I am about to go all ‘Emily in Paris', right here in Singapore.

Just this February, my colleague, Berlinda, approached me with the idea of recreating an ‘Emily in Paris’ experience at a newly-opened French cafe in Tanjong Pagar.

For those unfamiliar, ‘Emily in Paris’ was Netflix’s most popular comedy series of 2020 and recently returned for a second season on Dec. 22, 2021.

The show follows Emily Cooper, a marketing executive from Chicago, as she navigates work, friendships and romance in Paris.

Being a massive fan of the show and all its chi-chi fashion, I jumped at the chance to write this article when I found out that we’d get to dress up and attend a tea-tasting session at the bakery.

I mean, two OLs taking an afternoon off work, stuffing our faces with pastries and croissants in the comforting ambience of a French cafe in Singapore?

I’d daresay even Emily Cooper would be green with envy.

When we first arrived at Alice Boulangerie (which means Alice’s Bakery in French), we were greeted by the staff responsible for tending to our needs and making us feel right at home for the afternoon.

“Welcome!” he joyously exclaimed, ushering us to a specially reserved section of the cafe near the entrance.

“I hope both of you had a light lunch because we have lots of tasty treats for you today!”

Being the ringarde la plouc (basic hick) I am, I was overjoyed at the special treatment and could not wait to see what was in store for us.

After a short briefing about the history of the cafe and some background knowledge of the staff working there (all of whom have very impressive culinary backgrounds, might I add), we were told the concept behind each hand-crafted dessert and just how long it takes to make them.

For starters, we learnt that each batch of croissants takes three whole days to prepare - the first day is spent preparing the dough, the second is spent folding the butter into the dough, and finally, a third day is required to shape the croissants. 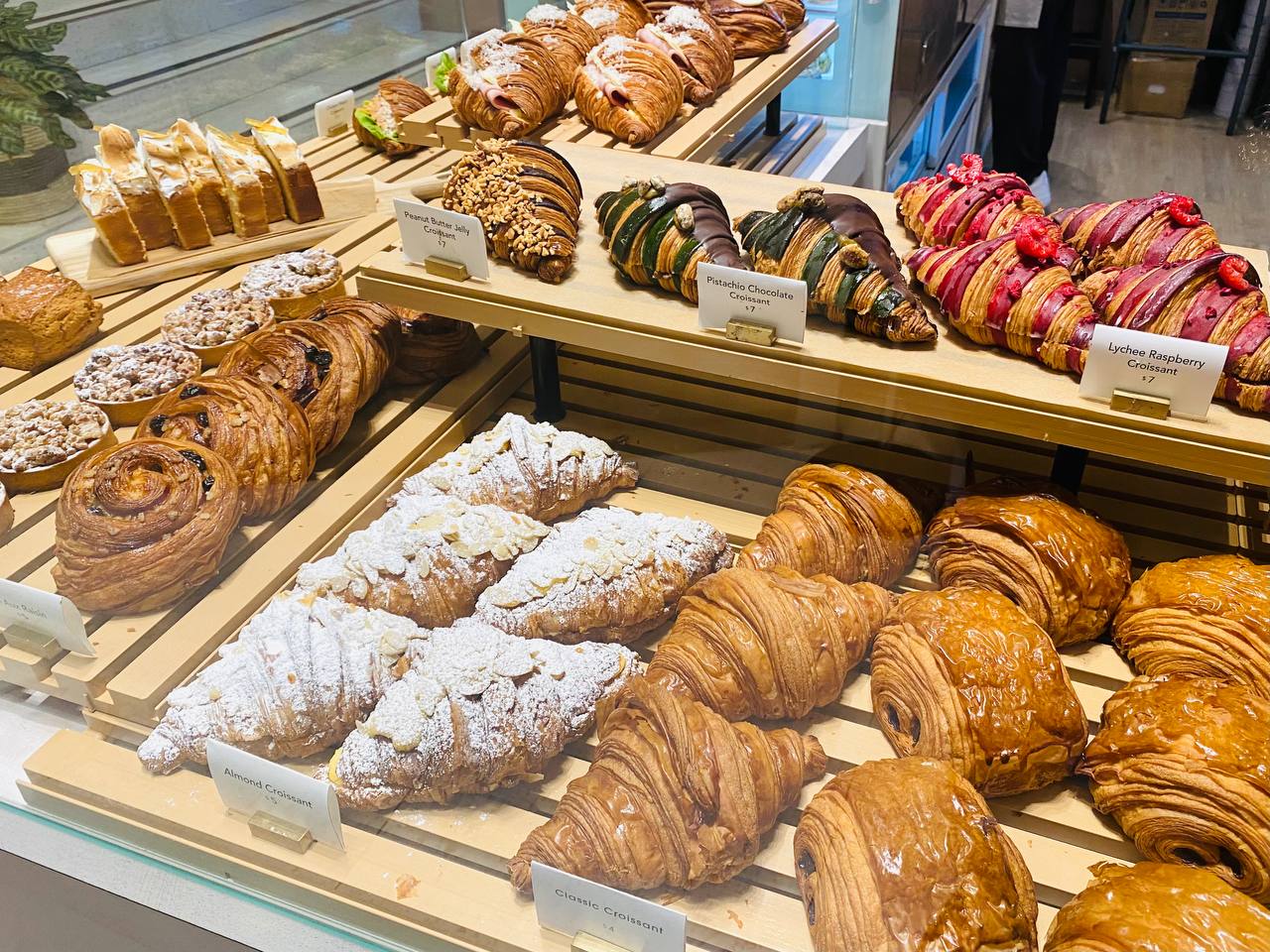 We also found out that the bakery only uses ingredients procured fresh from the best farms and suppliers around the world, spanning Asia to Europe.

For example, the butter used for croissants is pure french AOP - meaning Appellation d'Origine Protégée (AOP) and was created in Europe in 1990.

Its name refers to a product which has gained a certain notoriety, made in a defined geographical area, according to traditional and well-known expertise.

The Valrhona chocolate and nuts used by the cafe are also sourced from all over Europe and are selected specifically for their taste.

(Because the cafe’s concept is tied to their squirrel mascot, there is an affinity for nuts in many of their menu items.)

Additionally, the cafe’s interiors are French-inspired, and the owners opted for an open-kitchen concept so that customers can come into the cafe and bask in its ambience, indulge in the smells and ask the chefs questions.

Of the five menu items we were presented with, one was savoury while the others were sweet.

The cafe’s newly launched curry chicken croissant (S$8), in particular, was my favourite of the lot.

While I don’t have the exact words to describe its taste, each mouthful just felt like getting bits and pieces of home in a French setting.

The Nonya curry was also very comforting and not too spicy, with generous chunks of chicken and potatoes wrapped in the croissant dough - definitely suitable for those who don’t have a high spice tolerance.

The next items on my list were the bi-coloured croissants in Pistachio Chocolate (S$7) and Lychee Raspberry (S$7) flavours.

Made with two different doughs to get the different coloured stripes you see in the photos above, the cross-section reveals a bicoloured honeycomb interior as well.

The Pistachio Chocolate croissant is filled with pistachio praline made in house with pure Sicilian pistachios as well as milk chocolate ganache, along with a sprinkling of pistachios that have been coated in sugar on top.

Meanwhile, the Lychee Raspberry croissant is filled with rose pastry cream, fresh lychees, and a raspberry, rose, lychee confiture, which is where the bulk of the croissant’s flavour comes from.

Compared to the pastries we tried later on, which were rather rich on the palate, I felt like I could easily finish these croissants.

The chocolate in the Pistachio Chocolate croissant also tasted super fancy and atas.

The next two desserts we tried were the Yuzu Tart (S$12) and Champagne Ispahan (S$15).

The cafe’s executive chef told us that the inspiration for her desserts came to her from her travels in Europe, while her techniques and know-how were picked up from her tenures in the kitchens of Joel Robuchon and various pâtisseries in Paris.

According to her, the yuzu tart contains a tart shell with hazelnut frangipane, yuzu gin, tonic compote and candied lemon to add a slight chewiness, along with yuzu curd and toasted hazelnuts. Upon tasting, I felt that the Yuzu tart was a tad too sour for me, although there was certainly a burst of different textures and flavours in my mouth when I took my first bite.

The Champagne Ispahan, on the other hand, had a better balance of sweet and sour and was my preferred dessert of the two. 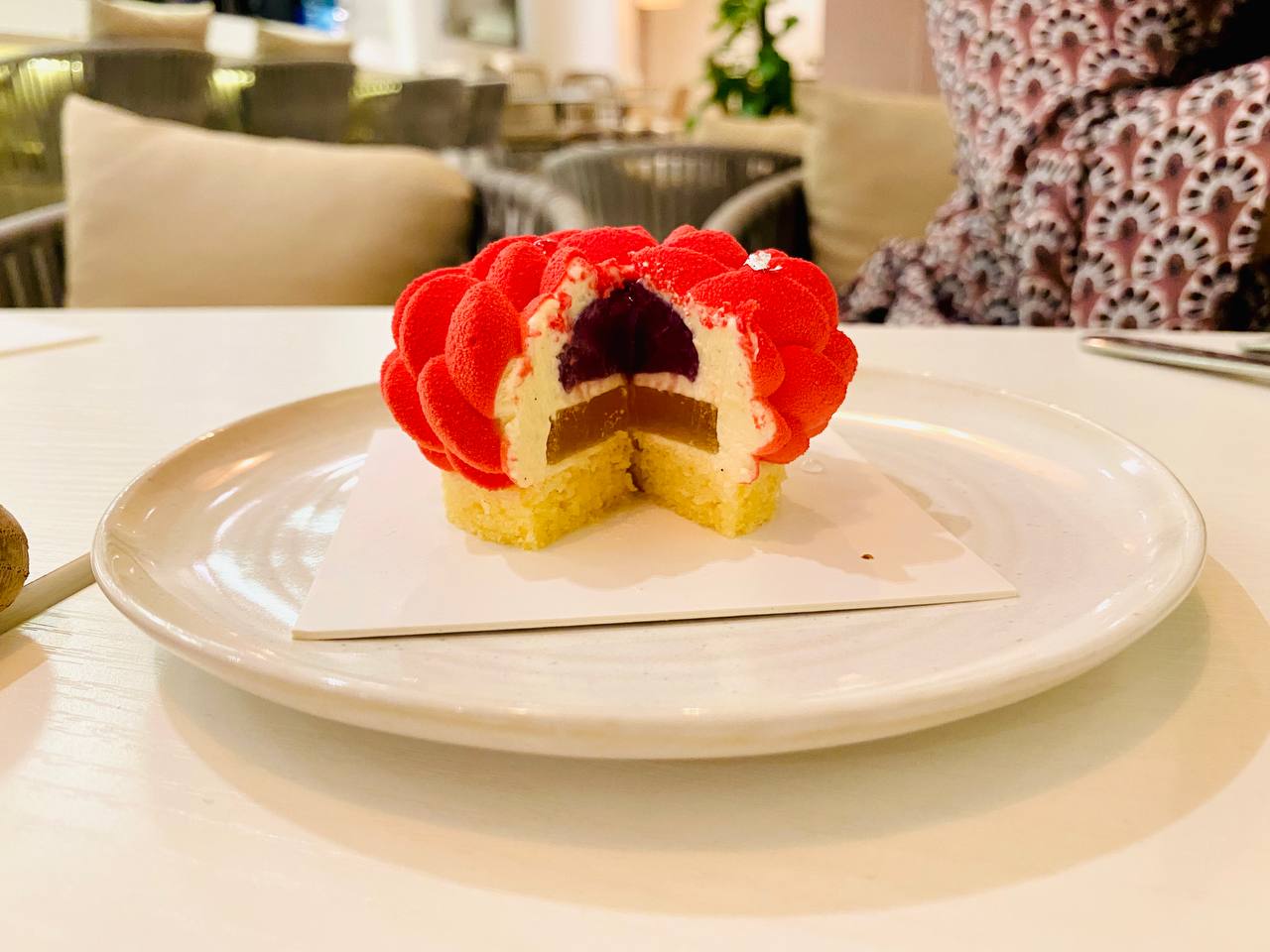 One thing to note about the Champagne Ispahan is that there is a Moet and Chandon champagne jelly in the centre, giving it a rather unique flavour when paired with the sweet lychee and raspberry compote, as well as vanilla rose mousse.

The flavours in the Champagne Ispahan were also lighter and a tad more segmented compared to the Yuzu Tart, which had a heavier and more evenly distributed taste.

All in all, I’d say that my experience at the cafe was a pleasant and memorable one, complete with a warm pot of tea and friendly staff.

While I can neither speak French nor fit into high-fashion, size zero outfits, I could at least imitate Emily’s joie de vivre (joy for life) and bon appetit (good appetite). 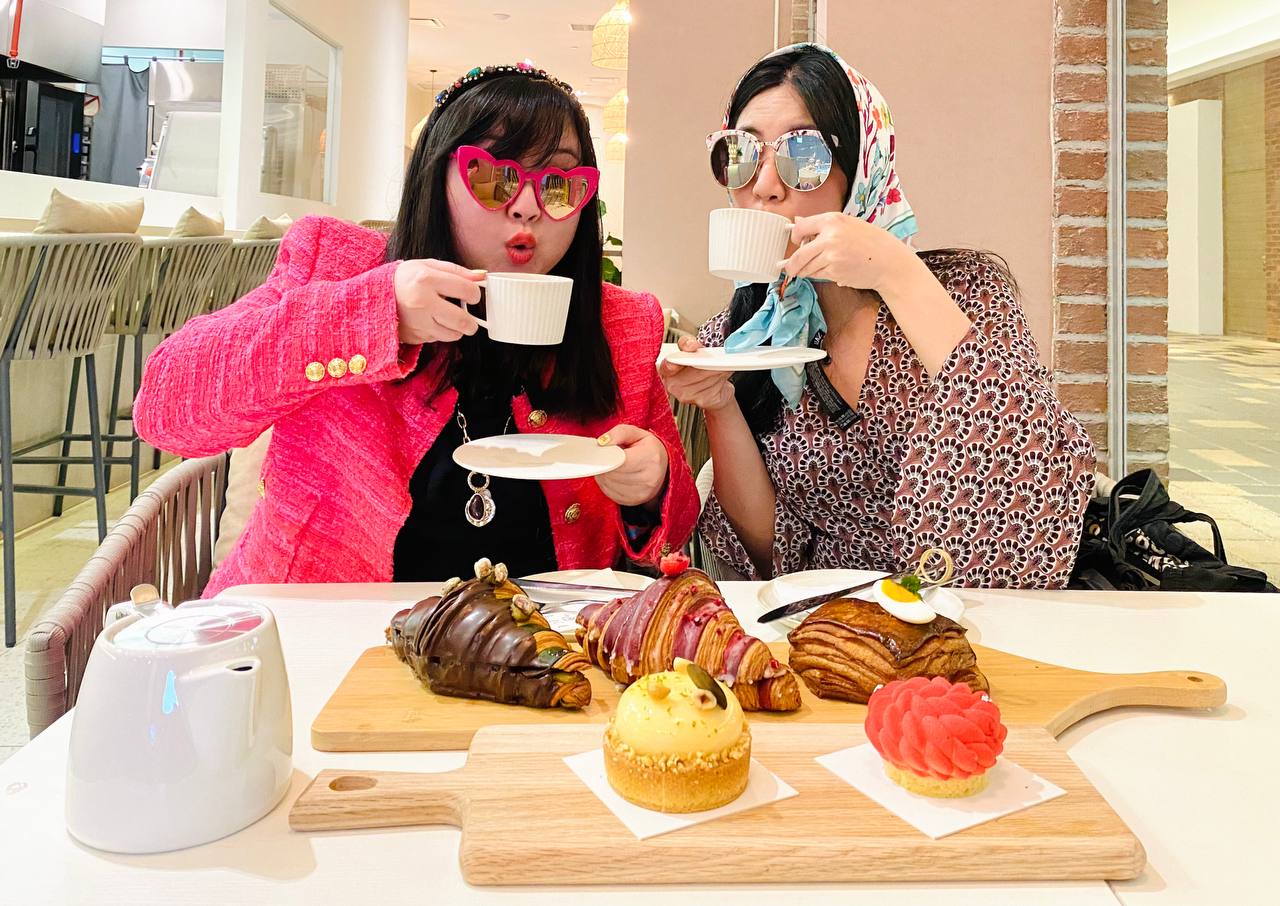 As the price of food and drinks at the cafe is pretty consistent with other cafes in Singapore, you won't have to worry about paying too much more than what you'd find elsewhere.

The cafe’s bakes are also available from 11am onwards and usually sell out at around 4pm on weekends, so it’s probably best to head down in the morning or early afternoon.

If you’d like to experience the charm of Parisian life right here in Singapore, Alice Boulangerie est toujours (is always) a good idea.

Monday to Sunday: 8am to 6pm

This sponsored article by Alice Boulangerie made this writer feel like Emily in Paris for an afternoon.