After dropping out from the Institute of Technical Education (ITE), Joel Naidu never thought it was possible for her to enter university.

But it’s a case of a dream come true for the 20-year-old student, who’s currently studying for her degree at PSB Academy.

When she was a child, Joel used to suffer from occasional seizures, especially during bouts of high fever.

But the symptoms did not abate even as she got older.

In fact, they got progressively more frequent.

She recounted having an “episode” one day when she was 14 or 15, while visiting family in Malaysia.

The next thing Joel knew was that she woke up in a hospital.

She was diagnosed with epilepsy but the exact form was not determined till she was in Secondary 3, where the N-level student got started on long-term medication to manage her symptoms.

“In Secondary 4 I had to make multiple trips to the hospital and had to be admitted sometimes as well,” said Joel.

The severity of her condition as well as other health issues made it difficult for Joel to focus on her studies.

It was only later that Joel found out that in addition to her epilepsy, she also had hypoglycemia or low blood sugar, as well as anemia.

“It was hard for me to concentrate, and I’d have minor seizures here and there in class which can be quite distracting,” she shared.

“It caused a lot of worry to my teachers and friends as well.”

While she is not sure what’s the trigger for her epilepsy, one doctor theorised that it could be the stress of the impending N-level exams then.

Once, Joel even had to get pulled out of a preliminary examination because she suffered a fit in the examination hall.

Describing her scariest moment with epilepsy, Joel recalled being on holiday in Japan when she suffered a full-on episode which caused her to collapse, convulsing, to the ground.

The language barrier made it harder for her mother to get help, although a doctor walking by came to their eventual aid.

Joel has to constantly be under the watchful eye of someone else — be it her mum or her friends when she’s out.

“I was not allowed to be alone at any point of time,” said Joel emphatically.

There were certain limitations set out by her doctor when it came to the types of activities she could do as well, such as swimming.

Even heading to her favourite event of the year — Halloween Horror Nights at Universal Studios Singapore — had to be subject to approval from her neurologist.

The limitations put on Joel’s life due to her condition also extended to the types of courses she could subsequently enrol in when she was accepted into the Institute of Technical Education (ITE).

Her hope of becoming a nurse was pulled out from under her feet almost immediately.

“I got through to the interview, but when I had to declare my medical conditions, they told me I couldn’t be accepted into nursing,” shared Joel.

Although it took Joel some time to work through her disappointment, she understood the rationale.

“In the event of an epileptic seizure, I could not only injure myself but also injure the patient as well.”

Joel ended up in an Applied Food Science course which she found she had little interest in.

After suffering another episode during a chemistry class where she nearly came into contact with “an open bunsen burner flame”, a discussion between her mum, teachers and neurologist determined that it was not safe for Joel to continue in her course.

She left ITE without completing her studies in Oct 2018 and took on a temporary position as an intern at the HR company that her mum worked for.

Joel felt lost at the time. “I was like, where am I going to go from here?”

“Am I just going to be an intern, doing mundane tasks or things I don’t like?” questioned Joel, who was “looking at online job portals every hour”.

While scouring for opportunities to further her education, Joel and her mother chanced upon a digital marketing diploma course offered by PSB Academy.

The course caught Joel’s attention immediately, as she saw its relevance in today’s digitalised world.

“At first I’d wanted to do accounting,” said Joel, as it appealed to her inclination towards math- and data-based subjects.

“But digital marketing sparked a lot of interest because I like things to do with the online world and technology."

Since then, Joel has also observed that having skills in digital marketing has become even more of an asset during the current Covid-19 pandemic.

She added: “When Covid-19 happened, I saw how digital marketing plays a very important role in this situation we’re in.”

But going for the course meant she had to first complete the International General Certificate of Secondary Education (IGCSE) preparatory course offered at PSB Academy, and Joel knew she needed all the help she could get.

Joel returned to her secondary school to seek guidance from her former teachers with whom she’d kept in touch.

In hindsight, she realised how she had “taken a lot of things for granted” during her N-level days.

“Even when my secondary school teachers were willing to help me, I was very lazy.”

Whether it was a combination of all the support given or that she had finally found a strong motivation to do well in her studies, Joel aced the IGCSE exams.

And when I got into PSB Academy, it was like a second chance for me to do better, because I didn’t perform very well for my N-levels and I had a lot of regret about that,” Joel shared.

With hard work and determination, Joel managed to achieve a Certificate in Business Management, which enabled her to obtain a Diploma in Business Administration (Digital Marketing), all within two years. 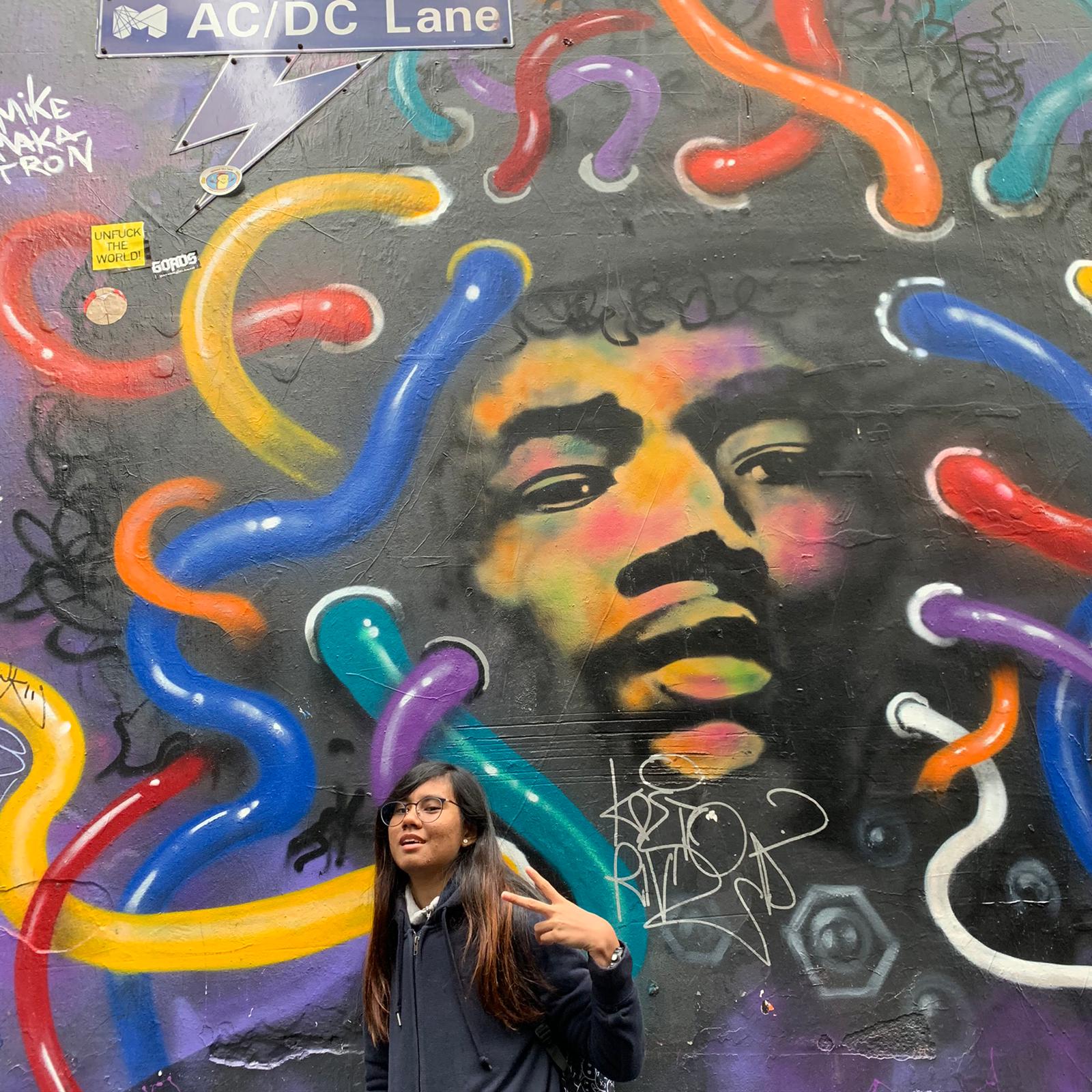 Joel is currently working towards a Bachelor of Arts with Honours in Digital Marketing awarded by Coventry University, through PSB Academy.

Being armed with a diploma meant she could go straight to year two of the university course.

It was “a huge moment” for Joel and her mum, who was ecstatic when she heard the news.

Going through the course has enabled Joel to apply what she has learned into her daily life.

The avid gamer shared that through her Digital Analytics module, she became well-acquainted with the use of statistics.

It quickly became one of her favourite topics.

The League of Legends fan was able to use her statistical know-how to analyse her gaming scores in order to better her performance.

“I read the stats and used it in gaming to improve my scores,” said Joel, who hopes to work in gaming-related companies such as Riot or Razer in the future.

From what she’s learned in modules such as applied advertising and campaign management, she’s also helping her mum with content creation for her company, as well as giving her advice on the social media platforms to use.

Of course, there are challenges as well, as Joel admits to not being strong in the more creative and language-based modules.

But she appreciates that her lecturers have been very approachable and responsive at times when she needed help.

“I was a bit hesitant to email them because I had so many questions, but some of these lecturers really took the time to explain to me, which I’m quite thankful for,” shared Joel.

Most surprising to Joel, however, is the fact that she’s even had the opportunity to pursue a degree, which seemed like a pipe dream just three years ago when she first enrolled at PSB Academy.

“As an undergraduate student, I find it a bit surreal, because when I was in secondary school I never even saw myself doing this, pursuing a diploma and degree was basically a dream,” shared Joel, who will be graduating in 2023.

She described how there are moments in class where she almost has to pinch herself out of disbelief, “I’m like, oh my goodness, I’m actually in uni”.

Joel is thankful for her mum’s support in her journey, even when she was close to giving up.

Credit was also given to groups of teachers, both in her alma mater, Yio Chu Kang Secondary School, who offered her invaluable help, as well as at PSB Academy.

Another person that Joel is grateful for is Celestina, a close friend from church whom she’s known since primary school.

“She’s someone who was always there for me and someone who I could confide in,” said Joel. “Everyone believed in me, but I didn’t really believe in myself,” Joel added of the encouragement that she’d been given.

While Joel has not suffered from any major epileptic seizures since last December, she has not been declared epilepsy-free and still has to continue with her medication.

Looking at how far she’s come, Joel has one thing to say to her younger self, if she had the chance:

“Stop blaming yourself for not being good enough. It’s not your fault [that she has these health issues]. So don’t belittle yourself and don’t give up.”

And to those struggling with epilepsy or other health-related issues, she has one piece of advice to give:

“Doctors may say that we’re limited by the things that we are able to do, but we are not. Just don’t lose hope.”

This article is sponsored by PSB Academy.