In March 2020, then 26-year-old Tyler Lee returned to Singapore after graduating with a Master’s degree in Aeronautical Engineering from Imperial College London.

Having secured a job at the Civil Aviation Authority of Singapore (CAAS), Lee’s first foray into the workforce was made more daunting by the Covid-19 pandemic, which transformed his job scope significantly.

Lee was well-trained for the technical aspects of his job: conducting audits on maintenance organisations, and ensuring that there are no safety or quality lapses within the various aircraft in Changi Airport.

However, there’s only so much preparation one can have during an extraordinary time like the Covid-19 pandemic, and Lee naturally faced a number of challenges along the way.

Lee’s return to Singapore from London was an eventful one: he volunteered for Covid-19 testing at the airport (it was not compulsory then), and was found to be positive soon after.

He spent the next 67 days recovering in the hospital, and a month after his discharge, he began his new role at CAAS, ensuring that flight standards were adhered to, even as air travel slowed to a crawl due to the pandemic.

While the airport’s operations were a shadow of its former self, Lee said that his job remained crucial, as he had to ensure the airworthiness of the aircraft within the airport.

He reminded me that although these planes may not be flying as often as before, they need tender loving care to remain safe to fly in full force when the time comes.

Lee also revealed that when planes are on the ground for a prolonged period of time, insects and birds may start to nest in crevices in the plane, something he called “a really strange thing to see.”

Although he shared this with me in a rather jovial manner, he also emphasised that such situations are no laughing matter, as they may affect the operational safety of the plane, should they be left unattended. 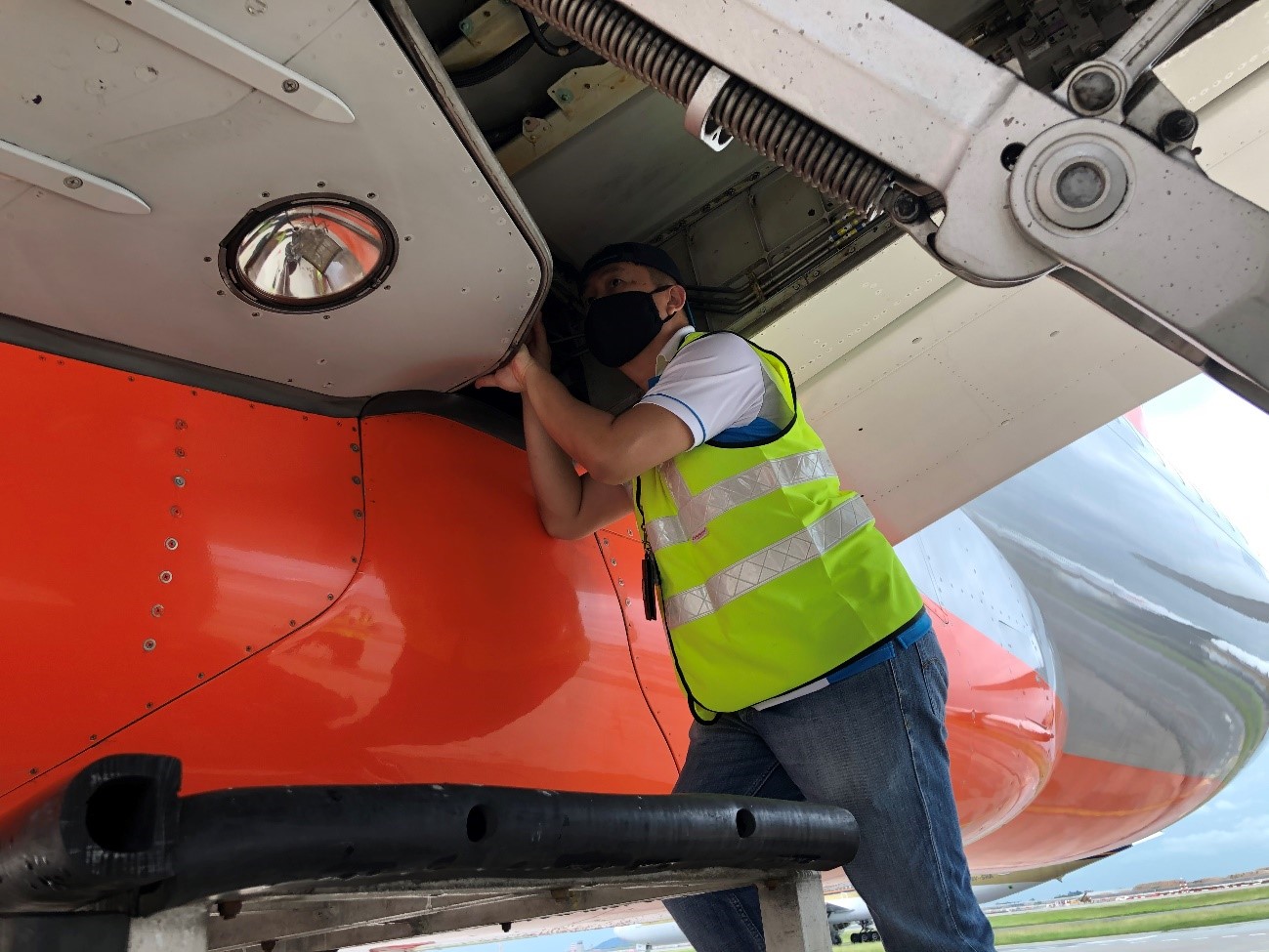 Apart from simply conducting audits and maintenance checks, Lee’s team had to keep abreast of the Covid-19 situation around the world, as countries began to adjust their border measures.

For example, countries may change their border policy with immediate effect, causing Lee’s team to scramble to ensure that all flights adhere to the new regulations.

This sometimes happened in the middle of the night, due to time difference.

Lee also had to conduct some form of contact tracing when Covid-19 cases surfaced within the aviation community, a role for which he had no prior experience in.

With people from all walks of life working in the airport, Lee confessed that communication could sometimes be problematic, as some workers may not be able to articulate well in English.

Lee also said it was a challenge for many to remember their movements accurately.

“Honestly speaking, I think most of us, we don’t even really recall what we ate yesterday,” he joked, acknowledging the difficulties faced by the people he was interviewing as well.

Getting information quickly and accurately was a challenge, but something that Lee had to quickly learn on the go.

While conducting ground surveillance, he also had to ensure that passengers who land in Changi Airport are aware of the latest public health measures, especially since the rules change frequently, as the pandemic evolves. 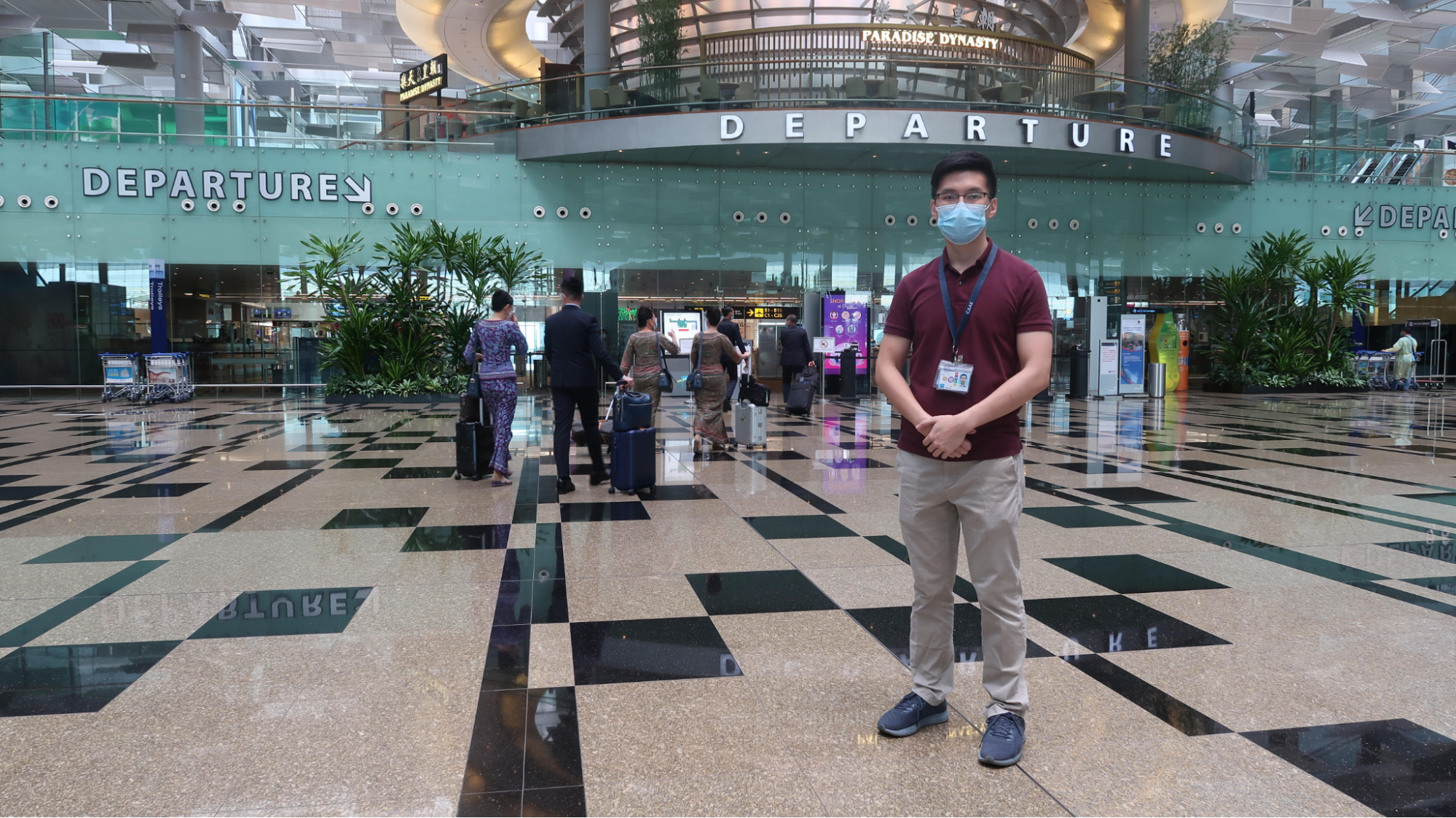 In a nutshell, Lee and his colleagues had to take on many additional responsibilities due to the Covid-19 pandemic - focusing on protecting air crew, airport workers and travellers, while safeguarding public health.

Strained his relationship with friends and loved ones

While Lee was working hard around the clock in his new job, not everyone around him was supportive of his efforts.

He shared that there were friends who tried to persuade him to look for another job with fewer risks, although he resisted this.

They also noted the long hours and erratic schedule that Lee had to deal with, and were of the opinion that moving on to another line of work would be more rewarding.

In addition, Lee was also ostracised by some of his friends, who bluntly asked him when he last went to the airport when setting up group meetings.

While Lee understood their concerns, seeing their logic from a public health perspective, I couldn’t help but wonder whether Lee felt isolated because of his job.

Lee acknowledged that many may not understand the nature of his work, and admitted that there is nothing much he can do to change people’s perception.

“It can definitely put a strain on relationships with friends and loved ones, because people always ask: Why you? Why are you doing this, why can’t it be someone else?”, shared Lee candidly.

Fortunately, he was able to allay the fear and misconceptions his loved ones had about his work, and the perceived risks he faces, by constantly communicating with them.

Faced discrimination as an airport worker

Lee also faced a certain level of discrimination from members of the public, including taxi or private-hire drivers.

During the height of the Changi Airport cluster, he shared that getting a ride to the airport was difficult, as many drivers were reluctant to accept bookings to and from the airport, due to the perceived risk of picking up passengers who may have Covid-19.

Those who do decide to pick up passengers up from the airport tend to be more paranoid, and Lee recounted an incident where a driver would blatantly sprayed sanitiser in his direction, in an attempt to keep the virus at bay.

While these incidents may sound terrible, Lee explained that most people would have no idea where he works, so he thankfully does not face any discrimination in most public areas.

He also said that he learnt to deal with such incidents by brushing it off with a smile, preferring not to be confrontational.

But Lee explained that compared to him, other workers at the airport could face a much more difficult situation.

For example, some workers at the airport have to wear a uniform, making it more obvious to outsiders where they work, and possibly opening them up to more discriminatory incidents.

Similarly, air crew may also face wary glances while on public transport, given that their luggage is a tell-tale sign of where they are heading.

However, these individuals are simply doing their job, and Lee emphasised that the importance of their work is often overlooked by the general public.

He said that the air crew’s job is more essential than most people realise, given that they are instrumental in maintaining Singapore’s air connectivity.

Without them, essential goods like vaccines cannot be transported to Singapore in a timely manner, and Singaporeans can forget about indulging in online shopping during the pandemic as well.

For Lee, seeing how frontline workers face discrimination is disheartening, as he and his fellow workers at the airport are simply doing their jobs.

He has since cut down his time spent on social media, after coming across harsh comments penned by certain netizens, who attributed the spread of community Covid-19 cases to those working in high-risk environments.

“It can be quite disheartening and demoralising to know that you’re being discriminated in a sense, because at the end of the day, underneath all the Personal Protective Equipment (PPE) and the N95 (masks), is a human that is deserving of love as well,” he said.

Lee said that he and his colleagues are all proud of the work they do, but such comments often leave them discouraged.

So what keeps Lee going, despite these setbacks and challenges?

More empathy, according to Lee, is the key.

Lee said that the majority of Singaporeans are supportive of frontline workers, and may not realise that reaching out to them with some simple words of encouragement can go a long way in supporting them.

For him personally, it’s the sense of satisfaction and accomplishment he gets from his job. After all, many of us are itching to travel, and for Lee and his colleagues, it’s their job to ensure that it will be safe for us to do so, when the time comes.

Remember, when border restrictions are loosened, it’ll be thanks to the hard work of Lee and his colleagues that there isn’t a bird’s nest hidden within the crevices of your plane.

This sponsored article is in support of #SGTogether, and is brought to you by the Ministry of Culture, Community and Youth (MCCY).