You are never too young to be the change you want to see in the world.

That’s what I thought when I found out that three teams of polytechnic students, aged 19 and 20, emerged as winners at the Global Final of the Huawei ICT Competition 2019-2020.

Addressing issues like the ageing population in Singapore and climate change, the winning teams from Singapore Polytechnic (SP) and Temasek Polytechnic (TP) demonstrated their capabilities in cutting-edge technologies like Internet of Things (IoT), big data, and artificial intelligence (AI).

Curious to know how these students aim to make a dent yet? Here are the three innovations from the student teams that can make the world a better place. 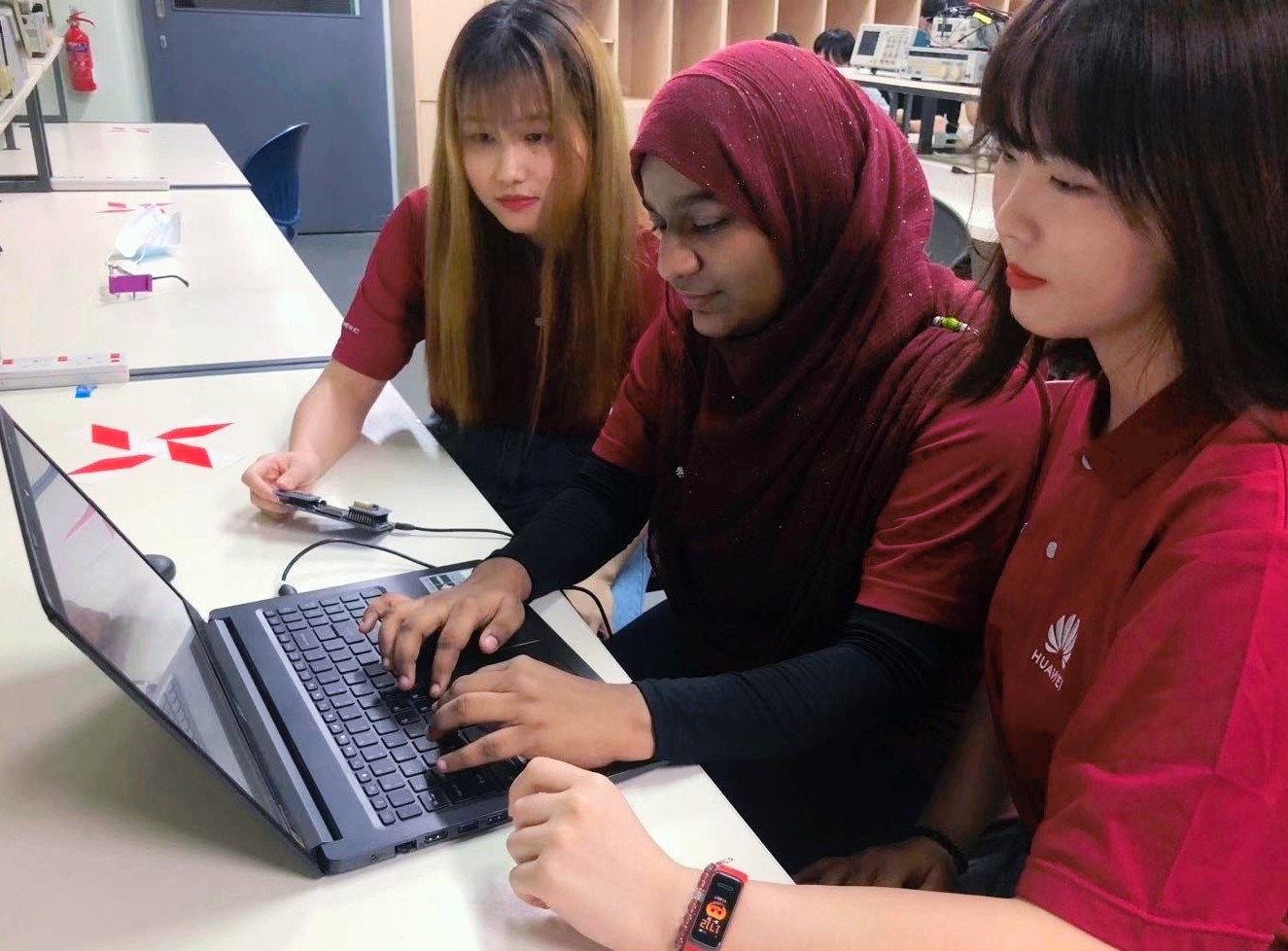 “[T]here are many wonderful Artificial Intelligence of Things (AIoT) products designed to increase people’s quality of life. However, these products are not targeted to the elderly,

We were inspired by a TV show called Forget Me Not Cafe in which five elderly waiters with mild cognitive impairment form an ‘unforgettable family’ to run a Chinese restaurant where there is a probability of serving the wrong dishes to customers.

This show, plus smart glasses technology, motivated us to create a wearable AIoT device for Alzheimer’s suffers, so that they won’t forget their loved ones so easily.”

The Forever-Smart Glasses uses Huawei’s AIoT technology and cloud service to identify the faces of a family member and point them out to the dementia patient.

On top of the smart glasses, the team also designed a mobile app, Your Helper, with a built-in GPS positioning system, which tracks an elderly’s movement. The app can alert caregivers if their elderly family member is lost.

The team’s innovation clinched them the Grand Prize in Huawei’s Innovation Competition and the TECH4ALL Social Contribution Award.

Andrew Tan, Wong Yao Hui and Caleb Lee from TP adopted the eldercare theme too — a topic that is increasingly relevant with Singapore’s ageing population.

According to the three-man team’s research, elderly falls are the second leading root of death in Singapore. “In the event of a fall, the system immediately alerts the appropriate staff or family member through an IoT device,” said Wong, 19.

“Shortening response times to falls is critical as it can save lives, improve response rates and minimise serious injury to the elderly.”

The system can be integrated into hospitals, home CCTVs or IoT devices to monitor blind spots. 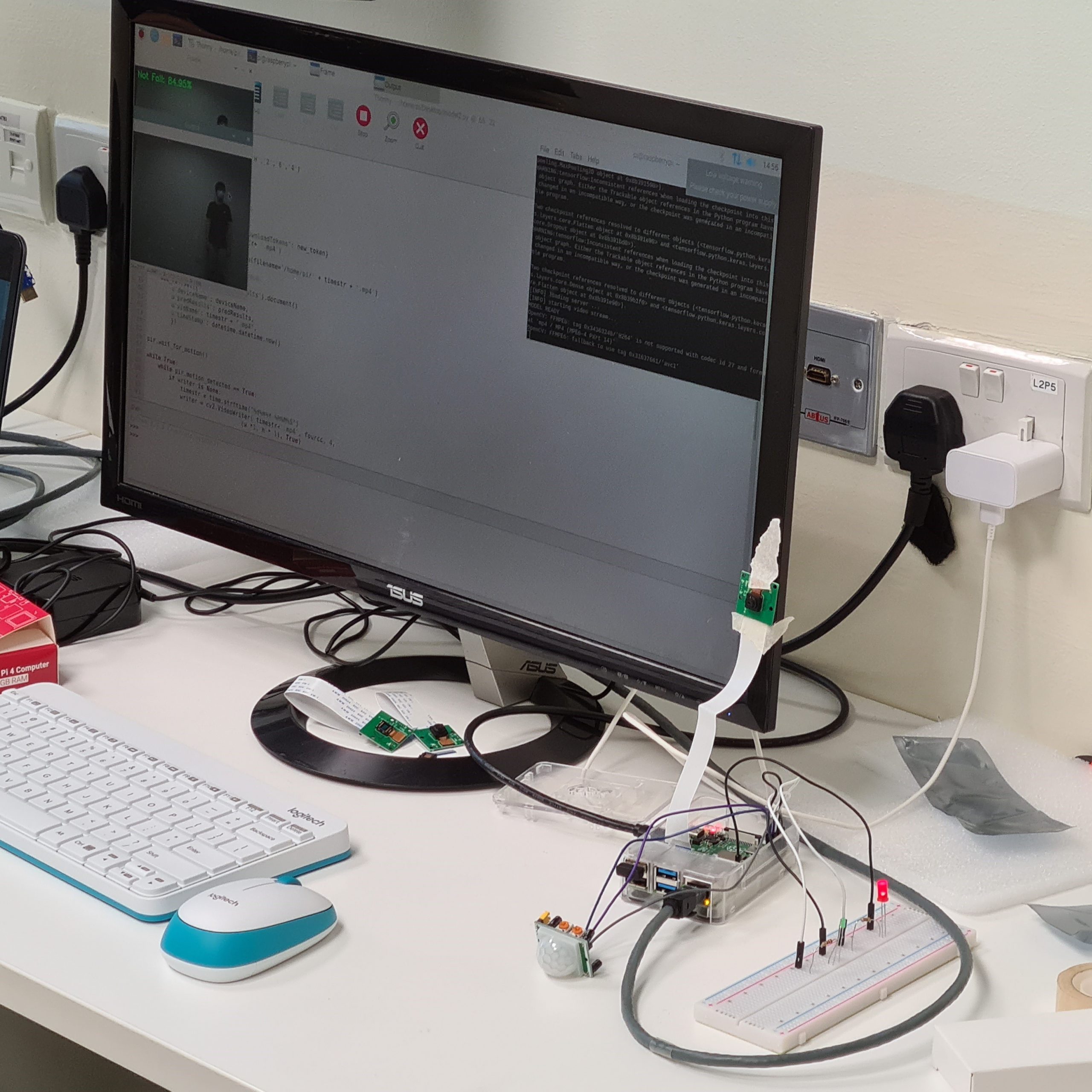 The predictive model powered by Huawei can be trained and deployed to reach a wider audience as well, since the system saves resources by using only software to integrate the system into existing CCTVs.

Following a series of raging bushfires in Australia in 2020, Cheong Wai Khin, Khor Kah Seng and Tan Xin Ying from SP were inspired to bridge the gap between detection and mitigation of a forest fire. 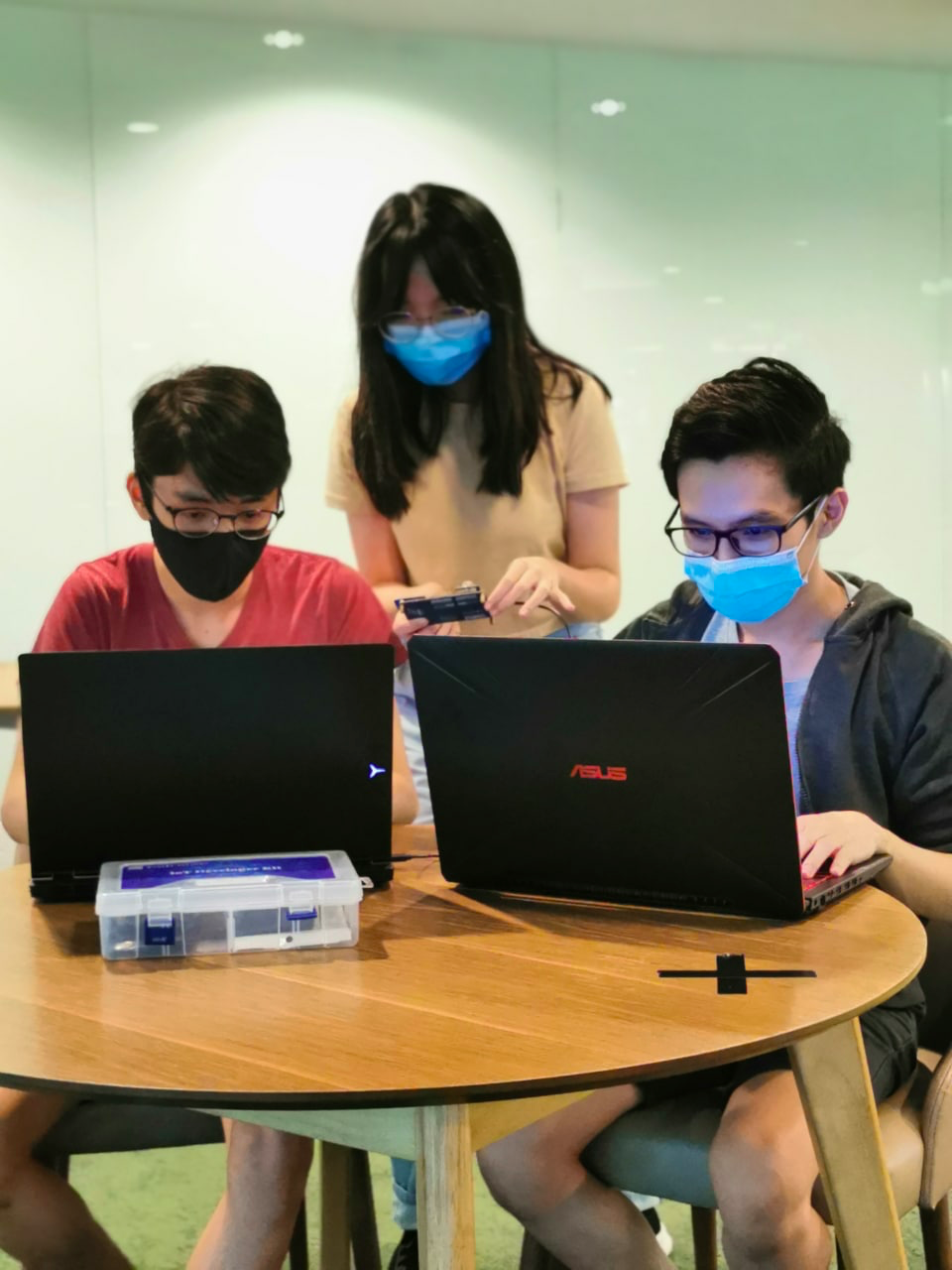 With the team’s Intelligent Wildfire Mitigation System — a cloud-based, serverless system — the process of detecting a forest fire and mitigation measures can be automated using a simulation of how the fire might spread, generated by a prediction model.

By providing an estimation of fire spread rate, the model can enable early and more accurate planning for mitigation measures.

“[I]n the event that [forest fire] does spread, our fire spread model and web application can facilitate the evacuation of residents, leading to a lower mortality rate and more efficient implementation of mitigation measures,” the SP team shared.

Doing so will hopefully reduce environmental and financial damage, among other adverse impacts a forest fire may have.

Efficiency within the affected areas will be maximised with the model’s wireless connection and serverless architecture.

Cost-wise, this system designed by the SP students enables cost efficiency on a pay-per-use service rate by leveraging Huawei’s cloud and AIoT solutions.

The model can be customised with data from other regions too, allowing for adaptability and scalability.

All three winning projects were conceived as part of the annual AIoT Innovation Bootcamp organised by Huawei ICT Competition.

In its fifth year running, the competition enhances participants’ AI and IoT knowledge while providing a platform for them to acquire application skills through a bootcamp lasting for three days.

In 2020, Singapore was the first overseas country in the world to host Huawei’s AIoT bootcamp.

Previous editions of the programme were held in China at universities such as Shanghai Jiao Tong University, Southeast University and Tianjin University.

During the three-day bootcamp, six teams comprising of 18 students were given hands-on experience AI and IoT knowledge in Huawei’s 5G-powered AI lab located at Changi Business Park. The lab was equipped with AI, 5G and Cloud technology.

Upon fulfilment of the trainings and workshops, the six teams will implement their practical applications by completing a project within their teams in two months.

Since June 2019, the competition has already attracted nearly 150,000 students from more than 2,000 colleges and universities in over 82 countries.

All images via Huawei.

This article sponsored by Huawei International makes this writer wish she spent her youth more fruitfully.