Going straw-less is the newest green trend to hit Singapore, and it’s catching on for a pretty simple reason -- it’s one of the easiest environmentally-friendly habits to adopt.

It’s one that I, someone hardly considered to be environmentally conscious, have adopted. But I use the term “adopted” loosely. I’ve been able to refuse straws to limited success. That’s if I remember not to use them. But maybe, an action so small doesn’t even matter.

That’s the struggle with going green. It’s not easy to do away with the convenience we’re used to, and most people convince themselves that the actions of one person don’t matter. That was the main issue that dominated discussions at a recent Zero Waste Conversation I (of all people) attended.

To a first-timer like me, it felt as if we had reached an impasse. Everything seemed too “troublesome” for Singaporeans to adopt. They wouldn’t do it unless we give them rewards or incentives. Even making them pay for plastic bags don’t work.

Halfway through the session, Ang Zyn Yee, “headliner” of the day’s event -- having been recently featured in the news for her Straw Free Singapore campaign -- stepped forward to give a talk.

A young girl of 17, she approached the crowd of 30-odd with a shy, quiet confidence, launching into her presentation without a script.

I’d have never been able to do that when I was 17, I thought to myself.

Zyn Yee’s story is amazingly simple. Deeply inspired by a 2016 TED talk by a pair of young sisters who convinced their governor to commit to a plastic bag-free Bali, and appalled to discover that 2.2 million plastic straws are used in Singapore daily, she started searching for something she could do within her own means.

The first thing Zyn Yee did is to start a petition. The reason behind her cause was simple enough -- straws because they can be easily removed from our lives, and Changi Airport because of the sheer number of people who go through it every day.

She then started mailing letters to F&B outlets, handwritten, to offer them the suggestion of going straw-free. Handwritten, because she read that such letters have a higher chance of being noticed.

The next thing she did was to create stickers. By then, she had started emailing companies instead, because no one replied to her letters save 4Fingers, who wrote to reject her. In emails to over 80 F&B outlets, she attached her stickers, requesting companies to put them up in store to offer customers the option of going straw-free.

“For every 10 emails sent, I’d get just one reply,” Zyn Yee said with a grin. 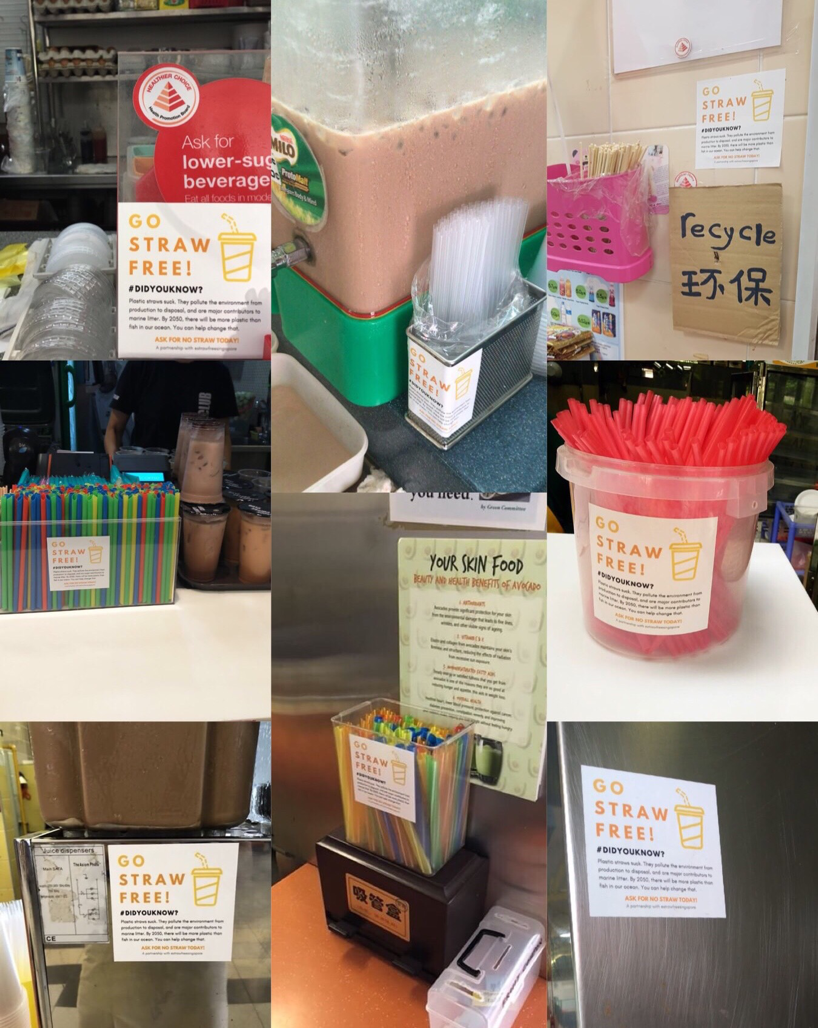 It was a simple confidence that amplified her presence in the room.

Complicated ideas of massive scale aren’t needed to start a movement, I thought. That was what Zyn Yee embodied, with her small ideas taking her, a young student, ahead one step at a time.

Soon enough, friends started asking for her stickers. Her campaign spread throughout her school and to others as well, with Instagram accounts promoting the campaign popping up. 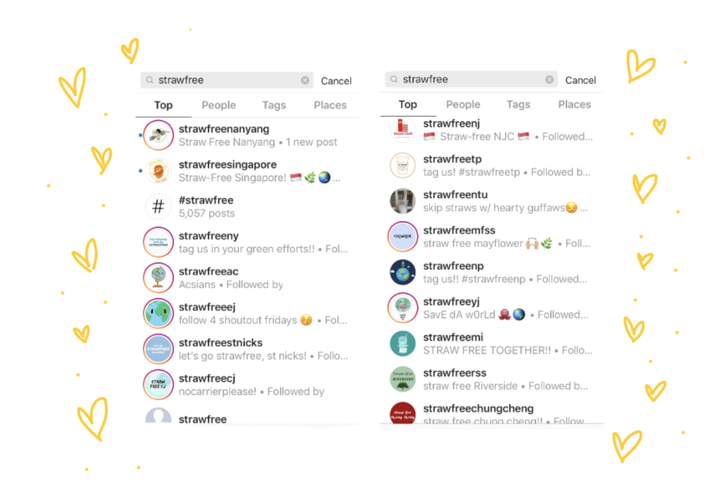 In June this year, her efforts finally paid off -- when 4Fingers worked with her to create customised stickers for their outlets, encouraging customers to go without straws.

Since then, Zyn Yee has started Zero Waste advocacy in primary schools -- she will bring the campaign to 8 schools this year -- and was invited to meet with representatives from Changi Airport.

“The meeting was quite a milestone because I was finally able to meet representatives of the subject of my petition, and physically share with them my ideas for a straw-free Changi.”

At the session, Zyn Yee was also introduced to City Developments Limited (CDL) Chief Sustainability Officer Esther An, who promised to explore bringing her straw-free campaign to CDL malls.

“Starting your campaign is not very difficult,” she shared, “but I worked very hard. I would spend hours after school sending out emails.” Zyn Yee’s parents also helped bear the cost of printing stickers.

The simplicity of Zyn Yee’s campaign is inspiring. It made me realise, in the span of that 30-minute presentation, that being conscious about the environment doesn’t always have to be troublesome or “a burden” -- and that any action, no matter how minute, does matter.

A heated discussion during the Q&A session after proved how impactful her presentation was. Even as two participants debated tensely over how a straw-free society would alienate the handicapped, Zyn Yee remained modest and open-minded, admitting that her campaign is still a fledgling one and that the movement has to be inclusive.

In all honesty, I half expected her to struggle with the discussion, given its controversial nature and her young age. But she handled it with that same simple confidence -- and I was inspired.

When I left the seminar that day, I was given a set of reusable cutlery. I brought it to the office the next day and remind myself to use it every day.

Simple steps, small steps. That’s how I can make a difference too.

Zyn Yee was a participant in an earlier Youth Conversation in April on environmental sustainability and returned to share her story with other youths passionate about the issue in this installation.

This sponsored post by National Youth Council thrust the writer into a whole new world.