An 8-year-old boy in China was blinded in one eye after playing around with a food desiccant pack.

A desiccant pack is one of those little "do not eat" packets that can be found in various food packaging meant to keep products dry and in good condition.

According to a report by Legal Evening News, the doctor who treated the boy said his right eye tissue was completely corroded after coming into contact with an alkaline fluid, causing permanent blindness in that eye.. 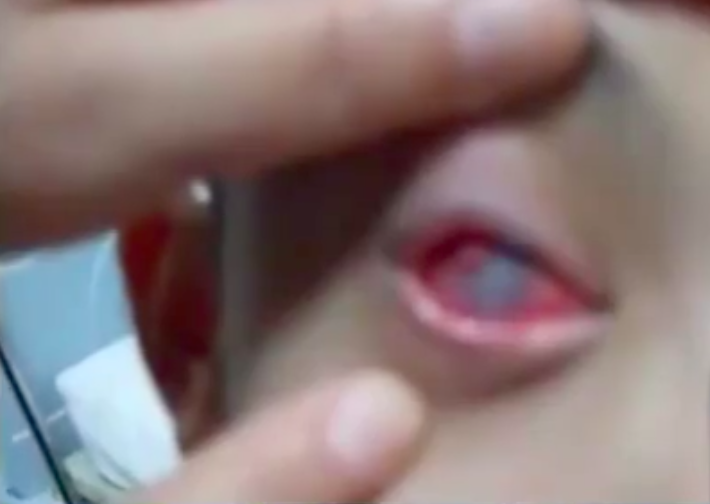 His mother is now seeking media attention for his case in order to warn other parents not to make the same mistake.

Bottle exploded after packet was mixed with liquid

Apparently, the boy did well in his exams and his family had bought him his favourite snacks as a reward.

He found the small packet of desicant in his bag of snacks and put it inside a bottle that contained his beverage, not expecting the bottle to explode shortly afterwards.

He lost his eyesight and felt immense pain the moment the fluid entered his right eye.

Netizens question the use of such dangerous packs

Translation: Why are such dangerous items still found in our food packaging? Kids are too young to know its danger, the manufacturer is also responsible for the incident.

Translation: These desiccants need to be harmless, odorless, and non-corrosive. Strong alkalic desiccants such as the quicklime ones should no longer be used. In Europe and America, the harmless silica gel desiccants are generally used, so why do we still need to experience these tragedies? Why are these standards different?”

Danger in a small packet

According to a report on What's On Weibo, most desiccant packs are made with silica gel grains which are useful for keeping things dry and "sucking up" excess moisture, and are generally not considered to be harmful.

The "do not eat" warnings refer more to the choking hazard, rather than the packets being toxic.

Liu Ping, a public health professor from Shandong University explained that there is another type of desiccants that is made from calcium oxide, also known as quicklime.

When mixed with water, it undergoes a chemical reaction, making it possible for a closed bottle with fluid and quicklime to explode.

The fluid that results is highly corrosive.

A similar incident happened in 2015 when a 5-year-old boy was also blinded in one eye after putting in a desiccant pack into a pet bottle, causing it to explode.

Top image via Aliexpress and Weibo.