PERSPECTIVE: 37-year-old Shasha thought she had found "the one".

In July 2020, she met a man through Muzmatch, a dating app for single Muslims looking to marry.

They went on three dates before he decided to pop the question. She said yes.

Three weeks before the wedding, he called it off without providing any reason.

Speaking to Mothership, Shasha tells us how she overcame the heartbreak and why she decided to proceed with the wedding photoshoot alone.

As told to Syahindah Ishak

That was when the wedding was supposed to take place.

But three weeks before that day, he met me very briefly and told me that he wanted it to be over.

It was a very brief meeting. I didn't even have a moment to ask him why or what we should do next.

What was going through your mind at that moment?

As someone who was getting ready to get married and commit to somebody for a lifetime, it was a huge shock because suddenly... there's nothing.

It was one of those situations where you know you can't really do anything.

Somebody has decided to leave you to figure it out on your own, what can you do?

It didn't help that I had no other means to communicate with my ex-fiancé and his family.

Wait, was that the last time you saw him?

I haven't seen or heard from him since the day he called it off, and I wasn't able to reach out to him or his family since then.

They had blocked me everywhere.

I just had to go through a cycle of figuring out why it happened, how it happened, what could have happened, and what actually happened.

The questions just went round and round in circles in my head.

It didn't even feel helpful because I was just asking questions and I had no answers at all.

And of course, I had moments where I was grieving very deeply because my ex-fiancé was a divorcee.

Even though it was the end of a relationship, I felt like I had lost a life I thought I could have built.

How was your relationship with his kids?

I don't think I should go into further details about his children because I don't want to identify them.

All I can say is that I have told them I loved them.

That's why it was quite hard to accept all of this in the beginning — that I will not be able to see them anymore.

How did you and you ex-fiancé get together?

My ex-fiancé and I met on a dating app, Muzmatch.

It's basically a platform for single Muslims who are looking to marry.

We met sometime in July, and we had a few dates.

On the third date, he proposed to meet each other's parents, and to get engaged to get married.

At that point, I had been in relationships where I knew the person for a few years.

That doesn't always mean that it would be a successful relationship.

I'm not just talking about marriage either.

You could be in a long term relationship but you do not feel happy or you end up not knowing why you're in that relationship.

With him, I felt connected.

I really believed that he understood the importance of marriage as an institution and as a commitment because he had been married before.

And he convinced me to stay in Singapore. I was going to return to New Zealand actually, where my parents are staying.

I had tickets booked, I was going to go back but I stayed on because we got engaged.

Did you suspect anything was off prior to the day he called it off?

During our engagement, there were huge challenges that we had to go through, but it wasn't to an extent where we thought of postponing the wedding or anything.

We somehow managed to go through it and because of that, I thought we were capable of overcoming anything.

If you can experience someone having a job loss and still want to get married to them, then I didn't think anything was going to be that hard, you know?

After he called off the wedding, what happened next? Surely you had already done some preparations?

The wedding was just going to be a small one because of the Covid-19 restrictions.

In terms of preparation, it might not look like a lot but lots of people came forward and extended their own time and effort to help prepare for the wedding.

By the time it was called off, I had a list of things I needed to do. It was quite difficult to do by myself.

I think if it was a couple you know what just postponing a wedding — that sort of thing — it's very different, they could they could just figure it out but for me, it was the end lah.

Were you able to get any refunds?

I had paid for deposit for people to come so I anticipated certain losses.

I mean, it's no fault of the vendors that such a thing happened and so close to the wedding.

But amazingly, the vendors were very kind and empathetic.

The restaurant where the wedding was supposed to take place offered to refund a high percentage of the cost. Either that or they offered to turn the deposit into food credits.

That was a very kind thing for them to do.

The decorator of the venue fully refunded me as well.

But what couldn't be refunded were the gifts. That was the most difficult part actually. I had to see the groom's gifts in my own home. Every time I look at it, it was heartbreaking.

And of course, the last thing on the list was the wedding photoshoot.

You went ahead to do the wedding photoshoot on your own. Why did you do so?

It was probably more than a week after the news that the nikah (solemnisation) is cancelled, I started looking online for articles about brides... you know how sometimes you feel quite sad and you look for motivational quotes or stories to make yourself feel not alone?

But I stumbled on lots of stories about brides running away from their weddings or they trash their wedding dress because they get stood up.

That was until I came across one story of this lady that actually celebrated the fact that her wedding that didn't happen.

She broke up with her ex boyfriend for whatever reason but she actually had a photoshoot which celebrated positivity, freedom, and hope.

I felt quite inspired because that was the only positive story.

I asked the Lightview guys whether they've done a solo photoshoot of such a theme before and then I just left it as that because I wasn't sure whether I wanted to do it yet.

I was just inquiring for the sake of inquiring and still thinking through it, whether I'm emotionally ready to do something like that.

It's not easy, you know, considering I was still really sad at that point.

But the photographers were very creative and very supportive.

They gave me lots of ideas and shooting locations we could explore in Singapore.

My bridal dress was also designed from scratch. It wasn't a rental bridal dress kind of situation. So I didn't want it to go to waste also.

After a few conversations with the photographers, we decided to just go with it.

We chose a date and I told them I would like to do it the day after the supposed wedding day.

How was the photoshoot for you?

The emotional preparation for the photoshoot was something that I was very conscious of, even on the day itself.

I remember mentally preparing myself, saying: "You survived 24th October. You have slept it off and you've woken up to a new day. So this is a new day."

I really wanted to celebrate the beauty of everything and everyone that has been part of my healing process.

There were moments where I felt a little uncertain. For example, we went to one of the locations and I was like: "Oh this is where we proposed."

You can't stop those kinds of thoughts or memories when you're already there but to me, I felt really empowered at the end.

I was just journeying through my emotions and all that but at the end, I felt like I've achieved something.

I felt quite at ease actually. I had a good sleep and I did my own staycation after that.

I just want my story to inspire other women who have gone through the same thing as I did.

Sometimes, it's also about surviving a heartbreak and figuring out what you want to do and what you've learned from it.

Has this experience changed your views on love and marriage?

For me, this whole thing has actually strengthened my desire to be more connected to my faith.

I've also learned to understand that if my future does not have me being married, it's really not the end of the world.

It shouldn't be a milestone that I need to feel sad or proud about. 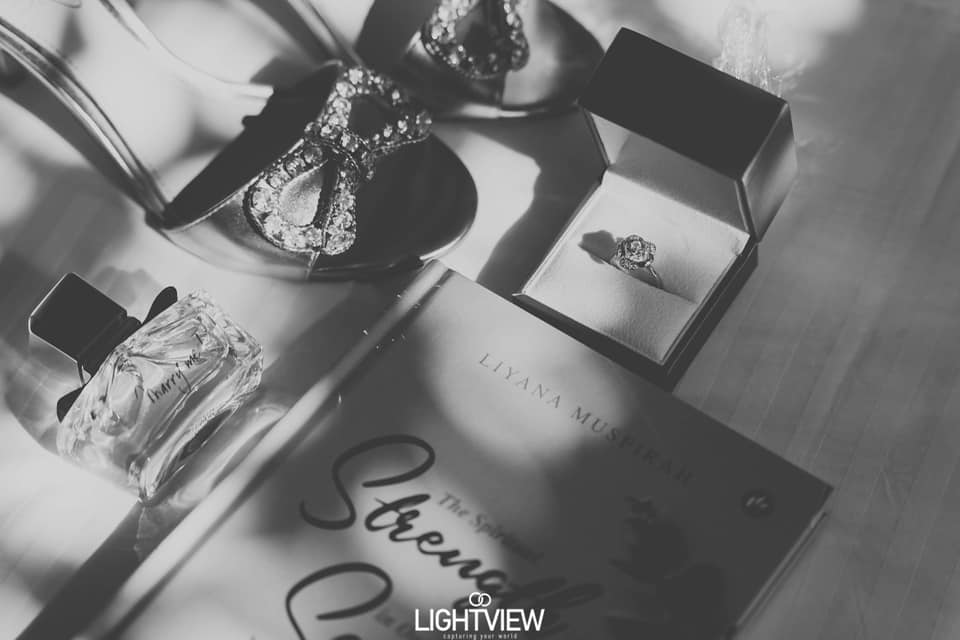 Now I have to focus on my own self care, my own self love, and to strengthen and nurture my connection with God.

And I've come to accept that anyone that comes into my life is a gift.

I'm not bitter, I'm not expecting a queue of suitors or anything like that. It doesn't have to be a person who wants to marry me. It can be a friend, a stranger who desires a friendship or a connection or kind word.

That is how I want to live, moving forward.

If you could meet your ex-fiancé, what would you want to say to him?

I've come to a stage of acceptance in my journey that for whatever reasons the other person has, they have decided to not want to continue and be with me.

I've processed it. I've accepted that whatever other people's reasons are... they've made the decision, and that decision has caused hurt or grief to others.

And it wasn't just about me. It was also about my family and friends. They were all grieving too.

What is more important is that I took care of my recovery process and the people that matter to me.

If he reads this story or his friends and family reads it, it's up to them how they want to perceive it.

This story is not about them. This story is about how I processed my journey and how other women can relate to me.

So I don't have anything to say to him. I'll probably just give him a kind smile.