People's first instinct when they saw what appeared to be a baby shark with sticks in its mouth being barbecue grilled over the charcoal was to be shocked and offended.

However, upon closer inspection, visceral feelings of repulsion gave way to relief, light applause, and audible wow-ing, as those who were waylaid realised the grilled baby shark was, in fact, made of brinjal.

This was very likely what happened to scores of people after someone online shared a video on Facebook showing the vegetarian version of the small apex predator being cooked. 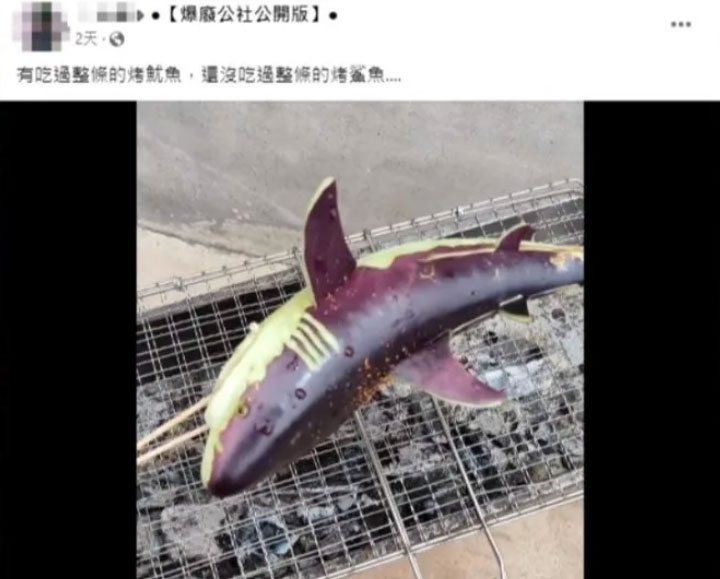 Without looking too closely, the plant appeared almost like a real miniature shark.

But from the video, it could be seen that the skin and flesh of the belly are light green.

The knife work, as revealed by the shark's life-like modelling, was exquisite, as the food carver took time to fashion the pectoral fins, caudal fins, and dorsal fins.

Reactions to the brinjal shark were unanimous in their praise for the artist.

Some said they would not eat something so well-done, while others wondered how much time and effort went into the meticulous artwork.