The woman, who in June 2022 publicly accused her husband at Changi Airport's arrival hall of cheating on her and becoming uncontactable, has reunited with her five-year-old son.

This was after she got separated from her child, who was allegedly in the custody of her husband following the public confrontation.

Posts about reuniting with son

The woman posted on Sunday, July 17, that she met her son for a short period of time after not meeting him for weeks. It was accompanied by a photo of her holding her son's hand.

The caption on the post added that her son had grown slimmer and taller.

On Tuesday, July 19, she put up another post, also at the High Court Of Malaya at MSC Cyberport in Johor.

The caption on this post read: "He is with me now.❤️"

This post suggested that the prior meeting was only a temporary one. 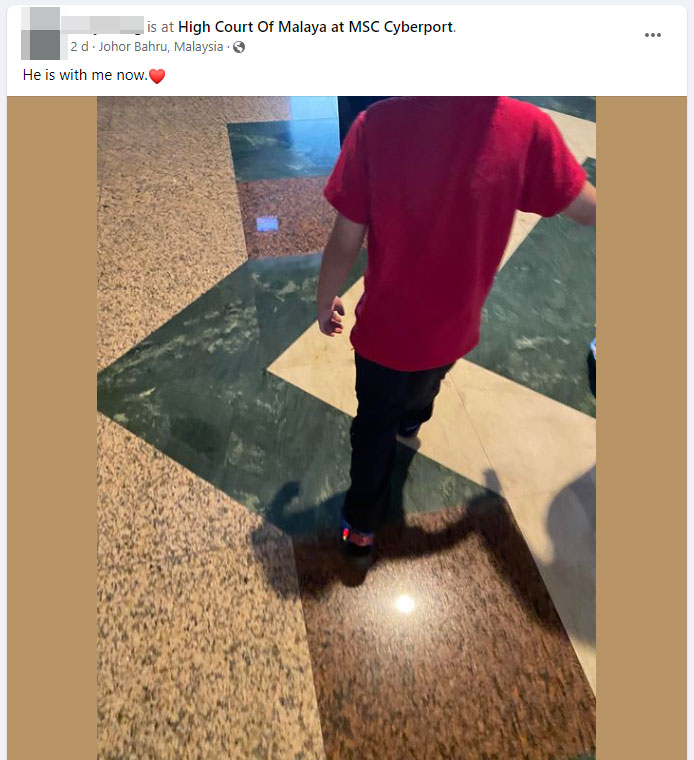 A second post later on that same day showed the boy asleep and in her custody. 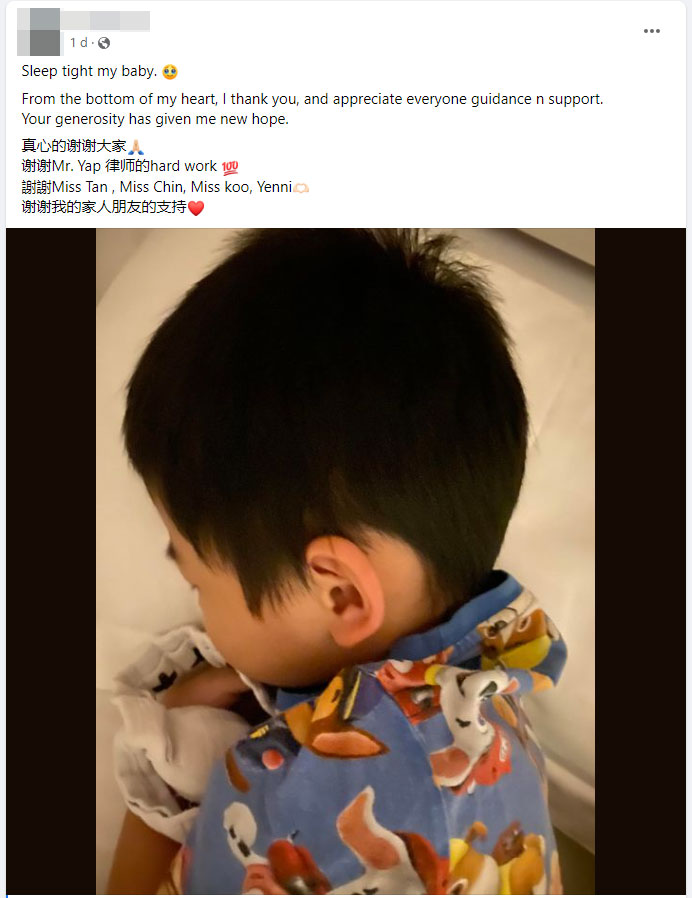 In a June 20 post, following the confrontation at Changi Airport, the woman wrote that she had handed her son to her husband so that he could drive the boy with him to Johor Bahru where the couple have a house.

The meeting was supposedly for the couple to discuss their marriage.

The woman took public transport back to Johor Bahru on her own without her son as she felt the journey will be more difficult for a child, but the meeting did not materialise as her husband apparently did not show up with the boy.

Following this failed meeting in person, the woman took to Facebook to imply that she had been separated from her son.