A livestreamer from Korea was accosted by a woman in Singapore while livestreaming the first day of her trip to Singapore.

Twitch streamer Bunniejin, who also goes by the name Alice, kept the stream running for nearly 11 hours, allowing her followers to tune in to her entire day of visits to various tourist attractions and places in Singapore.

But the stream also inadvertently captured racist remarks and unsolicited comments about her attire, however, from an apparent stranger who accosted her while she was walking around in a mall.

Among other remarks, the woman warned the livestreamer about getting "raped by Indians", "Bangladeshis and all", and implored her to dress differently as her outfit was "too much".

The woman apparently tried to get Alice's attention, addressing her as "girl".

Alice appears to be startled by the woman, but she quickly apologises for her reaction. 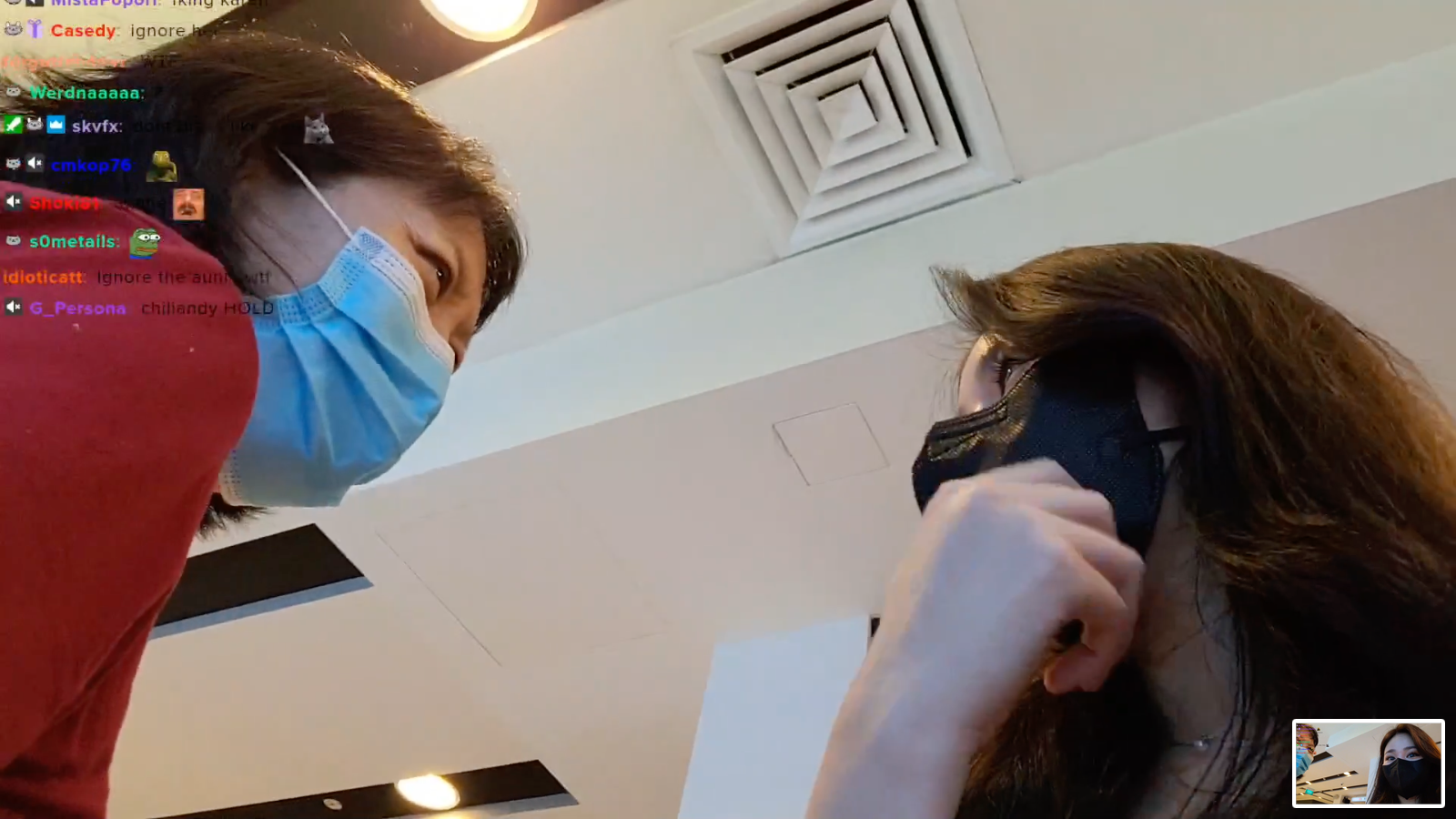 The woman then makes some comments before walking away, leaving Alice somewhat shaken.

Woman: Do you mind if I talk to you?

Woman: I also have a daughter. Will you please don't dress like this? Are you Singaporean Chinese?

Alice: Why, is it too short?

Woman: You're such a pretty girl. You don't cheapen your own image!

Alice: Uh... okay. But I'm on vacation so I wanted to dress up a little bit.

Woman: Noooo... You will get so... Singapore is very safe, but you don't want to be raped by Indians.

Woman: Bangladeshis and all. Don't dress like that, okay?

Alice: Oh okay okay. Thank you aunty, thanks for your advice. 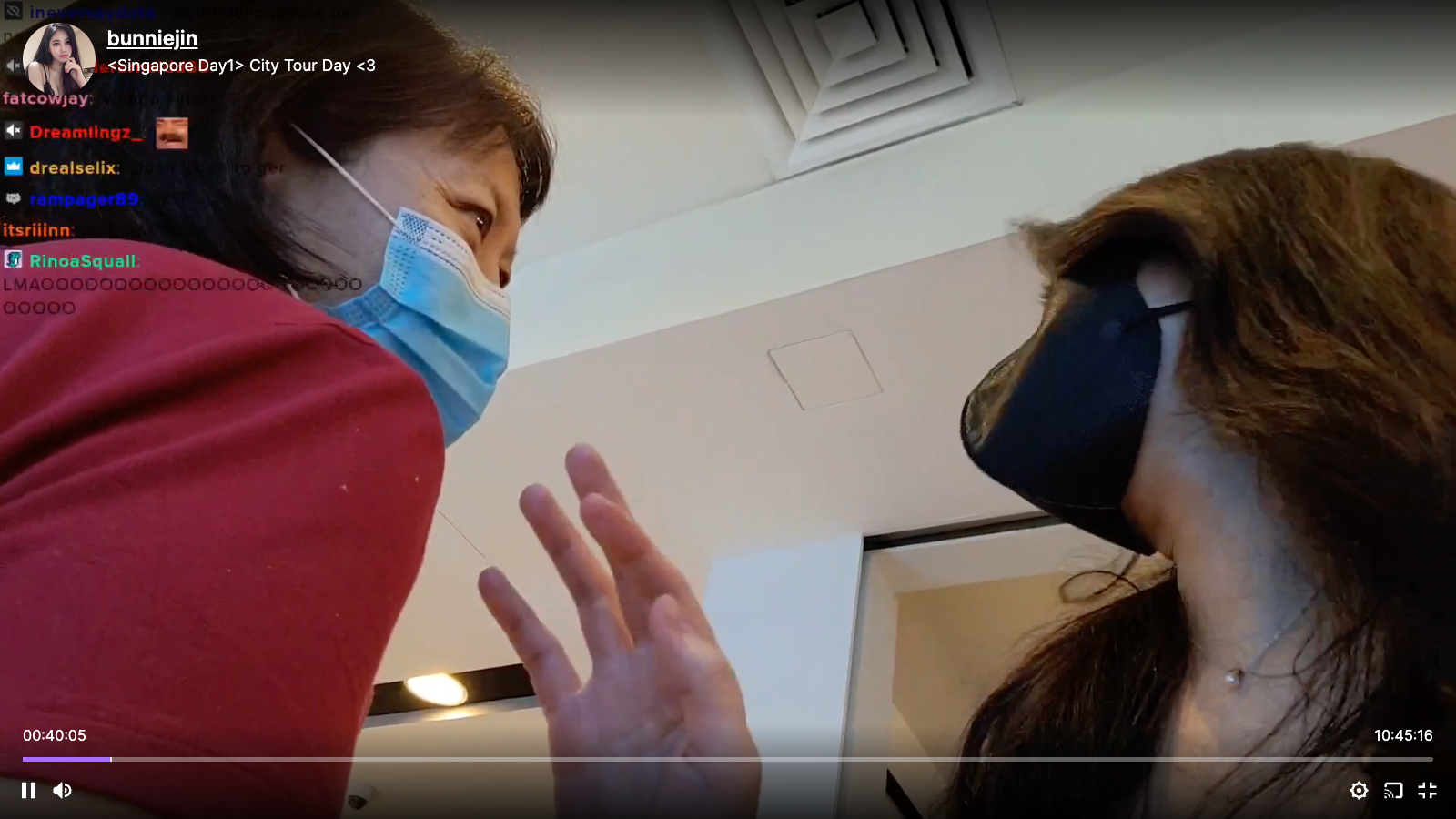 The livestreamer was left speechless after the interaction.

Viewers on her stream were quick to point out the racist nature of the woman's remarks.

"That was so f**king racist though. She shouldn't think like that," said Alice.

Alice apologised to viewers who may have been offended by the woman's comments, and reassured them that she was "okay".

"Should I change my clothes?" Alice asked at one point.

In an Instagram story posted in the afternoon of Jul. 16, Alice said she had "a great stream yesterday" and that she would likely be streaming again "later in the night". 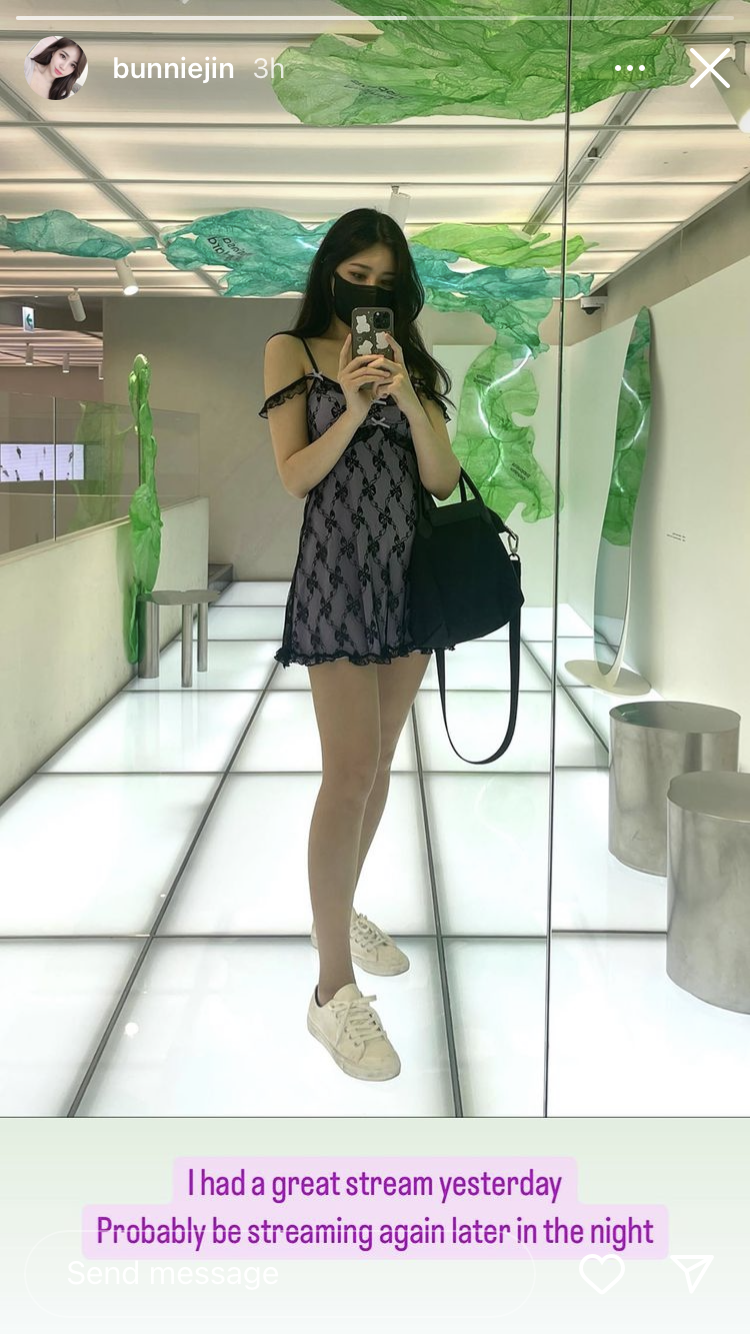