It is not every day you get to see this: A Malaysia-registered van was wheel clamped while parked at an open air car park in Woodlands, Singapore.

A notice stuck on the van indicated that it was clamped by the Housing & Development Board as a result of chalking up S$400 in fines from five parking offence notices that have gone unpaid since 2017. 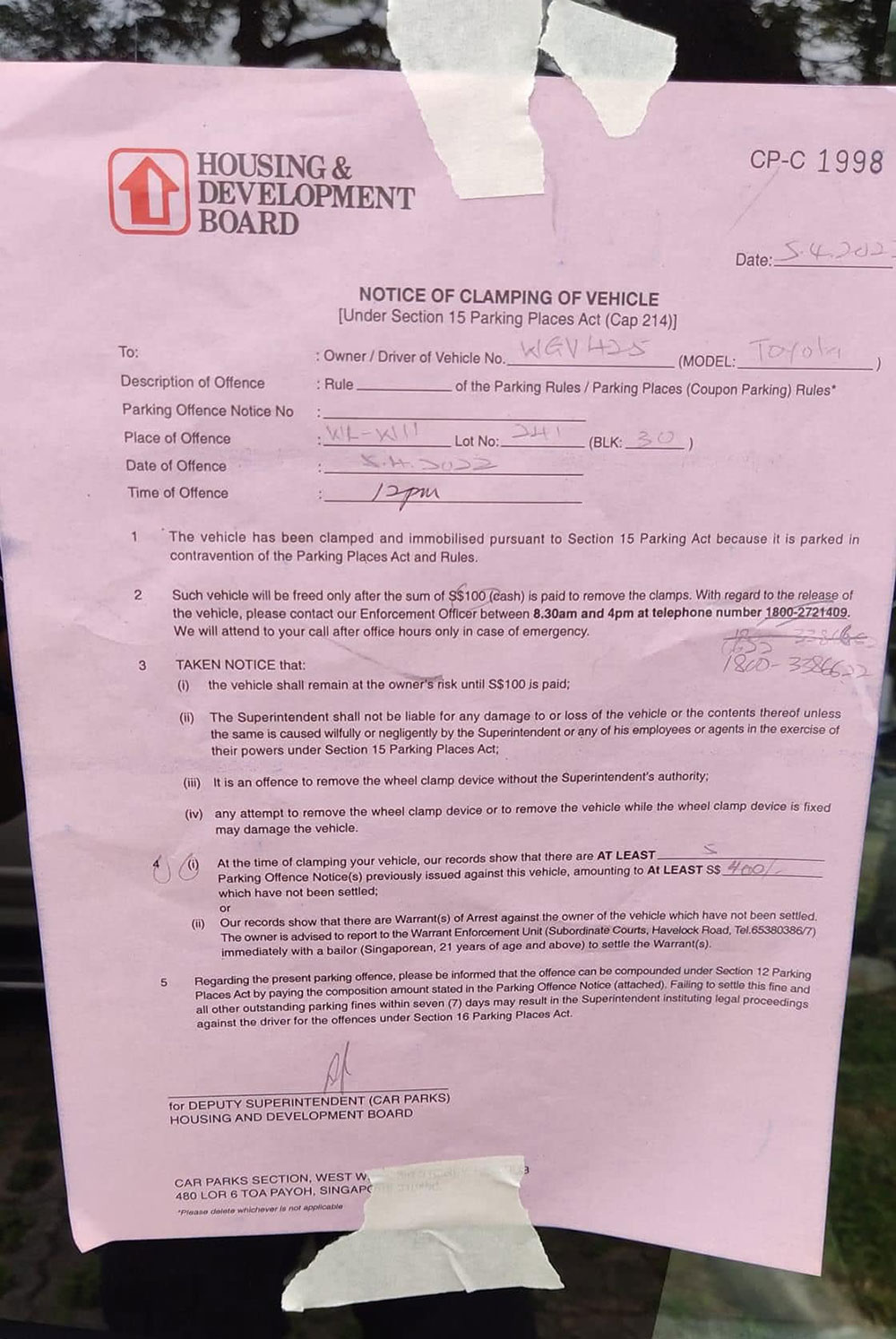 There is also at least one warrant of arrest against the owner of the vehicle.

The notice informed the owner of the vehicle that it will cost S$100 for the wheel clamp to be removed, and any attempt to remove it without first paying the fee can cause damage to the vehicle.

The owner was also advised to report to the subordinate courts with a bailor, who is a Singaporean aged 21 years and above, to settle the warrant.

According to publicly accessible information, the van chalked up fines of S$45 to S$100 from five HDB parking offence notices. 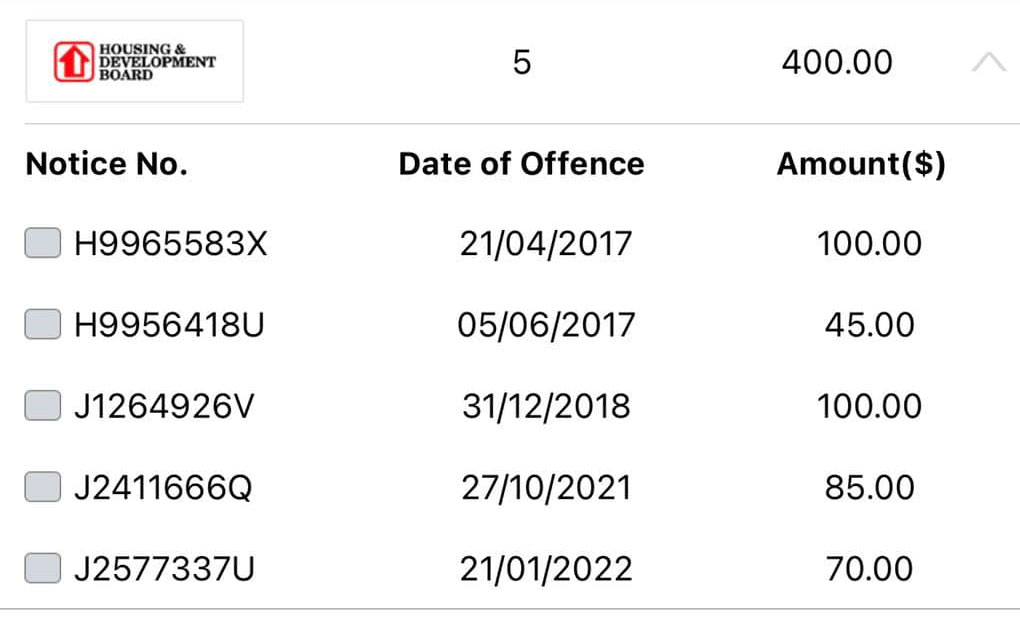 This is on top of owing the Land Transport Authority a vehicle entry permit (VEP) fee of S$1,155 and a S$200 expiry penalty. 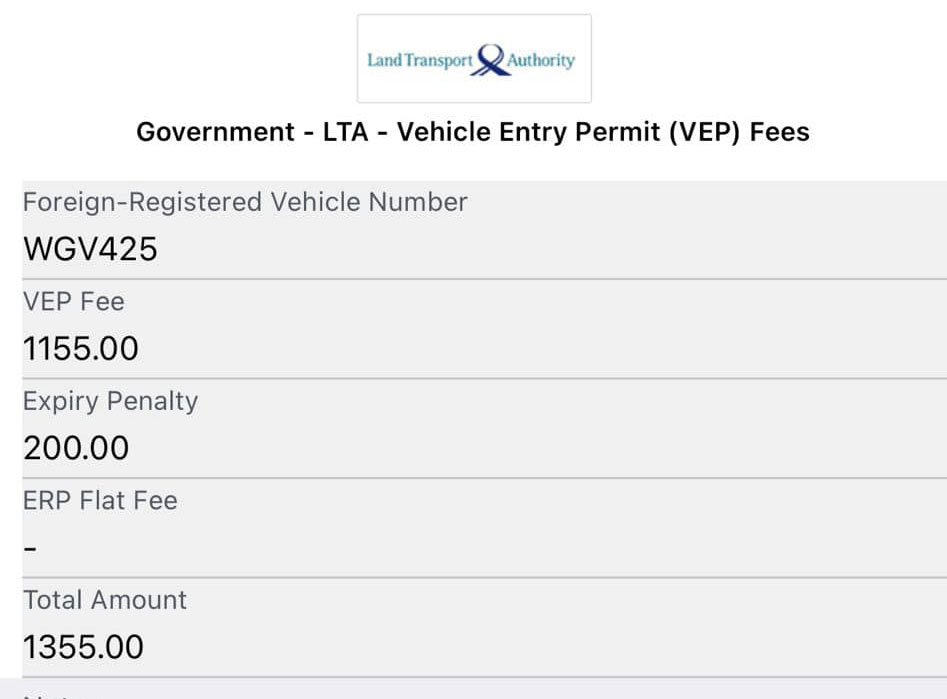 The total amount due to the Singapore authorities was S$2,215.

The issue of foreign-registered vehicles flouting traffic rules in Singapore and chalking up fines that go unpaid for extended periods of time has been a sticking point, so much so some online platforms have been actively trawling publicly accessible databases to highlight these vehicles and the extent of the outstanding fines, while urging the authorities to take action.

The act of clamping the wheels of vehicles of errant motorists who have outstanding fines appears rare though.

In this instance it could be due to the warrant of arrest issued for the owner of the vehicle.

It ensures comprehensiveness of Singapore's vehicle population control policy -- that there is similar restrain to using foreign vehicles on Singapore’s roads as there is for Singapore vehicles, which are subject to the Certificate of Entitlement (COE) system and high vehicle taxes.