Long queues at Singapore Pools outlets have been spotted over the weekend and Monday (Jan. 10) as the Toto top prize is estimated to hit S$8.6 million.

There was no Group 1 winner for last Friday's (Jan. 7) draw, which had a prize of S$5 million. 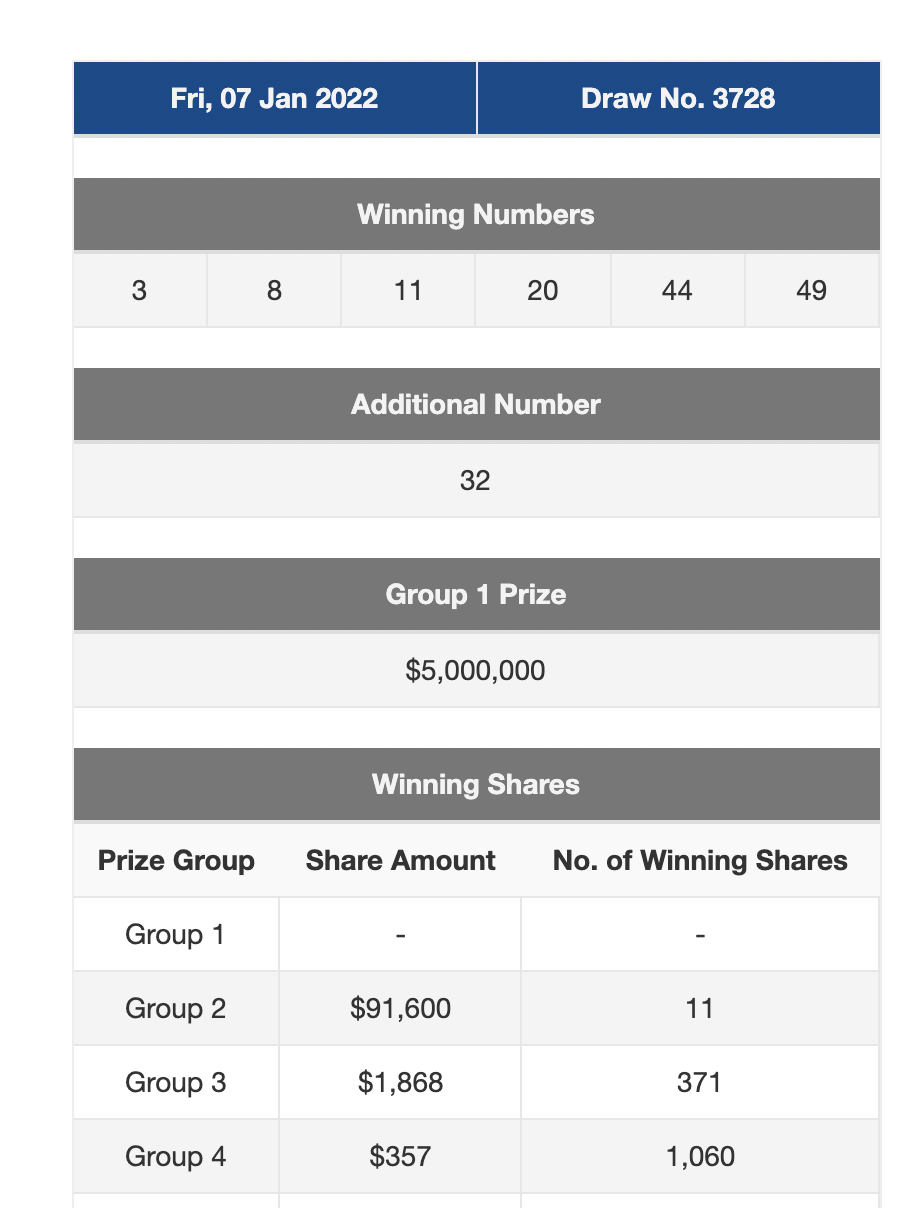 The top prize for the next draw has since snowballed to over S$8 million, prompted some extra long queues all over the island as punters hoped to strike it big.

The draw will be taking place later today (Jan. 10).

Queues all over Singapore today

Tampines Mall at around 1:30pm, with an estimated 50 people in the queue:

A queue at an outlet near Boon Keng MRT, which snaked along the sheltered walkway:

A queue that looped around a NTUC FairPrice at Bishan St. 13 around 2:30pm:

Some queues were seen during the weekend as well.

A photo of a queue at Chong Pang was shared to Facebook on Sunday:

Shin Min Daily News also reported a long queue of around 50 people in line at the basement of Yishun Northpoint City on Sunday (Jan. 9).

Singapore Pools reminded members of the public to observe safe management measures, such as wearing masks and keeping a safe distance, and to refrain from visiting the outlets when it is crowded, Shin Min reported.

At another NTUC FairPrice outlet during the weekend: