From Jan. 10 to 23, 2022, each Singapore resident can collect a free MaskPure™ AIR+ reusable mask from Temasek Foundation at any #StayMasked vending machine islandwide.

While some residents were able to collect their masks with ease on the first day, others struggled to do so and were faced with a "Something went wrong" message on the machine screen.

According to a Mothership reader, he was unable to collect the mask from the vending machine outside Bishan East Zone '2' RC at Block 125 Bishan Street 12 at around 2pm on Jan. 10.

He had tried to scan his NRIC at least three times and encountered the following message on all occasions:

He shared that when he had phoned the hotline for assistance, he was informed that other machines were experiencing the same problems and was advised to try again the next day.

He noted that another person who tried to manually key in his NRIC number on the touch screen instead of scanning his NRIC also encountered the same error message and failed to procure the mask.

He returned to the same machine again at 6:30pm on the same day and tried scanning his NRIC and manually keying in his NRIC number to no avail.

He eventually managed to collect it at Toa Payoh Community Centre.

He was not alone as others have left comments on Temasek Foundation's Facebook page on Jan. 10 about their inability to claim their masks.

The vending machines that appeared to have issues include those in Whampoa View RC at Block 93 Whampoa Drive, Block 158 Lorong 1 Toa Payoh, and Block 290B Bukit Batok Street 24. 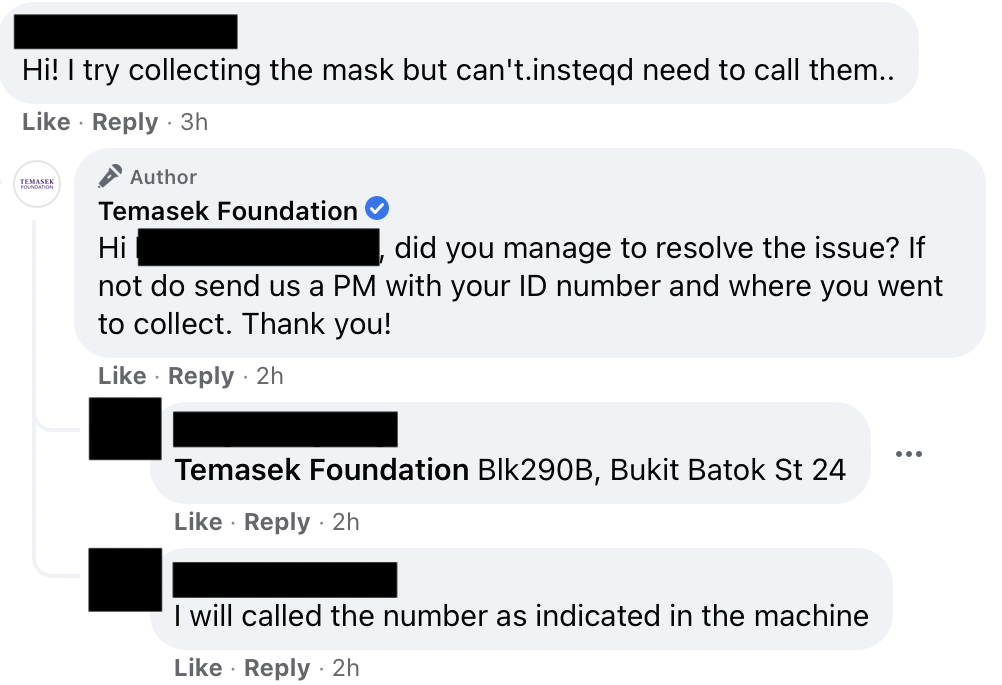 However, a few people managed to claim their mask after trying a few times. 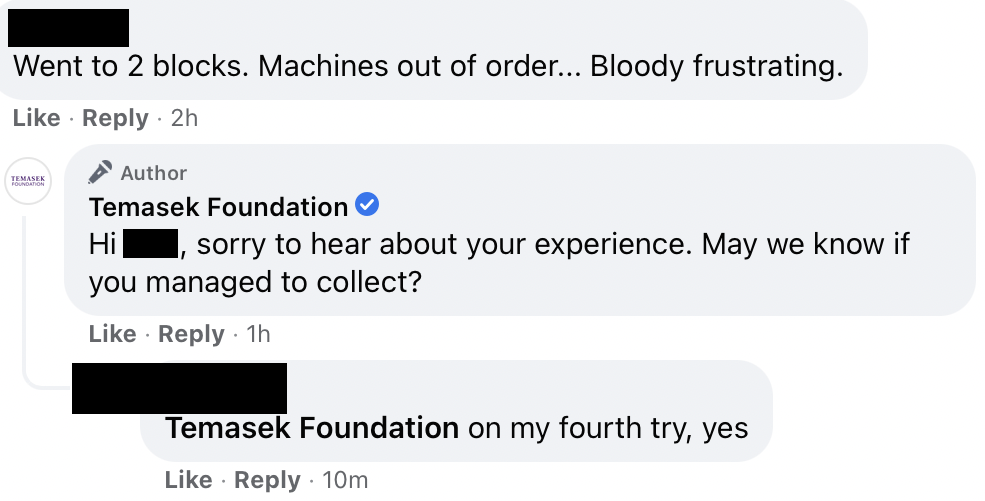 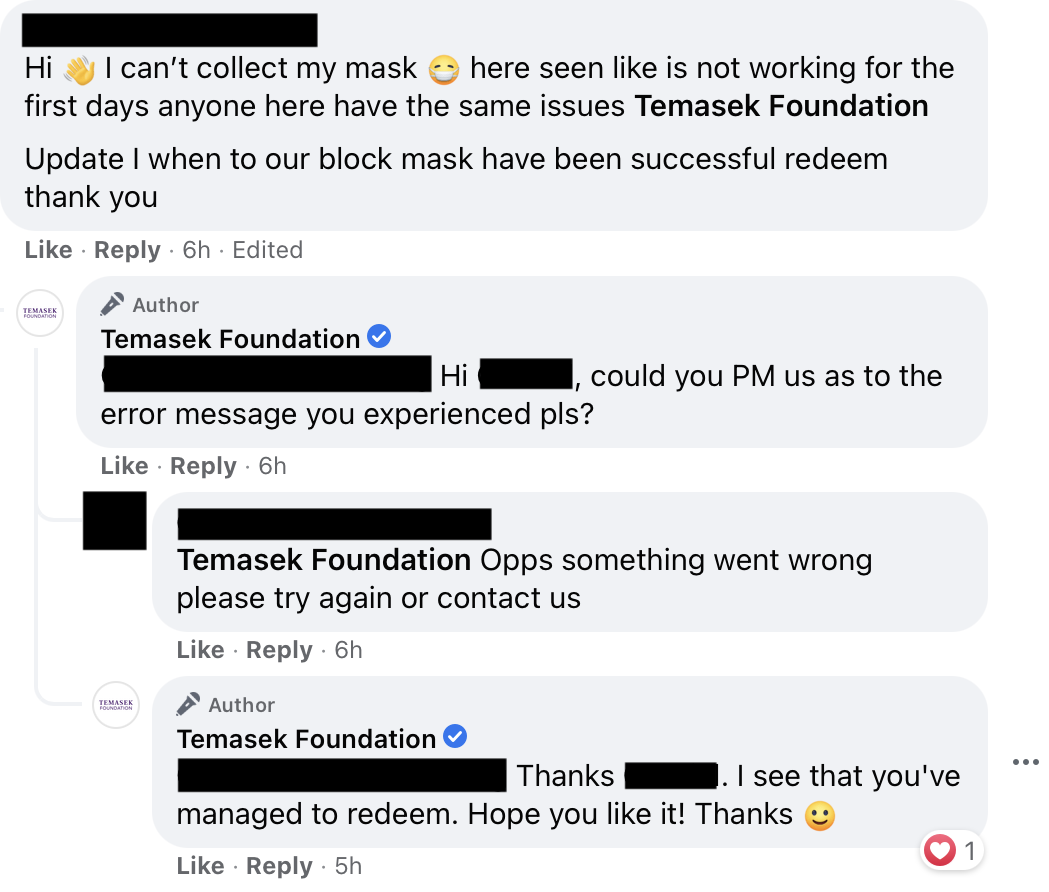 Someone also suggested manually keying in the NRIC number instead of scanning the NRIC as a possible way to circumvent the error message. Try another machine or come back next day

In response to Mothership's queries, Temasek Foundation said it is aware of the feedback about "a few machines that seemed faulty".

"In most of these cases, the machines were not faulty, but instead the mask was dropped to the side or back of the collection drawer behind the flap. It may not be immediately visible to the person collecting, so we suggest that residents lift the flap and look into the drawer."

They added that their technical crew is also actively monitoring the situation.

Temasek Foundation encourages those who encounter difficulties in collecting the free masks to visit another vending machine or go back the next day.

Residents who require assistance or explanation can also approach their nearest CC where a team on the ground can provide support or contact Temasek Foundation through their official channels.

Smooth collection for others

However, not everyone faced such difficulties when claiming their masks.

Many others have managed to successfully collect their masks from the vending machines scattered islandwide, including Hougang Community Centre, between blocks 319 and 320 Sembawang Close, and Yishun bus interchange.