An elderly man in Chong Pang, Yishun was seen seated at the pedestrian crossing by the road by himself.

It subsequently transpired that he was waiting to board a taxi as he cannot walk.

A video of the incident has been circulating online and put up on Facebook on Jan. 13.

Had wooden board with wheels with him

The elderly man had a wooden board beside him, which he apparently uses to get around.

The wooden board has wheels attached underneath it. 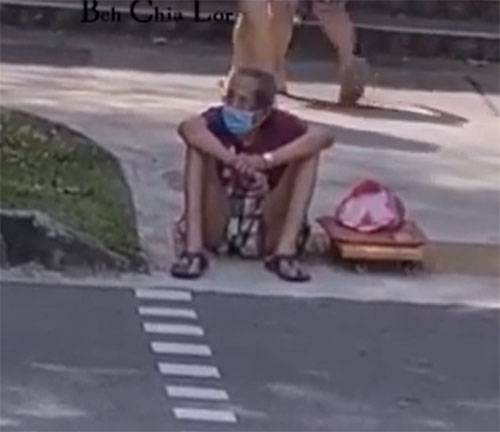 Following the scene of the elderly man seated on the ground as seen from across the road, the video cut to the next scene of him trying to get onto a taxi.

As he could only move along the ground by using his hands to drag himself, his actions caught the attention of passers-by. 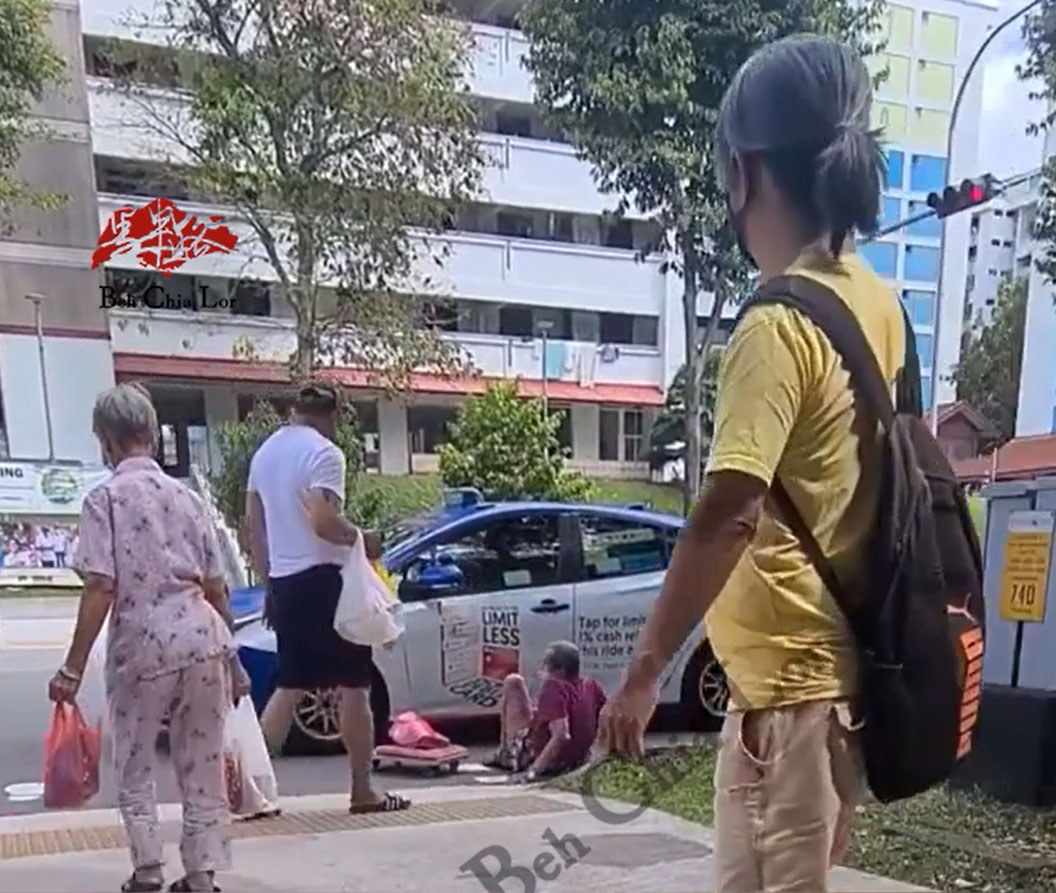 Within seconds, at least two men stepped forward to hoist the elderly man off the ground and put his belongings into the backseat of the taxi. 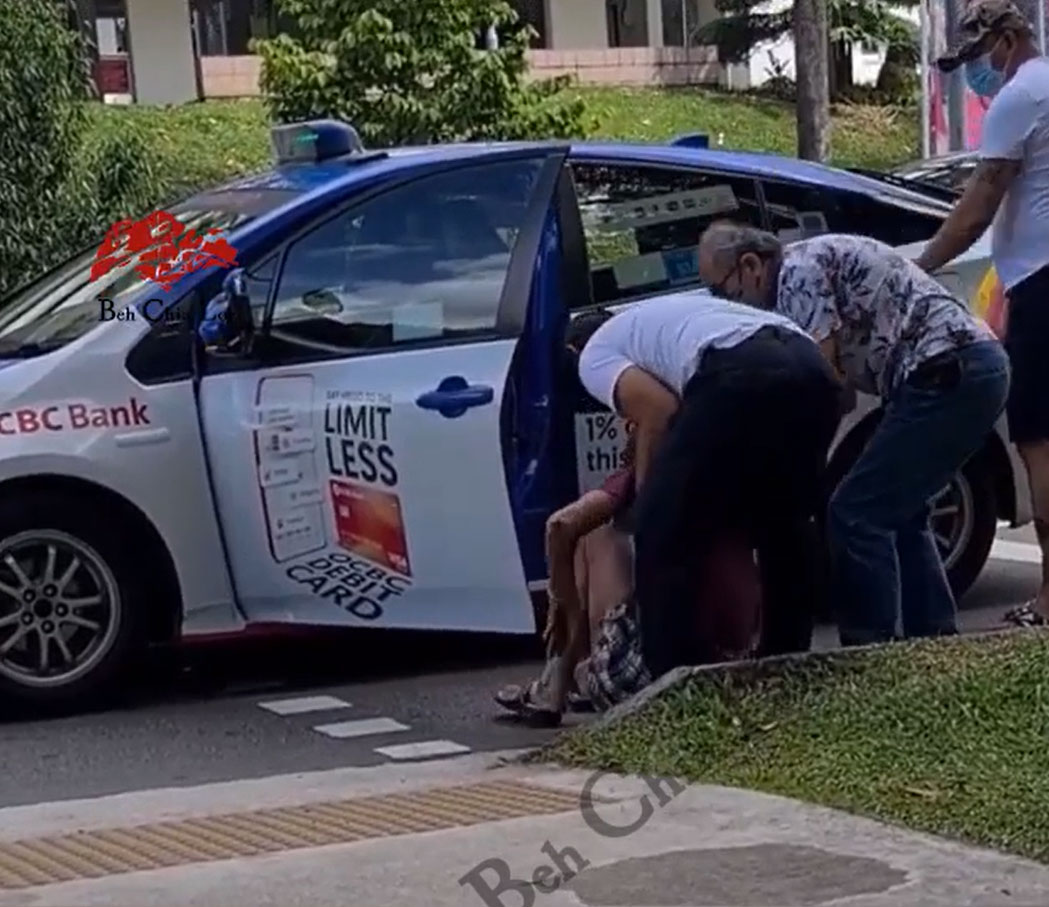 The taxi driver also got off the vehicle to lend a hand.

He helped to adjust the elderly man's legs in the front seat.

The video then showed the cab moving off after waiting for the traffic lights to turn green.

The caption of the video said: "Big thank you to the passers-by who helped him, and the taxi driver who took him. Please share this and hopefully someone who recognises the uncle can get him the much-needed help he needs."