Age: Between the ages of 59 and 86. All of them, except for an unvaccinated case, had various underlying medical conditions.

Unstable and under close monitoring in the ICU: 16

Critically ill and intubated in the ICU: 61 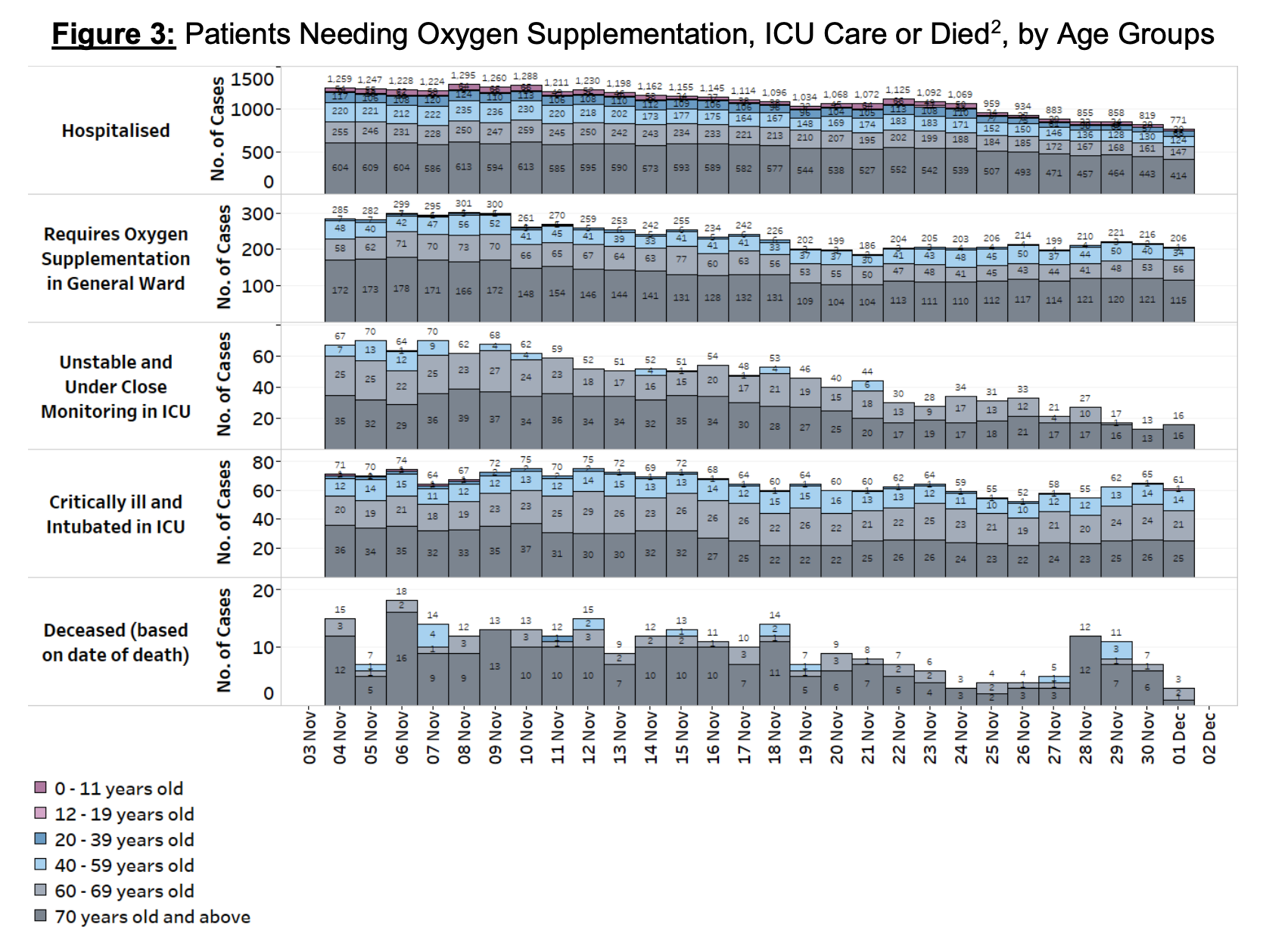 MOH stated on Nov. 30 that it had updated Singapore's overall population numbers due to outflows of migrants and deaths, which meant that the total population slightly decreased.

This therefore has an effect on the vaccination coverage percentages.

Received at least one dose: 87 per cent