Singapore is literally carving out spaces around the island and gazetting them as car-lite precincts connected to highly accessible public transport options, as well as cycling networks.

This is part of the country's long-term pivot away from cars as the preferred mode of transportation favoured by those who can afford to drive.

To give an idea as to how the concept will pan out in the long-run when it comes to fruition eventually, the Urban Redevelopment Authority on Nov. 15 put up five artists' renderings of car-lite precincts in Bayshore, Kampong Bugis, Jurong Lake District, Punggol Digital District, and Woodlands Central.

All five areas have been gazetted as car-lite precincts that will develop amenities that make it easier to cycle than drive around them.

URA wrote in its post: "These areas have been gazetted for development as car-lite precincts! Wondering what that means? 🤔"

The description that followed is definitely music to the ears of public transport users and cyclists, but less so for motorists who own vehicles, as URA said car-lite precincts will "feature strong connectivity to public transport, a more comprehensive walking and cycling network, and generally lower provision of car parking spaces".

URA added: "Going car-lite benefits our city in many ways, including making our environment more liveable and sustainable, and providing more space on the streets for people to enjoy."

The photos of artists' renderings of the different precincts were accompanied by brief descriptions of what to expect. "Bayshore will be a 60-hectare precinct located next to East Coast Park, where residents will be able to use dedicated cycling paths to access MRT stations in the vicinity."

"A 1km Bayshore Street will anchor the precinct and feature wider pavements for a more pleasant walking and cycling experience." 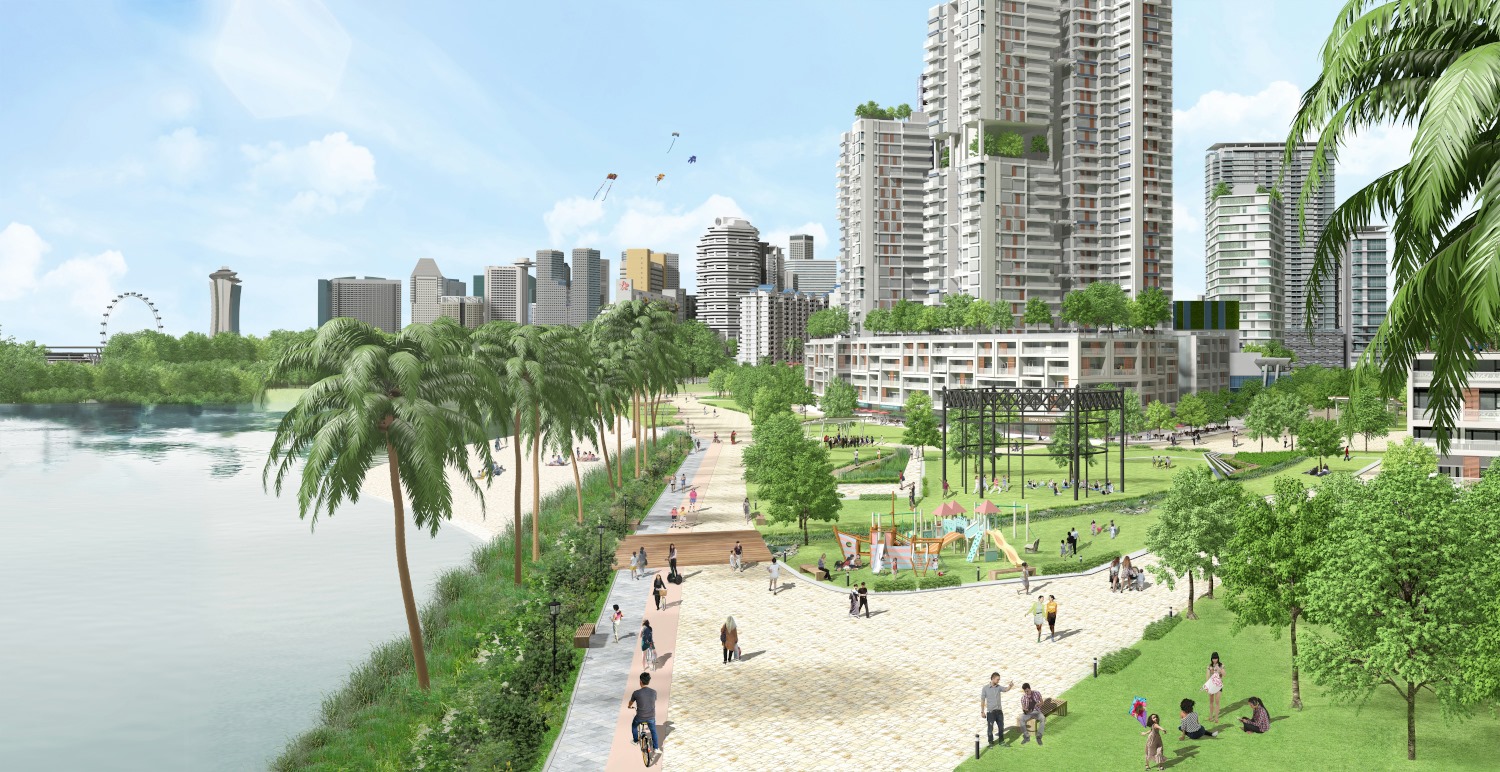 "Kampong Bugis is designed for residents and families who primarily use public transport and other modes of active mobility, and is conveniently located within walking distance to three MRT stations. Residents of Kampong Bugis will also be able to cycle to the city in around 15 minutes." "Today, the Jurong Lake District already boasts J-Walk, an elevated pedestrian network that allows for a comfortable walk between buildings, transit stations and public spaces in the district."

"In the future, new roads in the district will be planned with dedicated cycling paths or be designed as Transit Priority Corridors that will be accessible only to buses, bicycles, and pedestrians." 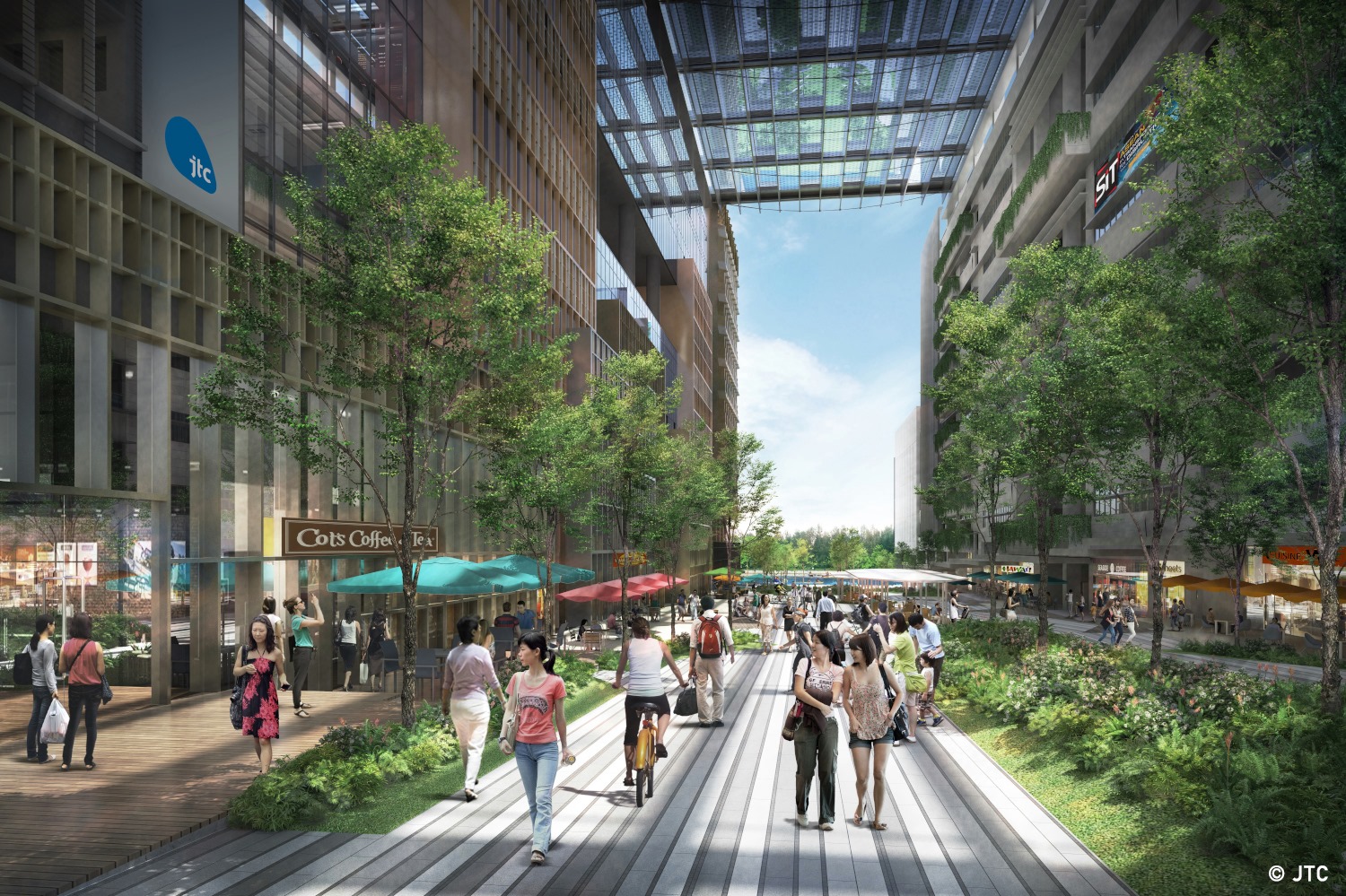 "The Punggol Digital District, located in Punggol North, will be home to the digital economy and academia."

"One of its key features, the Campus Boulevard, will be an 800m pedestrianised street designed for walking and cycling that will be integrated with developments within the district. The area will also be served by the upcoming Punggol Coast Station on the North East Line, which will help cut travelling time to and from the city by up to 15 minutes per trip." 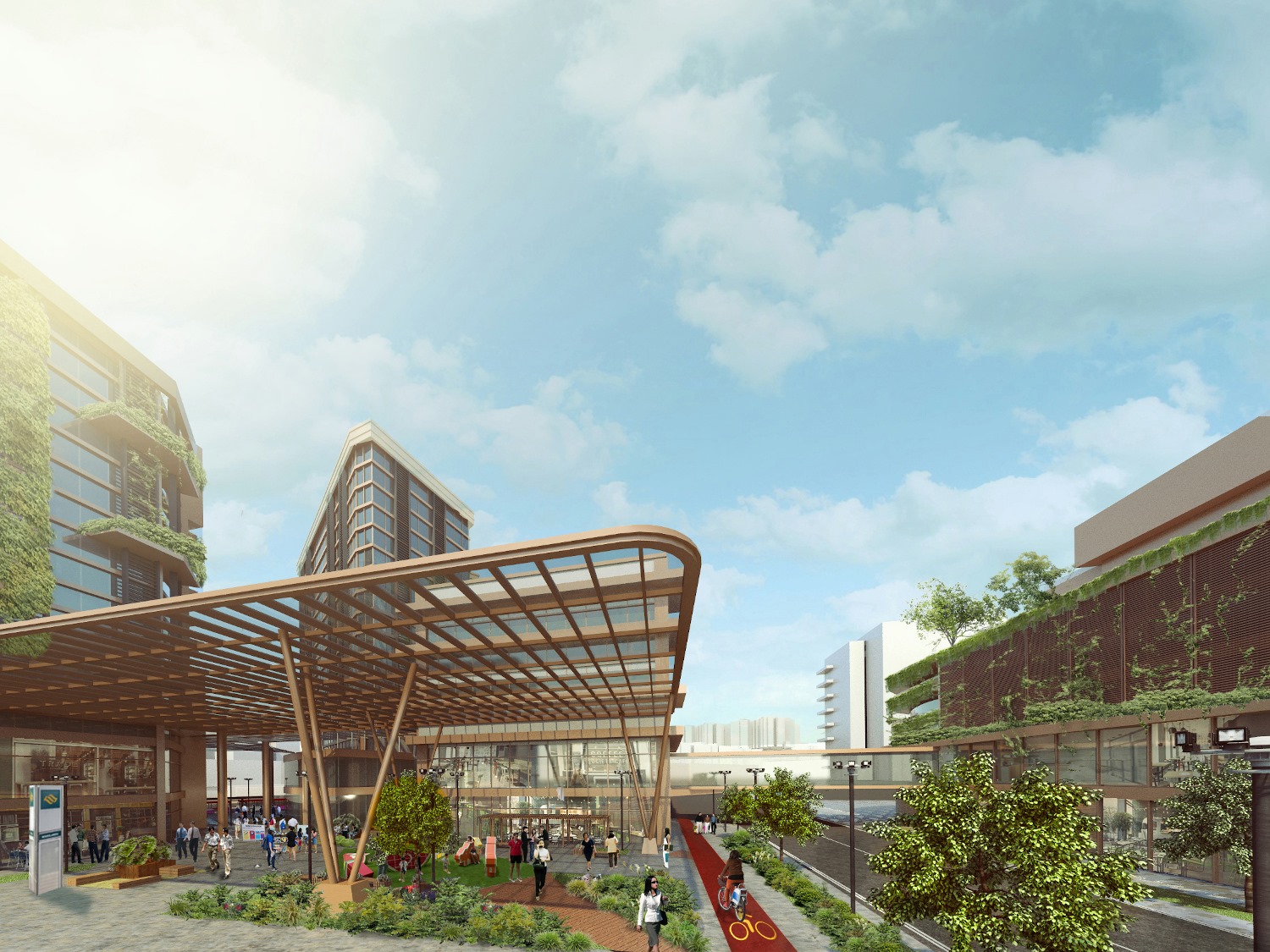 "Woodlands Central is now the junction of the North-South and Thomson-East Coast Lines, and is envisioned as a regional business hub that brings offices and retail developments close to homes."

"There will be new public plazas and cycling paths, such as at the future mixed-use development at Woodlands Avenue 2 that will see homes, offices and retail stores seamlessly connected to the MRT station."

A 63-page report on creating a car-lite, liveable city with a slew of mobility options can be found here.

All photos via URA