A full-time national serviceman has literally single-handedly raised the bar for other Singaporean Sons who are fulfilling their obligation to the country.

Corporal Tan Kok Yew, 21, who is an amputee, owing to a childhood infection, chose to serve National Service despite being exempted from doing so.

His story was recently published in Pioneer, a publication of the Ministry of Defence.

Tan lost his right arm to an infection when he was just three years old, Pioneer wrote. 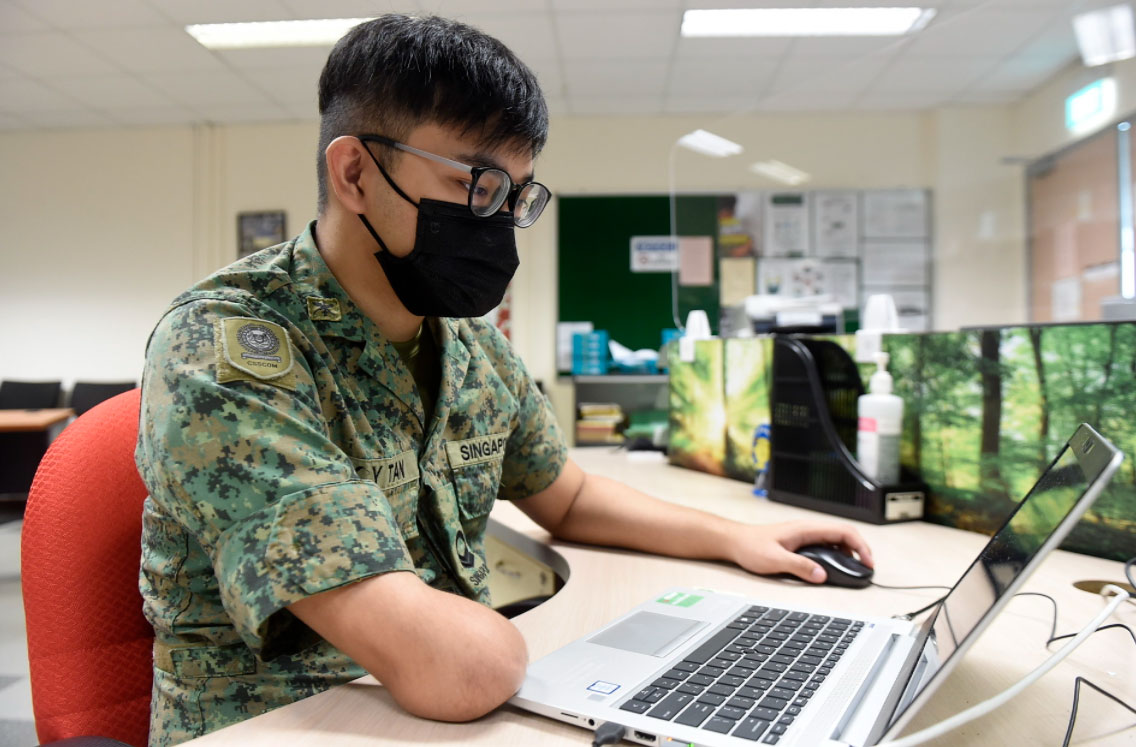 Recounting the life-altering incident, he said he does not remember much about his medical condition, except that he had a wound that would not heal.

He only knows that his parents had to make the difficult decision to amputate his arm in order to save his life.

Did not diminish his zest for life

But being an amputee did not stop Tan.

He taught himself how to serve with one hand and managed to play badminton in primary school.

In secondary school, he joined taekwondo as a co-curricular activity at first, but switched to the infocomm club after he decided the full-contact sport was not for him.

He also discovered a love for basketball in his teens and to the surprise of his schoolmates, he managed to play.

Tan told Pioneer: "People tend to be surprised when they first see me on the court. It's tough for me because you normally need two hands to play, but I just show them what I can do."

"I may only have one hand, but I can do what any normal person can do."

Wasn't easy growing up as an amputee

Despite him being able to do what others can, Tan had a difficult time in school as he was the target of bullies.

He recounted: "In primary school, students used to say things like, 'You can't do things with two hands, why even bother trying?'"

"It got worse in secondary school, where they would completely ignore me, even when I tried to talk to them."

He did not tell his parents about the bullying and kept them to himself.

Tan's enthusiasm to serve NS, despite being exempted, was not completely his own.

He was encouraged to do so by his family.

As the youngest out of three siblings, his parents were protective of him.

But they also wanted their son to share the same experience as his peers.

A major influence was Tan's father, who was a former national serviceman in the army.

Yet, the biggest push came from Tan's elder sister, Zann Tan, whom he is close to.

She wanted him to not feel left out later on in life as NS is a great leveller.

Tan said: "She told me it would be good for me to serve NS because when I come out to work, I will have something in common with my colleagues who are also national servicemen. Otherwise, I will be left out when they talk about their NS experiences."

Commended for his exemplary conduct as a soldier

After graduating from secondary school, Tan went on to study at ITE College Central, where he obtained his NITEC in Business Management.

But it was only during Basic Military Training (BMT), that he said he finally found trusted friends.

Tan revealed: "I was close to my bunkmates in BMT. When they heard about the bullying, they were angry on my behalf. They also told me that they respected me for choosing to serve when I could have been exempted."

Tan's conduct in NS has not gone unnoticed.

He has since received two commander's coins and an outstanding soldier award. 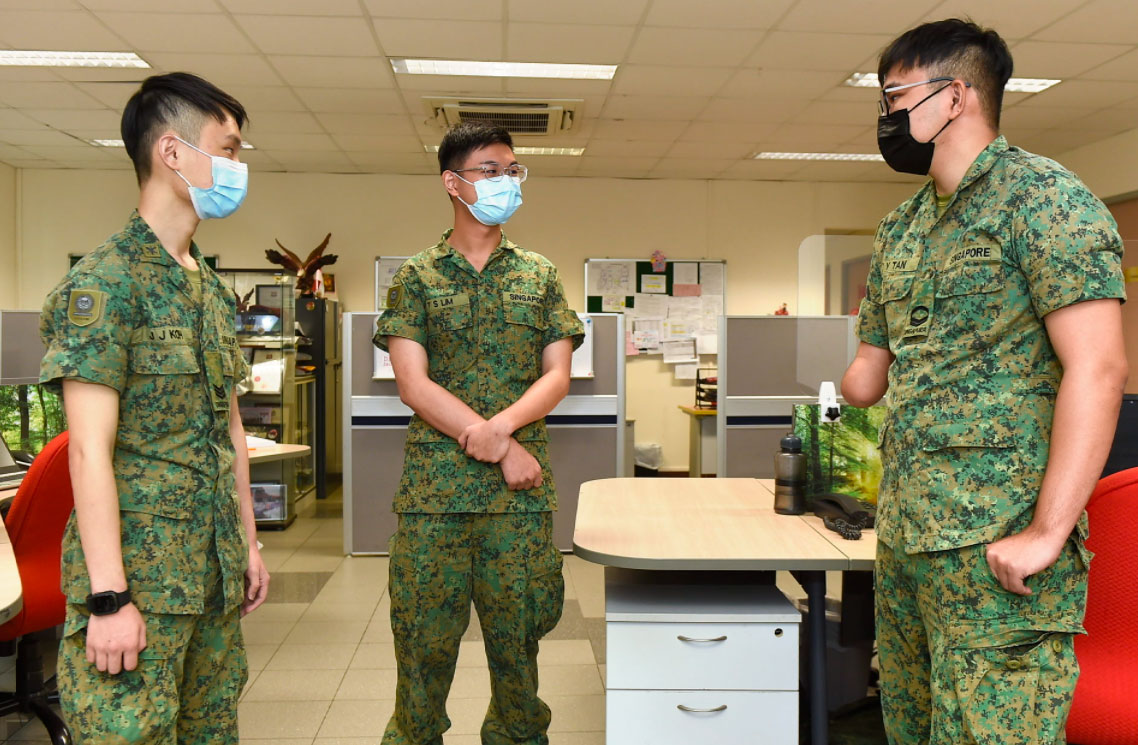 Tan works in the Army Logistics Training Institute (ALTI), where he is an Admin Support Assistant (ASA)

His administrative job in the Training Support Branch was fast-paced and saw him having to liaise with multiple units and vendors.

He helps to put up approval of requests for building safety and infrastructure in this role.

Despite being in a non-combat role, Tan would not have it any other way.

Tan told Pioneer: "I chose to serve NS because I wanted to experience what many people go through during their two-year journey. Knowing that this is part of every Singaporean son's life, I have never regretted my decision to serve the nation with pride and glory."

All photos via Pioneer