When Joanna Koh was deciding on her field of study for university which would likely determine her choice of career, she didn’t think it would be a contentious choice.

Koh, 41, was inspired by her older brother to pursue an engineering degree, but to her surprise, her aspiration was met with some resistance, especially from her parents.

“I just thought if my brother could do it, [then so can I]. To me, it was a very natural progression that I would pursue engineering,” said Koh, who took double math and science at Victoria Junior College.

However, her mum was against her child pursuing what she deemed to be a “male-oriented” career.

“My parents belong to the older generation, so they believe girls should not be in engineering, they should be studying business, so my mum tried to talk me out of it.”

Adamant, Koh went ahead with her application anyway.

And when she got the acceptance letter for the computer engineering course at National University of Singapore (NUS), her mum finally relented.

“I kept telling her, ‘you know it's very difficult to get into computer engineering at NUS?’ And then she was like ‘okay, fine, anyway you already got in’.”

Attitudes towards women pursuing careers in Science, Technology, Engineering and Math (STEM) may have progressed since then, however, it is no secret the number of women in the industry still lags that of men.

Across the globe, there’s a known gender gap in the STEM field, perpetuated by the perception of subjects such as math and science to be more “masculine” in nature.

But in Singapore, more women have attempted to push through and break that stereotype in recent years.

Statistics released in February 2021 by the Ministry of Education show that there has been an increase in the proportion of women pursuing STEM degrees.

However, it seems they don’t always stay in their chosen field.

A subsequent report in The Straits Times stated that only 58 per cent of women who graduated with STEM degrees go on to carve out their careers in the field.

In comparison, 70 per cent of men take on related jobs after graduation.

Based on the result of the study done by the Nanyang Technological University, a lack of a sense of belonging was one of the reasons reported by some women who chose not to stay on in the industry.

Koh, who has close to 20 years of experience in the field, leads Strategic Programs for the Singapore Development Centre.

They are a team of technologists that are collaborating on solutions that serve the company’s more than 400 million consumers and merchants worldwide.

Along with Amelia Leow, 21, who’s currently interning as a Product Analyst at PayPal, the pair helped us to debunk some of the myths of the tech industry and of women in STEM.

Myth #1: You must be good at math or science, or love to code

One of the myths, of course, is that being in STEM means you have to excel in either science or math, or both.

While both Koh and Leow admit to being math-inclined, it wasn’t what drew them into the field.

Another common misconception is that being in the tech industry automatically means that you’re a computer programmer, when in fact, there are many more roles in the industry.

“Being in tech doesn’t necessarily just mean you’re a hardcore software developer,” said Koh, who gave the role of project manager as one example.

Leow, a student majoring in Business Analytics at the National University of Singapore, was drawn to data analytics simply due to the “storytelling aspect of it”.

She describes herself as someone who “always liked math”, but also loved to write. “While it helps to have a good foundation in math, it’s not a showstopper [for stepping into the industry],” emphasised Koh.

“More importantly, one needs to have that passion for the industry. If you do, you’ll be able to overcome a lot of obstacles,” she added.

For Koh, her confidence in her choice of career was bolstered later on in university when she built her first computer from scratch.

“Figuring out how things work was something that I was interested in. Having a part to play in putting things together and seeing how they function and operate, it gave me a huge sense of achievement,” said Koh of that realisation.

Myth #2: The tech industry is boring and so are the people who work in it

At the risk of being rude, we dived into how the STEM industry is often perceived as being boring, and the people who work there being equally dull types.

For one, both Koh and Leow unanimously debunk the misconception that people in STEM fields lack creativity.

Offered Leow: “I find that a lot of times [in the job], the solution that you develop has to be outside of the box, because you have quite a lot of limitations, and that inevitably forces you to be creative.”

And with diversity being the hallmark of big organisations such as PayPal, life is certainly not boring, and neither are the people — both men and women from various backgrounds. 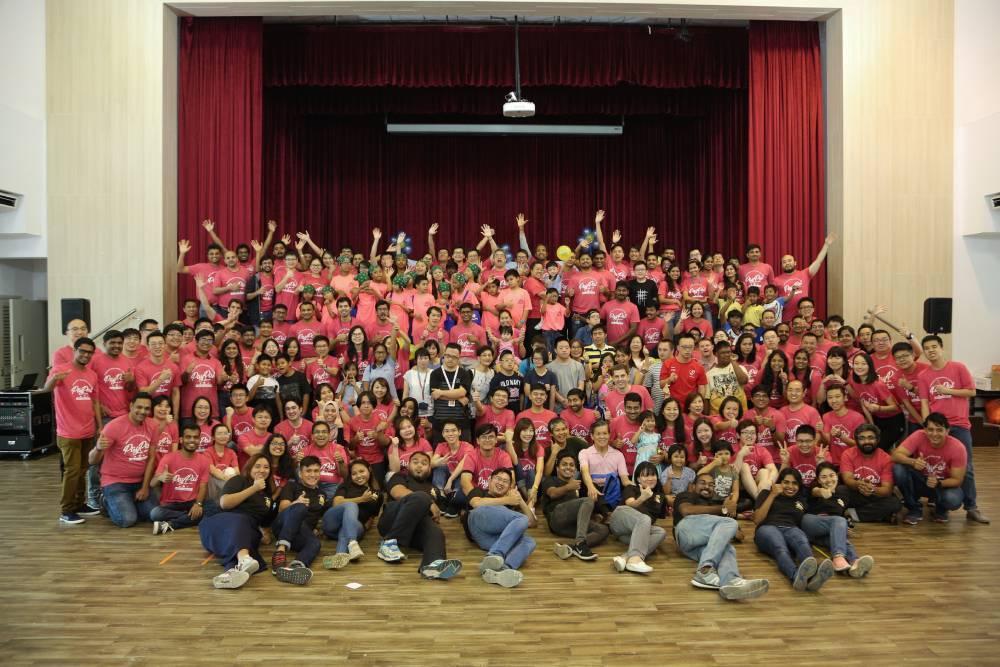 While Koh maintained that women shouldn’t be seen as different from anybody else, “we do bring about different perspectives and solutions to each situation,” shared Koh.

“It could be women being a bit more perceptive in the way they approach problems or approach people”.

“And it’s diversity like this that actually brings about greater creativity,” she added.

“Working with a diverse group of people actually presents more opportunities to learn about others,” said Leow.

She shared how a colleague had once told her, “‘Oh forgive me, I’m very straightforward’, but being straightforward was something that she really appreciated. But I realised that some people might see it as being a bit brash.”

And what about the assumption that people in tech are dull? “Far from it,” affirms Koh. “We are not all geeks,” joked Koh, adding, “we are quite well-rounded I think.”

Both employees will have you know that outside of work, their hobbies and interests lie very much in the creative field.

Leow for one, loves baking and vlogs from time to time, editing videos for her YouTube channel.

And while being a parent to a four-year-old leaves Koh little time for many hobbies, she has a love for music and enjoys playing the piano, a skill that she’s encouraging her daughter to pick up as well. 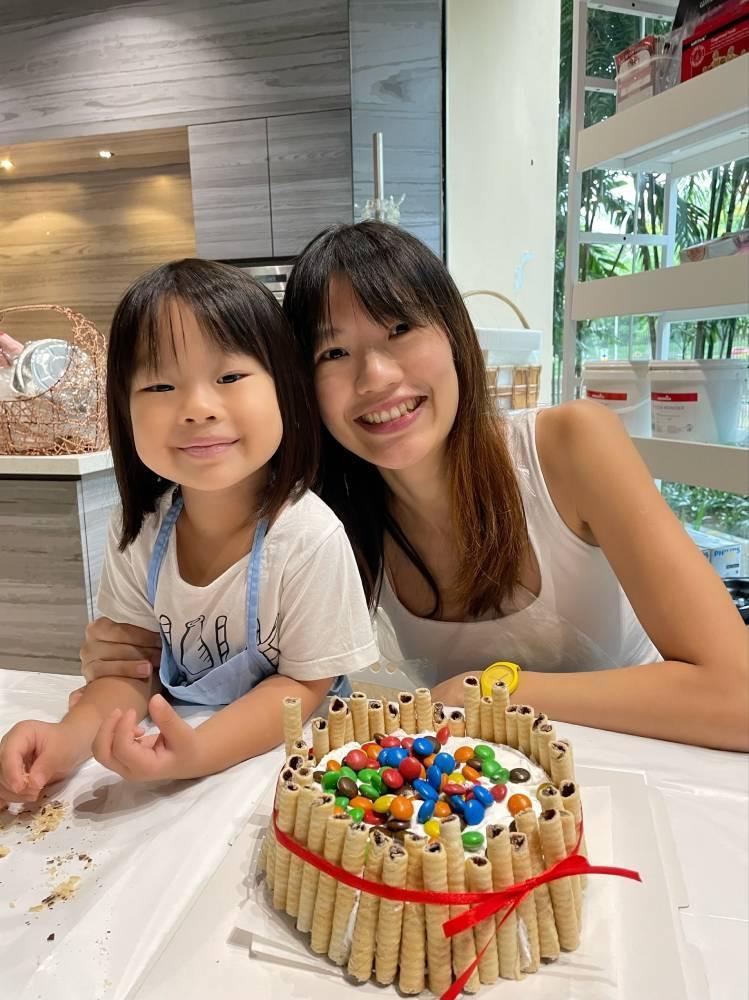 One may be surprised to learn that Koh’s artistic bent extends to dabbling in graphic design, and the foodie also relishes trying out new recipes.

We’ve even heard a colleague of Koh’s vouch for her homemade Milo ice cream.

Koh is glad that both her artistic and scientific natures are well-supported in her job.

“My systematic, problem-solving abilities shaped by my engineering background serve me well when I apply it to my project management work. But with my diverse portfolio, I’ve also been given the flexibility to engage in some creative work, for example in graphic design and writing, and that’s where the artistic side of me comes in handy.”

Myth #3: It’s harder for women to succeed in a male-dominated tech industry

With the gender ratio in the tech industry overwhelmingly skewed towards men, has that led to a bias for or against women?

For Koh, an unpleasant experience early on in her career made her doubt her own capability.

She said: “There was always a need for a second opinion [with this person]."

“Like if I was presenting something, instead of clarifying with me or taking my word for it, there was always a need to validate what I said with a male colleague,” Koh explained.

“So it certainly made me a little doubtful of my abilities back then.”

But both acknowledge that “there’s more support for women in the workplace these days, and for Leow, “there are more [female] role models out there”.

Developing next generation of female leaders

With many tech companies being forward-thinking workplaces, Koh says these organisations have “stepped up their game with programmes that develop their next generation of female leaders”.

Koh herself is involved in curating talent programmes for PayPal’s technologists and has also personally benefited from the company’s Women Luminaries Programme.

The programme, launched in 2019, serves to empower female students passionate about technology to pursue a career in the field and has introduced the tech veteran to fresh perspectives offered by the programme’s interns.

Leow, who is a recipient of a scholarship under the programme, shared how the experience has helped her to gain a deeper understanding of not just the job, but also the people behind it.

“It’s not just an internship, but you get to talk to different people from senior management to people that you work with. It’s not every day that within such a big organisation, you can talk to people who have much more experience than you and are also friendly,” said Leow.

And “being from the other side of things now”, Koh is glad that it has helped her connect better with the younger generation and understand some of the ways in which women can be encouraged to consider a career in technology.

“It is a very fulfilling role that I have, that I am able to understand how PayPal is able to help these young ladies who embark on a career in technology.”

‘Don’t let anything stop you’

With their different levels of experience, we asked both Koh and Leow what they would say to women who are looking to join the tech industry.

“If you have the desire and the ambition to become a female technologist, you should not let anything stop you,” said Koh, who added the reaction these days to women who are in tech is usually that of curiosity and respect.

Leow agreed, adding “Don’t be too hung up or insecure about the fact that you might not be the best at math or other STEM subjects, I think as long as you have an interest, there will definitely be a role or a field in tech that will interest you.”

Said Koh: “There are a lot of opportunities out there, you just have to go with your heart and seize it.”

This article is sponsored by PayPal.