An otter pup, which appeared to be unable to move its hind legs, has been spotted by various members of the public who crossed paths with it and have expressed concerns about the wild animal's welfare.

A post put up on the Singapore Wildlife Sightings Facebook group highlighted the otter pup's physical condition and expressed concern about its survivability in the wild.

The post said the otter was spotted at Marina Bay near Red Dot Museum with what appeared to be a broken leg.

Dragging around its hind legs

The video showed the otter pup dragging its limp hind legs behind him, even though it was still able to move and keep up with the rest of the family.

A photo posted also showed the otter pup feeding on fish, suggesting that its lack of mobility in its two legs was not hampering its welfare for now. 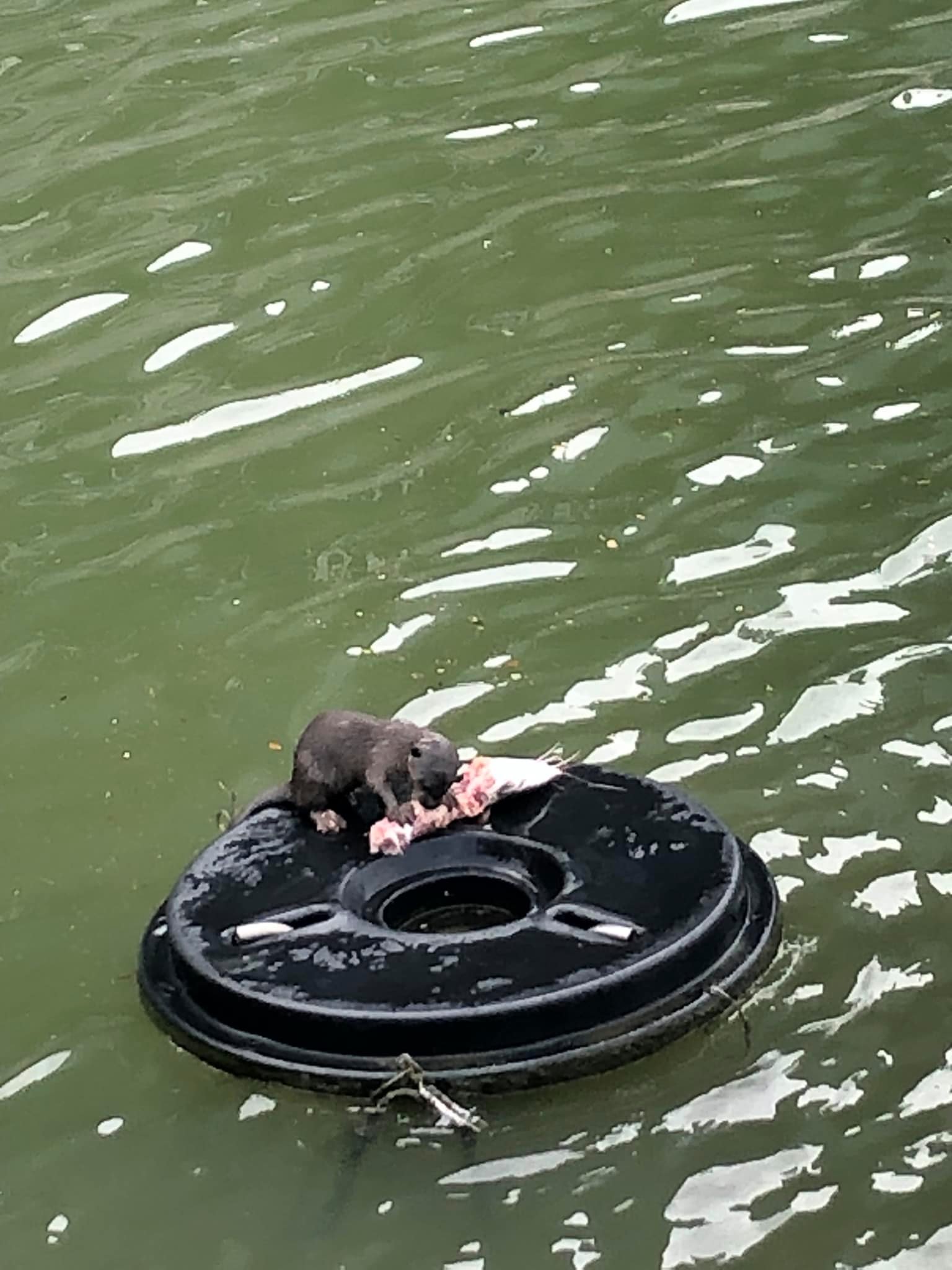 The woman who put up the post said she has informed Acres (Animal Concerns Research & Education Society) and OtterWatch, a community that monitors otters in Singapore.

Both groups said they are aware of the otter pup's situation and can only monitor for now.

Another video of otter pup

A video put up by another woman in response to the post showed a close-up shot of the otter pup.

It showed more clearly that the otter appeared paralysed from the waist down as both its hind legs were not mobile.

It was, however, able to move with its two front legs.

The otter pup could also be heard squeaking, suggesting it was still vocal and agile enough to keep up with the rest of its family.

Contrary to popular belief, the otter population is not increasing at an alarming rate in Singapore owing to deaths and injuries, which keeps their total numbers in flux.

Adult otters succumb to an assortment of life-threatening conditions, including injuries sustained during fights or encounters with predators, while juvenile otters can sometimes be cut off from the rest of the pack, which reduces their ability to survive.