On Nov. 16, officers from the Bukit Timah NPC found a lost dog.

The dog, which looks like a white terrier, was spotted around the vicinity of Coronation Plaza.

The officers brought it back to the neighbourhood police centre.

Two photos from the dog's time in the station were uploaded to the Facebook page of Bukit Timah NPC. 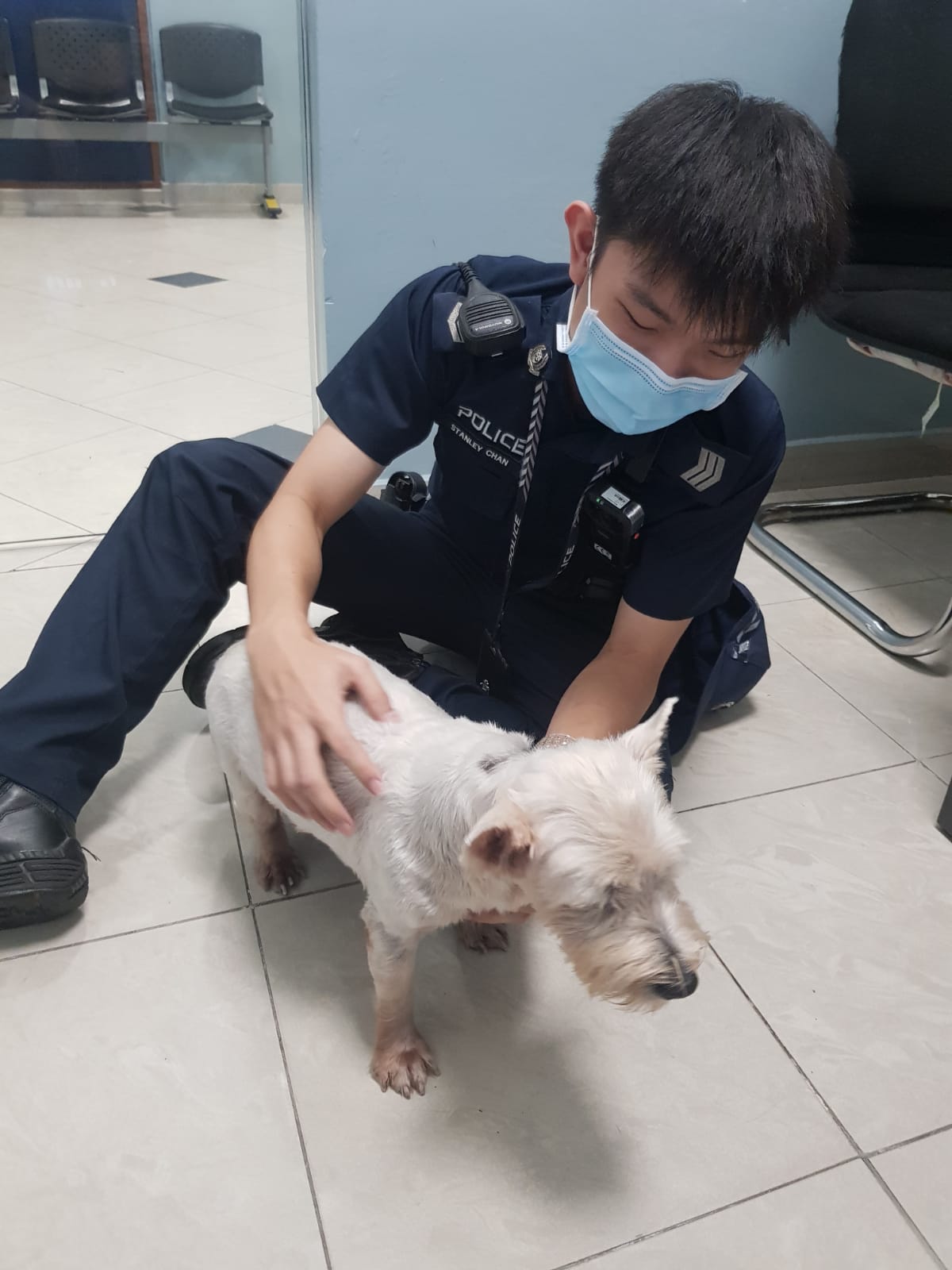 One of them features the dog sitting in a corner of a room, looking pensively at the camera. National Parks Board (NParks) then took over custody of the dog in hope of reuniting the canine with its owner.

One Fazreen Irhamuddin shared in the comments section that the dog has since been reunited with the owner.