Christmas has always been my favourite holiday. I love the cosy holiday vibes, festive lights and decorations adorned everywhere, and jolly tunes blasting in every store.

To give you an idea of how pumped I get around Christmas time, last year I put up my Christmas tree and blasted exclusively Christmas music in my house starting mid-November, and refused to take down the tree or stop listening to Christmas music until mid-January.

So, when I was asked to host an early Christmas party for me and some friends (keeping within the two pax restrictions at the time, of course), sponsored by Giant, I was psyched.

Shopping for the party at Giant Hypermarket

First up, there were preparations to be made.

My boyfriend and I headed over to Giant Hypermarket in Tampines to buy everything we would need for the perfect Christmas party. 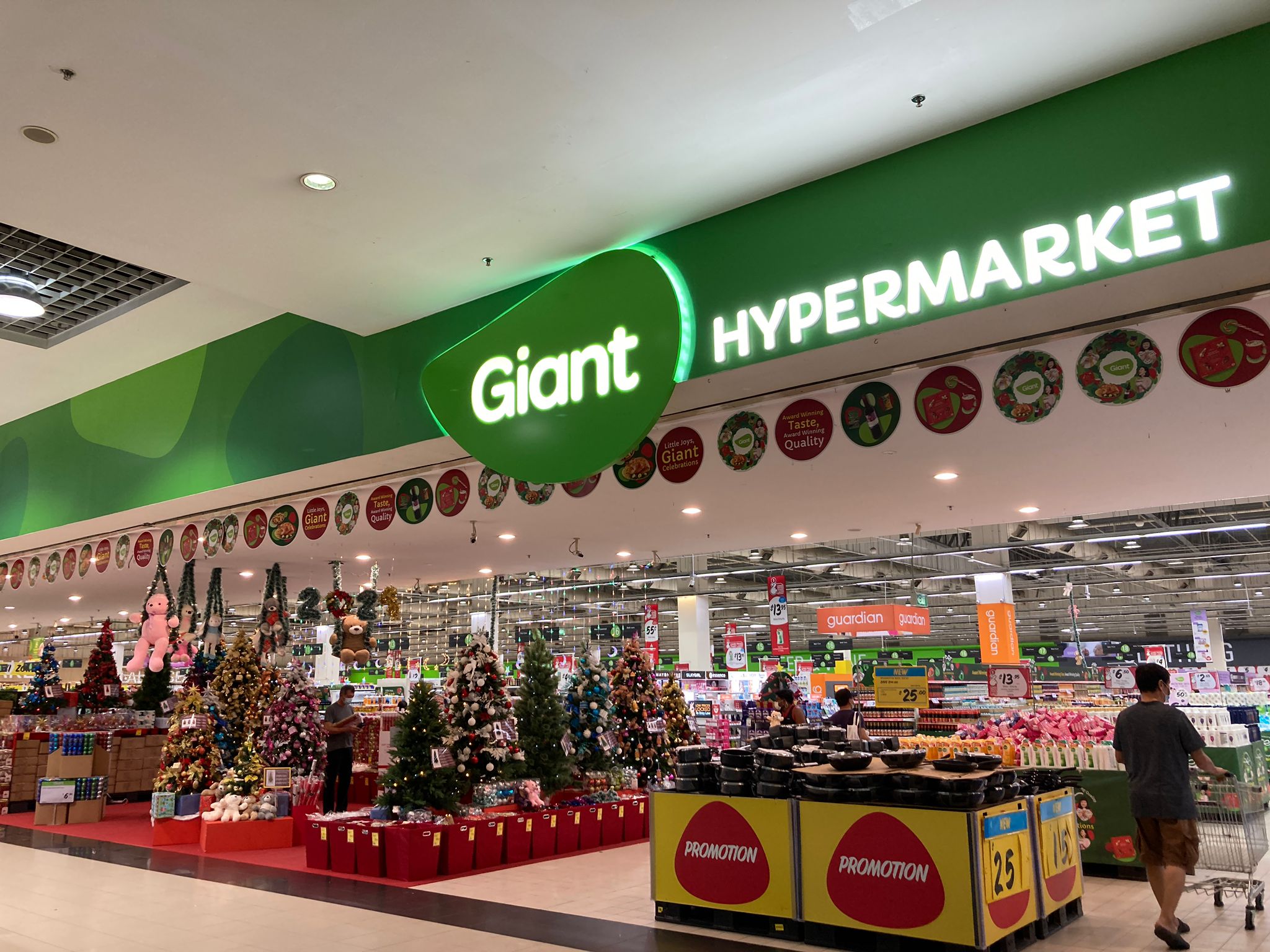 To start off, we picked out some decorations to put up around the house to create the festive vibes. 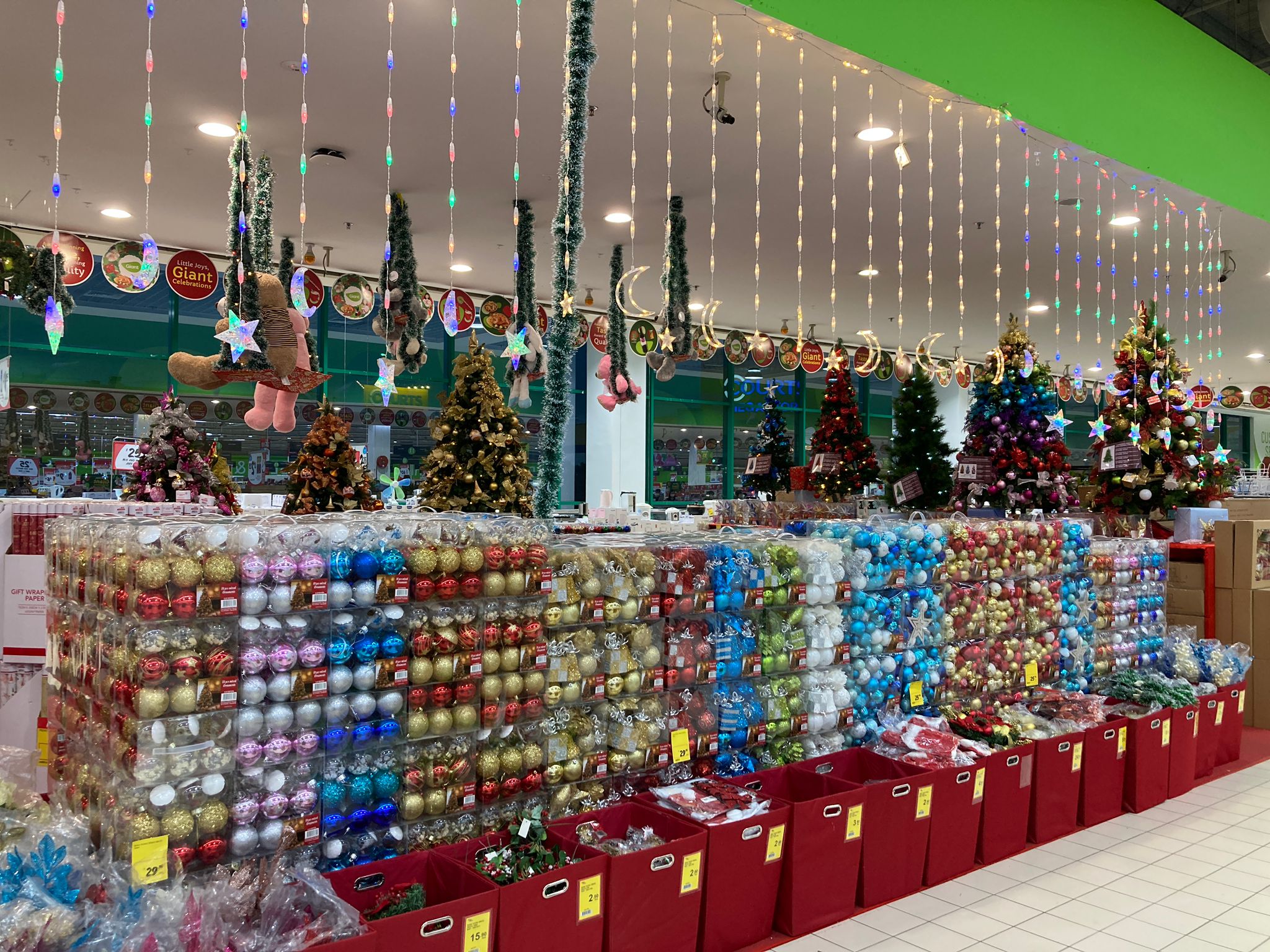 While picking out about S$25 worth of decorations, a dazzling array of beauty and deliciousness caught our eyes: the Ferrero Rocher display set up right beside the Christmas decorations. 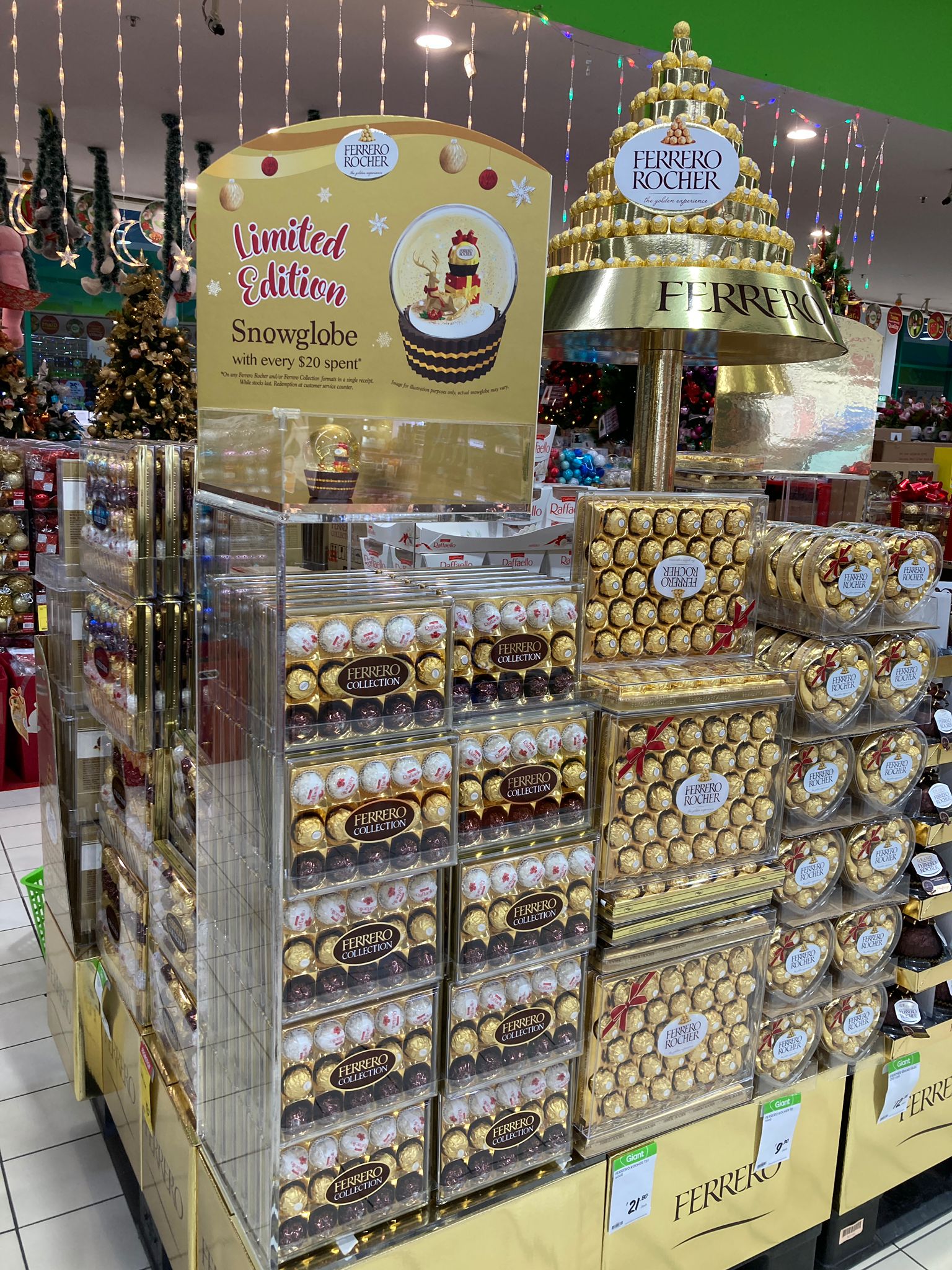 Now, this wasn’t originally on our shopping list, but growing up, Ferrero Rocher was always a staple treat around Christmas time in my house, so I couldn’t resist adding a box to our cart.

We were also very inspired by the special promotion going on: every S$20 spent on Ferrero Rocher products comes with a limited-edition snow globe shaped like a Ferrero Rocher chocolate — the perfect addition to our Christmas decor.

Now that we had decorations out of the way, it was time to get our food and snacks.

Clearly, we were very much set on the meat front.

We planned to make a nice side of roasted veggies to complement the sumptuous meat feast that awaited us, so we headed over to the produce section of Giant.

I picked out some potatoes, onions, sweet potatoes, and carrots — all from Giant’s Lower Prices That Last. 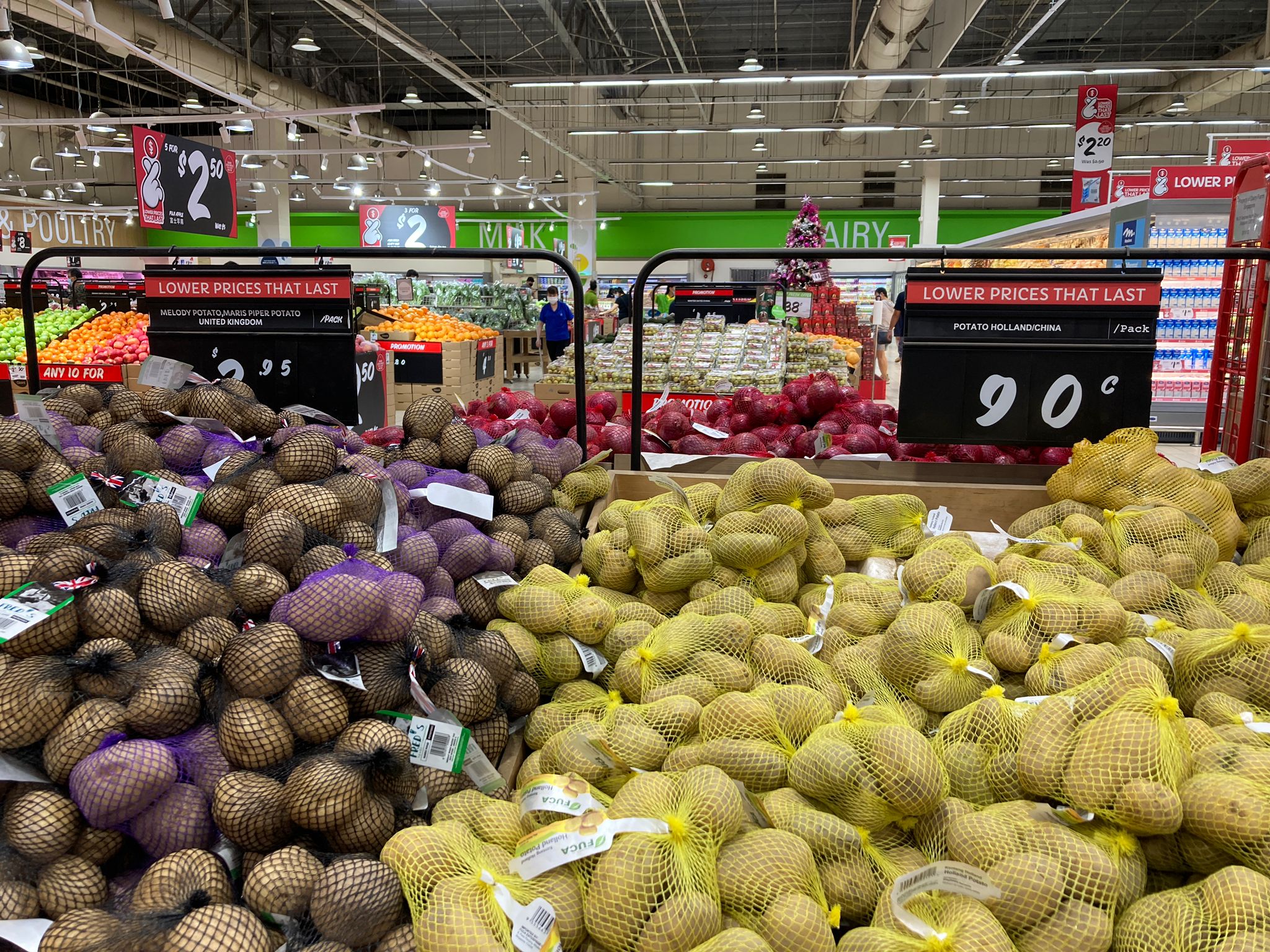 To be very honest, I don't often shop at Giant because I don’t live near any Giant stores, but I was so impressed by the prices of the produce, as compared to when I usually go grocery shopping, that I’ll definitely be considering finding the nearest Giant to me and visiting again in the future.

Finally, it was time to get the drinks and snacks for the night. We picked up some Fruit Tree juices from the Lower Prices That Last range (S$2.25 per pack, original price S$2.70), assorted Meadows chocolates, chips, and nuts (total about S$18), and some Red Peak Moscato (S$16, original price S$20.50).

There will be discounts on Red Peak Moscato and a whole range of other great wines which will be available at Giant in December, including the Blason de Algaria wine, Tavernello Lambrusco, and Romio Prosecco. 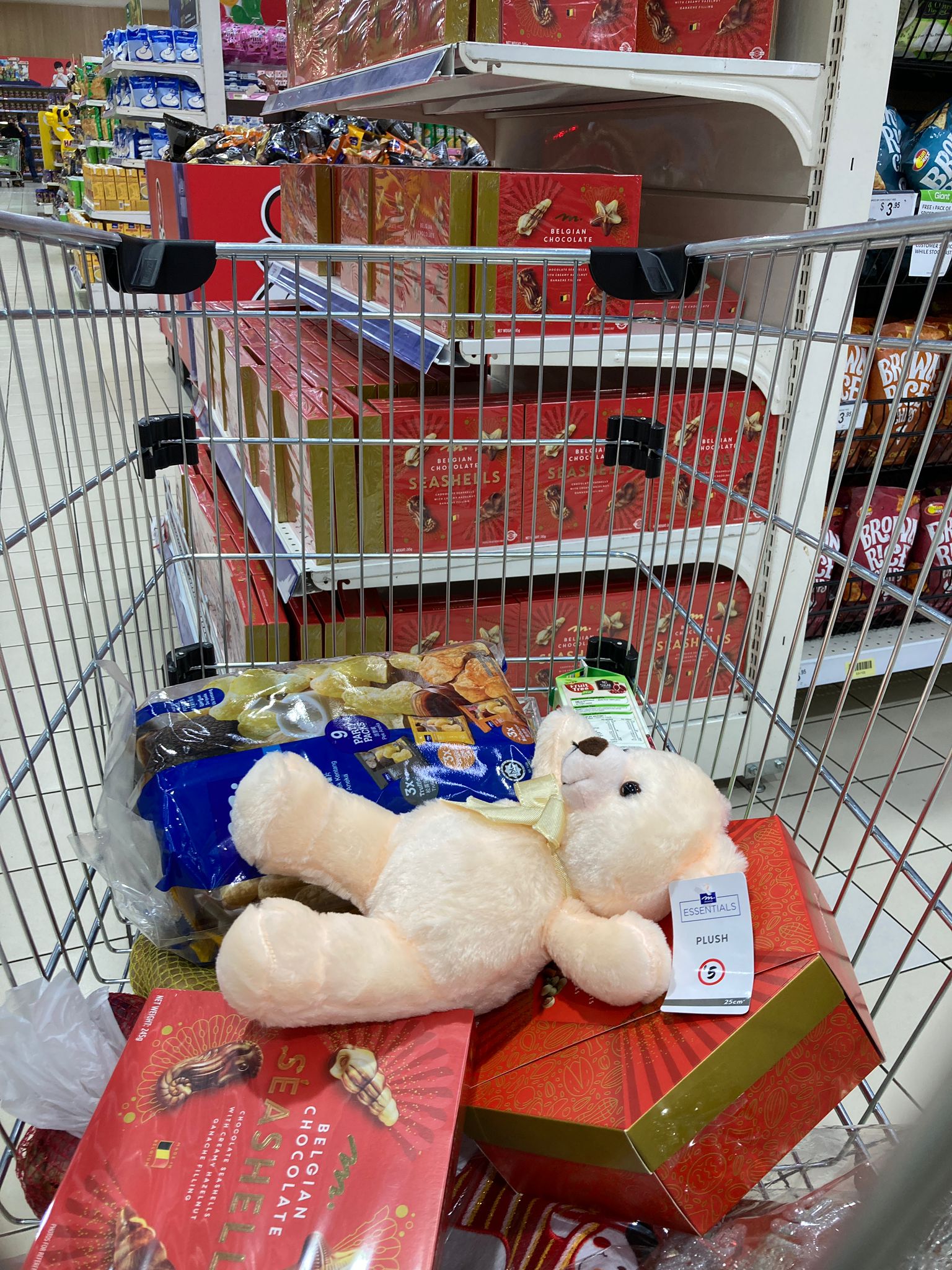 Setting up before the party

The next day came — the day of the party. Our friends would be arriving around 7pm, so we started preparing around 5pm.

While that might sound like a pretty short amount of time to get ready for hosting a party, it was actually feasible because everything in the Hearty Holiday Feast comes pre-cooked, and only needs to be reheated.

But before I got to that, first I had to do the most important thing: blast Christmas music throughout the house.

Reheating the meat was pretty straightforward; all of the dishes come with instructions for how long and what temperature at which to reheat them.

I also prepared my roasted vegetables and popped them into the oven together with the meat as it reheated. While our dinner cooked/reheated itself in our oven, my boyfriend cleared all of our mess from the living room, and we put up the Christmas decorations to complete the Christmas-y vibes. 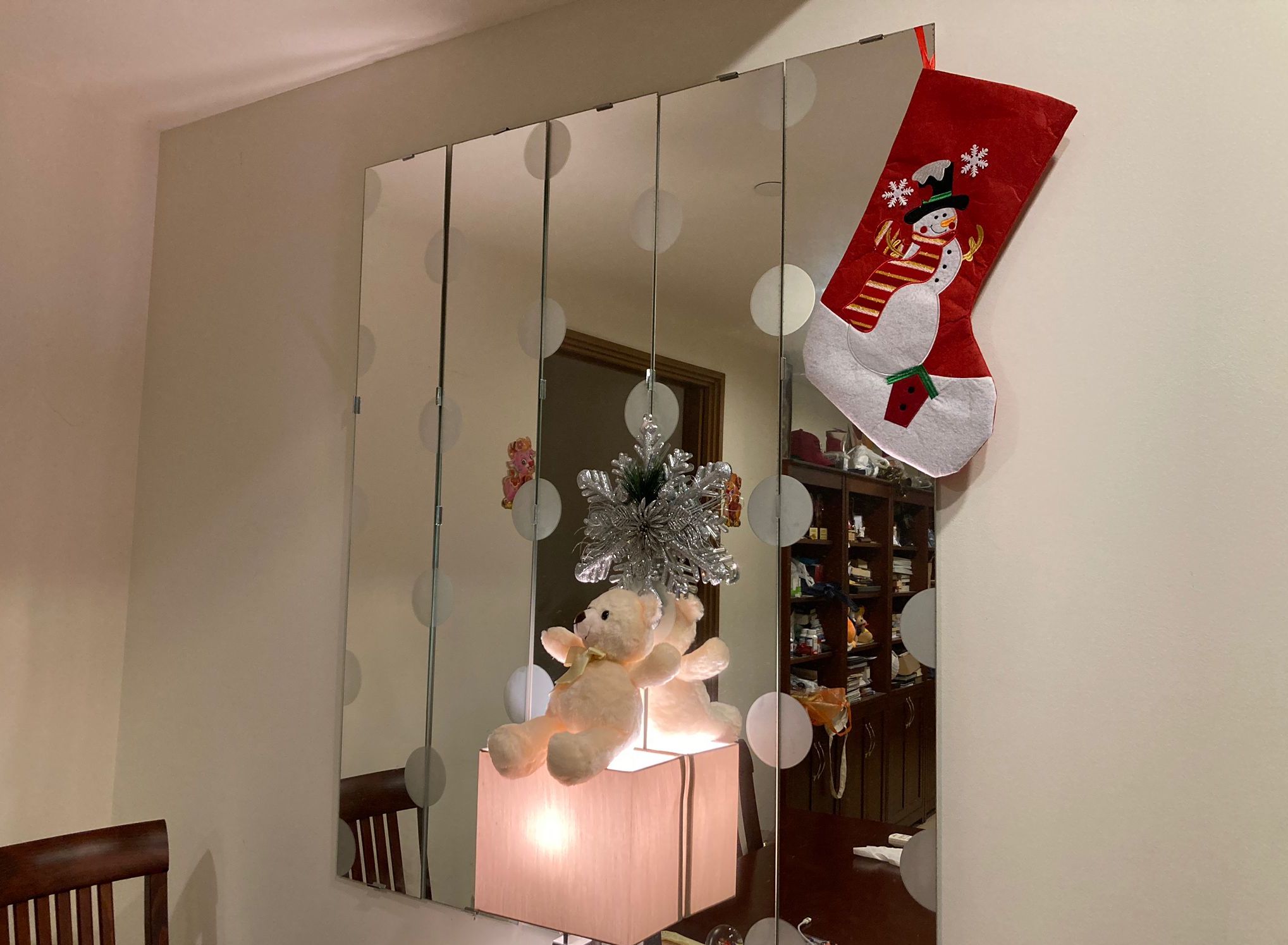 Since there’s no snow in Singapore, we got a giant silver glitter-covered snowflake to make up for it. We had also picked out a snowman stocking, a teddy bear, and a mini Christmas tree table decoration.

We set out the Meadows chocolate seashells (two for S$8.95), Ferrero Rocher, and Kit Kat Milk Block for our friends to enjoy when they arrived.

Soon afterward, our friends arrived and they were indeed overjoyed by the array of chocolate. 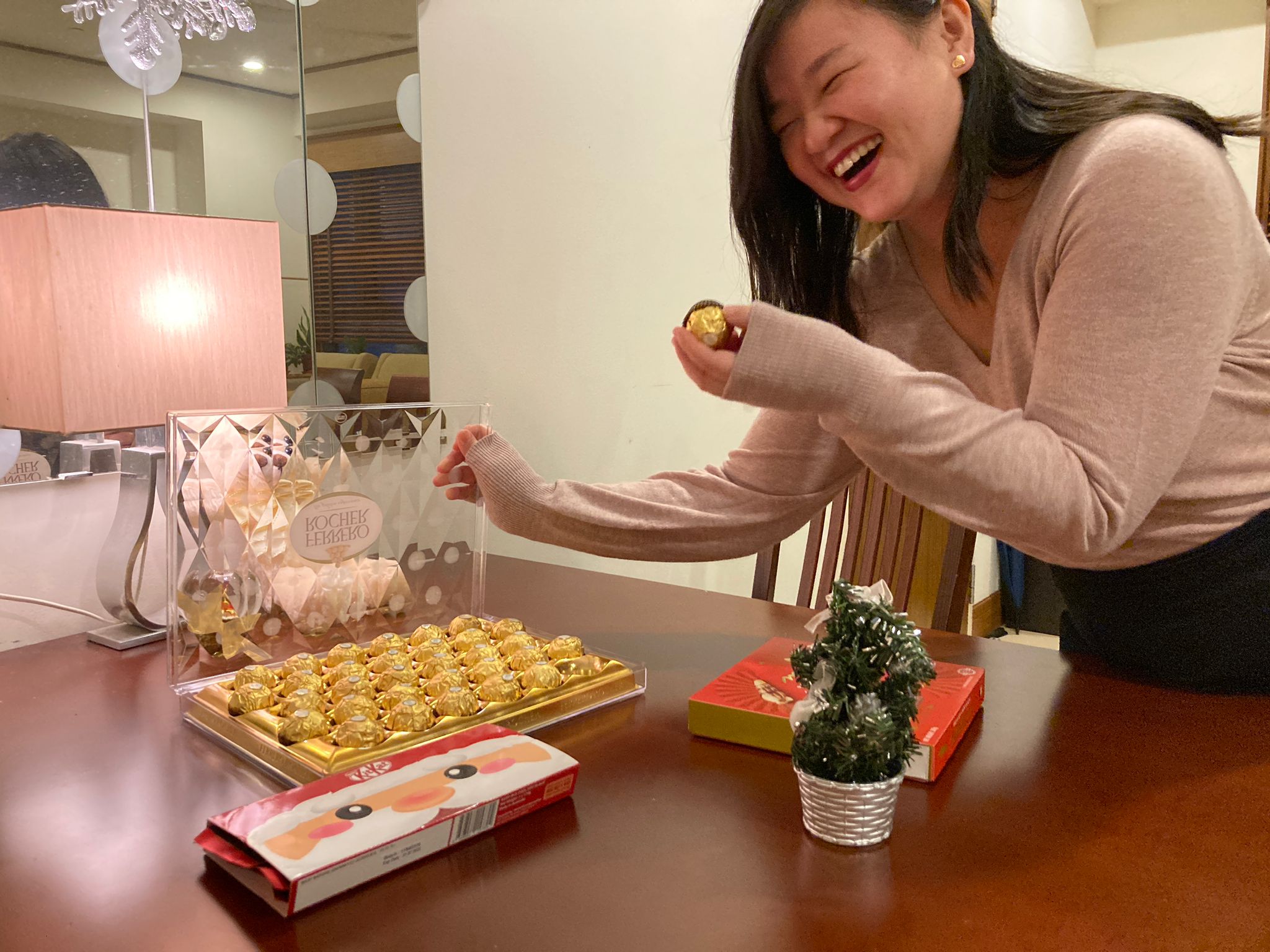 Finally, the moment had arrived. It was time to dig in. 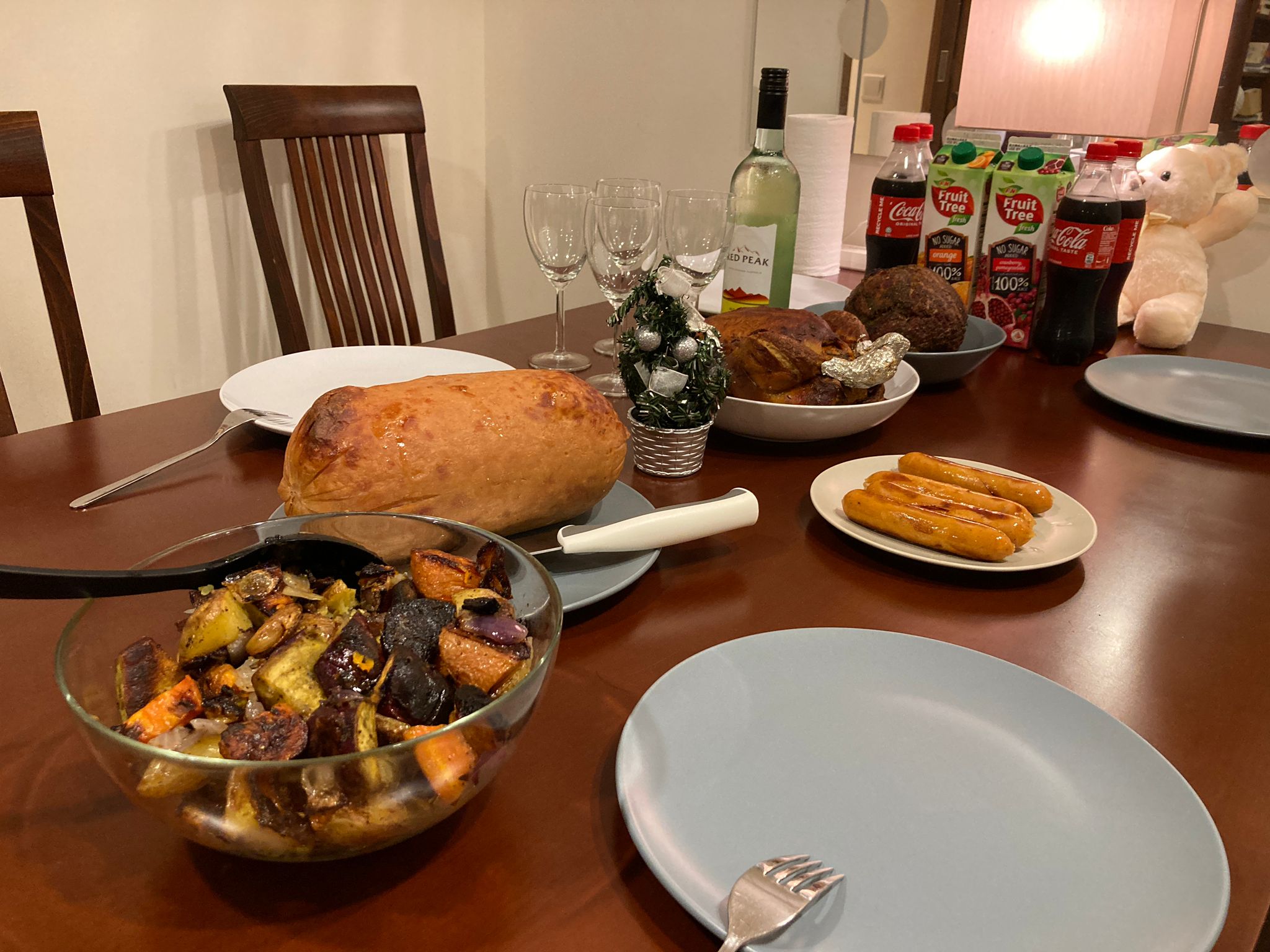 We started off with some wine and a toast, but we couldn’t hold ourselves back from the food for long, as it smelled delicious. 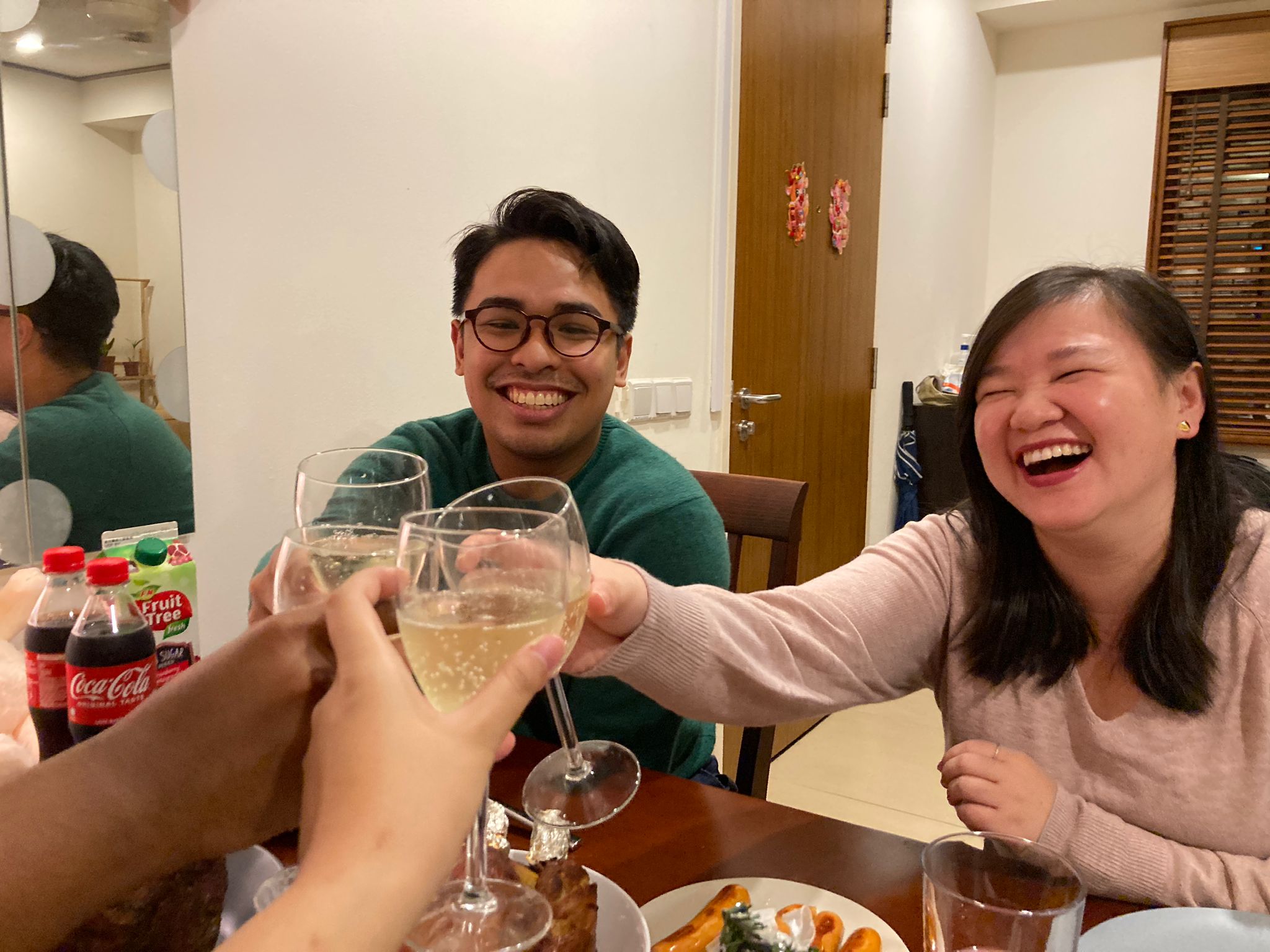 It tasted just as good as it smelled, and we devoured our plates of food in no time. While all of the meat options were so tasty, I have to say I was pretty proud of how the roasted veggies turned out too. 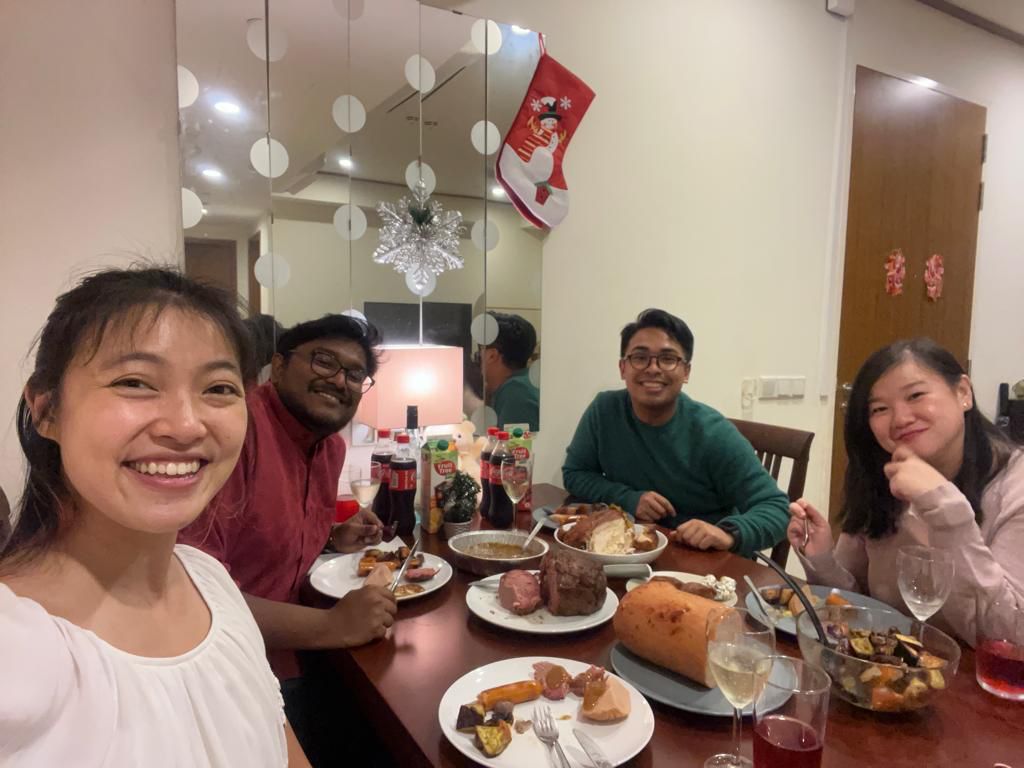 By the time we finished eating, we were all so stuffed. Yet, we had only managed to finish about one-third of the meat.

Since this feast was meant for six to eight people, we had plenty of leftovers — which, let’s be honest, are the best part of any holiday feast — which we packed away to reheat for future meals.

After dinner, we quickly prepared some double chocolate fudge brownies made from Betty Crocker brownie mix, also part of Giant’s Lower Prices That Last, at only S$4.10 (usual price S$4.90). While the brownies were baking in the oven, we settled onto the couches to enjoy one of Netflix’s new Christmas movies, “Love Hard”. Another reason I love Christmas time is because of the cheesy and sappy — but super heart-warming — movies that are released this time of year. 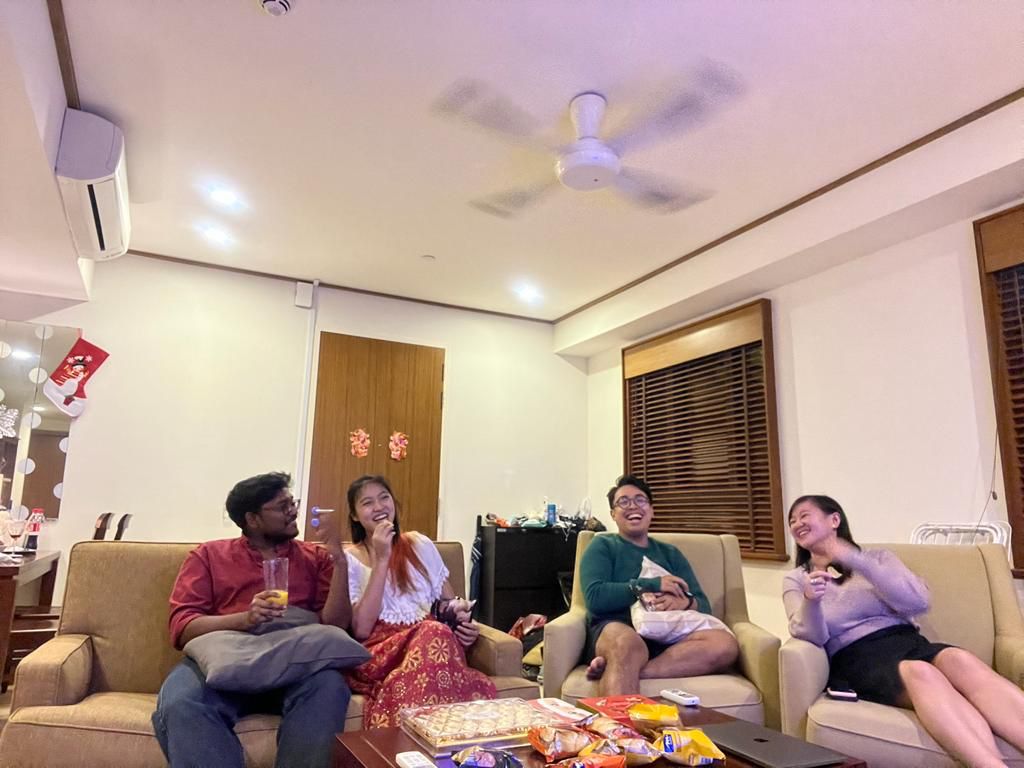 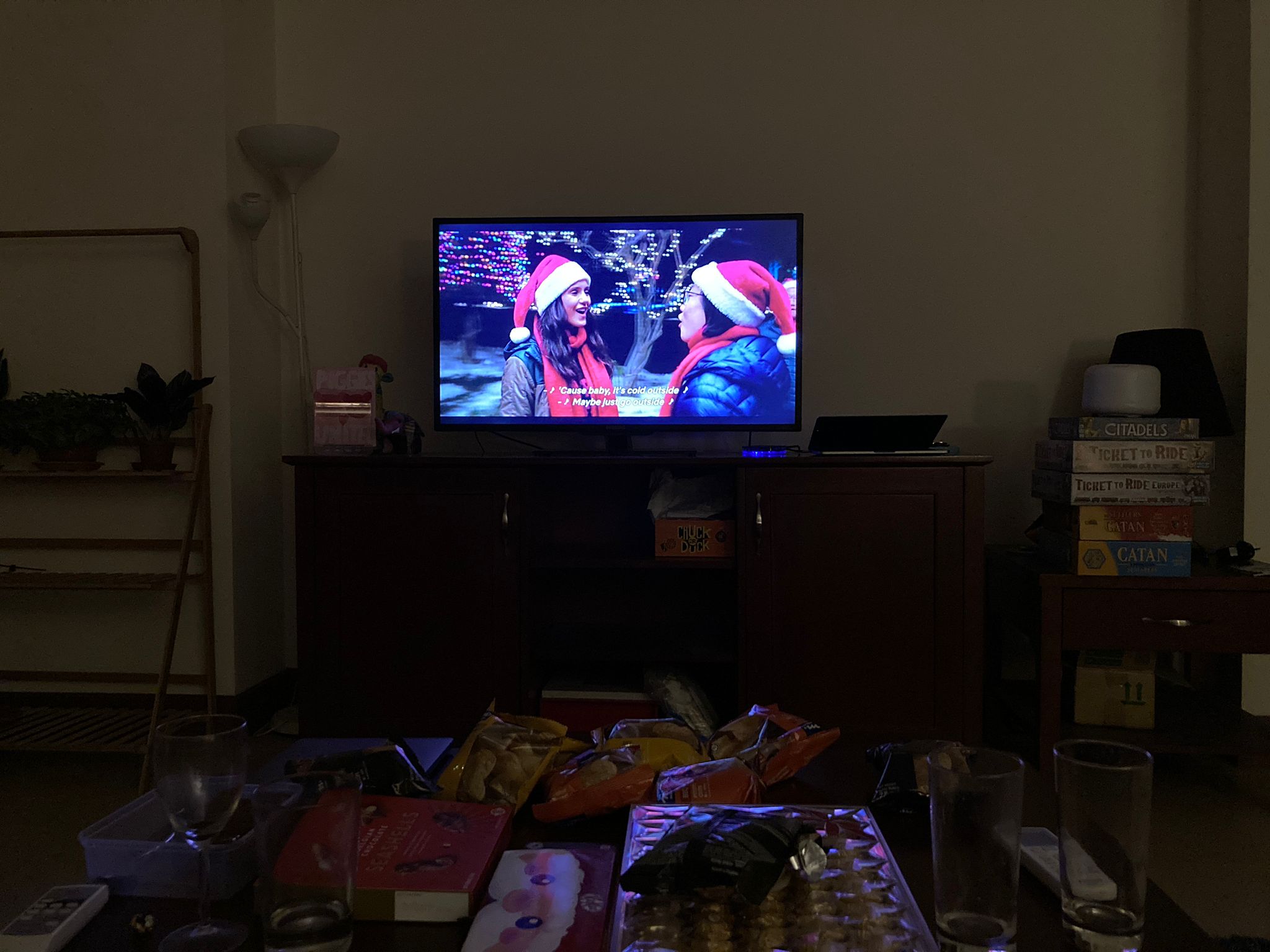 And although we had just finished stuffing ourselves for dinner, there’s always room for a snack, especially while watching a movie.

We helped ourselves to some Meadows Mixed Nuts (S$8 for 300g) and Meadows Party Mix Potato Chips (S$4.50 for nine packets). 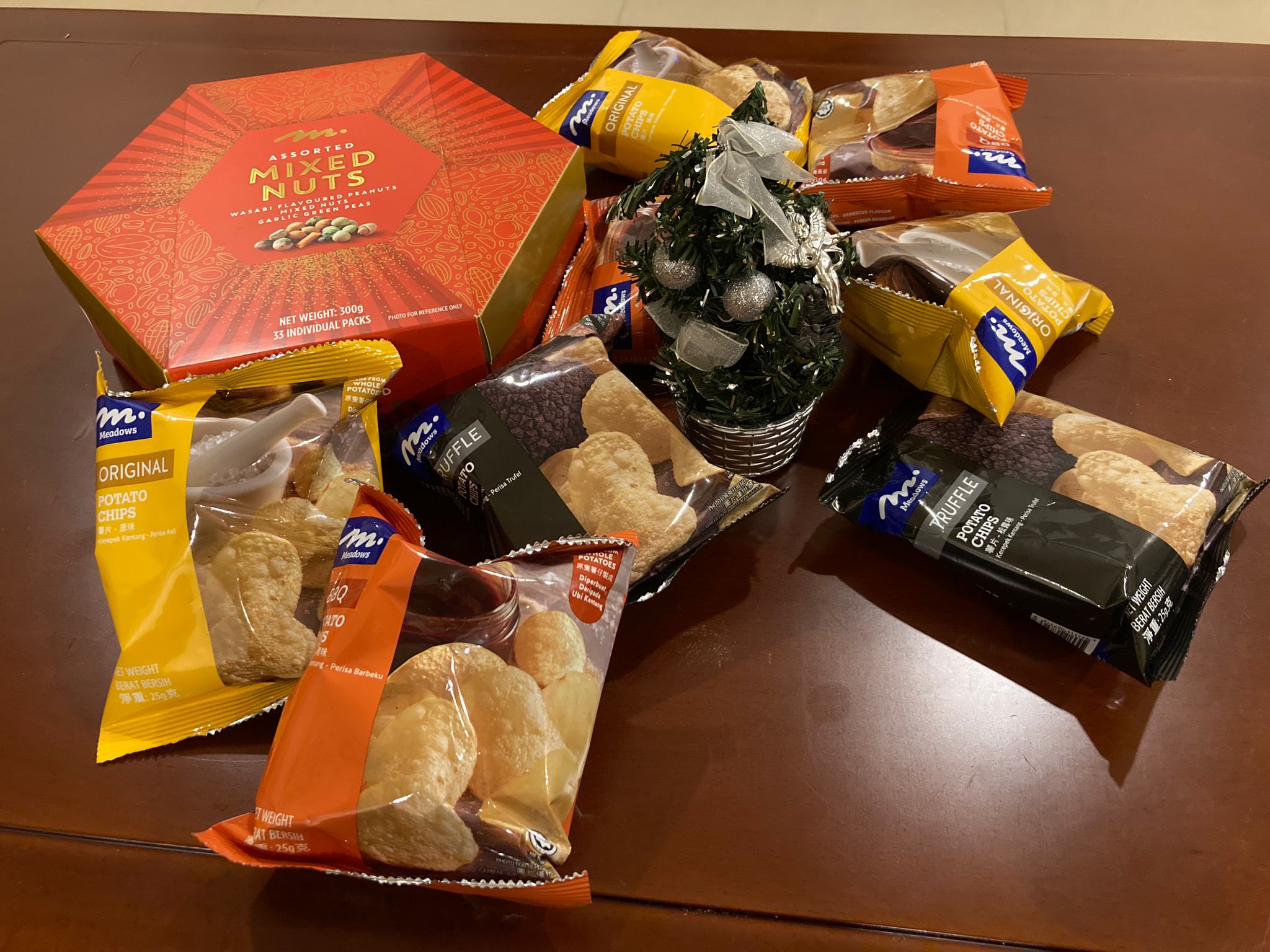 Unfortunately, the brownies didn’t quite turn out how we had planned (I think the pan I used was too big, so the top and edges got burnt, oops). 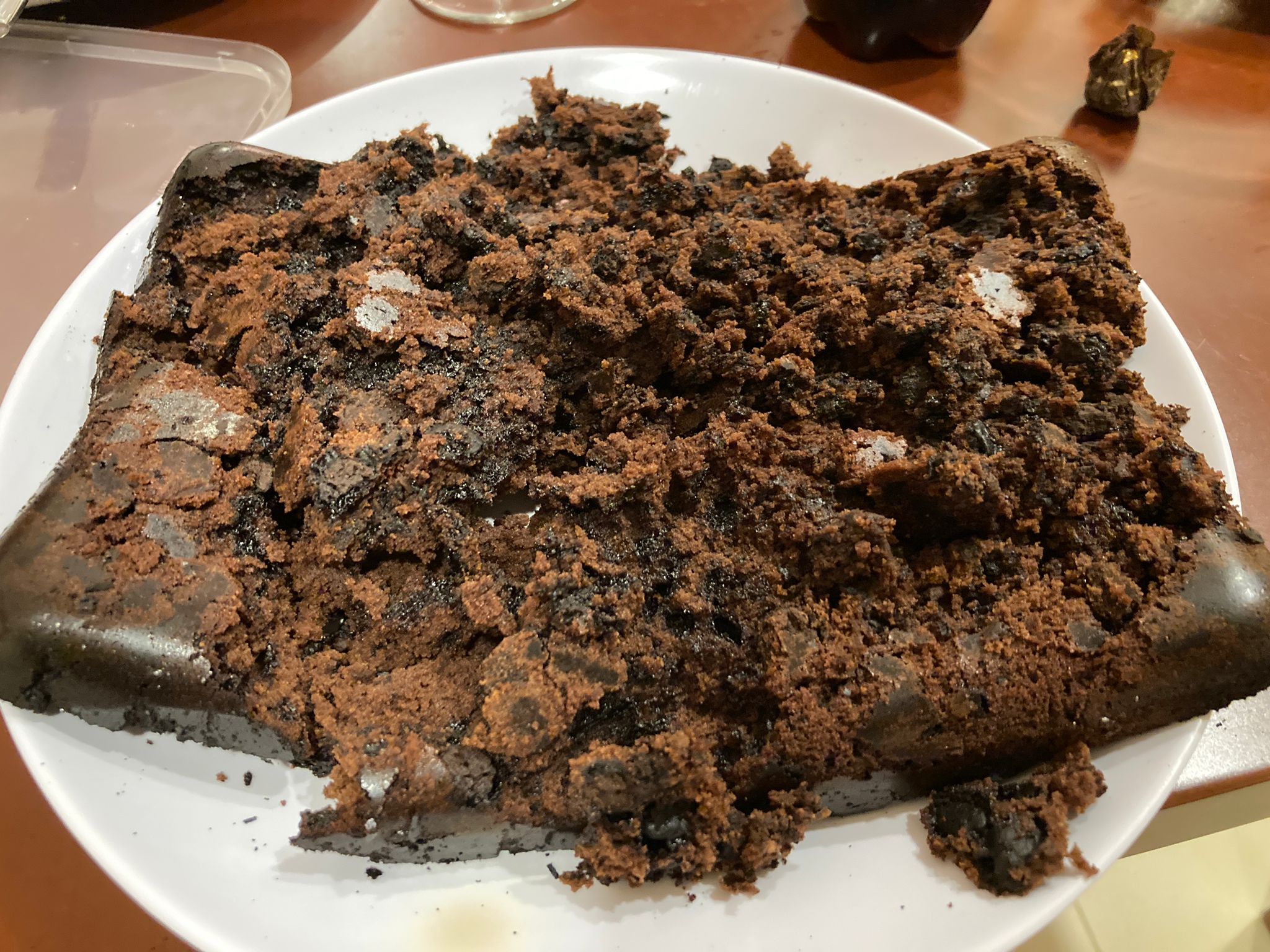 But they were still pretty tasty, and the fact that they were very affordable — being from Giant’s Lower Prices That Last range — made me feel not too bad about messing them up. I'll definitely plan to buy them again in the future to give it another try.

If you’re also planning a small Christmas gathering this holiday season — especially now that households are allowed to have up to five distinct visitors per day — without burning a hole in your wallet, Giant is the one-stop shop you need, offering a wide range of great value and quality items ranging from food, to gifts, and even decor.

Giant’s Wishing Tree was launched in partnership with UOB Cards, and until Christmas Eve (Dec. 24), customers are able to scan the on-site QR code and “make a wish” on Giant’s microsite.

With this being the season of giving back, S$2 will be donated (up to a total of S$20,000) for every wish made on the microsite to the Children’s Wishing Well, a charity that supports low-income families.

In addition, 10 meaningful wishes will be chosen from the customers who submitted their wishes, to have their wishes granted (up to a value of S$1,000 per winner). So when you head down to the store, your wishes just might come true. Literally.

This sponsored article brought to you by Giant made the author even more excited for Christmas than she already was.

All photos, including top photo, by Jane Zhang unless otherwise indicated.